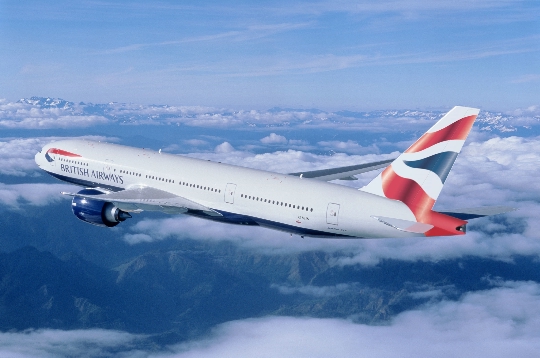 The United States is widely regarded as the cinematic capital of the world, and for moviegoers, it is the perfect place to take a road trip through the filming locations of famous blockbusters such as Home Alone or Back to the Future..

British Airways partnerships with American Airlines, Finnair and Iberia make travel to North America easier than ever. BA non-stop flights and transfers from 28 European airports take passengers to 242 destinations in the United States and Canada. And when ordering a package offer that includes an air ticket, hotel accommodation and car rental, you can get a discount on the flight..

British Airways presents a selection of locations where films of various genres have been filmed, from romantic melodramas and action films to comedies and children's films. It will be interesting to go on such a trip with the whole family..

Back to the Future - Los Angeles, California

You can start your journey with a photo shoot with the Hollywood sign in the background, and then visit Hill Valley, a small town from the Back to the Future trilogy. Many scenes from the first two films were filmed in the Los Angeles area, including Doc Brown's Gamble House and the famous dance Enchantment Under The Sea at the First United Methodist Church in Hollywood. Ride the roller coaster at Universal Studios and visit the famous Courthouse Square, where filming took place.
Los Angeles is also home to a large number of mansions, in the interiors of which many films have been filmed. The largest mansion in Beverly Hills, Greystone Mansion, has appeared in a dozen films: Professor Xavier's School (X-Men), the Hospital (Star Trek: Retribution) and the Green Goblin Home (Spider-Man).

A six-hour drive north along the coast, in the Bay of San Francisco, is the prison island, where the drama about the famous escape in 1962, which has become a classic of world cinema, was filmed. Here you can stroll through the national park, join a guided tour of the prison and see the cell of Clint Eastwood's hero, Robert Stroud, in which he left his papier-mâché head in bed to fool the guards. The films "The Rock" and "Point Blank" were also filmed on the island..

Eight hours on the road, and you are in the "city of sins", where the shooting of the film about the famous bachelor party took place. In the film, you can see the real lobby of the famous Caesars Palace hotel, where the heroes stay. But the ill-fated number is a decoration, like the wedding venue - The Best Little Chapel.

Staying in the same state, head to Phoenix, where the single room footage was filmed opening the legendary Alfred Hitchcock film Psycho. This building once housed the Jefferson Hotel, but later turned into the Phoenix Police Museum. The shower scene wasn't filmed at this hotel, the Bates Motel was a set built by Universal Studios in Hollywood..

The next destination is a long road, so you can stop in El Paso, New Mexico. What's Eating Gilbert Grape, starring Johnny Depp, is set in Endora, Iowa, but die-hard fans know the movie was filmed in Lone Star State. The town of Manor in east Austin was the main filming location for the film that kicked off the careers of Depp and Leonardo DiCaprio. Among the most famous sights is the water tower, which is climbed by Arnie, the character of DiCaprio.

Macaulay Culkin stars as the naughty boy Kevin McCallister in this classic Christmas movie, which was filmed predominantly in and around Chicago. The road from Austin to Chicago will also be long, so we recommend stopping in Memphis, Tennessee. When you get to windy Chicago, you can visit the real home of the McCallister family. It is located on Lincoln Avenue in the north of the city. This is an apartment building, so unfortunately you won't be able to look inside. But you can visit the place where Kevin met Santa, it is located opposite Winnetka Village Hall on Green Bay Road.

Dare to swim when you arrive at Martha's Vineyard - the resort that served as Amity Island in the Steven Spielberg films? This northeastern destination will begin the journey down the East Coast. Boston has many filming locations for Jaws, including the beach where the boy Kintner (
Josephy A Sylvia State Beach) and a "safe" lagoon where a shark almost eats Brody's son (Sengekontacket Pond).

Sex and the City - New York

The Big Apple serves as a filming location for countless films. You can join a bus tour and see over 40 locations in one trip. The famous streets of New York appear both in the TV series Sex and the City and in the film of the same name. If you find yourself in Midtown Manhattan, walk to the New York Library, where Kerry and Mr. Big were supposed to get married, or visit the Upper East Side to admire the exterior of the luxurious penthouse that the heroes buy at the end of the film..

Grab your sneakers and get ready to climb 72 of the most iconic steps in Hollywood history, now known as the Rocky Staircase. Everyone remembers the scene in which the hero of Sylvester Stallone runs up the steps of the Philadelphia Museum of Art, preparing for the next battle. The staircase has become so popular that some locals take up seats and photograph tourists for a small tip..

The final section of the journey south runs through states where you can stop and rest, such as North or South Carolina. In Florida, you can find a fictional city from The Truman Show. It may look too perfect from the screen and therefore unrealistic, but in fact the town of Sehaven is an existing Seaside resort. It stretches over 80 acres along the Florida Bay and has 300 homes, many of which are rented out. Seaside was recently voted “World's Best Beach” by Travel + Leisure magazine and was featured in the “Top 10 Beach Towns in Florida” article published in USA Today. Movie buffs can also visit Universal Studios for the Harry Potter and The Simpsons themed rides..
To make your exciting weekend at the locations of your favorite films more profitable, a special package offer, available on the official British Airways website, which includes a luxury car rental, will help you. The route begins on the West Coast in Los Angeles, home of Hollywood, and ends in Florida, on the East Coast. The journey can be started from anywhere on the route, depending on the duration of the trip and the budget.