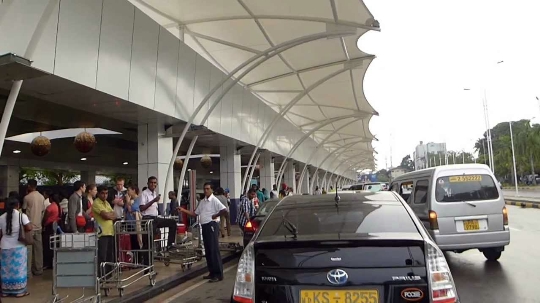 Magnificent relaxation on the beaches of the paradise island and tasting the world's best black tea are already good reasons to buy air tickets and land at the airport in Sri Lanka. Then you don't have to do anything - just relax and enjoy the ocean, waves and the amazing atmosphere of the island, where it is not customary to rush.
Russian tourists travel to Ceylon Paradise on the wings of Emirates via Dubai, Qatar Airways via Doha and Etihad Airways with a transfer in Abu Dhabi. The journey takes 14 hours plus connections. Charters fly from Moscow to Colombo during the high season.

Despite its very modest size, the island of Ceylon has almost two dozen operating airports on its territory. Of these, two have been assigned international status:

Sri Lanka's Colombo airport is named after the country's former prime minister. It was built during the Second World War, but since then the air harbor has been modernized and rebuilt more than once..
The city where the airport is located is the capital of Sri Lanka, and a bus that runs every quarter of an hour from the passenger terminal will help you get there. The journey takes approximately 30 minutes. The taxi service also runs smoothly and transfers to the capital can be ordered at the prepaid counter in the arrivals area.

The schedule of the airport of the capital of Sri Lanka contains flights of many world air carriers:

Own airline SriLankan Airlines has scheduled flights to Abu Dhabi, Beijing, Delhi, Karachi, Doha, Dubai, Hong Kong, Kuala Lumpur, London, Paris and Rome.
While waiting for the flight, passengers can use all the services of the airport. There are duty-free shops, cafes and restaurants, currency exchange offices, a post office..
Details on the official website - www.airport.lk.