Capital of South Sudan: map, photo. What is the capital city in South Sudan?

Juba - the capital of South Sudan 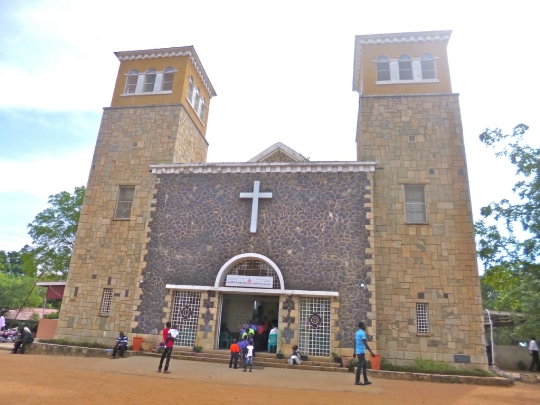 Among the states of North Africa, there are countries with good infrastructure, comfortable resort areas and a high level of service. But you can also find several unfortunate territories that are taking their first steps towards the benefits of civilization. This is clearly demonstrated by Juba, the capital of South Sudan, however, there are enough problems here..

History of the area

Historians are silent about whether there were ancient inhabitants on these lands, since archaeological excavations are practically not carried out due to the difficult political and economic situation. It is only known that in the 19th century a trading post and a so-called mission was founded here, which had an interesting name - Gondkoro.

The political map of the area was constantly redrawn, and not only local leaders, but also many world powers took part. For example, Britain planned to unite Uganda and southern Sudan. These plans were not destined to come true, but the southern and northern parts of Sudan were united in 1947. Military actions continued later, as a result of which there is simply Sudan and South Sudan on the modern political map..

Currently, the question of which city will be the new capital of South Sudan has not been finally resolved. In 2011, the country's government planned to relocate government buildings and institutions to Ramsel.

The problem has not yet been resolved, since the economic crisis and civil war are more important issues to be resolved than the placement of the cabinet. In addition, the state does not have extra funds for large-scale construction..

Travel to the land of gazelles

The tourist service in the country is in its infancy, its development was hampered by the civil war. Rare travelers who crossed the borders of South Sudan chose other, non-capital attractions, for example, a visit to Boma National Park. It is located on the border with Ethiopia, on the side of which the Gambela Park is located. Experts from the two countries are conducting research on the local fauna, are engaged in the protection of rare animals and birds that live here.

Boma Park was formed in 1986, its main territories are savannah and river floodplains, and the main inhabitants are: white-eared mares; gazelles Mongalla;. zebras;. giraffes and oryxes. Also, this park is an important habitat for many birds, the most interesting of them are the African vulture and the snake eagle..