Bambu Island near Phi Phi - included in all excursions

Bambu Island (actually Ko Mai Pai) is located five kilometers from the southern end of Phi Phi Don, and three kilometers from Mosquito Island (aka Ko Yang). It is considered a classic tropical paradise, with a la bounty beach, azure sea and magnificent views of the clear horizon.

The island faces Phi Phi Don with a rocky, green side, and the beach itself is hidden at the opposite end of Bambu Island. Boats dock on both shores, and I still do not understand the principle - why some sail directly to paradise, and the second - to the wild jungle. Perhaps only thugs boatmen have the right to land on the beach itself, well, or if you gilded the handle to your captain.

And one more assumption - private boatmen (like mine) do not want to pay for visiting the National Park, so they drive tourists from the other side on foot in a circle, they say, this is a kind of entertainment. I’m not making it up, it’s my boatman who said so. And I was climbing the stones and thinking what the buzz is about. And considering that I did not know that there is a gorgeous beach on the other side of the island, I did not initially understand why so many people visit this stupid stone island..

Bambu Beach on Bambu Island is a huge sandy beach with white sand, quite civilized, with toilets, various amenities and - with a cafe. The only negative that instantly catches your eye: there are too many people on the beach, and a flotilla of boats is crowded together along the coast. Although we must pay tribute to the size of the beach - it is so large and wide that the crowd of tourists turns out to be not such a serious problem, and here no one jostle with anyone as on Maya Bay. The size of Bambu Beach has another effect: because of the heat, everyone tries to hide in the shade of trees, closer to the edges of the beach.. 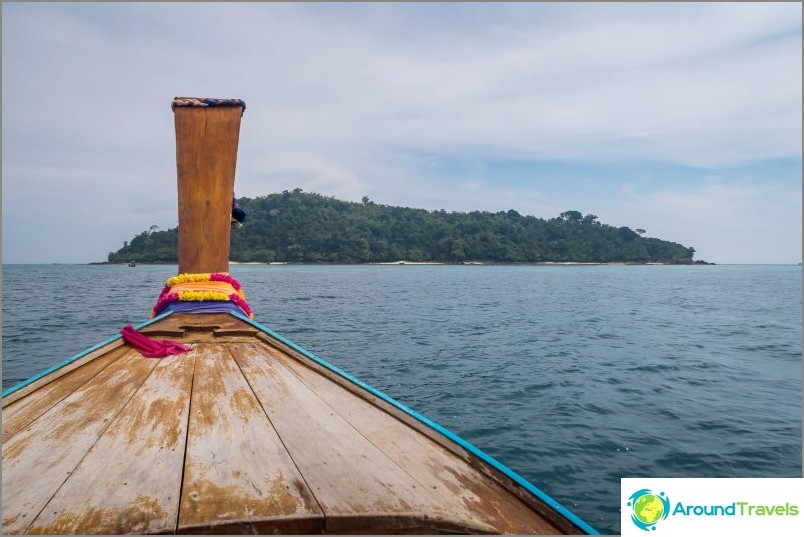 Bambu Island is seen ahead 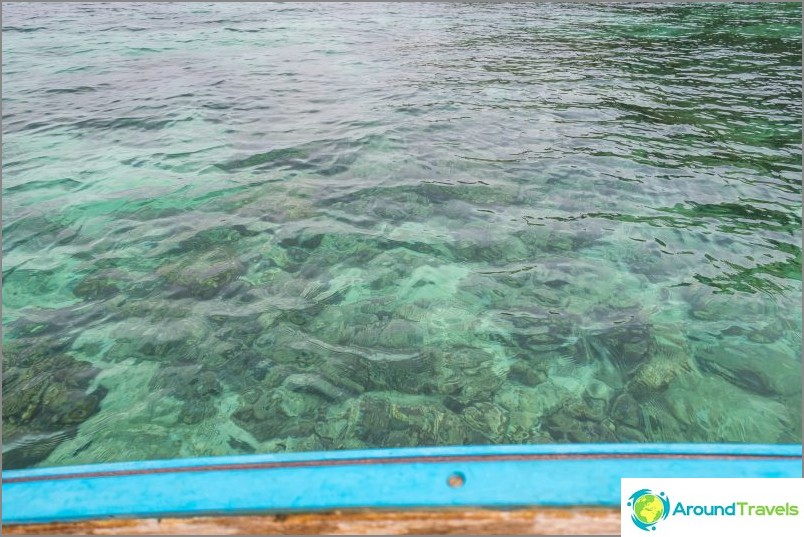 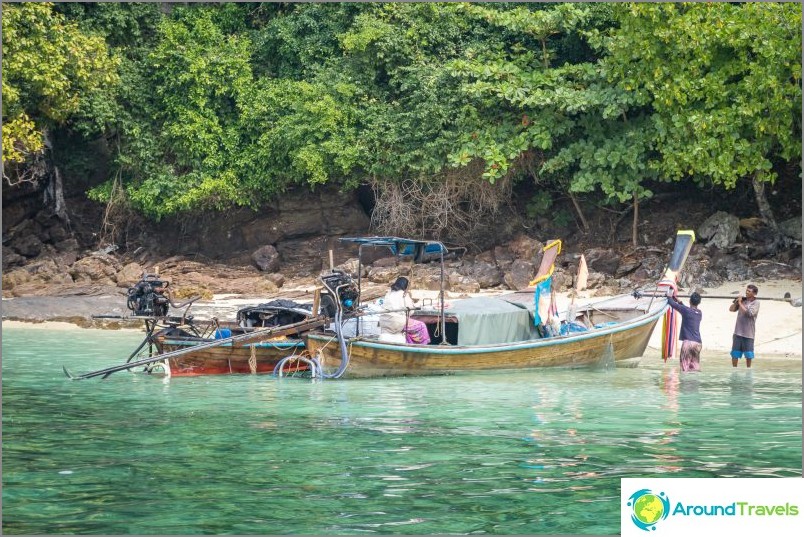 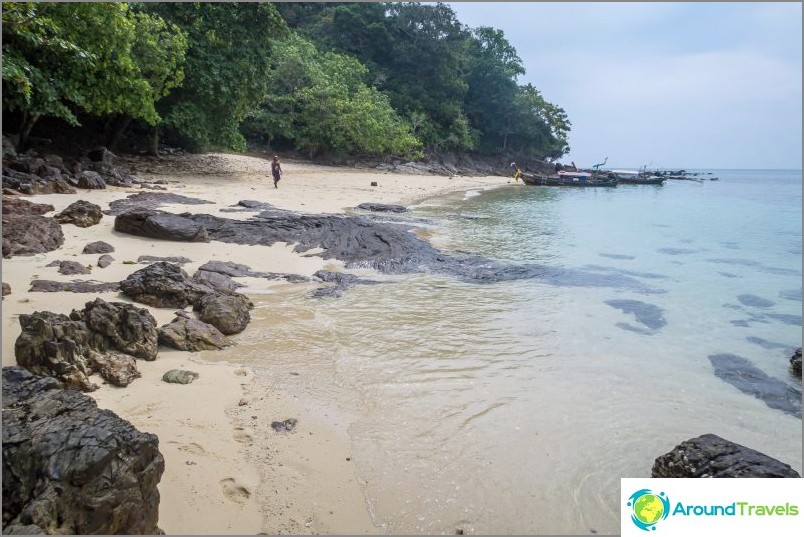 The boats are left behind, wandering around the island 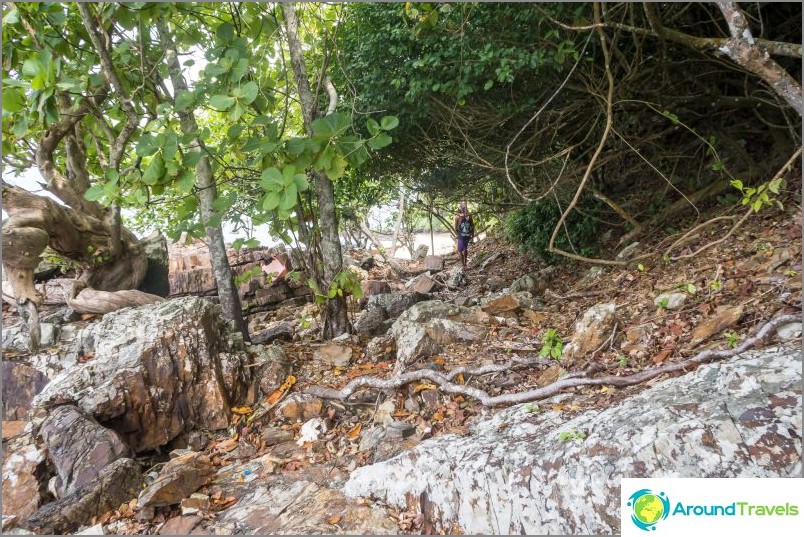 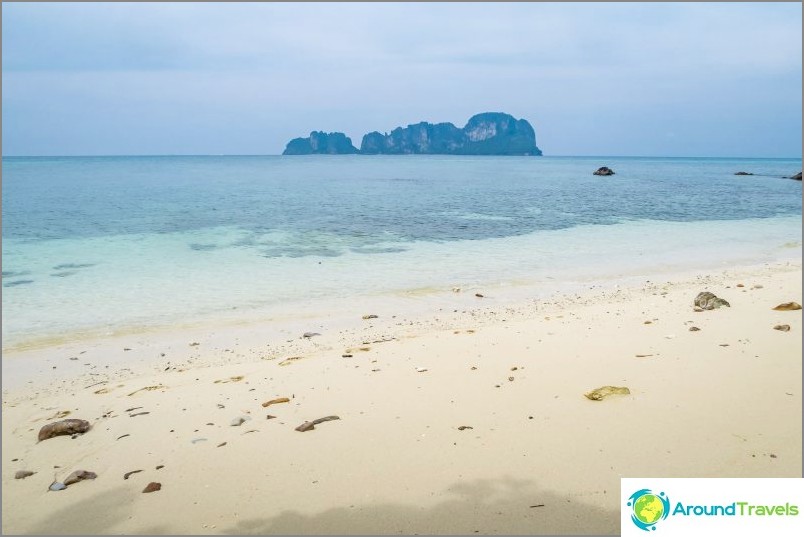 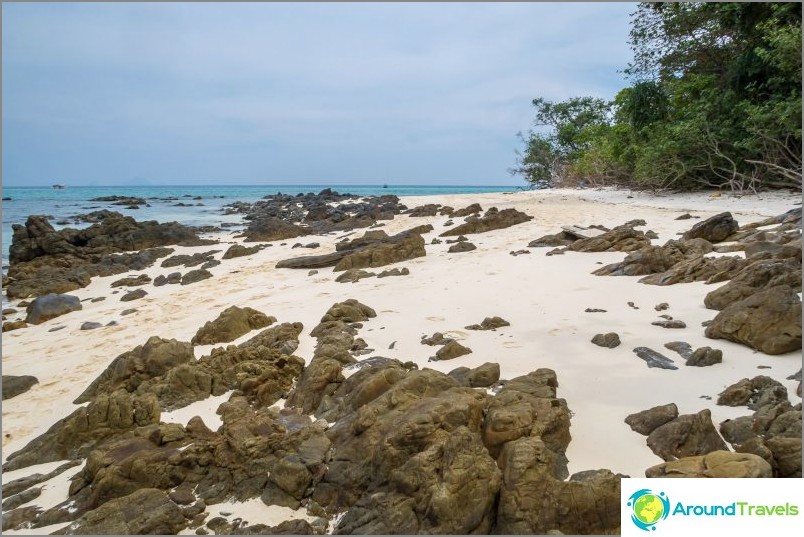 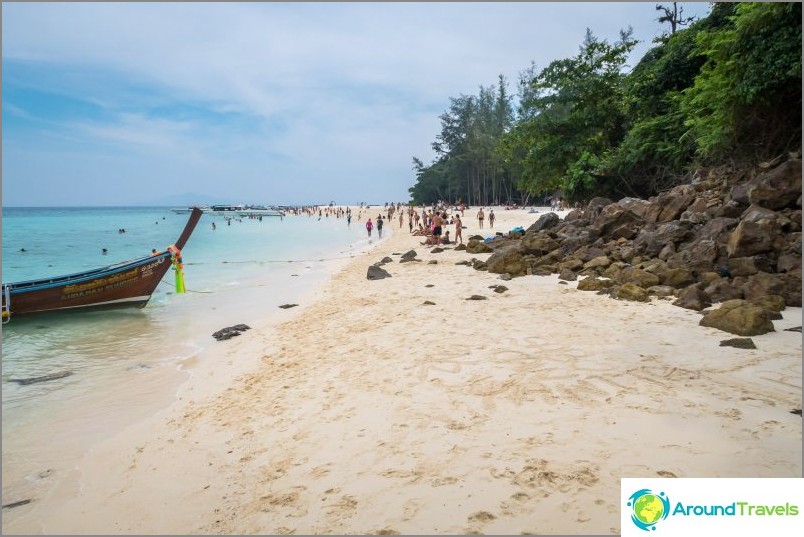 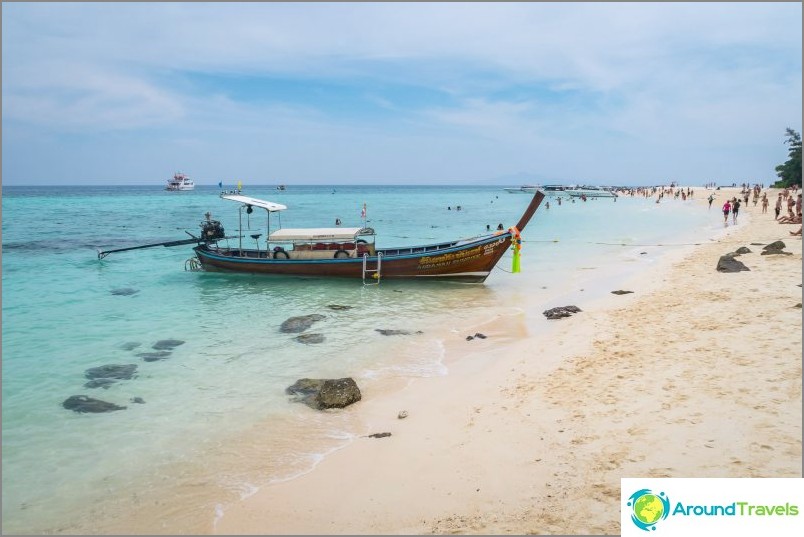 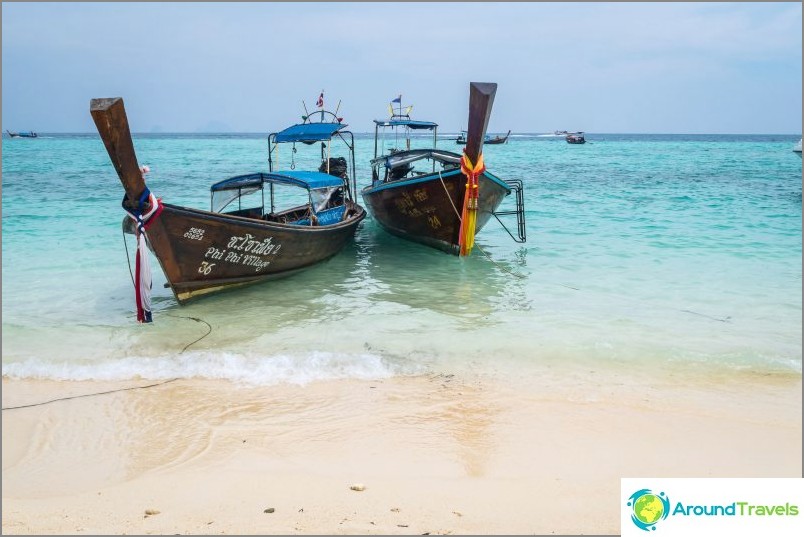 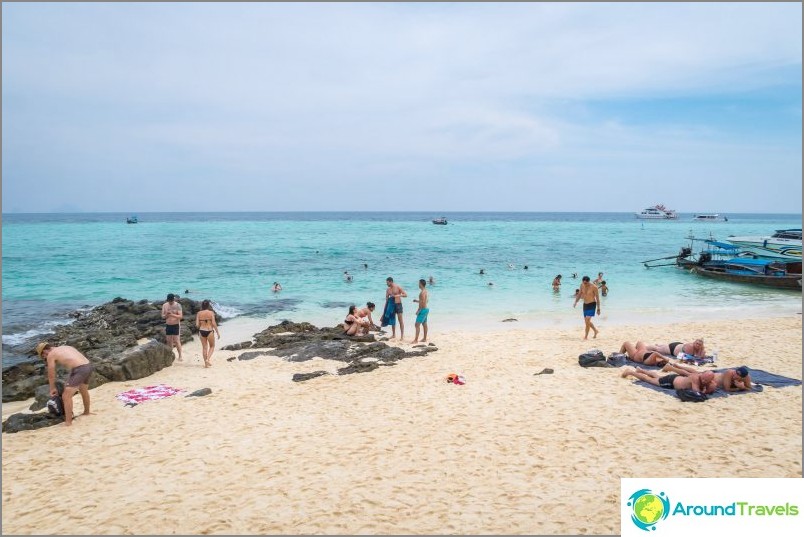 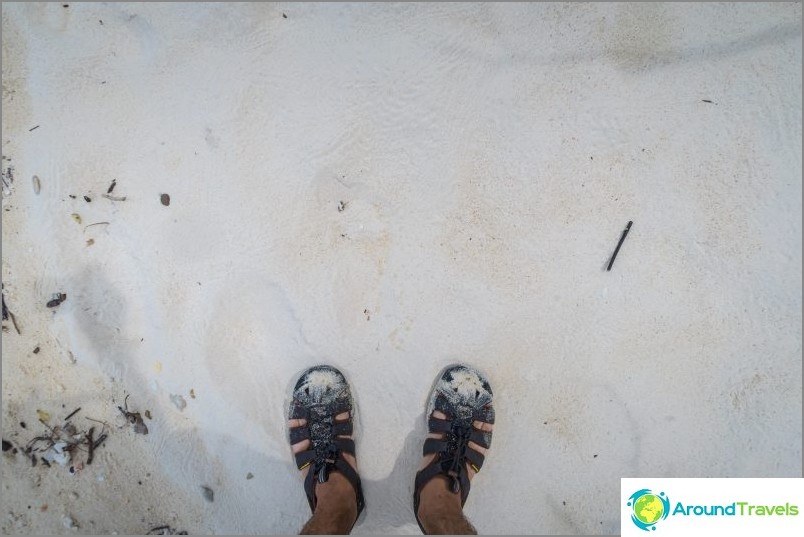 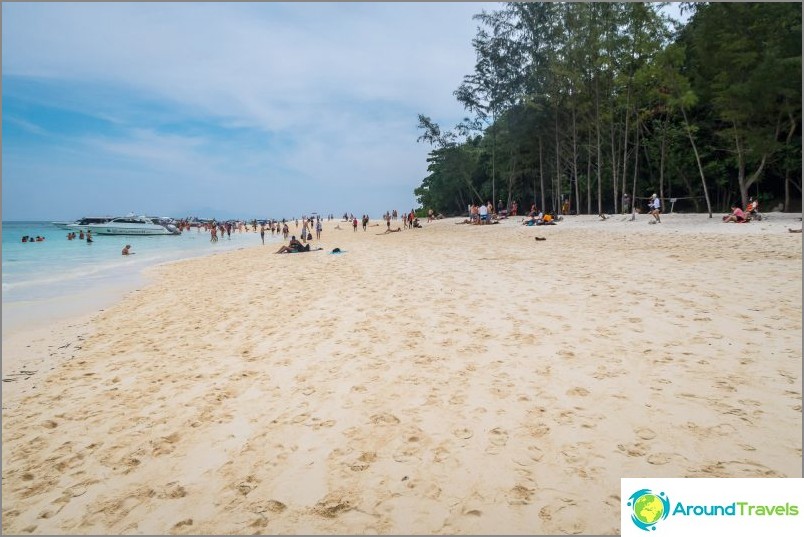 Here is Bambu Island in Thailand 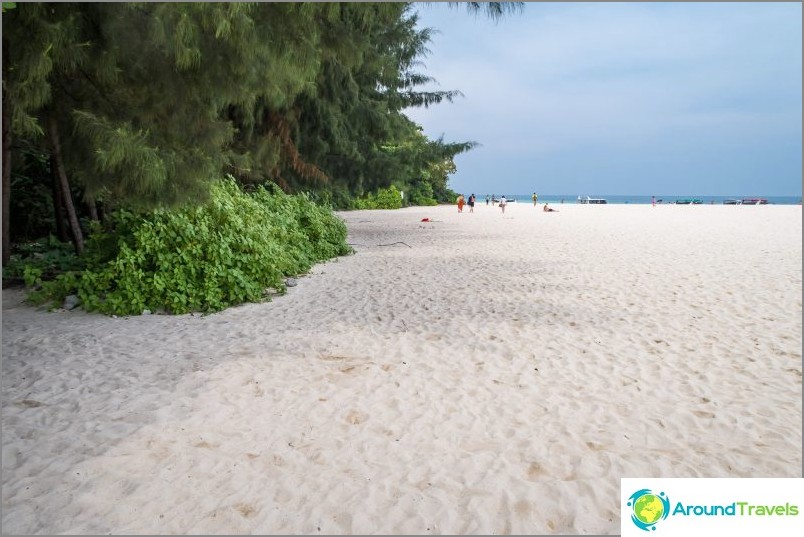 In general, the entire island can be slowly walked around in an hour, but everything interesting is on the beach. On the right edge of the beach, you can see the still preserved ruins of houses damaged by the tsunami on December 26, 2004, when all the lowlands of Phi Phi Don and the surrounding islands were under water for some time..

Because of the surf line, a strip two or three meters wide along the coast of Bambu Beach is slightly unclear, but with calm water here you will find complete relaxation (but not solitude). The central part of the beach, from its width, seems quite free, despite the people and parked boats.. 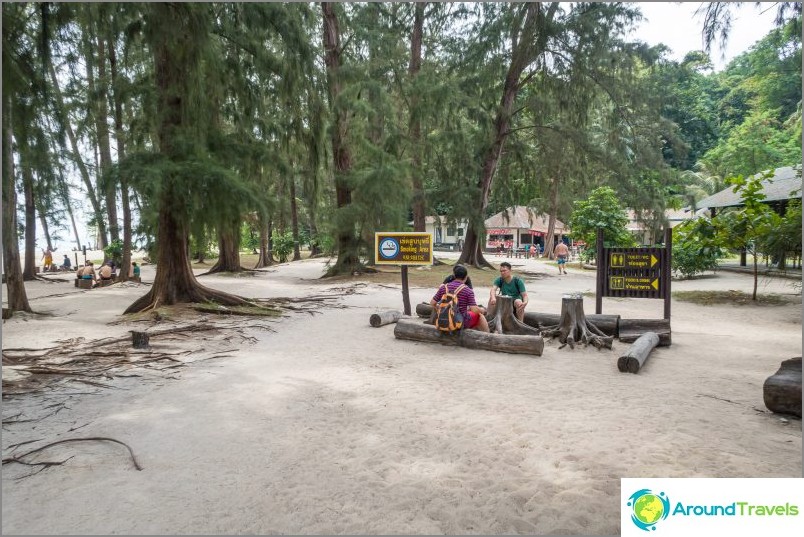 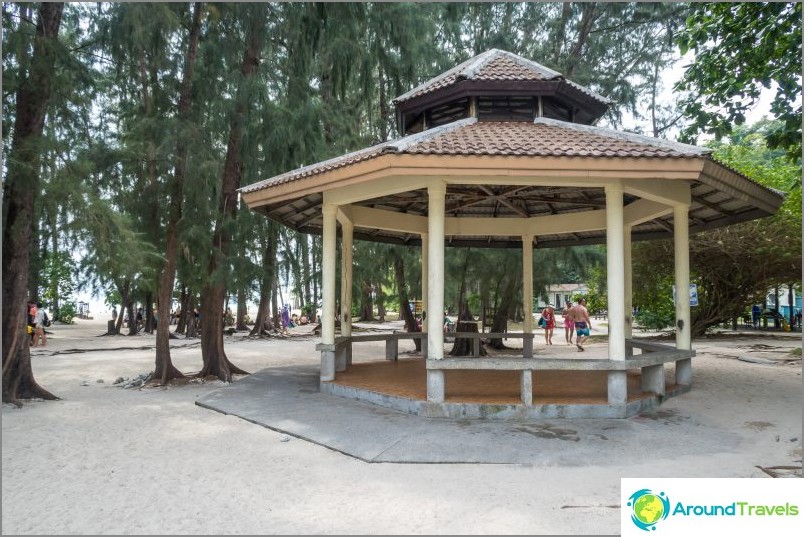 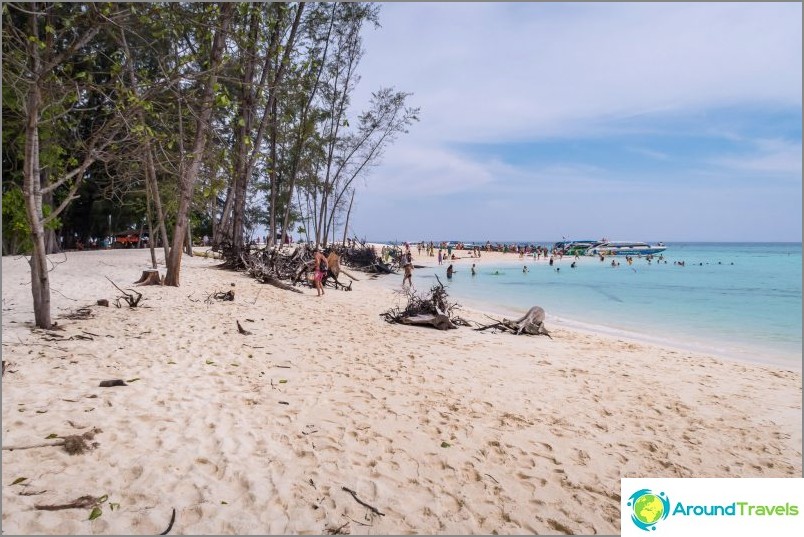 Right side of Bambu Beach 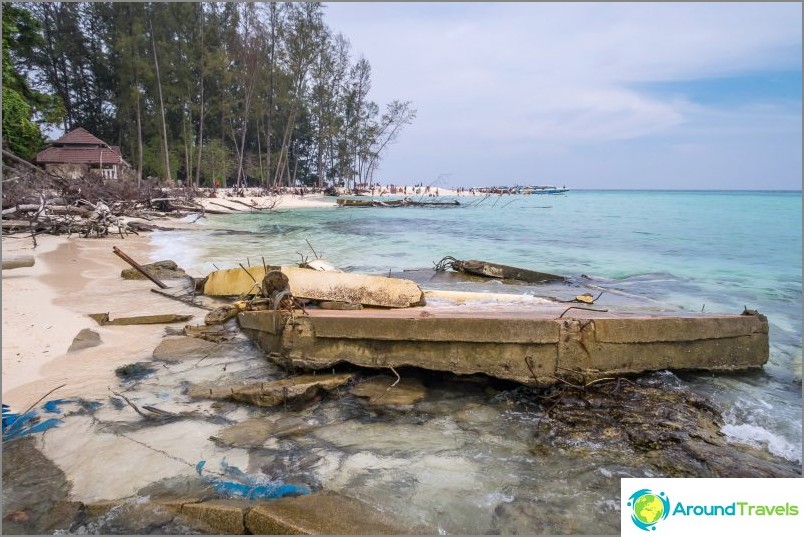 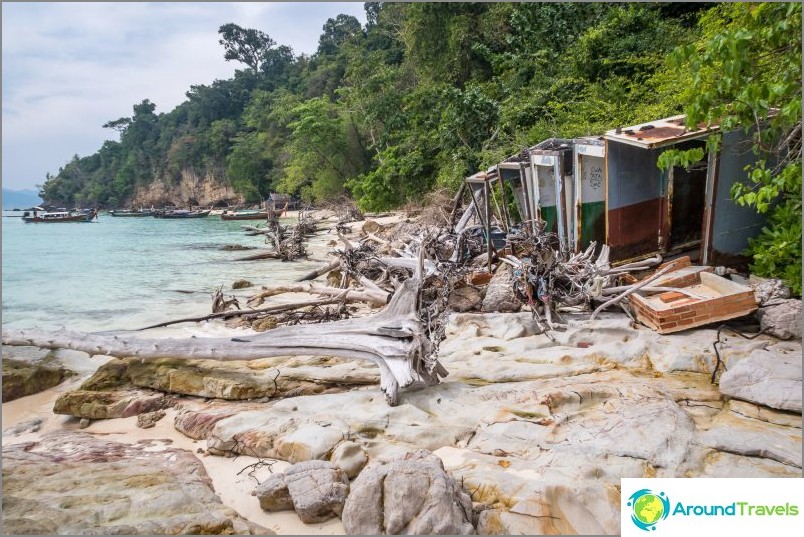 Ko Mai Pai is an island from the category of reserves, so the entrance is paid: 400 baht per adult and 200 per child.

Prices for drinks and snacks are high - drinking coconut 120 baht. The cafe does not sell alcohol. Smoke only in designated areas.

By the way, as one of the options distant «wrong» disembarkation is just the payment of the duty to the National Park, which the boatman chose to keep for himself, because they usually take from arriving boats, and not personally from each tourist.

There are no tent camps or bungalows here. By the way, I have not met bamboo on Bamboo Island, but there are a lot of casuarinas, which are so similar to our larches..

Opposite the beach, at some distance from the coast, there is a reef with fish. Not the Red Sea, but nevertheless, people who are keen on are quite amiss to take their souls away, beware of currents. 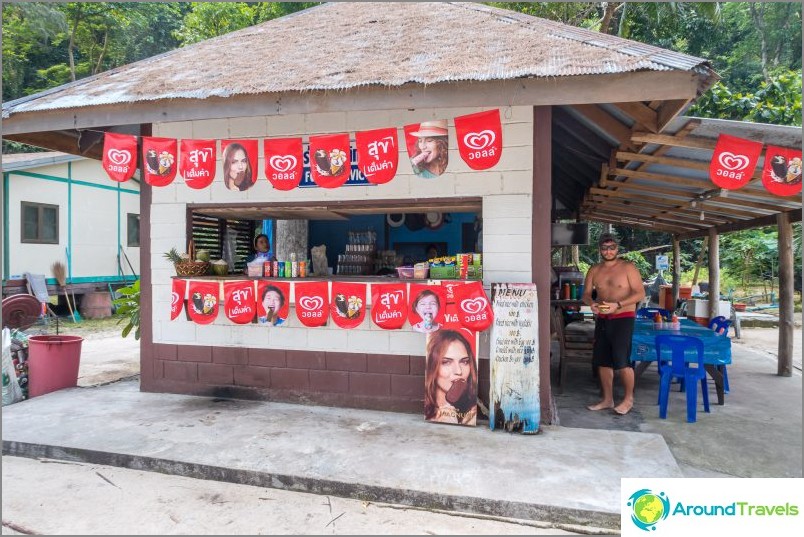 Similar to a cafe, no assortment 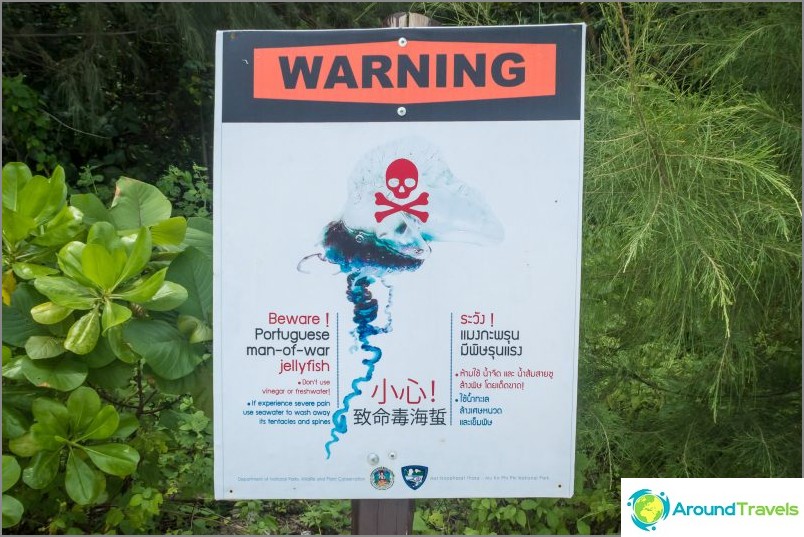 Bambu island and beach
Ko Ma Phai island. The main beach, where the point stands, and my boatman brought me to the other side. Great beach, but a lot of people.
More details. 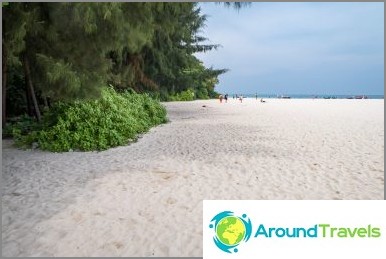 Ko Ma Phai island. The main beach, where the point stands, and my boatman brought me to the other side. Great beach, but a lot of people.Read More.