Home › New articles › Museum Art Kommunalka in Kolomna - who wants to go back to the USSR?

Museum Art Kommunalka in Kolomna - who wants to go back to the USSR?

This museum lives up to its title more. «museum», than the rest, so unlike them, it contains a real collection of exhibits from the past of our country. Not all of them are just old and old, and I remember something from my childhood and youth, but in general they try to maintain the atmosphere of the 60s, as I understand it. Thus, the museum is more suitable for those nostalgic for the USSR, those who are still very young or have not lived in the provinces. I really liked one review that clarifies this point, I can't help but quote:

I cannot say that the museum delighted me. In my opinion, not enough time has passed yet to make a museum out of this. The decor in one of the rooms is not very different from that in my grandmother's room. And the corridor was not surprising either. There are various antique exhibits that may arouse interest, but most of them can still be found on the street and in everyday life. I think this excursion will be of interest to the residents of the capital, but for people from the provinces it is too early.

Probably, everything is so, for Moscow and Muscovites this situation is no longer typical, so it was interesting for me to walk around the communal apartment, breathe in the smell of old things, and be glad that those days are over. And I hope they will not come back, because living in such conditions in a crowd is relatively acceptable, except that as a student. 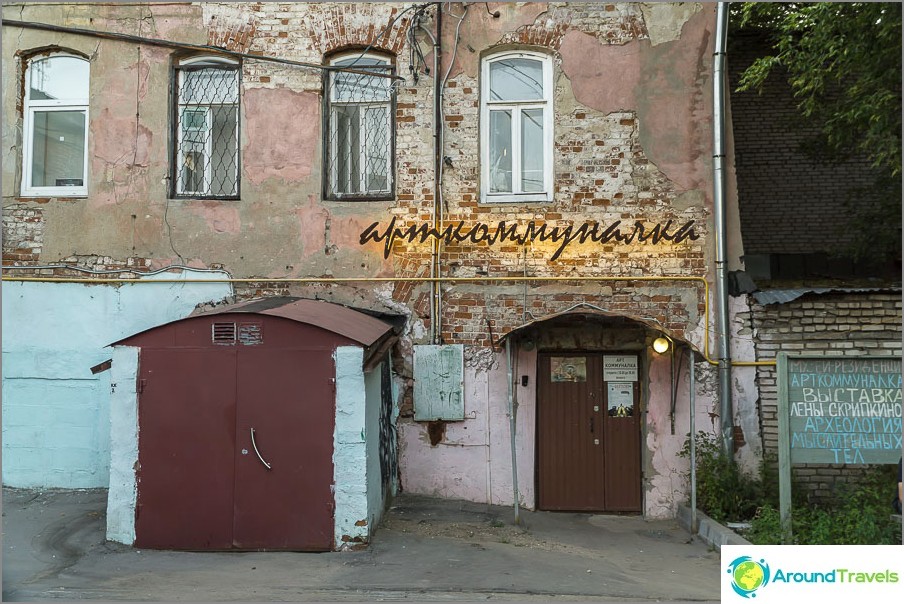 Entrance to the Museum Art Kommunalka 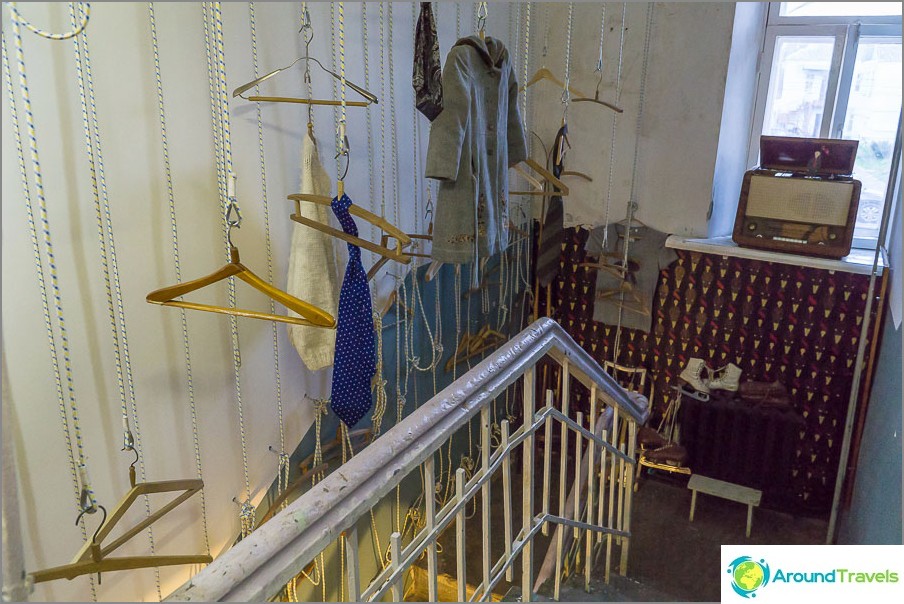 Upon entering local creativity but functional 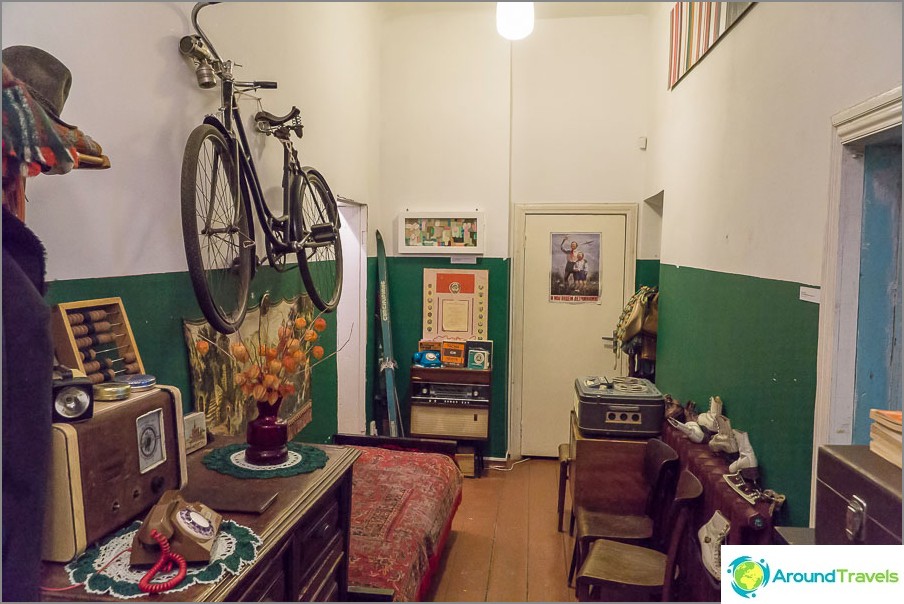 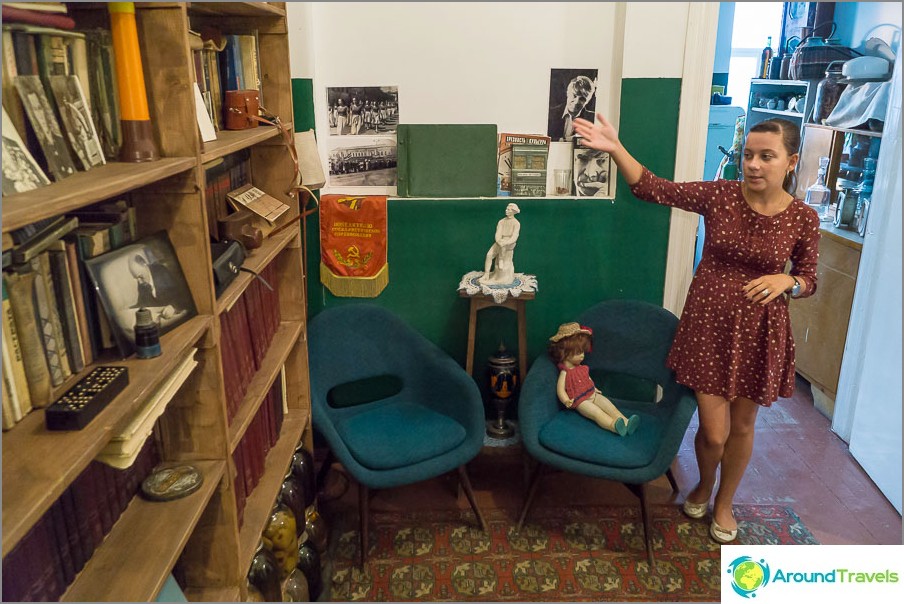 Instead of a living room 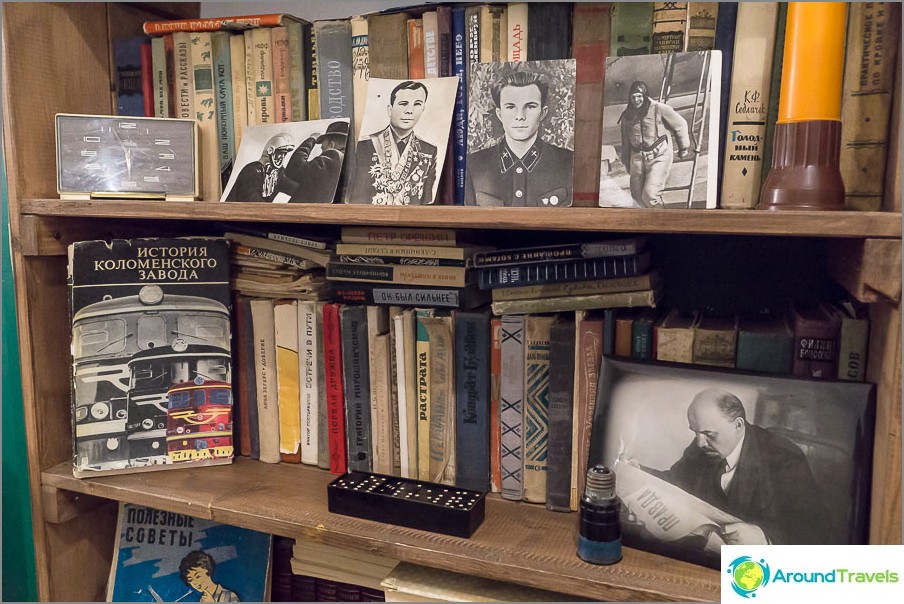 There are familiar faces in the photo? 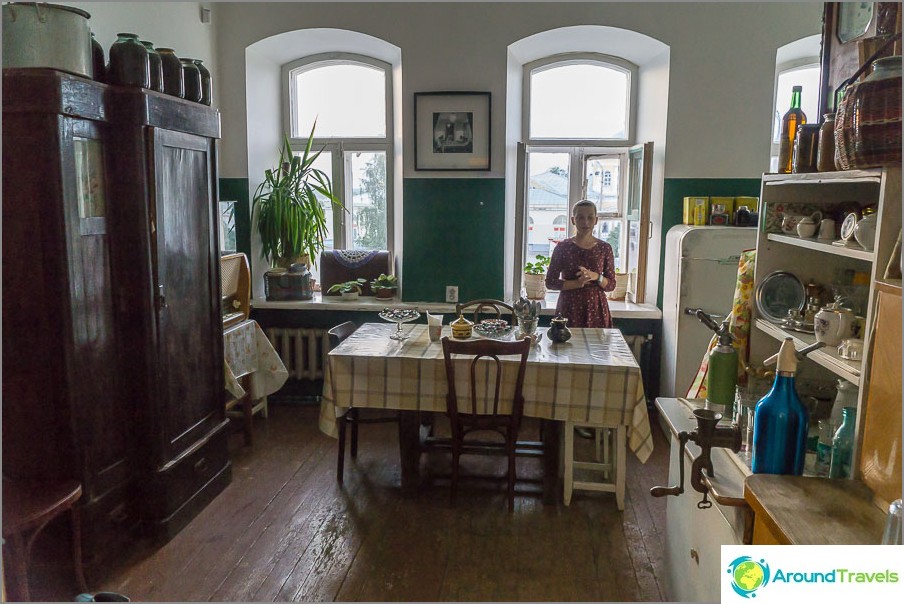 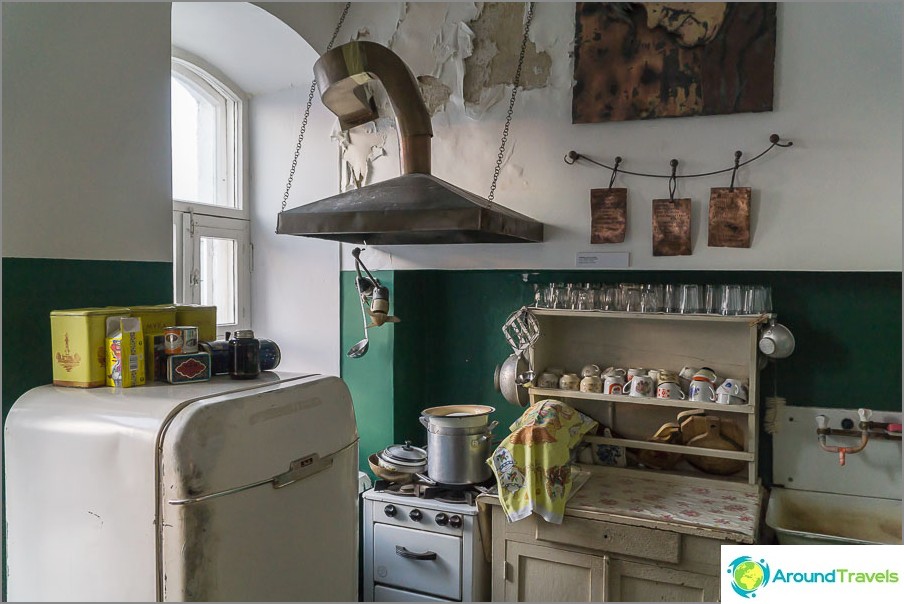 All technology corresponds to the era 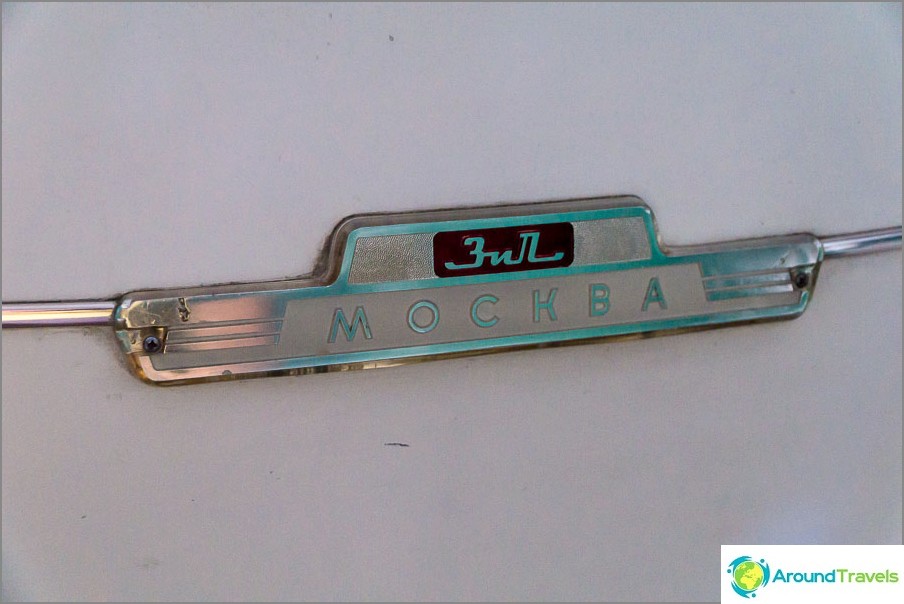 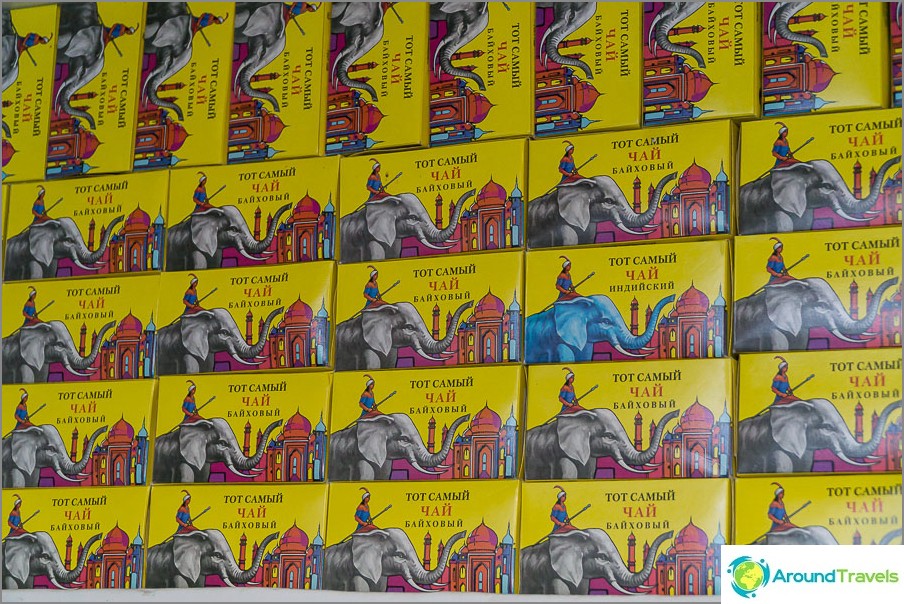 Modern tea, apparently no one has preserved the old packages 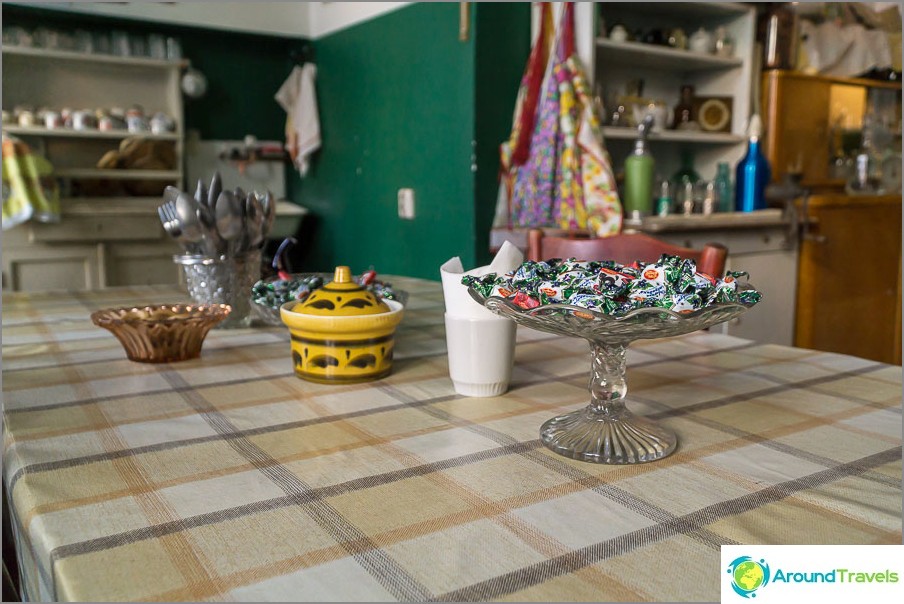 You can treat yourself to sweets and cookies on the table 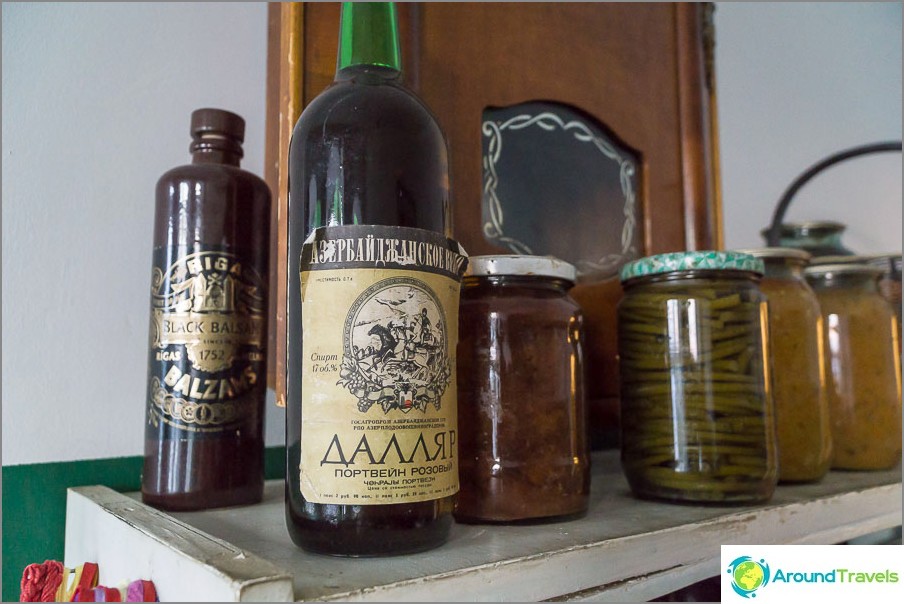 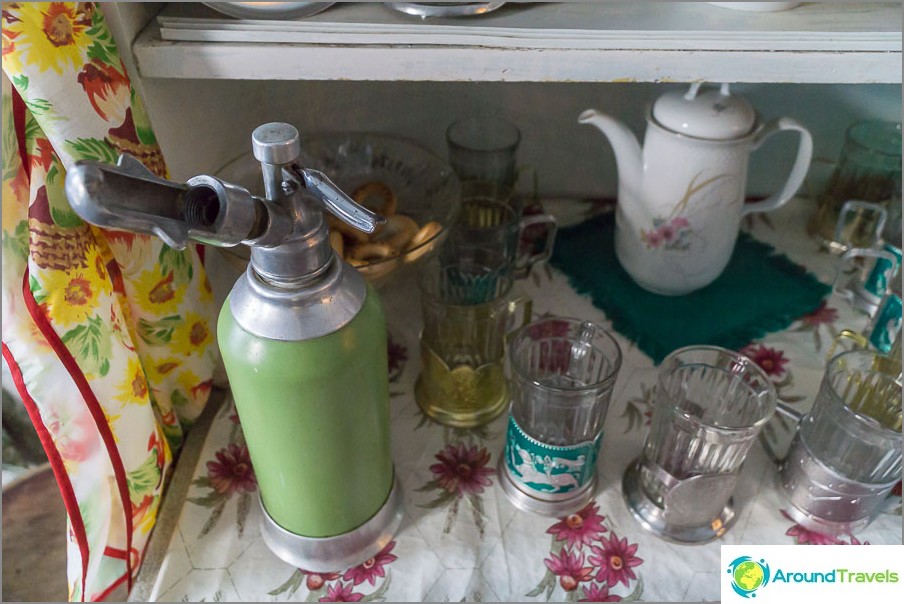 Remember how the water was carbonated? 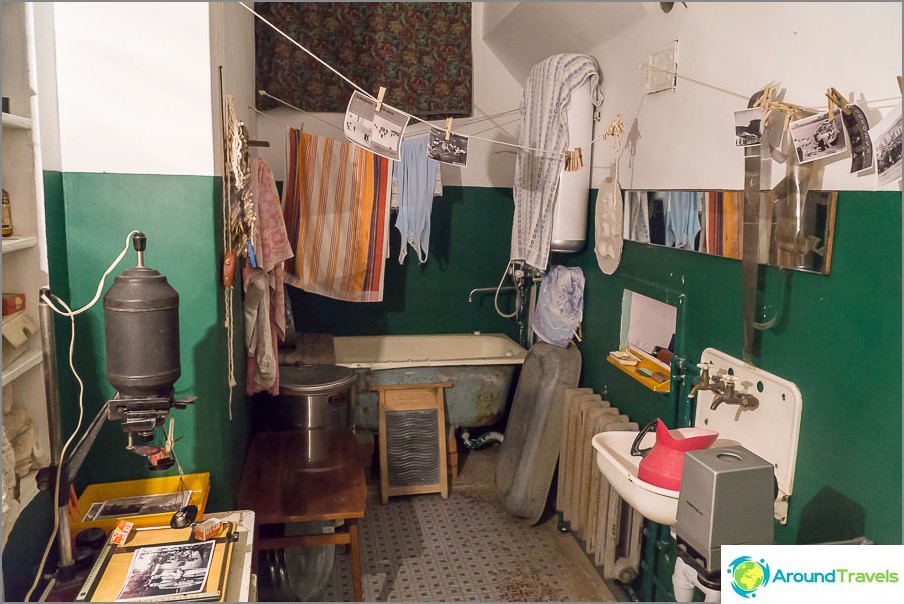 Photos are drying on a rope in a bathroom type 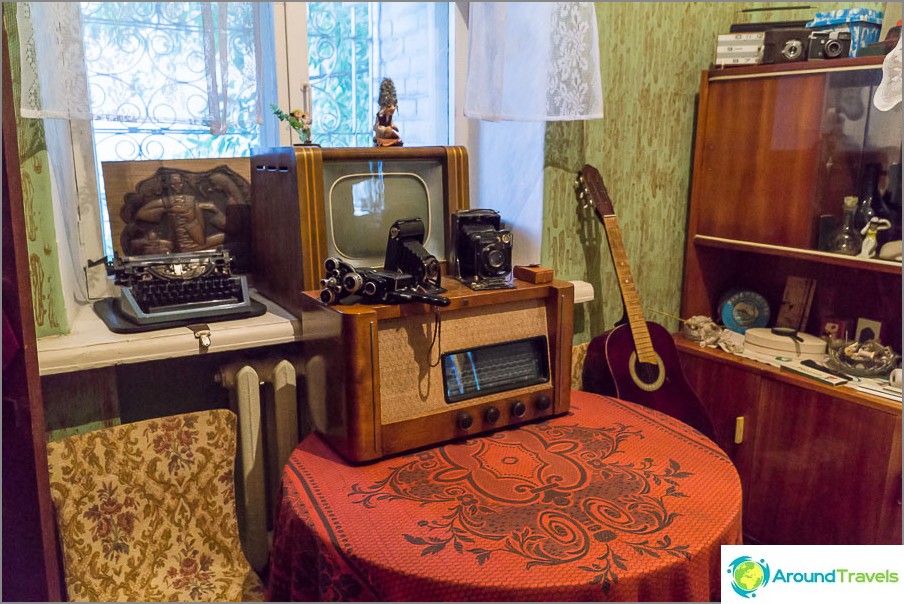 The room of a Komsomol girl, although the technique is more suitable for a guy 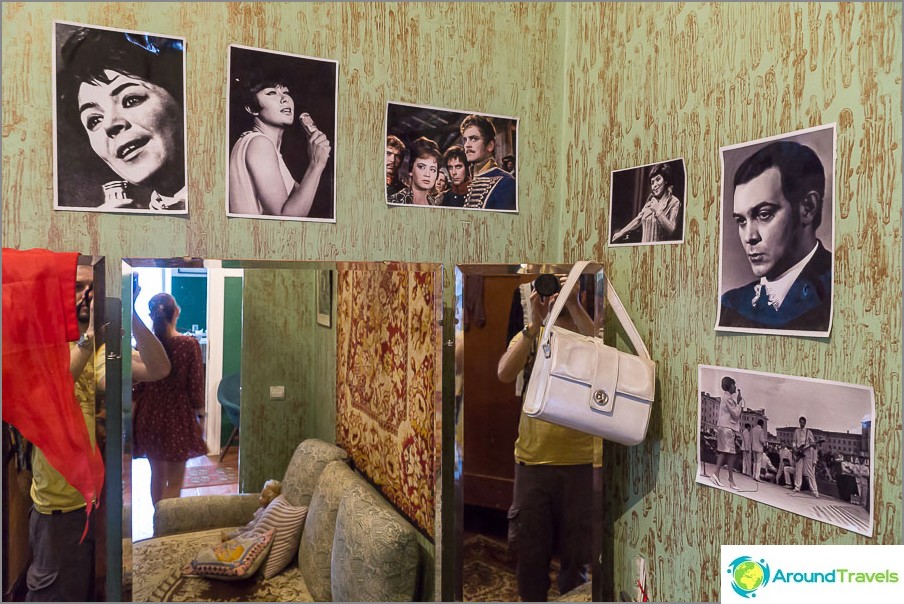 And, of course, the girl had idols 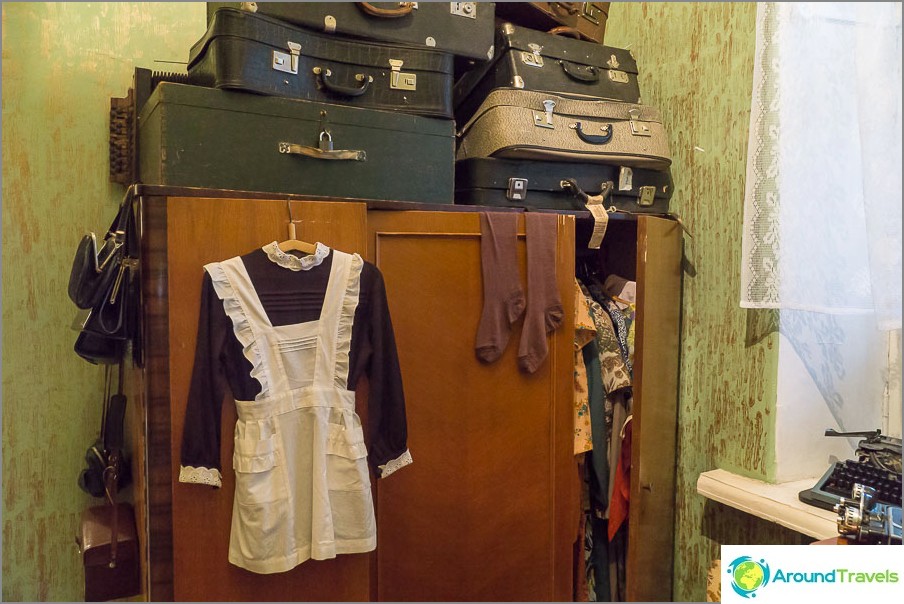 Magazines Science and Life, we have a whole shelf at our dacha 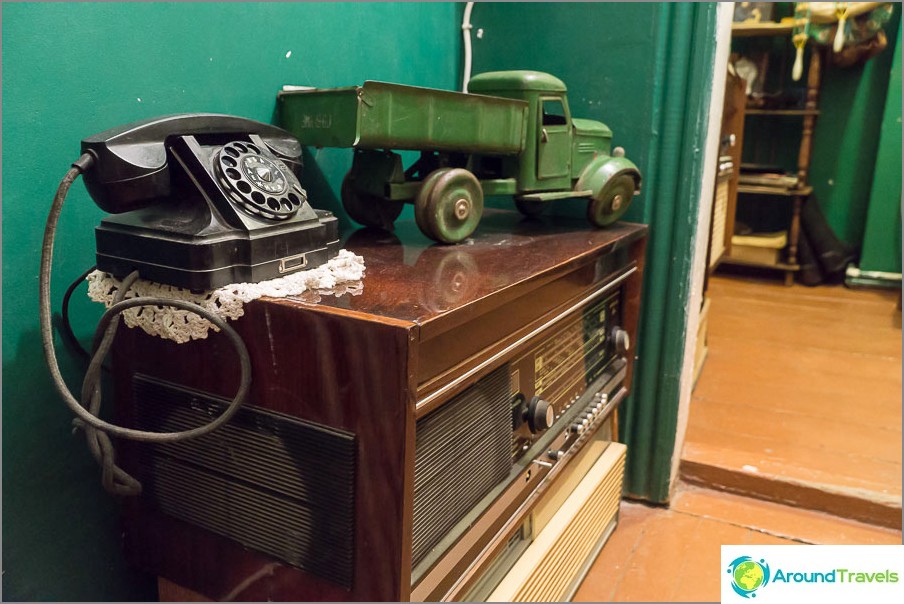 And a similar radio is still gathering dust in the attic 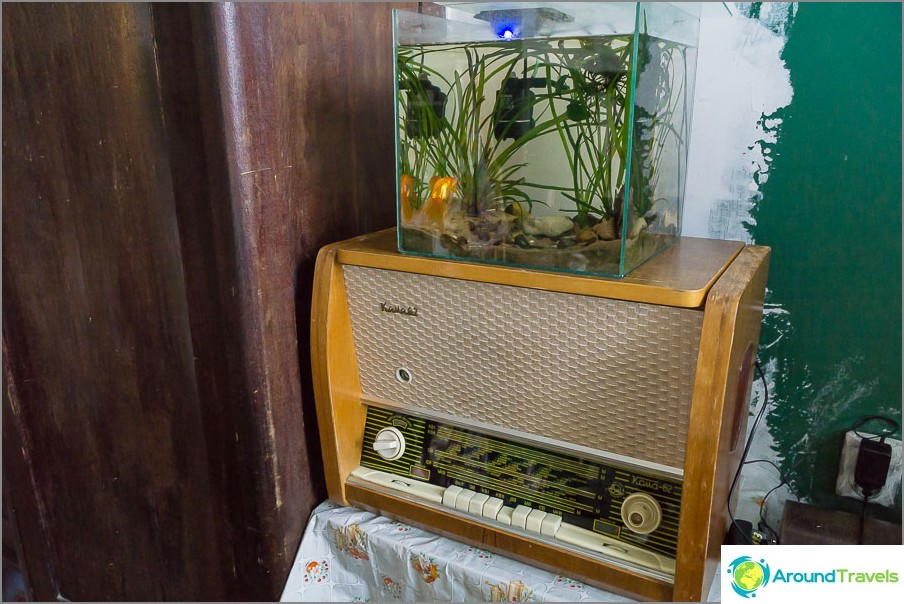 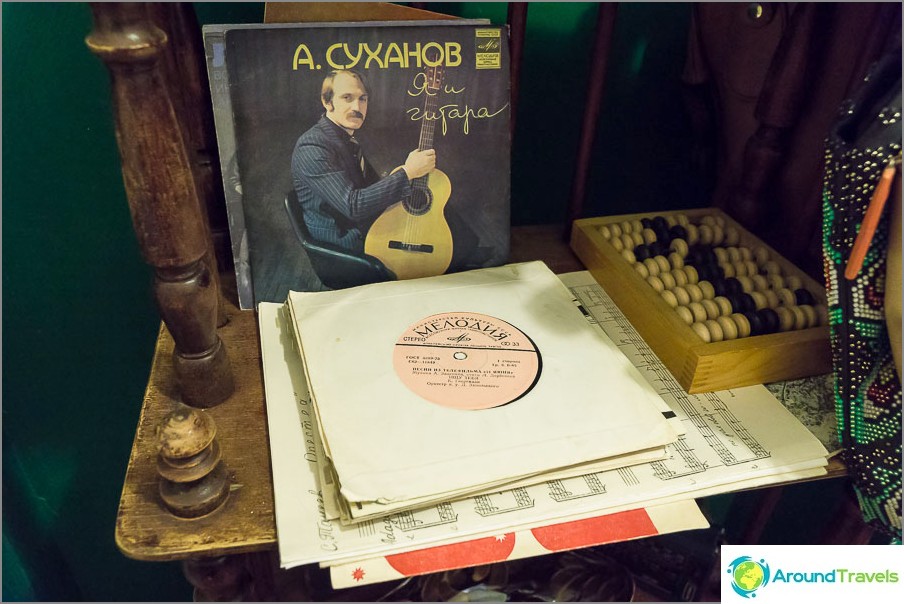 Nobody listens to records yet? 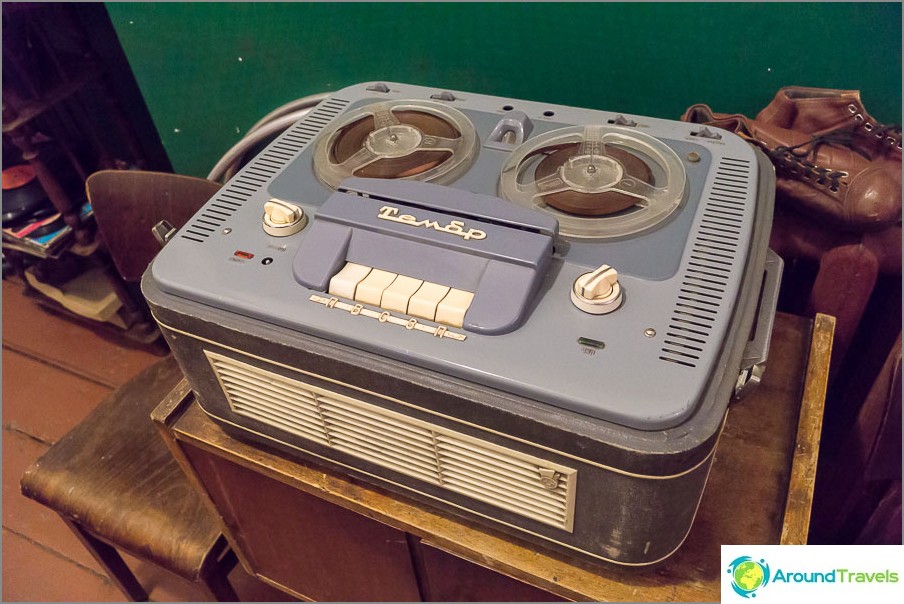 The excursion was led to me by a young girl, she was standing at the checkout. The story was short and took about 20 minutes, no more. After the story, I could walk through all the rooms and calmly take photos and even try «communal» a treat in the kitchen. In the reviews about Artkommunalka they write about long excursions (an hour), but either I just came towards closing and was in splendid isolation, or it was about theatrical performances, which must be registered in advance.

As I found out, the apartment was once, indeed, communal, but all the things that are in it are not from it and were brought specially. The museum opened in 2011 and continues to collect its collection from local residents. True, they no longer take a lot, since there is no place or the exhibit is duplicated in one way or another. I think it is noticeable how many things are in the photographs, excessively, I would say. I'm not sure that there were several tape recorders, radio tape recorders, cameras, telephones in a real communal apartment. Art kommunalka is a private project and is not funded by the state, but they were recently added to the register, or whatever it is called. Periodically, they live in the apartment, but not just whoever, but artists, writers and other artists, they also conduct master classes there and create new art.

Opening hours from 10 to 20 without breaks and days off.

Ticket price: 150 rubles for an adult, 100 rubles for a child in low season, 200 rubles / 150 rubles in high season (weekends and holidays). Children under 7 years old are free.
If you go to a theatrical performance, then the cost is higher, find out and book on the website. Pre-registration is required.

Photographing costs 200 rubles (to go nuts, huh?), But they didn't ask me for anything.

Address: st. October Revolution, 205. Entrance to the Artkommunalka Museum from the courtyard, that is, you first need to get to Yana Grunt Street.

Museum Artkommunalka
Museum of the communal apartment. Entrance from the courtyard, that is, from Jan Grunt Street

Museum of the communal apartment. Entrance from the courtyard, that is, from Jan Grunt Street

P.S. It seems to me that such a museum should be of interest to foreigners. I have repeatedly seen their interest in Soviet life.