Ao Nai Vok is located next to Tong Sala, on the west bank of Phangan. Its length is about 600 meters, almost the entire first line is occupied by resorts, and only in one place there is still an unbuilt wasteland. In addition to Tong Sala and its infrastructure, as well as the sunset sky every evening, I did not notice any advantages on the Ao Nai Vok beach.

The beach is very shallow, with turbid water, and practically along the entire coast there are barriers that protect it from being washed out. It is interesting to come here for a photo shoot, it is not scary to relax with a child (at low tide), but if you like to swim yourself, then this beach is not for you.

Ao Nai Vok is separated from Tong Sala by a river, the mouth of which was deliberately increased to 50 meters, for free passage and parking for longtails. The soil from the fairway was dumped right there, side by side, well, plus the river itself tries, applies soil regularly, adding its five satangs in shallow water near the beach.

Because of this, on the left edge, near the river, a small island was formed to which a sand spit leads. You can walk along it and take interesting pictures when there is the sea on both sides of you. On the right edge there is a promontory with boulders, overgrown with greenery. The width of the beach at high tide is from two meters to zero, and at low tide - no more than five to seven meters.

The coast at an insignificant angle goes under the water and this, practically flat bottom horizon, remains up to 400-450 meters from the coast. That is, Ao Nai Wok is as small as a cat's litter box. For children, there is, of course, expanse. Especially during the day, when the sun has not yet reached the western coast and there is still a lot of shadow, and the water has already warmed up to forty degrees.

There are no waves at normal times, but during the storm season, the beach gets hit, which is noticeable by the gradually falling palm trees on the first line. The bottom is clean, without stones and algae, so you can safely wander knee-deep into the sea almost 50 meters to the horizon, before the underwater surprises begin to come across.

On top of that, Ao Nai Wok pleases with a large number of trees that provide stunning natural shade. The trees are already mature, strong, some have swings and hammocks, benches are placed here and there, and sun loungers are found opposite the resorts. I didn’t see the rental, but here is not the right beach and the wrong traffic to have spare sun loungers for rent.

The resort staff looks after the beach, regularly cleans the sand from marine debris and smoothes it every morning. Honestly, combing the beach is stupid, but if you find yourself on the beach in the morning near Angkana Hotel Bungalows, then see for yourself that it looks very beautiful.

Ao Nai Vok, view to the left, towards the harbor. 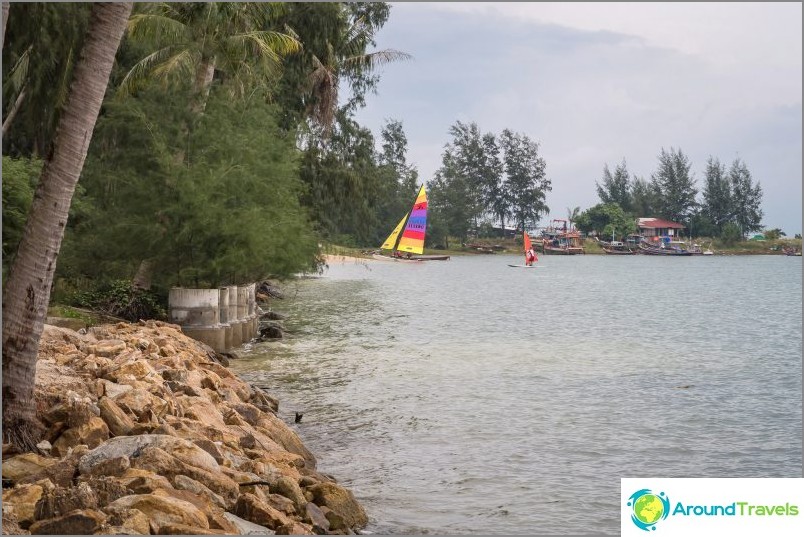 Do you see concrete rings on the left? This is the strengthening of the coast on an unbuilt area. 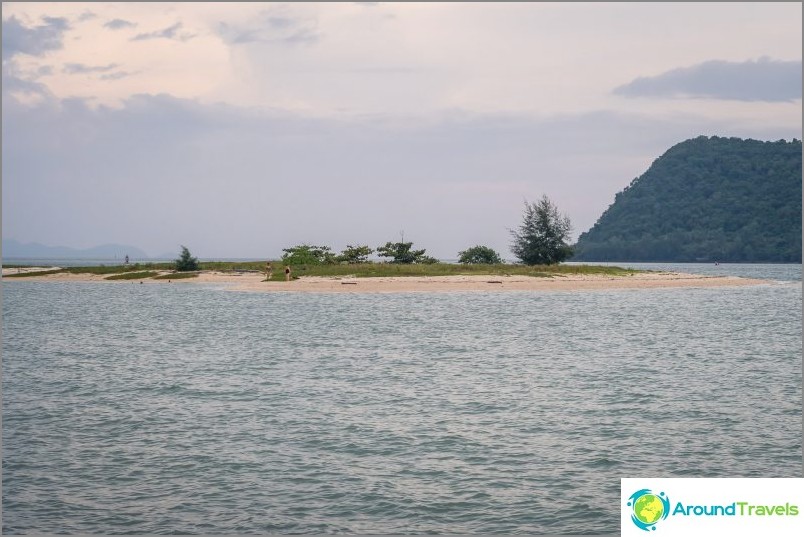 This is an island opposite the left edge of the beach, you can walk here on the water or bypassing, along the sand spit. 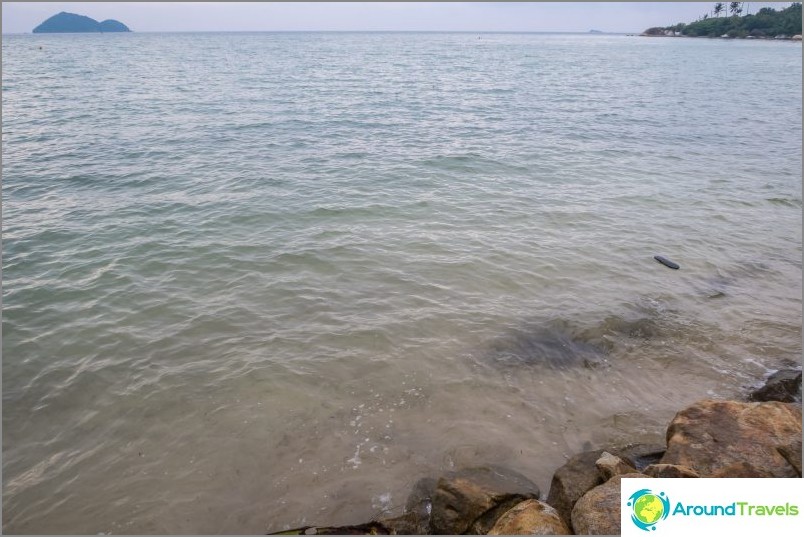 The water is, to put it mildly, muddy. 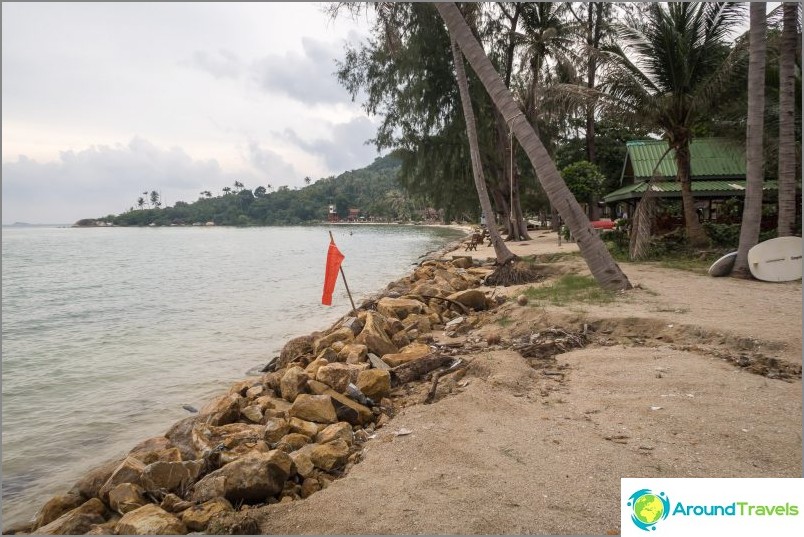 Ao Nai Vok, view to the right. The peak of the tide, it is impossible to walk along the coast without entering a private territory. 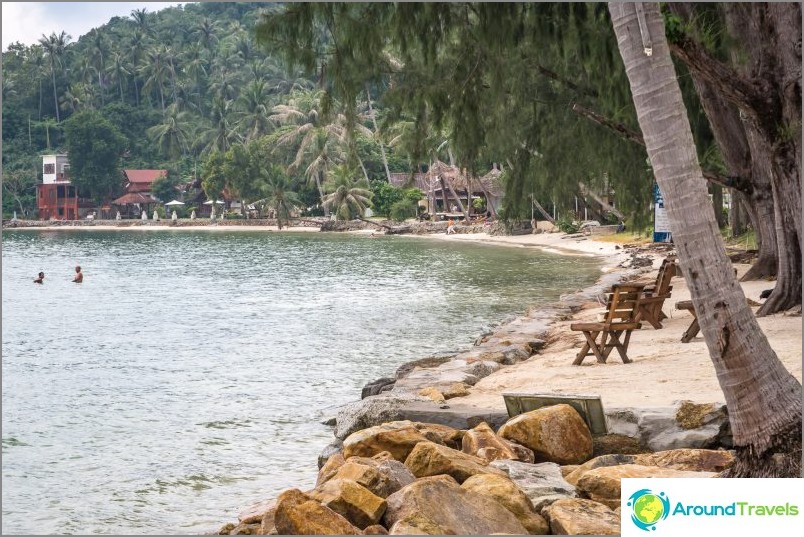 There is a portable beach for the guests of the resort 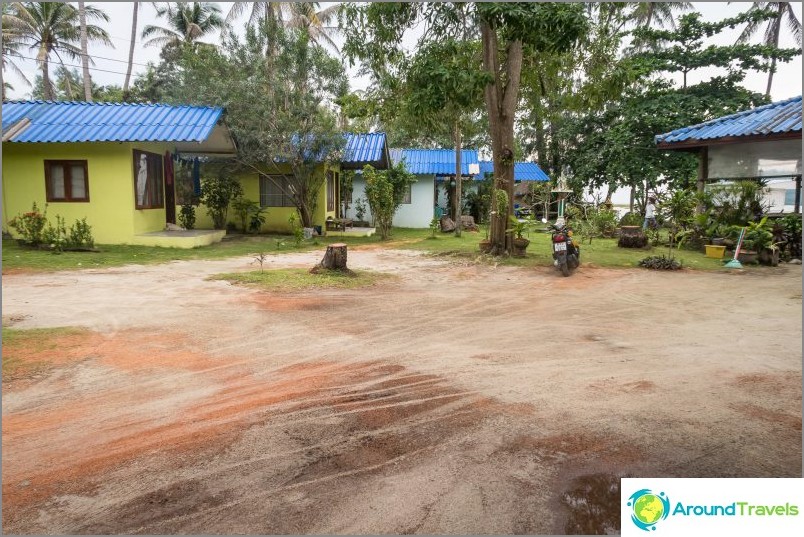 Behind me - smooth sand and resort houses. 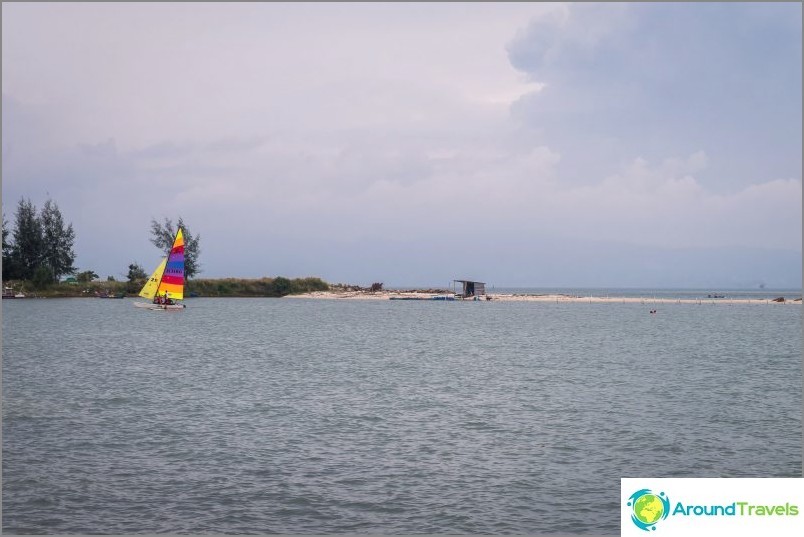 There are not very many boats here, in the center there are usually some nets sticking out, perhaps something is being bred by fishermen. 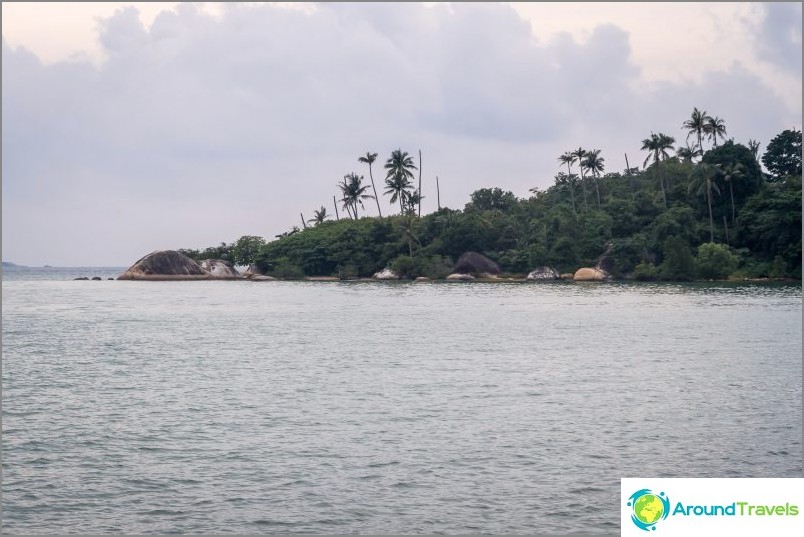 On the far right edge of the beach are dying palms, no leaves.

If we omit the fact that a kilometer from Ao Nai Vok there is the most developed infrastructure on the island, the beach itself can offer everything you need to those who settled here. Ao Nai Vok has its own 7-Eleven mini market, a number of shops and equipment rentals, on the beach in the Beck area’s Resort I have seen kayak rentals. Bars, restaurants, cafes, Muay Thai hall, in general - quite worthy for a micro beach.

The shallow water and narrowness of Ao Nai Vok are more than offset by infrastructure and a very convenient location relative to the piers and other areas of Phangan.

There is a wide range of accommodations within a 200-meter zone from the sea. The first line generally deserves special attention because such «herbs» I have met in few places. From stone capital houses, to small cubes a la «container with windows», painted in bright color. There are about a dozen resorts on 600 meters of the beach, apparently the beach is still in demand.

Here's a selection of the top rated options:

When leaving Tong Sala, do not overclock. Immediately after crossing the river, there will be a crossroads at which you turn right, and immediately the Ao Nai Vok beach area begins. I will not advise you on any particularly convenient places to go to the sea. Choose any where you can see water from the road - you will have to walk less. 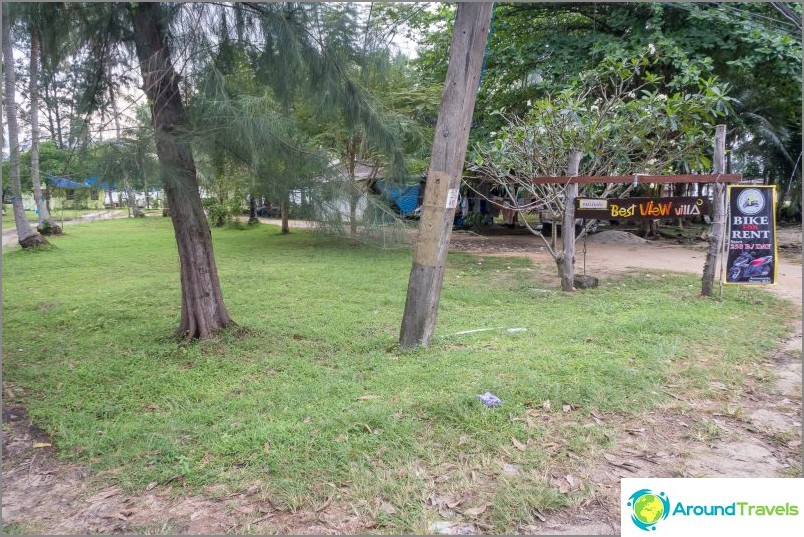 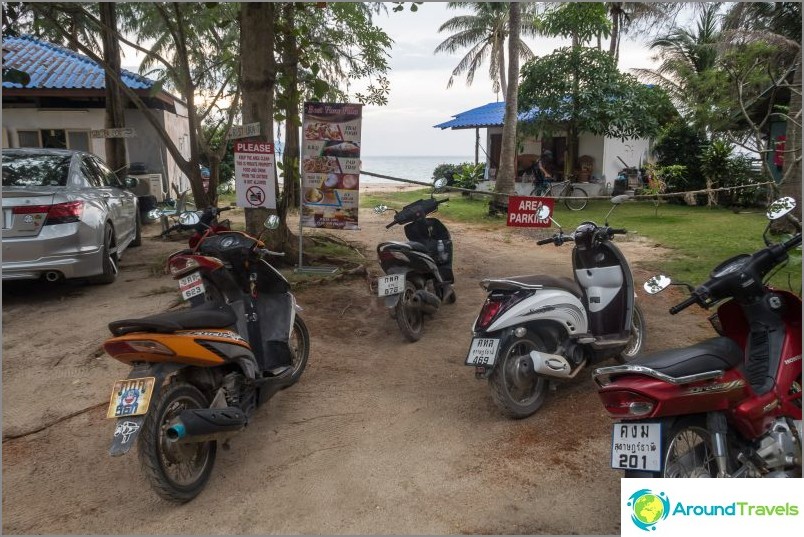