Airport in Toronto: scheme, photo. How to get to Toronto airport 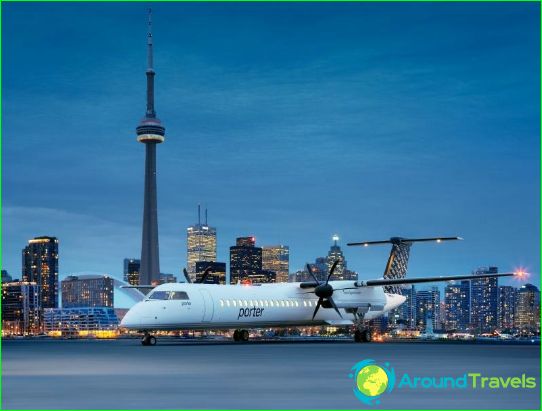 The main airport serving Canada's largest city, Toronto, is called Toronto Pearson Airport. So it is named in honor of Canadian Prime Minister Lester Bowles Pearson. The airport is located about 27 km from the city center, in the small town of Mississauga.
The airport in Toronto is considered to be the largest and busiest airport in all of Canada. It ranks 22nd in terms of take-offs and landings per year among all airports in the world. In recent years, about 33 million passengers have been served here per year, almost 430,000 takeoffs and landings have been made per year..
Among the airport awards, the most notable is the award of the title of the best airport in the world..
Cooperation with airlines
The airport in Toronto is the main hub for Canadian airline Air Canada, which is part of the Star Alliance. In addition, the airport is a hub for such well-known airlines as Air Canada Jazz, Air Transat, WestJet, etc..
The airport serves international flights of more than 70 airlines.

The airport in Toronto has 3 terminals, you can travel between them by free LINK buses.
On the territory of the terminals, the passenger will find all the necessary services that may be needed on the road. Various cafes and restaurants will not leave anyone hungry. Large shopping area, including duty-free shops. Bank branches, ATM, currency exchange, post office, etc..
For business class passengers there is a separate waiting room, enhanced comfort.