Articles about Ayia Napa
by Ashley 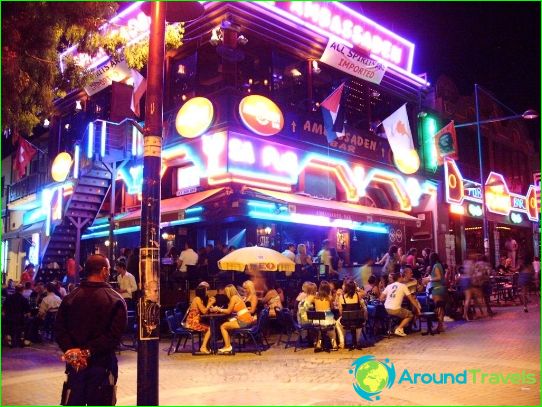 This Cypriot resort has a reputation as a local Ibiza: a beach holiday on the sea here is generously seasoned with a colorful and active nightlife, and even calm fathers of families descend from the balcony of a cozy room onto the dance floor for a maximum of the third night, so as not to waste a minute of precious time in forced insomnia. You won't have much sleep during the tour in Ayia Napa, but you will be able to stay up to date with the latest club music and taste all the cocktails fashionable in the season from the best bartenders in Europe..

The easternmost resort on the Mediterranean island of Cyprus is named after a monastery founded here in the 14th century. The name of the monastery meant "Holy Forest", because once these places were covered with lush Mediterranean vegetation. The miraculous icon found in ancient times in these parts prompted people to build a monastery, which now houses a museum of religion and history..

Unlike other beach areas in Cyprus, Ayia Napa began to be explored by Russian tourists relatively recently. Tours to Ayia Napa are especially popular not only among fans of nightlife, but also among travelers with children, because the local beaches are the cleanest on the island. Prestigious Blue Flags, awarded to ideal resorts for their contribution to the preservation of the environment, have visited this sand more than once.
Sun loungers and umbrellas on the beaches of the resort are paid, but by paying a small fee, the tourist can always count on the comfort, cleanliness and respectful attitude of the staff.