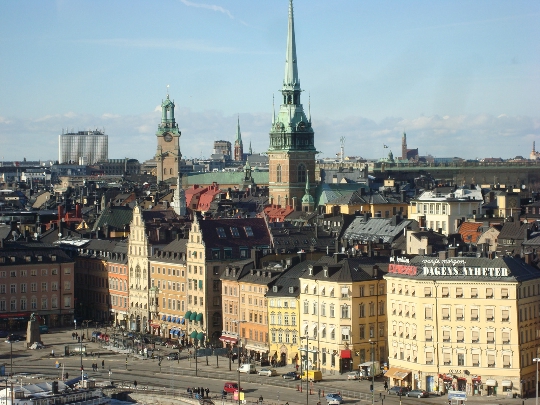 The northern part of Europe is represented by Finland, the Scandinavian Peninsula, Iceland and Svalbard. In these places, a harsh climate prevails with a distinct influence of the arctic air masses. The north of Europe is occupied by lands, over most of which there is a polar night and a polar day. Such features distinguish the Nordic countries from other states..

Finland and the Scandinavian countries are located within this region, which include Sweden, Norway, Iceland, Denmark, and the Faroe Islands. Another designation for the European north is Scandinavia. This is a unique part of the land, the countries of which have the highest standard of living in the world. The local population demonstrates amazing examples of a wealthy and happy life and longevity. The states in the north of the continent do not have rich flora and fauna, but their harsh nature is the object of interest of many tourists. Each of them has a unique flavor, as the landscapes of the northern countries are amazingly beautiful. There are fjords, mountains, coasts, rivers, meadows, forests.
Norway is one of the most tempting countries. For centuries, its lands have been covered with ice and snow. At the same time, the country's climate is considered favorable. The warm Gulf Stream passes nearby, which has an impact on the climate. In summer, orchards bloom there, and in winter the waters of the sea do not freeze. The seaside geographical position is typical for the northern countries of Europe. Their climatic conditions are greatly influenced by the sea. Large cities and capitals of countries are located on the sea coasts. The seas surrounding Norway, Denmark and Iceland are not covered with ice in winter. It forms in the bays of the Baltic Sea, the waters of which wash over Finland. The Scandinavian Peninsula has a heavily indented coastline from the west and south. There are fjords or bays with winding and steep banks..

The north of Europe is characterized by an elevated relief. The Scandinavian Mountains are located on the Scandinavian Peninsula. This peninsula, together with Finland, is also designated Fennoscandia. It is considered to be the edge of moraine forests. The highlands and humid climate have led to the emergence of numerous short rivers with waterfalls and rapids. On the territory of Sweden and Norway, there are a large number of rivers with hydroelectric power plants built on them. The northern part of Europe is considered sparsely populated. The local population is represented by Norwegians, Swedes, Danes and Finns. People live mainly in the comfortable and developed southern territories and coastal areas. The countries of this region have a well-developed industry. Fisheries stand out in Norway and Iceland.