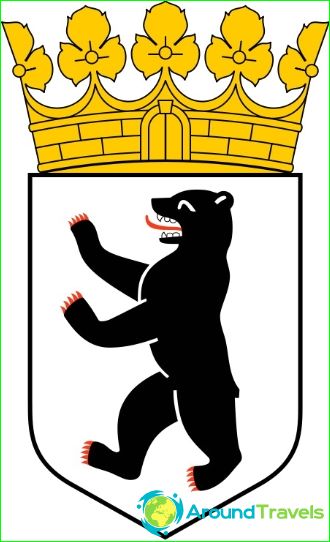 Berlin is the capital and largest city of Germany, as well as one of the largest and most populous cities in Europe.

The history of Berlin begins with two small settlements in the Margrave of Brandenburg - Berlin (Altberlin or Old Berlin), located on the eastern bank of the Spree River, and Cologne - on the Spreeinsel Island (the northern tip of the island is now known as Museum Island), presumably founded at the end of the 12th century. th century. Officially, 1237 is considered the starting point of the history of modern Berlin, which corresponds to the first written records of Cologne (the first written records of Old Berlin date back to 1244).

Heyday of the city

For a long time, Berlin and Cologne, maintaining fairly close economic and social ties, were separate and completely independent administrative units. The alliance concluded between them in 1307 marked the beginning of their common foreign policy, while each of the cities still had its own internal self-government. In 1360 Berlin-Cologne became a member of the Hanseatic League. By 1432, Berlin and Cologne were already actually one whole (although the final unification at the official level took place only in 1709). In the middle of the 15th century, having become the main residence of the Brandenburg margraves, Berlin was forced to renounce the status of a free Hanseatic city. In 1539 Berlin officially adopted Lutheranism.

As a result of the notorious Thirty Years' War (1618-1648), the city was thoroughly destroyed, and its population was almost halved. Friedrich Wilhelm (better known in history as the Great Elector of Brandenburg), who became the Elector of Brandenburg in 1640, contributed in every possible way to the influx of immigrants and was distinguished by a rare religious tolerance, which led to a sharp increase in the population of Berlin and, undoubtedly, affected the cultural development of the city. Berlin's borders have also expanded significantly.

Berlin is the capital

In 1701, the Elector of Brandenburg was crowned King of Prussia and Berlin became the capital of the Kingdom of Prussia. A significant contribution to the development of Berlin was made by Frederick II (Frederick the Great) who ascended the Prussian throne in 1740 and by the end of the 18th century the city became one of the largest centers of the Enlightenment in Europe.

The 19th century turned out to be extremely favorable for the development of Berlin (even during the occupation by the French, the city received the right to self-government and was actively developing). Berlin experienced a real industrial boom, which led to rapid economic growth. Important reforms were carried out in the field of education..

In 1871 Berlin became the capital of the German Empire, then the capital of the Weimar Republic (1919-1933), and with the coming to power in 1933 of the National Socialists and the capital of Nazi Germany. After World War II, Berlin was divided into four sectors between the allies - the United States, Great Britain, France and the USSR, which subsequently led to the creation of the Federal Republic of Germany (West Germany) and the GDR (East Germany) and, in fact, inciting the Cold War..

In 1961, by decision of the government of East Germany, the infamous Berlin Wall was erected in just a few days, dividing not only the city and the country, but also many German families for several decades. The wall served as a state border and was accordingly guarded. It was rather difficult to obtain permission giving the right to cross the border, and close people, finding themselves by the will of fate in different states, for almost three decades were actually deprived of the opportunity to communicate with each other. In 1989, the Berlin Wall was pulled down. City and country reunite, ushering in a new era in the history of Berlin and Germany.