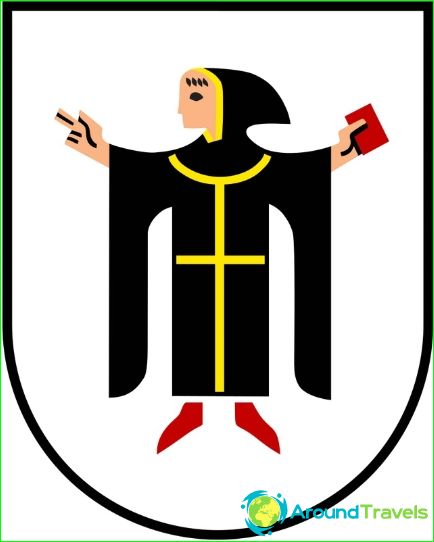 Munich is the third largest city in Germany after Berlin and Hamburg, as well as the capital of the federal state of Bavaria.

The first written mentions of the city date back to 1158, and it is from this time that the history of Munich dates back to. By 1175, massive defensive walls were erected around the settlement, and Munich officially received the status «cities».

In 1180, as a result of a lawsuit initiated by the King of Germany and Holy Roman Emperor Frederick I Barbarossa, Duke of Saxony and Bavaria Heinrich Leo lost a significant part of his lands and Otto I von Wittelsbach became Duke of Bavaria, while Munich was transferred to the management of the Bishop of Freising. However, already in 1240 Munich came under the control of Otto II von Wittelsbach. In 1255, after the partition of Bavaria, the city became the ducal residence of Upper Bavaria and remained in the possession of the Wittelsbach dynasty until 1918.

In 1314, Duke Louis IV of the Wittelsbach family became king of Germany, and in 1328 he was crowned as Holy Roman Emperor and granted Munich «salt monopoly», thereby providing the city with significant additional income. Despite several devastating fires and some riots caused by the discontent of the townspeople, Munich grew and developed rapidly. In 1506 Bavaria united and Munich became its capital..

In the 16th century, the city became a major cultural center as well as the center of the German counter-reformation. An important event in the history of Munich during this period was the founding in 1589 of the Hofbräuhaus Court Brewery, which today is one of the most famous beer restaurants in the world with a beer garden and one of the main attractions of Munich..

In 1609, on the initiative of Duke Maximilian I of Bavaria, the Catholic League was founded in Munich, which later played an important role at the initial stage of the so-called Thirty Years' War (1618-1648) for hegemony in Europe. In 1632, the troops of King Gustav II Adolf of Sweden occupied Munich, and Maximilian I, who was by that time already elector of the empire, was expelled from the city. Just two years later, violent outbreaks of the bubonic plague had claimed nearly a third of Munich's population. In 1648, the Thirty Years' War ended with the signing of the Peace of Westphalia, and Munich returned to the control of the Elector of Bavaria.

In 1806, after the collapse of the Holy Roman Empire, Munich became the capital of the Kingdom of Bavaria. In general, the 19th century was marked for the city by rapid industrialization and rapid cultural development. During this period, the architectural appearance of the city also significantly changed..

In 1914, with the outbreak of the First World War, famine and devastation came to the city, and already in 1916 Munich was badly damaged as a result of the bombing of the French aviation. The post-war period was also very difficult. Munich found itself in the center of political unrest and it was here in 1923 that the so-called «Beer putsch» (led by National Socialist Adolf Hitler and General Ludendorff), whose goal was to seize power and overthrow the Weimar Republic.

On the eve of World War II, Munich actually became the headquarters of the Nazis and subsequently went down in history as a notorious «Munich Agreement» (1938), according to which the Sudetenland belonging to Czechoslovakia was transferred to Germany. However, Munich, which was essentially a stronghold of the Nazis, also became one of the important centers of various resistance movements, including an underground student organization. «White Rose». During the war, the city was repeatedly bombed and thoroughly destroyed..

Today Munich is a large industrial, cultural and research center. Munich is also home to the world-famous Oktoberfest, which is unparalleled in scale among such events and attracts millions of visitors from all over the world every year..