How long is the flight from Goa to Moscow? Time of flight Goa - Moscow

Articles about Goa
by Ashley

How long is the flight from Goa to Moscow? 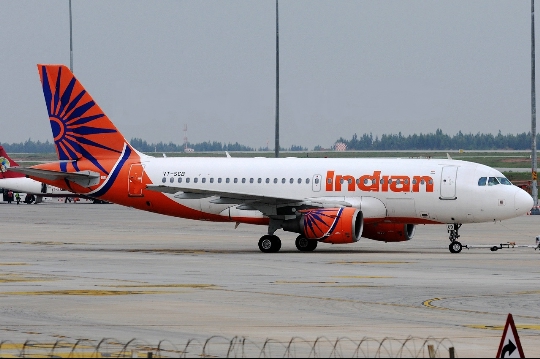 Five-star hotels and cozy bungalows, ocean, sun, luxurious beaches, fiery parties, diving, tropical plants, spa and Ayurvedic treatments, cheap shopping were waiting for you in Goa, but now it's time to fly home, so the question is: “How long is the flight from Goa to Moscow?”, surely as relevant to you as ever.

How long is a direct flight from Goa to Moscow?

As soon as the tourist season begins (end of October - end of March), you can fly to Moscow from Goa (the distance between cities is about 5500 km) by a direct flight, as a result of which the journey will take about 7.5 hours (the flight duration may vary slightly, since it is influenced by weather conditions and the direction of air flows).

The most expensive air tickets are sold in December, February and April, and at more affordable prices in November, July and August..

Flight Goa - Moscow with a transfer

At the end of the tourist season, you can fly from Goa to Moscow only with a transfer, which means that in this case your air trip will be longer..

The following airlines fly from Goa to Moscow (you can fly here both by charter and regular flights, both on board Russian and foreign air carriers): “Transaero” and “Aeroflot” (during the season, in November-March, these companies operate flights almost daily); “QatarAirways”; “Air India”; “Jet airways”and etc.

It is worth noting that flights from Goa to Moscow are made at Dabolim airport (it has two terminals - you need an international one). You need to arrive here 3 hours before departure (you can arrive at the airport using the services of a taxi or a regular bus), go through customs (you will be asked to fill out an exit card “Departure card”) and check-in for the flight (please note that when checking in, you must be guided not by the current flight number, but by the carrier).

If you are flying at night, you can sleep well. And in order not to feel pressure in the ears, it is advisable to use earplugs.

And during the day's flight, you can do crossword puzzles, read a book or a magazine, and decide which family to present with figurines of deities made of bronze, carved wooden souvenirs, handmade carpets, jewelry, Indian tea and spices, leather gifts and papier mache.