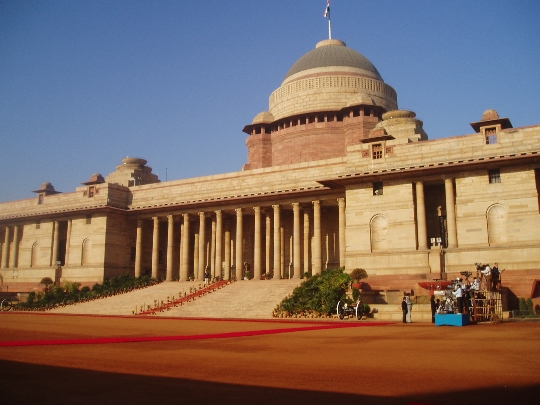 The north of India is the states of Punjab, Himachal Pradesh, Haryana, Rajasthan, Jammu, Kashmir, etc. The northern part of the country was formed over five thousand years. This is the heart of India, which holds many interesting mysteries. Ancient Buddhist monasteries are concentrated here, the Spiti valley, the Hindu Kush and the Himalayas, the holy Mount Kailash are located. In the north there are numerous nature reserves, forgotten cities, fascinating mountain routes.

The north of India is in the temperate zone. There are cool winters and hot summers with a predominance of monsoons. Climatic conditions in different regions are not uniform. In Bras, the temperature can be -45 degrees, and in Rajasthan it can be +50 degrees. The coldest inhabited region of the planet is Bras. In this place, the Himalayan peaks covered with snow rise above the Kashmir Valley. The highest point is also located here, as well as the popular Valley of Flowers. Fans of rafting, hang-diving and skiing strive to get here. At the foot of the mountains, there are fertile lands with the flowing river Ganges. The desert can be seen in the state of Rajasthan, which is famous for its fabulously beautiful temples and palaces..

What to visit in northern India

First of all, you should see Delhi, the original capital of the country, which is considered a historic city. It is two in one: colorful and bustling Old Delhi and elegant New Delhi. The city is home to luxurious, well-known and comfortable hotels that guarantee quality rest. In Delhi, it is recommended to visit the Red Fort, the largest mosque in India, the Katub Minar complex, craft centers and other facilities. From the capital there are bus, train and air routes that cover the entire north of India. Tourists follow the Golden Triangle visiting Agra where the Taj Mahal is located, Jaipur (Pink City), Fatihpur Sikri. In the state of Madhya Pradesh, southeast of the Indian capital, the Khajuraho temple complex is located, which deserves the attention of tourists. On the banks of the Ganges River there are sacred cities: Rishikesh, Allahabad, Haridwar, Varanasi.

The nature of the northern region

India occupies a peculiar position, due to which a wide variety of plants are found on its territory. In the country you can see drought-resistant shrubs, rare flowers, tropical trees. India has evergreen and deciduous forests, woodlands, savannas, deserts and semi-deserts. The vertical zonation is clearly visible in the Himalayas. There is a transition from tropical and subtropical plants to alpine meadows. The varied vegetation cover has been significantly altered by human activities. Previously, the territory of the country was covered with dense forests, and now India is among the countries with the least forest cover. Forests remained only in the Himalayas, in other high mountain ranges and in hard-to-reach places.