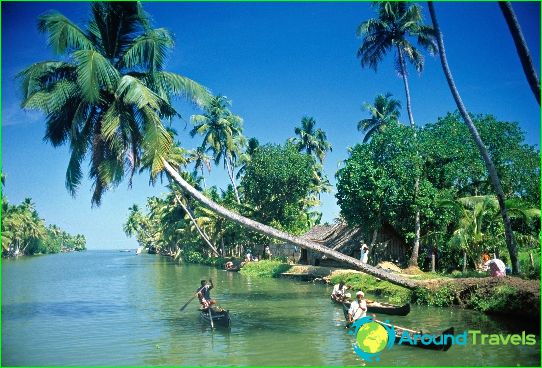 This state in the southwest of the Indian subcontinent is one of the most popular tourist destinations for those fleeing the frosty or slushy European winter and can afford a few months of relaxation on the beaches under the coconut trees. However, tours to Kerala are also bought by ordinary vacationers, who prefer to spend every free day in this life in contemplation of the ocean surf.

Translated from the local dialect, the name of the state means "land of coconut trees". The territory of Kerala stretches between the waters of the Arabian Sea and the Western Ghats. The coastline is almost 600 kilometers long, while Kerala is very small in width. The state grows tea, coffee and, of course, coconuts.
Merchants sailed to the shores of Kerala in the early Middle Ages and loaded their ships with spices and spices. Few travelers and explored called these lands "the country of mountains", and the famous Marco Polo called them "the coast of pepper".