Lisbon in 2 days: where to go in Lisbon 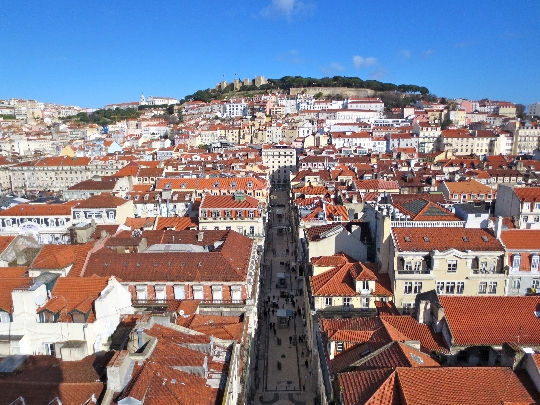 The history of the Portuguese capital began more than two millennia ago, and the place where it is located was once called the "blessed bay" by the Phoenicians. The city is not very popular among tourists, unlike the capitals of other powers of the Old World. The reason for this is some distance from the center of Europe, and "under-promotion", but even being in Lisbon for 2 days, a tourist gets a chance to fall in love with this metropolis on the shores of the Atlantic Ocean Bay.

Palace Square and its masterpieces

The heart of the Portuguese capital is its main square, located on the site of the Ribeira Palace, which died in the middle of the 18th century from a terrible earthquake. The royal chambers were never restored, and new buildings and palaces appeared on the symmetrical and neat square. Today, there is an equestrian statue of King Jose, under whose leadership Lisbon rose from the ruins. The entrance to the Palace Square is a gate of magnificent work with bas-reliefs and sculptures.
The terrible earthquake was not spared and the Cathedral of Lisbon, built in the XII century on the site of an ancient Roman temple. The restoration of the cathedral brought some notes of Baroque and Rococo to its appearance, but then the Lisbon architects returned the original Gothic appearance to the temple..
Old Lisbon is also home to its museums, a visit to which will be an excellent addition to the cultural program in the Portuguese capital. The most popular exhibitions are displayed in museums dedicated to the history of electricity and ancient art.

Back in the days of Roman rule, this magnificent castle was built in the Pyrenees, which should be included in the "Lisbon in 2 days" excursion program. It bears the name of St. George and it was from its walls that the development of the city began. The old and reliable castle served as the residence of the Portuguese monarchs for many centuries until the Ribeira Palace, erected in the 16th century, seemed to them a more convenient haven..

Bullfight as it is

Once in Lisbon for 2 days, you can go to the local stadium and tickle your nerves watching the bullfight. Unlike the brutal spectacle shown in the Spanish arenas, the Portuguese bullfighters are not as bloodthirsty, they are called forecaps and have no weapons. The bull in the Lisbon bullfight does not die, but turns out to be pacified in completely peaceful ways, so this attraction causes genuine delight even among the beautiful half of the audience..