Coat of arms of Russia 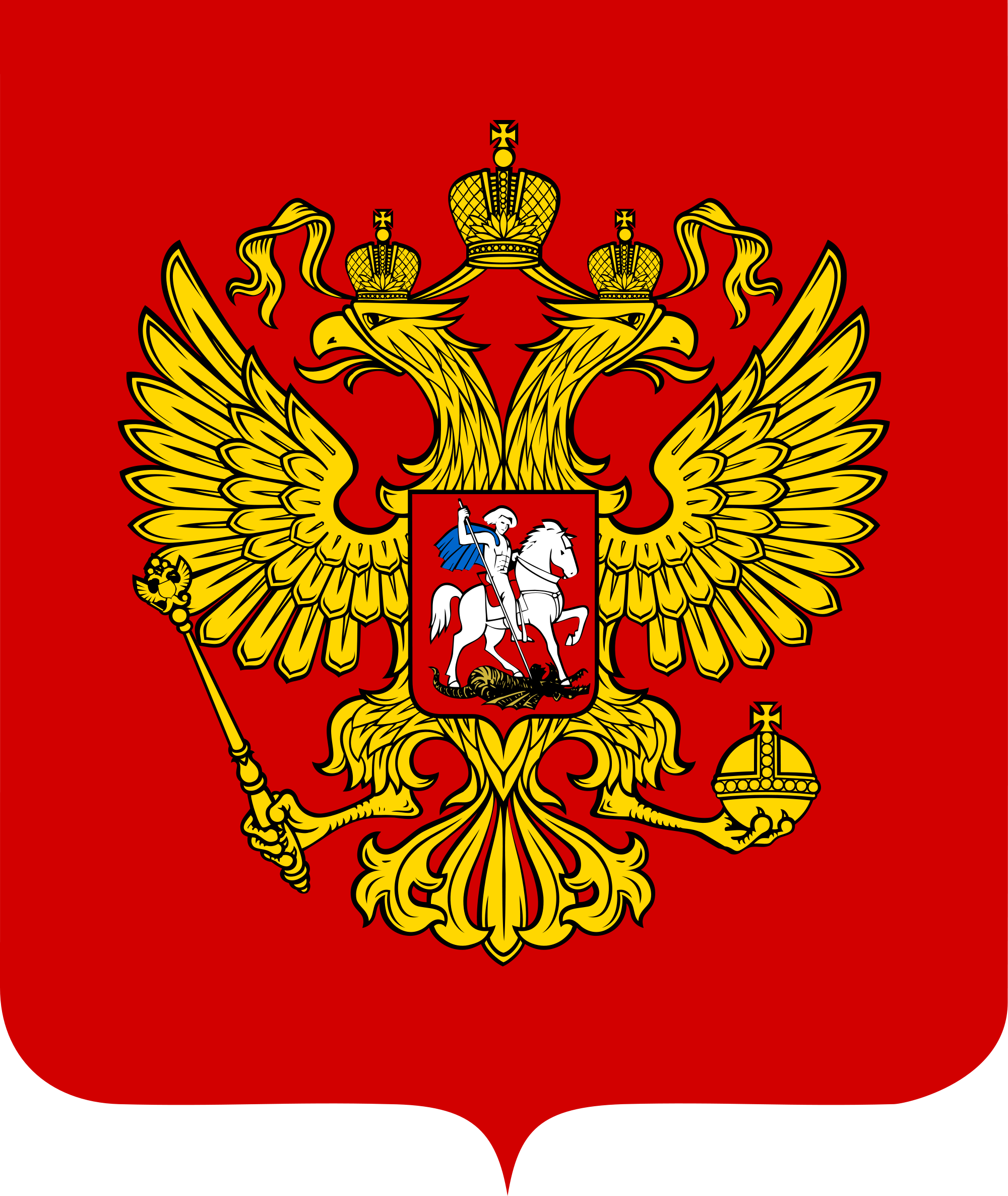 Any country in the world has state symbols that have a deep meaning. The coat of arms of Russia, like the flag of Russia and the anthem, are among the main symbols of the country. Over the long history of these lands, it has changed more than once, supplemented, became the subject of heated disputes and discussions at all levels of political and public life. The Russian coat of arms is one of the most difficult among the coats of arms of other countries.

Coat of arms of Russia - greatness and beauty

The modern Russian symbol is a beautiful heraldic shield, bright red, in the shape of a quadrangle with rounded lower edges. In the central part of the country's coat of arms there is an image of a two-headed eagle of gold color with wide open and raised wings.

At the same time, the bird's heads are crowned with small crowns, and a third, larger one is placed on top, the crowns are connected with a ribbon. The eagle itself holds in its paws the symbols of power: the scepter (in the right) and the orb (in the left). On the chest there is another red shield, on which there is an image of a rider wearing a blue cloak. The warrior has a silver horse and a spear of the same color with which he strikes a black dragon.

Every detail of the Russian coat of arms has one or another symbolic meaning. Crowns are a symbol of the sovereignty of the Russian Federation, both as a whole country and its individual parts. The scepter and orb act as symbols of state power.

That is, upon close examination, one can note the difference not only in small, but also in essential details..

On the Great Russian coat of arms, the shield was gold, a black eagle, imperial crowns, connected by the Andreev ribbon. The capital's coat of arms with George was depicted on the eagle's chest. The Small Emblem of the Empire also depicted an eagle with two black heads, and the shields of the principalities were placed on its wings..