Articles about Stockholm
by Amber 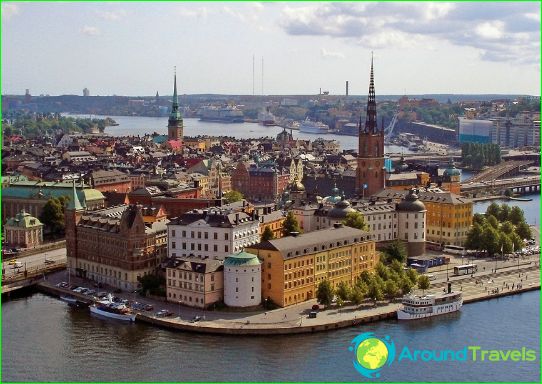 As the capital of the Kingdom of Sweden, Stockholm claims to be the main city of the whole of Scandinavia. Located on the Baltic Sea, it is a major port and one of the most numerous megacities in northern Europe. Those who have chosen to spend their holidays or weekend tours to Sweden are guaranteed comfort and cleanliness in hotels, hospitality and tact of local residents and the unique northern nature - a little cold and dim, but harmonious and very positive.

Russian travelers often choose tours to Stockholm during the Christmas and New Year holidays. The reason for this is the geographical location of Sweden. The country is located in the northern latitudes, which ensures ideal winter weather for all guests in December and January. New Year's Eve in Sweden is a real winter holiday with white snow, pleasant light frost and the opportunity to experience the charm of a warm hearth after a long walk along the Christmas streets.
The history of Stockholm dates back to the 10th century, when a fishing village appeared on the channels connecting the Swedish lakes with the Baltic. The Swedish capital became a city only by the middle of the XIII century, and in 1635 it was declared the official capital of the kingdom.