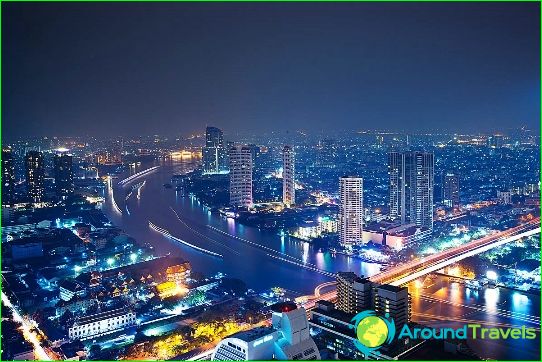 The name of this city got into the famous Guinness Book of Records as the longest in the world, but most Thais can pronounce it without hesitation, because they love their capital and consider it the most beautiful. Tours to Bangkok are not as popular as trips to a beach holiday in Pattaya or Phuket. However, once in the capital of Thailand on business or on an excursion, her guest never ceases to admire the amazing contrasts of one of the largest cities on the planet..

The place where olives grow

This is how the short version of the name of Bangkok is translated from Thai. Once upon a time, ships moored in a small port on the territory of the modern capital, and olives grew in the groves surrounding ancient Buddhist temples.
Tours to Bangkok are possible at any time of the year, but the most favorable are the winter months and the beginning of spring. At this time, the amount of precipitation is minimal, which, with a constant thirty-degree heat, greatly simplifies the existence of Europeans, unfamiliar to the humid tropics..