Articles about Alanya
by Ashley 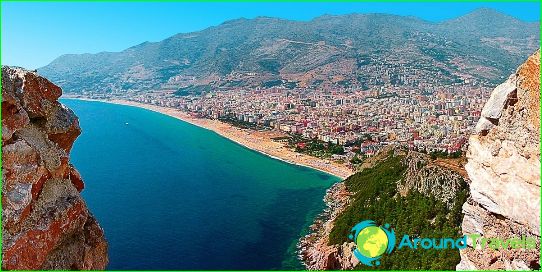 On the shores of the bluest and warmest sea in ancient and exotic Turkey, there is a world-famous beach recreation center, which annually hosts tens of thousands of Russian travelers. Tours to Alanya have been popular for more than a decade, because the organizers of recreation at this resort manage to combine reasonable prices, high level of service and a varied entertainment program. And what else is needed for a not too pretentious tourist, for whom every vacation is a long-awaited and vital one?

The resort is located on the Mediterranean coast, 140 km from the airport in Antalya. It was founded two hundred years before our era by colonists from Ancient Greece. They gave the city the name Karakession, and ancient Alania became for several centuries a convenient refuge for corsairs who hunted robbery and plunder of peaceful ships in the Mediterranean. The Romans cleared the city of pirates and it passed into the possession of Cleopatra, and then became part of the Byzantine Empire.
Tour participants in Alanya can touch the ancient heritage by going on a city tour. There is a 13th century fortress built by Sultan Kei-Qubad, who ruled the Seljuk kingdom. The open-air museum is a great place for photo shoots against the backdrop of the blue sea stretching out on the horizon.