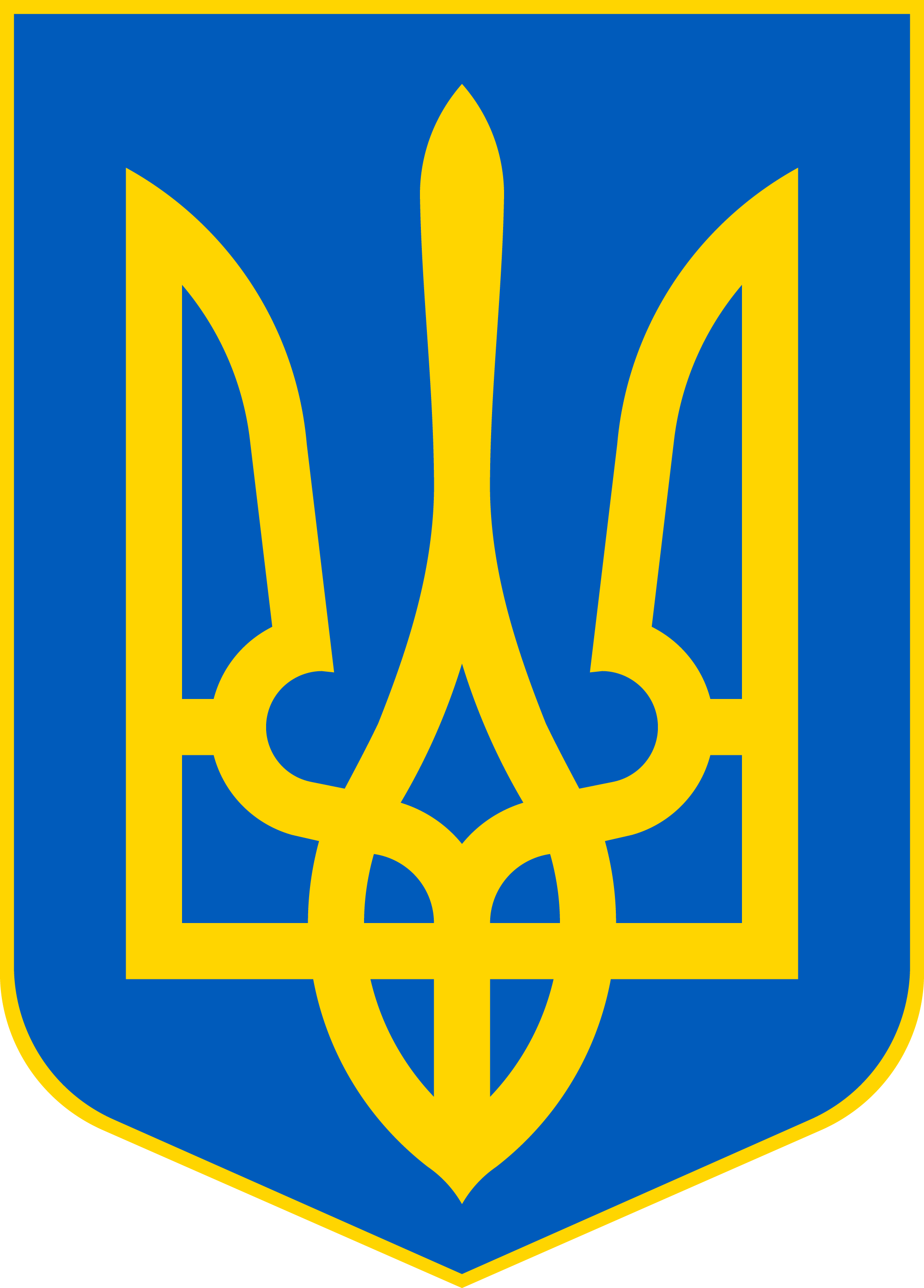 Once Ukraine was part of a huge country called the Soviet Union, and had the main state symbol, which was fundamentally different from the coats of arms of other countries that were part of the USSR at one time. The coat of arms of Ukraine as one of the union republics retained the features of national historical symbols.

In the 1990s, after the collapse of the Soviet Union and the countries gaining independence, the Ukrainian coat of arms underwent some changes. Currently, along with the Ukrainian anthem and flag, it is the main symbol of the country..

Two coats of arms of Ukraine

The state authorities of the country intended to introduce two emblems, including:

Of the two main symbols of statehood, the Small Coat of Arms has passed all the stages of approvals and approvals. In contrast, the large coat of arms of Ukraine is still at the stage of the bill..

The image of the trident as the main heraldic figure of the Ukrainian coat of arms was approved in February 1992 at one of the meetings of the Verkhovna Rada of Ukraine.

The question of why exactly the trident became the basis of the country's coat of arms is still open. Numerous studies are being conducted on this symbol and its role in the history of the Ukrainian state. Many researchers associate the origin of the symbol with the stylized image of the Rarog falcon, which was the family name of the Ruriks, which is confirmed by archaeological finds. Others argue that this image is not a falcon, but Odin's crow..

In the Middle Ages, territorial-dynastic coats of arms replaced the previous generic signs. So, on the coat of arms of the descendants of Daniel Galitsky, a lion appears, which climbs a rock. During the struggle of the Zaporizhzhya Sich with Poland for independence, Stefan Batory sent a special seal on which a Cossack was drawn. This image is known under the name of the "Cossack knight with a samopal". It was he who became a national symbol since 1758..

The Ukrainian People's Republic also dreamed of the appearance of its state symbols, which could be depicted: a Cossack with a musket; formidable lion; trident. It was the latter that appeared as a symbol of an independent republic in 1917. The coat of arms of the Ukrainian SSR was similar to the state symbols of other union republics, approved in 1919, the second version - in 1949.

After gaining independence and independence, Ukrainians returned to their symbolic trident.