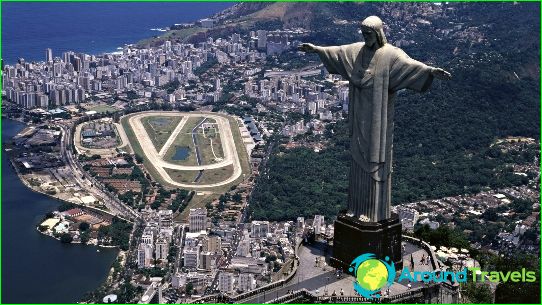 The city, where Ostap Bender dreamed of getting to, in order to walk like all its inhabitants, in white trousers, and today attracts considerable attention from travelers. Today, 6.5 million people already prefer white trousers, and Rio itself has changed a lot since the days when a fraudster of all times and peoples dreamed about it. His bright and original flavor and desperate desire to resist adversity remained unshakable. This is practiced by the townspeople with the help of dances at the carnival and wide smiles that conquer all participants of tours in Rio de Janeiro without exception..

The foot of a European first set foot on this shore in January 1502. The Portuguese decided that the bay washing Rio was a river and named the city Rio de Janeiro. In the middle of the 18th century, the "January River" became the capital of the Viceroyalty of Brazil, and remained it until the middle of the 20th century..
Unesco believes that much in Rio deserves to be included in the World Heritage List, and therefore not only the statue of Christ the Redeemer takes its place of honor there. Tour participants in Rio de Janeiro can get to know the rest: Copacabana Beach, the Gulf Coast and Sugarloaf Mountain. The latter is considered the hallmark of Rio, because the mountain meets the guests of the city, arriving both by sea and by air, and crowns all landscape photos.