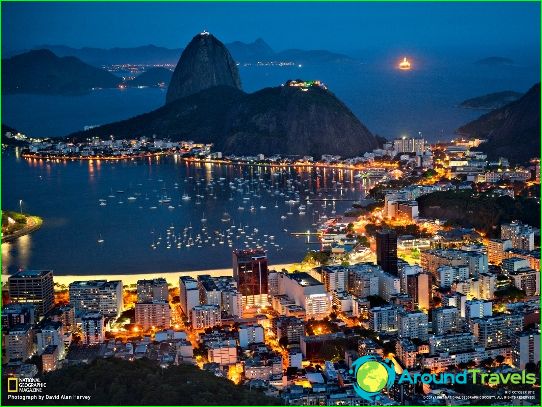 The famous Brazilian resort is located on the shores of the Atlantic Ocean in the subequatorial climate zone. The weather seasonality in such latitudes is weak, and therefore the temperature fluctuations are very insignificant and the beach season in Rio de Janeiro lasts all year round.

On the beaches of Copacabana

The best beaches in the city are many kilometers of golden sand called Copacabana. The optimal resting time here is from May to October, when the calendar winter sets in in the Southern Hemisphere. The average air temperature during this period reaches +28 degrees, and the water in the ocean bay warms up to +22. This season in Rio de Janeiro is the driest and the likelihood of rain at this time is significantly lower than in January-February.
The Brazilian summer begins in December, bringing intense heat and increased humidity to the shores of the Rio. The air temperature reaches peak values ​​in January and can rise to +40 degrees. The ocean is getting significantly warmer and thermometers record +26 degrees in the surf. It rains more often than in winter, and the daily precipitation rate approximately doubles, but the air humidity does not become critical, as in the resort areas of the Caribbean or Southeast Asia.

The most important season in Rio de Janeiro is the time of the famous Brazilian carnival, which every traveler dreams of being in the warm embrace. These splendid days are coming on the eve of Great Lent. Carnival symbolizes a forty-day farewell to all carnal pleasures, and therefore it is celebrated especially luxuriously, generously and colorfully.
Carnival time in Rio is usually in February, and tours to Brazil during this period jump significantly in price. This is due to the increase in prices for air tickets, and the excitement in hotels. Carnival season in Rio de Janeiro is all about street parades and samba schools parade on the avenues and waterfront. These days, hundreds of thousands of guests come to the city, wishing to join the brightest holiday in the world..

For most of the male tourist fraternity, the word "football" is synonymous with Rio de Janeiro. It is here that the famous Maracanã stadium is located, once considered the largest on the planet in terms of the number of seats for spectators. In 2016, the Maracanã Stadium will host the next Summer Olympics. Its arena will host the grand opening of the Games, which will be another important season in Rio de Janeiro..