Home › Articles about Croatia › Airport in Zagreb: scheme, photo. How to get to Zagreb airport

Airport in Zagreb: scheme, photo. How to get to Zagreb airport 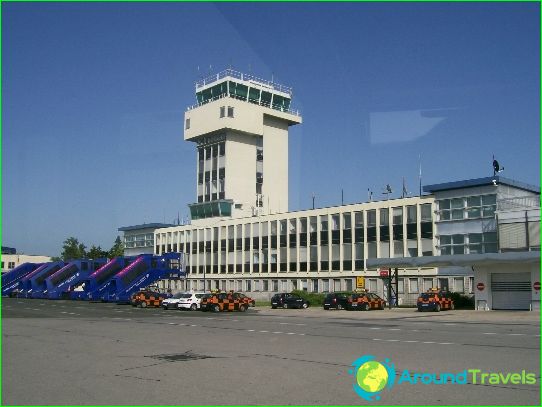 Pleso Airport is the main airport in Croatia, which belongs to the capital of the country, Zagreb. In recent years, the airport has served more than 2 million passengers a year. The airport is home to 91 Croatian Air Force bases, which include Soviet fighters, transport aircraft and helicopters..
The airport is divided by 4 shareholders, of which the largest is the government of the country - 55%.

Pleso airport begins its history since 1959, when the first air flights were made. In the spring of 1962, regular air traffic was established with some cities. At that time, the length of the runway was 2.5 km, and the terminal area was only 1000 square meters. m.
By 1966, the area of ​​the passenger terminal was increased 5 times, and the runway was lengthened by 360 meters. The next major reconstruction was carried out in 1974, the terminal was expanded again and the runway was lengthened, now it was 3252 meters.
10 years later, in order to increase the airport's capacity, various constructions and improvements were made. As a result of the reconstruction, the terminal area was 11 thousand square meters. m.
In 2007 the VIP terminal was put into operation.

Unfortunately, Pleso airport cannot boast of a variety of services for passengers, but everything you need is still there. Passengers can go to a medical center or pharmacy, use a luggage room, etc..
The currency exchange office is open from 7 a.m. to 9 p.m., outside of working hours you can use ATMs.
There are not many shops and food outlets on the territory of the terminal.

There are two ways to get from the airport to Zagreb - by bus or taxi. The bus leaves from the terminal every 30 minutes from 7 am to 8 pm. At night only upon flight arrival. The ticket price will be about 3 euros, and the trip will take about half an hour.
A taxi to the city center can be reached for about 15 euros - 3 euros landing and 0.8 euros per km.