Coat of arms of Mexico 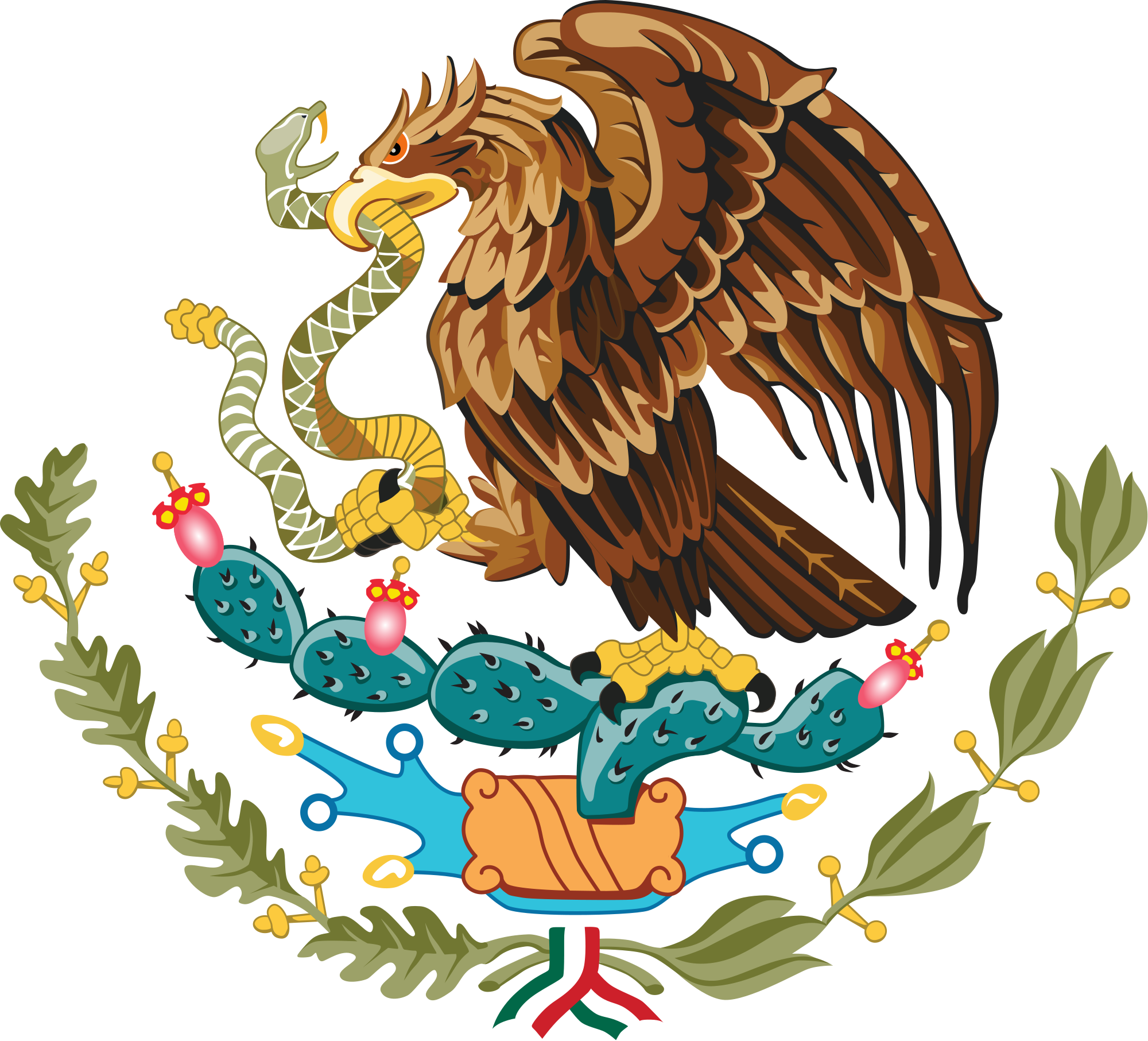 It is very difficult for a European to understand a person living in another hemisphere, brought up in different economic, political, religious and cultural conditions. If you look at the coat of arms of Mexico, then the representative of the Old World will see animals and plants, which, in his opinion, are the most common in the country of the Aztecs. The Mexicans themselves see much more in each of the sacred animals, the same applies to the painted leaves of oak and laurel.

Through time and distance

The modern look of the coat of arms is determined by ancient Indian myths and legends about Witzlopochtli. This is the Indian sun god, not every person can pronounce his name the first time, but only a few can remember it. It was he who predetermined the place where the Aztecs should settle. According to his instructions, they had to find a place where an eagle that caught a snake would sit on a cactus.

The indigenous people had to go in search of a piece of paradise and find it in a beautiful, picturesque valley near Lake Texcoco. The legend was passed down from generation to generation, therefore, as soon as the idea of ​​creating your own state symbol arose, the decision immediately came as to how it should look.

Somehow it so happened that representatives of flora and fauna are depicted on the Mexican coat of arms, with which it is better for a person not to meet. The eagle is arguably the most popular bird to appear on the main symbols of various countries in Europe, Asia and America. Some naturalists claim that the Mexicans chose the golden eagle, which has a second name - the golden eagle. He also has a colleague in Central Asia - the golden eagle is placed on the coat of arms of Kazakhstan, which also emphasizes deep national traditions. But, if in Asian countries the bird was used by hunters, then on the American continent it was revered as a sacred messenger of the gods. The bones, feathers, claws of the golden eagle (eagle) had a sacred meaning, equal to the Holy Scriptures among the Europeans.

Mexican cacti are called the watch of life; in areas scorched by the sun, they are almost the only plants. Despite their very formidable appearance, local residents have long considered them to be helpers in the struggle for survival. And the ancient Aztecs worshiped them as mythical plants that helped fight enemies, standing up as a solid wall in their path.

Today, such formidable representatives of the animal and plant kingdom symbolize the freedom and independence of Mexico. Laurel branches, like those of ancient Europeans, are considered symbols of victors, a stone oak - wisdom and republic. The three-color ribbon is similar to the flag of the country, where white is the purity of thoughts and deeds, red is a symbol of the unification of the Mexican people, green is independence and hope..