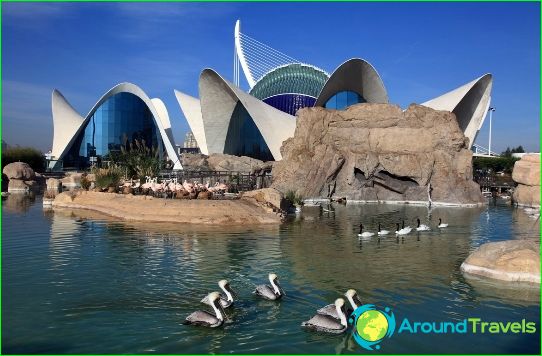 The complex system of administrative-territorial division of Spain emerged many years ago. It is associated with the ethnic heterogeneity of its population, the various customs of the peoples living on the territory of the Iberian Peninsula, historical traditions and even climatic conditions. We can say that a single country, in the usual tourist sense, does not exist here, and each region of Spain can present its own, special interest for travelers..

The main territorial unit of the country is the autonomous community. There are seventeen such regions in Spain, and each community has its own charter and some of its own laws. These regions of Spain contain provinces, of which there are exactly fifty in the country. Each province is subdivided into districts, districts - into municipalities and so on - ad infinitum, up to individual residential areas in settlements.
Opens an alphabetical list of the regions of Spain Andalusia with the legendary Seville as the capital. It is followed by Aragon and Asturias, and Extremadura and the Basque Country close the list..

Geographical names in various regions of Spain are heard by the absolute majority of tourists from Russia. Even those who are just going to fly to the Pyrenees probably know about the most popular cities and resorts in the country: