Home › Articles about the USA › Small towns of the USA - photos, list

Small towns in the USA 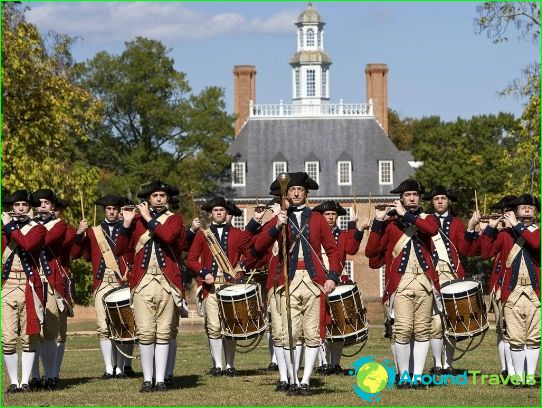 A huge territory where climatic and time zones replace each other more than once is the United States of America. As in any country in the world, there are megalopolises and small villages, where life is very different in rhythm and prosperity of the townspeople, and their habits. The traveler is usually impatient to stand on the Empire Observation Deck in New York and jog down Rodeo Drive in Los Angeles, but it is the small cities in the United States that can best tell the story of the lives of ordinary Americans and demonstrate their habits and affections. In such places, old houses and amazing legends have been preserved.Here you can find unusual museum exhibitions, glorious restaurants and meet colorful personalities who are kindly called city eccentrics..

This authoritative American publication annually compiles its own rating of the most worthy visiting small cities in the United States. The lists repeatedly included Chautauqua in New York State with a Sunday School, whose history goes back a century and a half, and Williamsburg in Virginia, whose college gave the world three future presidents of the country at once. Ohio's Marietta is famous for its local Gothic castle, while Arizona's Sedona is famous for its magnificent views of the Grand Canyon. On the west coast, the publication recommends a wine-growing paradise in the town of Healdsburg in California for local and foreign tourists, and on the east coast - Woods Hall in Massachusetts, from where you can go on a boat trip and watch whales.

In honor of the ancient city, Salem is named in Massachusetts, whose history began in the first third of the 17th century. The fishermen who founded it could not have imagined what passions would play out on the streets of Salem after several decades. It was this small town in the United States that became the center of a witch hunt that lasted 150 years and wiped out almost all of the pretty female urban population..
Today Salem is the center of the Halloween celebration in the United States, but on other days, the bulk of the local residents look, to put it mildly, strange. The House of Witches reminds of old events, where a museum and many "fortunetellers" with the appropriate entourage are open. Another attraction is a residential building, built in 1651, in which the same family lives all the time..

Into a useful piggy bank