Articles about Guangzhou
by Alexis 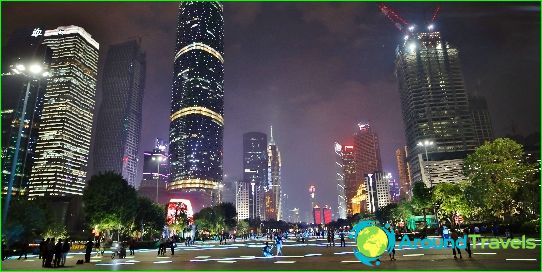 Guangzhou has the official status of a city of sub-provincial importance, while more than 13 million people officially consider it their home - truly, a metropolitan scale! The modern and dynamically developing capital of Guangdong province is a record holder in many other respects, and therefore tours to Guangzhou are of constant interest both among Russian businessmen and ordinary citizens interested in the culture and life of a large eastern neighbor..

The Chinese call the multi-million dollar metropolis either "the city of goats" or "the city of flowers", while the Europeans once knew it as Canton. Guangzhou is located near the coast of the South China Sea, where the Pearl River flows into its waters.
Tour participants in Guangzhou will be interested to know that the metropolis boasts a history spanning almost thirty centuries. From here, sea caravans began to move along the Great Silk Road, ships of countries that traded with the Celestial Empire even before the onset of a new era moored in the local port..
An interesting historical feature of Guangzhou is that opposition to the existing government has always been concentrated here and rebellious sentiments against the Beijing ruling elite often flared up..