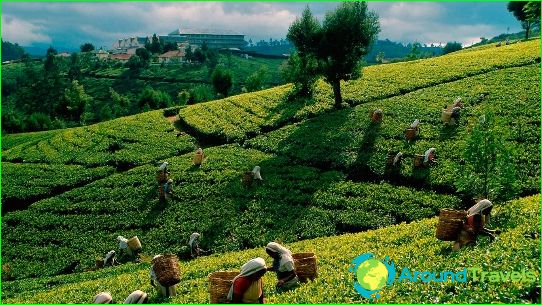 The distant island of Sri Lanka is an oasis of beach holidays and exciting excursions in the middle of the vast Indian Ocean. The culture and traditions of its inhabitants, the drinks of Sri Lanka and the cuisine of the small country have Indian roots. And yet, the island is different from its big neighbor, and in order to find out what exactly, it is enough to buy a tour and start packing your bags.

Don't burden your luggage with too much alcohol. First, the country's customs will not allow transporting more than 1.5 liters of wine and the same amount of spirits. And secondly, the beautiful island has everything that the soul of a vacationer can wish for, and the prices for alcohol in Sri Lanka contribute to the acquisition without undermining the family budget of buyers. Arak coconut vodka costs about $ 5 for 0.5 liters, red rum - no more than $ 9, and local beer is even cheaper than $ 1 (in prices at the beginning of 2014).

Once the beautiful island was called Ceylon, and it was the local tea that won the hearts of many gourmets and fans of the aromatic drink. It began to be grown on an industrial scale in the middle of the nineteenth century, and today the national drink of Sri Lanka is supplied to more than a hundred countries of the world, accounting for 15% of the state's exports. The first planters in Ceylon were James Taylor and Thomas Lipton. The last one became real «tea king» world-class thanks largely to Ceylon plantations.
The main volume of tea grown in Sri Lanka is black and green, but a small proportion of oolong and white varieties are also present. Customs rules regulate the export of the national drink, prescribing only two kilograms for each departure.

For those who like it hot, the island of Ceylon offers a wide range of locally produced spirits, within which you can satisfy all tastes and needs: