No, I didn’t fall off the bike, although my hand looks all so bandaged. A boil has formed on the elbow, apparently with dirty hands, it has been combed. Just just recently I thought that the insurance should be checked, get a new experience and here you are. Maybe if it weren't for the blog, I wouldn't have gone to the doctor, I'm used to delaying everything until the last moment. But in this case, I later read it post factum, it still made sense to go to the hospital, or you never know, the consequences might not be very good. Moreover, one night I did not sleep at all, I could not bend my arm, I could not put it anywhere, it is better to play it safe. Actually, for this we do insurance. In general, catch the fresh experience of the ERV company.

Let me remind you that I have an annual ERV insurance with coverage of 100 thousand dollars, the same one that I advised all of you a couple of months ago. The insurance works not only in Thailand, but all over the world. As you can see, everything that I recommend here on the blog, I use it myself..

I called the ERV insurance on the phone number indicated in the policy (they have their own Euro-Centr assistance), told what was the matter. About 40 minutes later, they called back to the Thai number and at the same time received a text message to the Russian number with the name of the hospital. Sent to Samui International, oh which I already wrote a couple of years ago. They warned that the letter of guarantee would be valid until 12 at night, so that I could get to the hospital before that time (it was in the evening). They promised that 30 minutes after the call, the letter of guarantee should definitely be received by the hospital. They asked the dates of the trip and a photo of the stamp and passport, well, suddenly I bought the insurance while on the trip.

Well, it was interesting to check whether the letter of guarantee would arrive on time, so I drove off in about half an hour, my hotel was just 2 km away from this hospital. The letter of guarantee lay in place, right on top of all the papers. But the visit to the doctor did not take place. They looked at my elbow right at the reception and realized that we needed another doctor, who would only be there tomorrow at 6 pm, some therapist. Apparently initially they thought that I had something with a bone with my elbow, because of an accident or just a fall, because they started talking about X-Ray, but I immediately said that the problem is not in the fall. 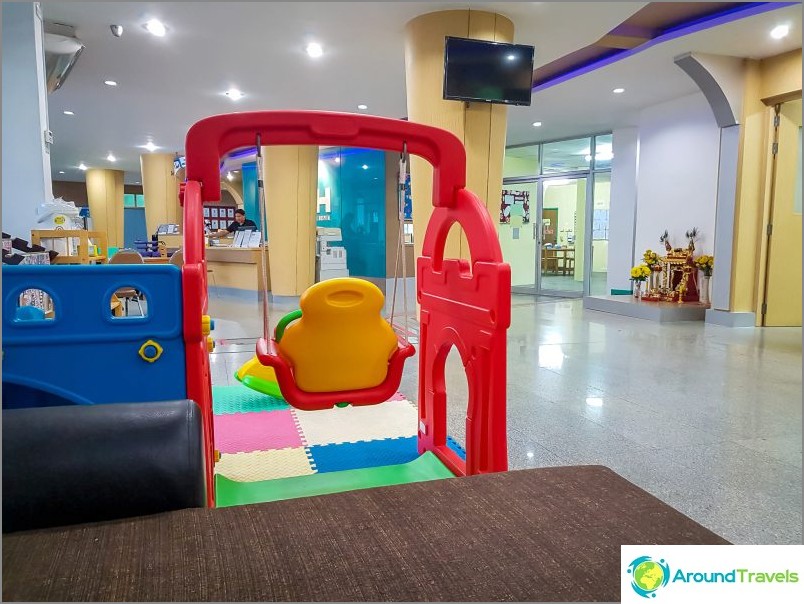 The hospital did not change much, except that the swing was put on

I know Samui International Hospital is not the best hospital on the island, but my problem was not very serious, so I did not ask Bangkok Samui Hospital. True, when I asked the insurance company about him on the phone (just for the sake of interest), they told me that they only send them there in extreme cases, for example, when the question of hospitalization goes. Well, and you need to understand that in Samui, in principle, all hospitals are not ice, if we are talking about the professionalism of doctors, so there is not such a big difference, so it is clear that the conditions in Bangkok Samui Hospital are better.

I went to the doctor the next day at the appointed time. There was no letter of guarantee, although I coordinated the visit with the insurance company. You remember, right? That every visit to the hospital must be agreed, no initiative, even if the workers in the hospital do not say a word about it, or vice versa, they say that you come and do not need to call anywhere.

So I called the insurance company again and they promised to send a letter of guarantee in 20 minutes. I also asked them to indicate something in the letter, regarding the fact that this is a direct guarantee of payment, so that my passport would not be taken away. At the reception there is an announcement that passports or a cash deposit are taken in any way until they definitely receive a payment guarantee, and it takes 3-4 days, and my flight to Phuket was just planned. While I was at the doctor, during these same 20 minutes a letter came, and my passport was immediately returned. The insurance company worked as it should. I remember Liberty, the passport, indeed, then after 3 days I came to pick it up. 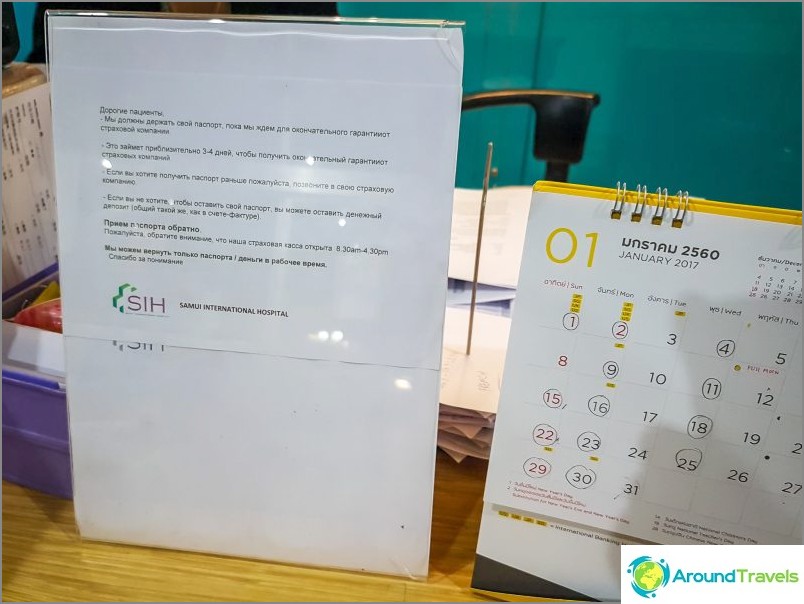 The doctor's examination took a couple of minutes. I don't know how obvious everything was there, but I didn't look too much. I wrote out a prescription, said that I would need to come a couple more times so that they could look and make a dressing. Then the nurse removed all unnecessary, washed and bandaged (purely to fix the hand). Of the drugs, they gave 3 drugs: antibiotics, anti-inflammatory, and pain reliever. 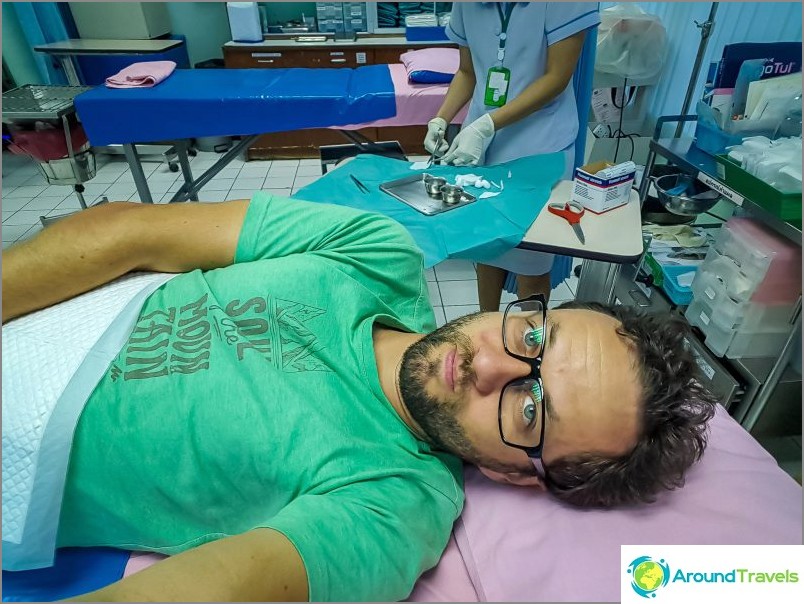 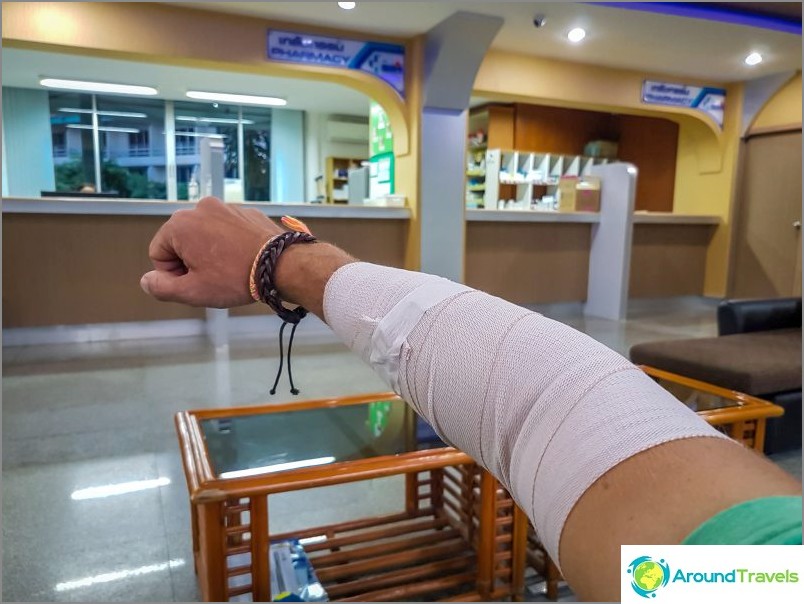 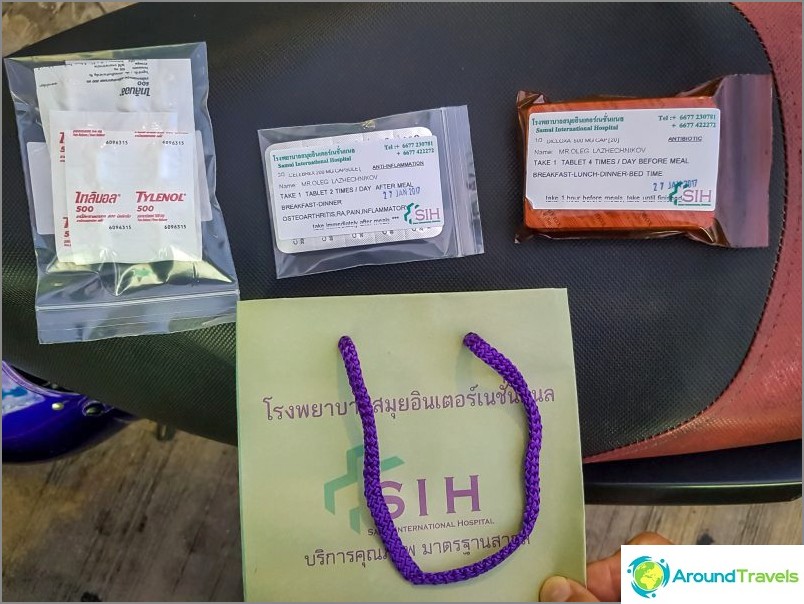 Medicines were given with you, are included in the bill

Be sure to read my main post about insurance. There I have compiled a fresh rating of insurance companies that are now worth buying, since the information changes frequently. Also, there are all the answers to your questions: what is an asistency and why is it important, how to use it correctly, which options should be added and which are not, and so on..

The bill for all together amounted to 4542 baht. Here the insurance has fought back, and yet it will operate for another 10 months. Although, if you do such procedures somewhere in Nathon (there is a cheap Thai hospital), then, I think, I would give about 1000 baht for everything about everything.

A day later, I came again. Previously, having coordinated this visit with the insurance company. The second time the bill was 500 baht, and the letter of guarantee was already waiting when I arrived, that is, they did not even try to take my passport. 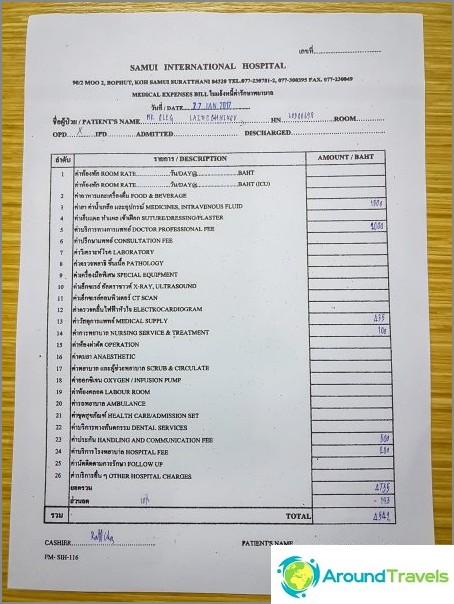 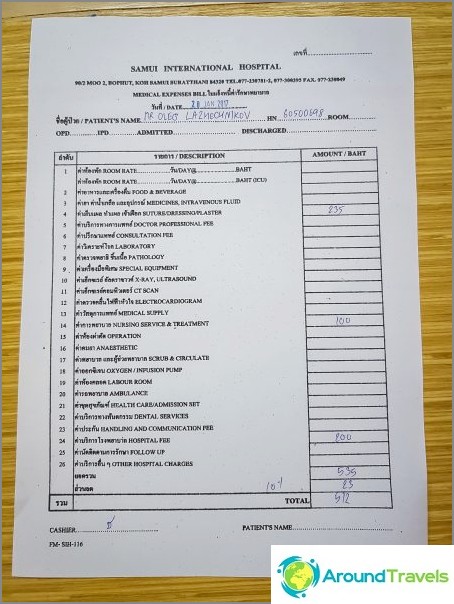 The second highest quality hospital in Koh Samui (the first Bangkok Hospital). The service and qualifications of the doctors are normal, the staff speaks English. A popular hospital with tourists. More details.

P.S. They say that in serious situations the ERU is still operational and works well, as was with me a year ago. You understand that I am glad to tell you about my personal experience, but I really don't want to get this experience..