Home › New articles › Interview with a private guide from Munich

Interview with a private guide from Munich

I have always been interested in how people who have moved to live in another country live and what they do. And especially those of them who are connected with travel, since this topic is my immediate hobby. And then the chance provided an opportunity to talk with Alexey Usik, an individual Russian-speaking guide in Munich and Bavaria, and interview him. His website is www.vash-gid-v-bavarii.ru.

After, I thought that such a job is a great option for some travel bloggers who know the countries, cities, and customs of local residents well.. 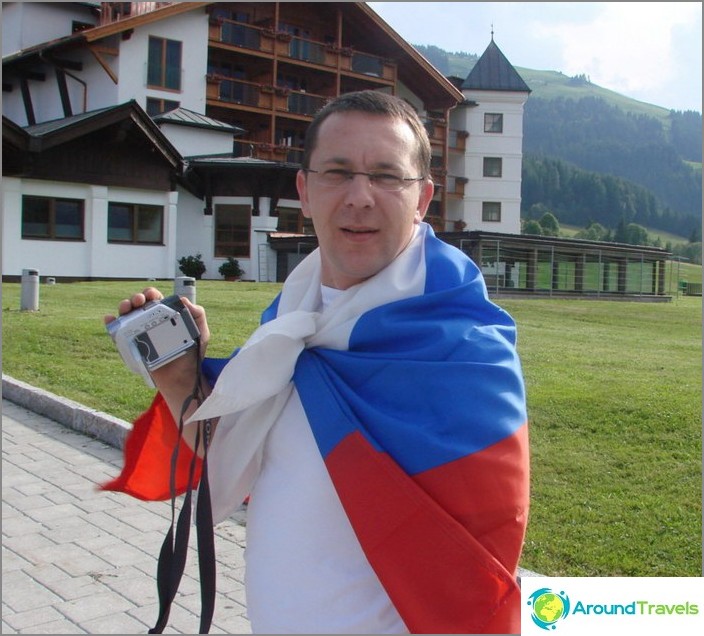 Alexey, how did you end up in Germany?

In 2000, my wife's family received a call for permanent residence in Germany. The question arose: to move, or not ... After weighing everything «per», those. standard of living and stability, and «against», those. my unclaimed Russian higher education in Germany and the prospect of ascent «from scratch», nevertheless, in order to preserve the family, it was decided to move.

Who did you work before becoming an individual guide?

Upon arrival, we found ourselves in the richest, and in my opinion, the most prosperous land in Germany - Bavaria. A few months later, after settling all the necessary paperwork, I started working in a flower shop, and then trained to be a truck driver and got a job at a company that delivered groceries to nursing homes, kindergartens, hospitals and hotels..

As you «ugorazdilo» become an individual guide?

Delivering food to hotels, I increasingly began to encounter Russian-speaking tourists from Russia and the countries of the former Soviet Union near the reception, who studied city maps, tried to find excursions around the city and to the castles of Bavaria on the Internet (almost every hotel has corners with a computer and access to Internet), tried to find out where and how you can book a transfer or excursion to Neuschwanstein Castle, etc. etc. During the beer festival - Oktoberfest, our people were frantically looking for where they can buy vouchers to get into the tent.

Then, at work, I began to travel to Munich airport, which is 40 km from the city, where I watched a picture of people who flew from Russia (Ukraine, Kazakhstan, etc.) to Munich with a further transfer to the ski resorts of Austria , hire taxi drivers (who communicate with passengers using gestures and broken English), and book a transfer to Sölden, Ischgl, Mayrhofen, Kitzbühel and other resorts.

In general, I looked at all this, and gradually a question arose and developed in my mind: «Wouldn't it be easier for our people if a person appears who can give them a tour of Munich in Russian? Take them to castles? Arrange a vacation on the lakes of Bavaria? Offer a transfer in Germany and to the ski resorts in Austria? Moreover, I always liked working with people ...».

Was it difficult for you to retrain, because a truck driver and a tour guide are completely different things for tourists??

I sat down for textbooks, shoveled dozens of books and historical publications; almost every weekend I took several of the same city and field excursions with German (both tourist and individual) guides; passed exams for the right to engage in this type of activity and to transport people; registered as a private entrepreneur; traveled, looked for and made routes specifically for my future clients, which would be of interest to a Russian tourist; borrowed cars, etc..

I can say that it took me almost 2 years to complete all these details, not to mention the financial costs and stressful situations..

I've always wanted to know what is the difference between individual guides and major travel agencies?

One of the main advantages of individual escorts and excursions over «massive» Is exclusive. That is, a person understands and feels that everything is done ONLY for him, and proceeding ONLY from his interests and wishes.

I in no way diminish the merits of those mass excursions that are offered by large companies. This price niche should also be occupied. But, the same large travel agencies, if their client orders himself «individual», they turn to me to adopt these people and conduct personal excursions with them, because they themselves cannot organize this kind of approach for their clients.

Most tourists from Russia and the countries of the former Soviet Union who come to Munich do not know exactly what they want to see, i.e. do not have a clear plan. The main thing for them is to collect as much visual information as possible about the city in particular, and Bavaria in general. This is, so to speak, non-targeted tourism. To such clients, of course, I offer exactly those excursions and attractions that «on hearing» from the layman, i.e. walking and car tour of the city with visits to iconic and interesting places, as well as Neuschwanstein Castle, Linderhof Castle, Herrenchiemsee Palace and other equally interesting castles and palaces.

If people go purposefully to see or visit something, then an individual program is already prepared or adjusted for them, taking into account the wishes and capabilities of the client. This can be a visit to an exhibition, clinic, sporting events, concerts, Oktoberfest, knights' tournament, Legoland, etc. with parallel filling of free time with excursions.

Who are your customers, from what strata of society?

Our people after the fall of the so-called «iron curtain» began to travel more actively around the world. If earlier, in the 90s, not everyone could afford it, now, almost anyone can visit, in particular Germany, and other countries..

Another thing is that not everyone can hire an individual guide-accompanying person. my services are much more expensive than if a person (or family) orders general excursions at a travel agency. This is the whole difference - or cheaper, but on a shared bus, to mass tourist places, «on the whistle» got on a bus, etc., or, on the other hand, the excursion program is adjusted just for you. In this case, you go on an excursion by prior arrangement with me, at the time you want, and return to the hotel by the agreed time.

Today, with rare exceptions, my clients are private entrepreneurs, businessmen, officials, corporations who send their employees on business to Munich and others. As for the alpine skiing enthusiasts, these are completely different segments of the population. They all have one thing in common - love for the mountains..

Everything will depend on what is required for a particular person, family or group. If these are excursions in Munich, then their approximate templates (which can be discussed), including the cost, you can find on my website www.vash-gid-v-bavarii.ru in the section «Munich». If these are trips around Bavaria, then go to the section «Bavaria». To calculate the cost of transfers, there is a section «Transfers» + now I have made a more convenient transfer calculator in the right vertical menu.

For each specific client, his individual plan of excursions, trips, events can be drawn up, and the cost in these cases will fluctuate both upward and downward. But, at the same time, I remind you that there can be no individual excursions at the price of group ones, and people should clearly understand this..

Do your clients have any strange desires?

Different people have their own, inherent only to them, ideas about the strangeness, or about the unusual desire. What is natural for some may not necessarily be the norm for others. Here, rather, we can talk about expediency. For example, I had clients who ordered a transfer from Munich to a clinic in Nuremberg, asked me to wait until they undergo procedures or examination, and took them back to Munich after a doctor's appointment, because they did not want to call a taxi and go back with no one knows who. And every hour of waiting for a client, it should be noted, costs money. Those. a person thinks: ordering and transferring a taxi from Munich to Nuremberg costs, for example, 230 euros. Conversely, respectively, the same amount. If a client orders a transfer from me, then he does not need to pay 100% of the cost for ordering a taxi in the opposite direction. He pays me 50% + for the return trip for the amount of time that I will wait for him. That is, in the end, in both cases, the amounts are approximately the same (but he does not need to call a taxi and be silent all the way, because the driver will be German or Arab), and in some cases, I can order a transfer even a little cheaper.
For example, I no longer consider it strange..

They say that Russian tourists behave the worst abroad. Have you had to resort to the help of the police?

We must pay tribute to our people, so far no one has ever tried to challenge or «overturn» agreements on routes and payment for services reached during the preliminary trip, correspondence and telephone conversations. I do not know if this is due to innate integrity, or fear, in which case, not to get a Schengen visa next time, nevertheless, our people always comply with the terms of the preliminary contract. 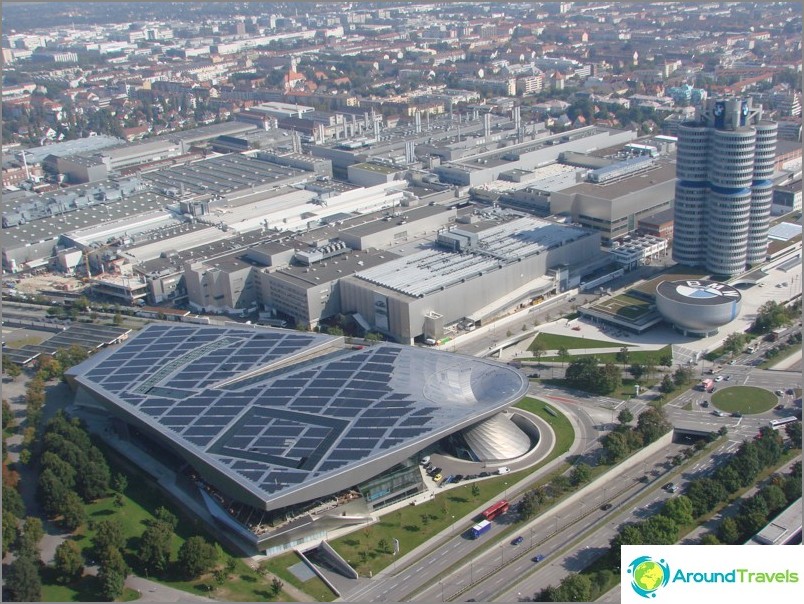 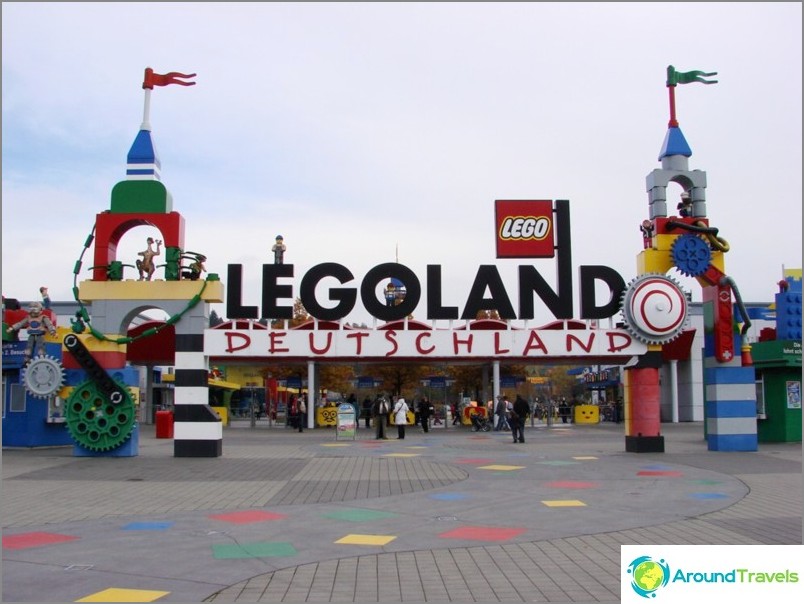 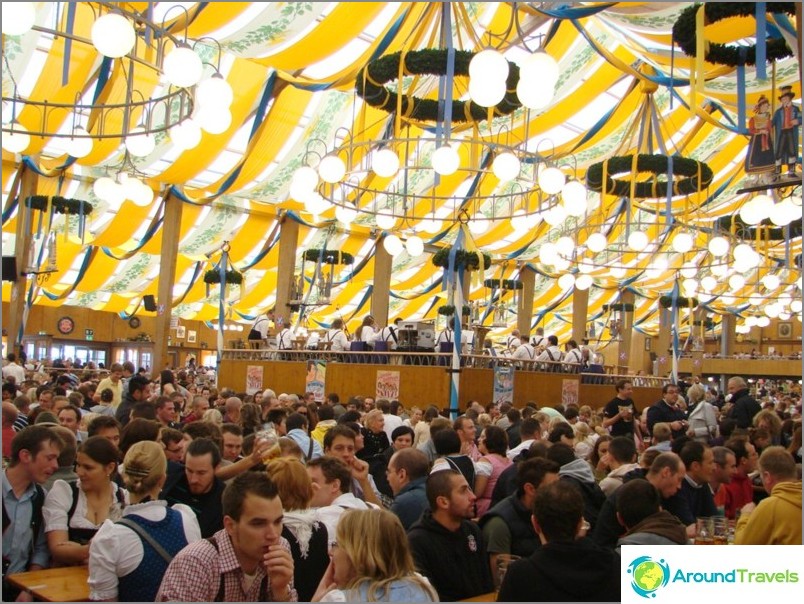 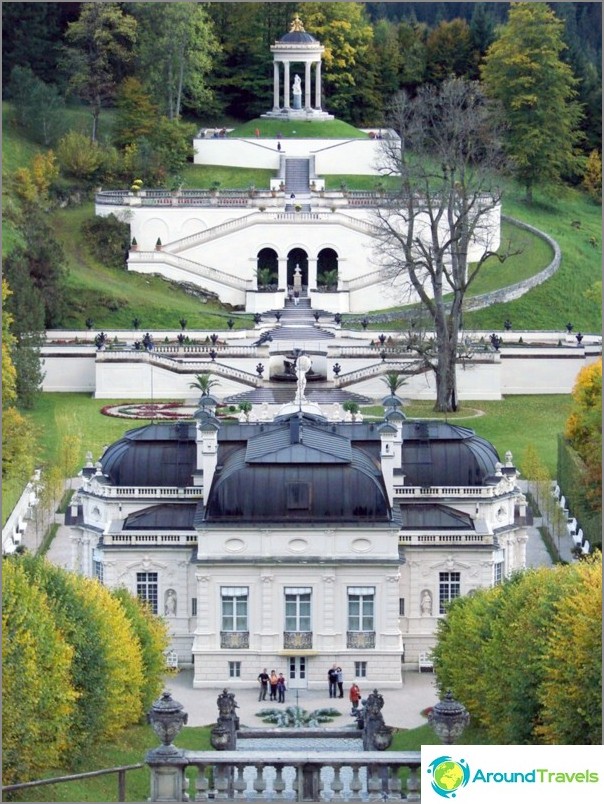 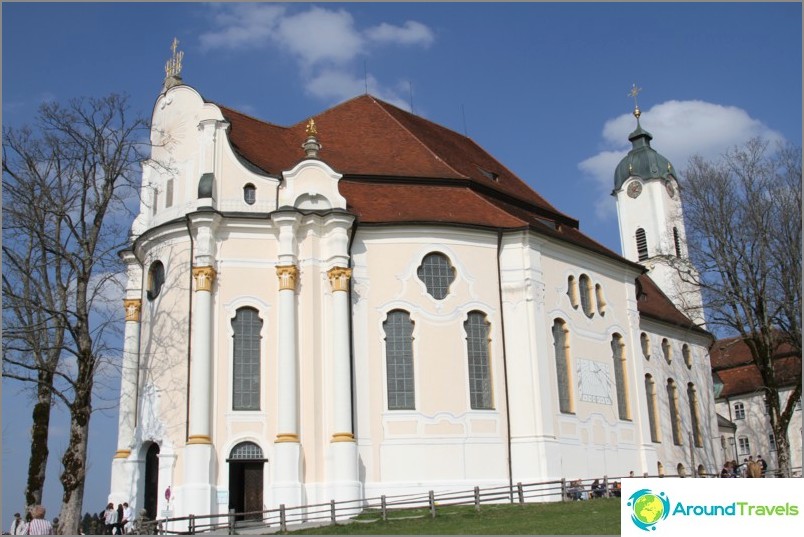 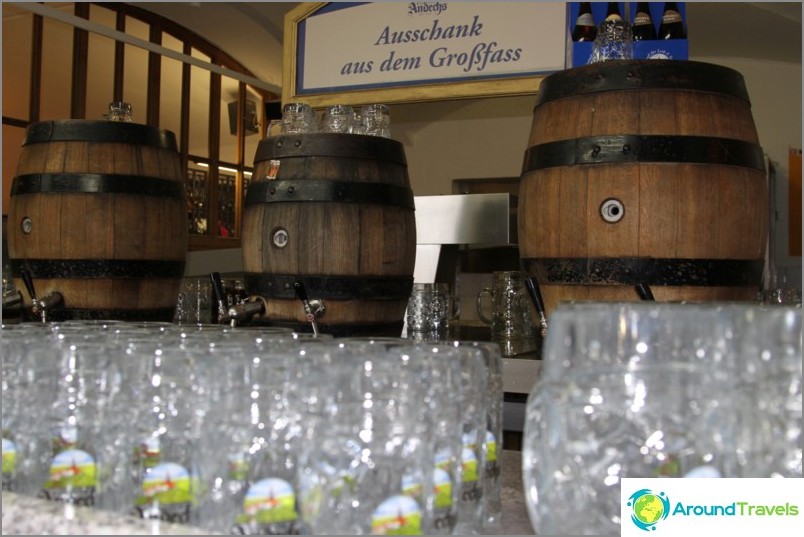 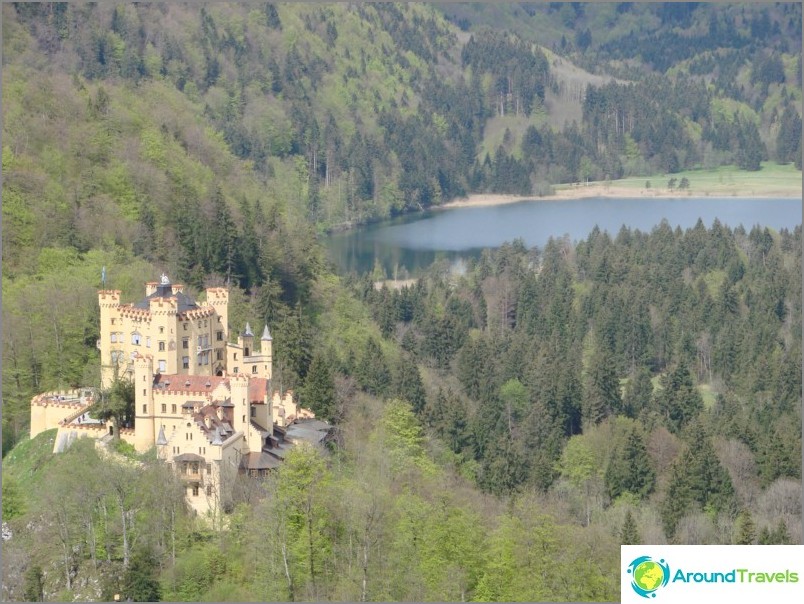 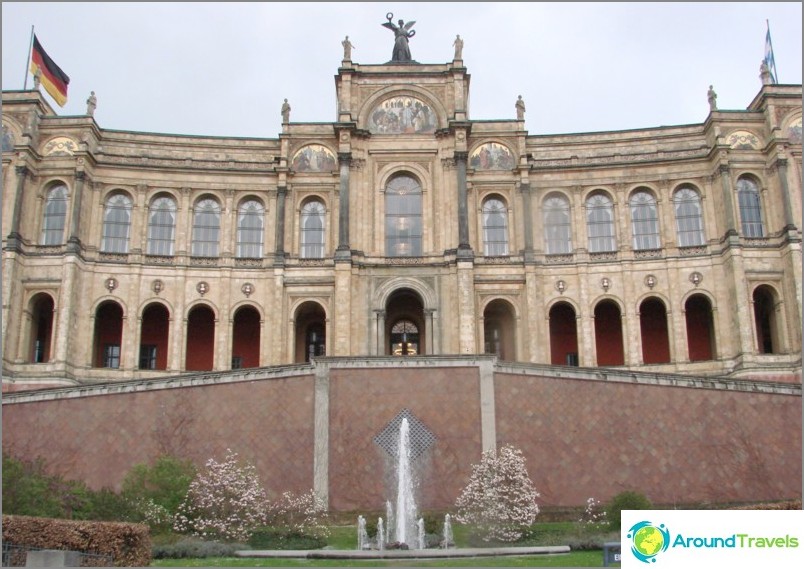 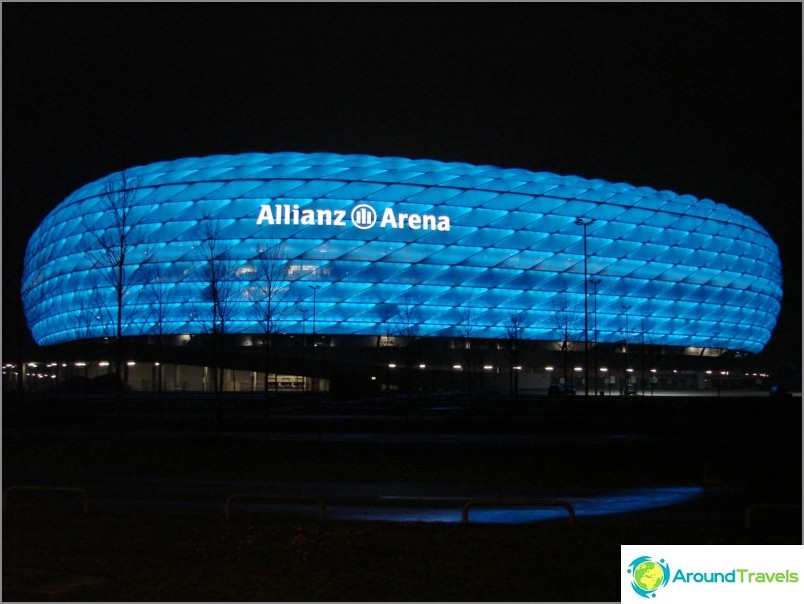 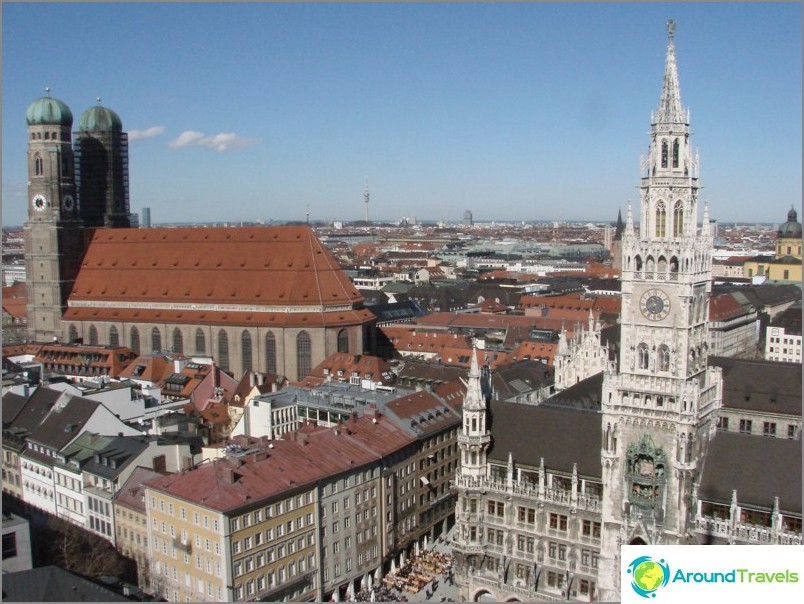 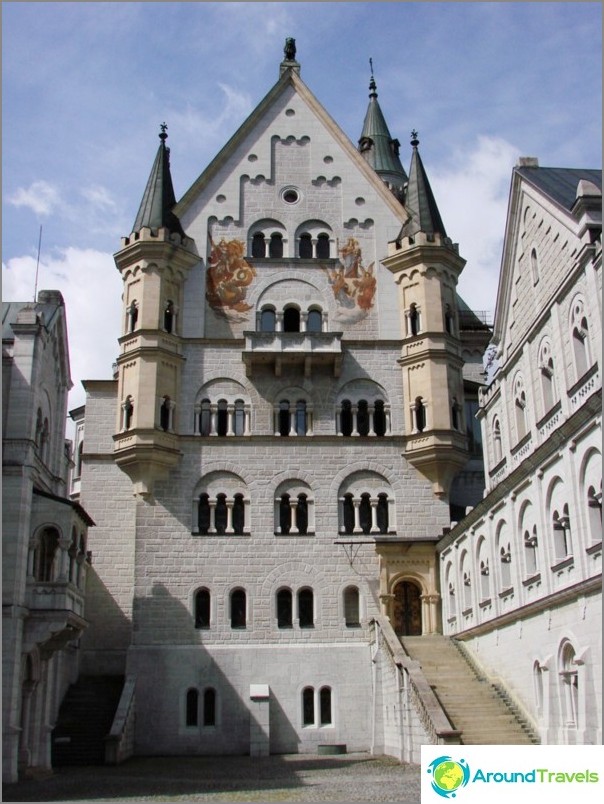 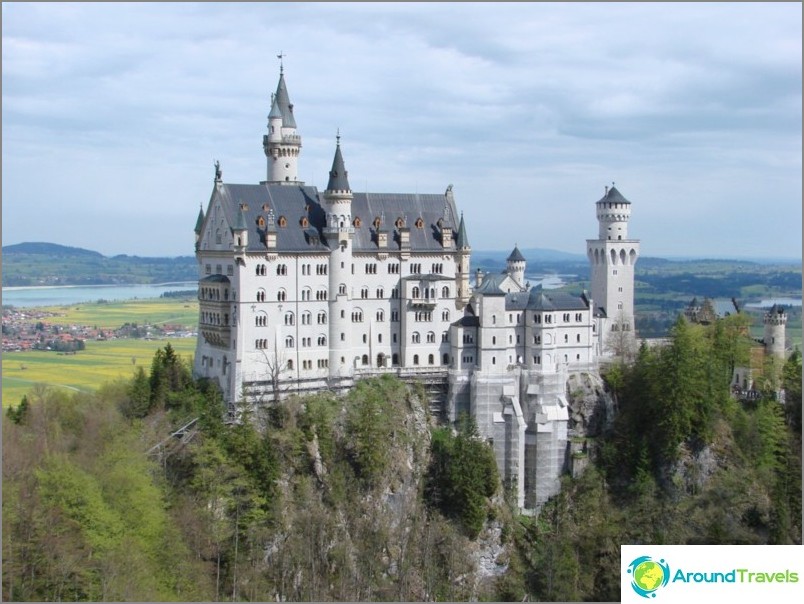 Hike to the mountains of Crimea: Tyrke ...