The most deserted and farthest of the beaches of Khao Lak, on which it would be worth relaxing. There are 3 more beaches to the north, where it is even deserted, but they are very far from the center of Khao Lak - Nang Thong beach. Even Khuk Khak beach will have to be reached by bike or taxi, what's the point of going even further?

Moreover, already here you can be alone on a great beach, in fact, that's why people come here. So I would not consider other more northern beaches. At the same time, they are not only farther, but also visually will be worse, since they are much less picturesque, and pebbles on the beach will come across.

There is almost nothing here, except for a wide and straight strip of sand and a densely growing grove of tall casuarin trees. Several large and good beach resorts are scattered along the beach and do not disturb the overall privacy. For almost all four kilometers, the beach is completely deserted. This is exactly what I liked about him.!

People are found only near hotels and small cafes, of which there are only a few on all four kilometers of the beach. In general, this is a paradise for those who are tired of the hustle and bustle and want to sit quietly in a sun lounger and relax with a cocktail, without being distracted by the crowds of beach vendors and massage offers..

The road from the highway to the beach leads through fields and palm groves, there are no large villages, as well as clusters of hotels in this area. In addition to casuarins, on the beach there are also palm trees, the ground under which, like a green carpet, is completely covered with loach.

In the south, the beach is bordered by the beach Bang Niang, they are separated by a river wide during the rainy season and shallow during the dry season and flowing into the sea. In the north, a strip of beach freely merges into a completely deserted beach called Pakarang. The boundary between them is conditional.

Entry into the water is slightly smoother than on the more southern beaches of Bang Niang and Nang Thong. At low tide, the width of the strip of sand becomes even greater, and the sea is very shallow for several meters. But if you go a little forward, you can swim. There are no large stones on the shore, again unlike the neighboring beaches, on Khuk Khak there are no.

Tall trees along the beach provide shade in the morning. The rest of the time, one has to rely, either on oneself or on sun loungers with umbrellas in front of large hotels, although some of them may be intended only for their guests. So you better come in the morning.

Photographed from two different points in the southern part of the beach, but overall everything looks the same. 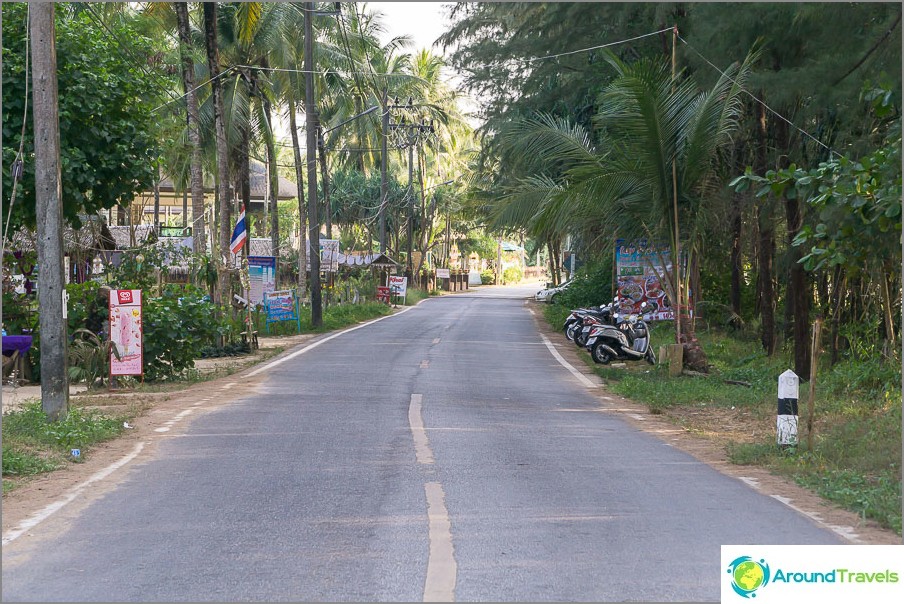 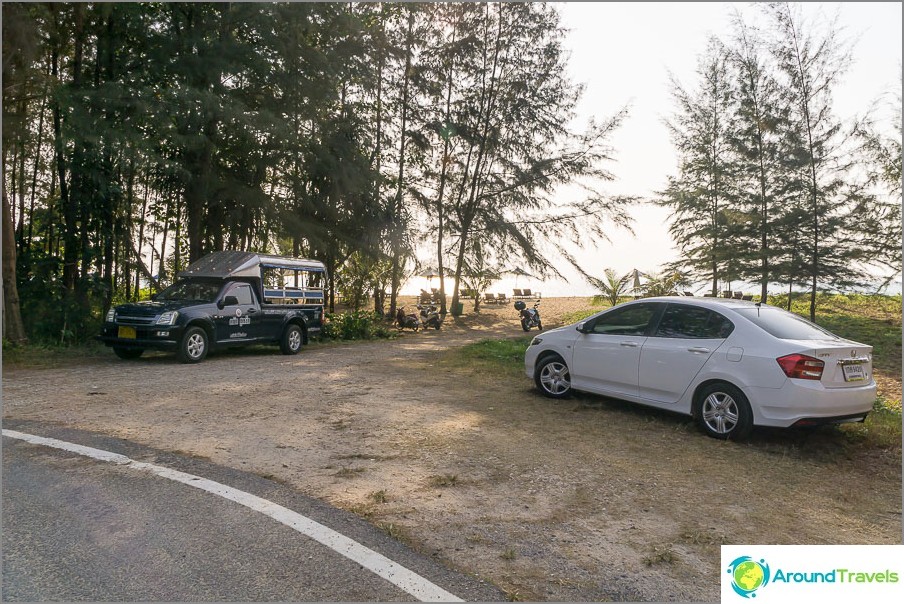 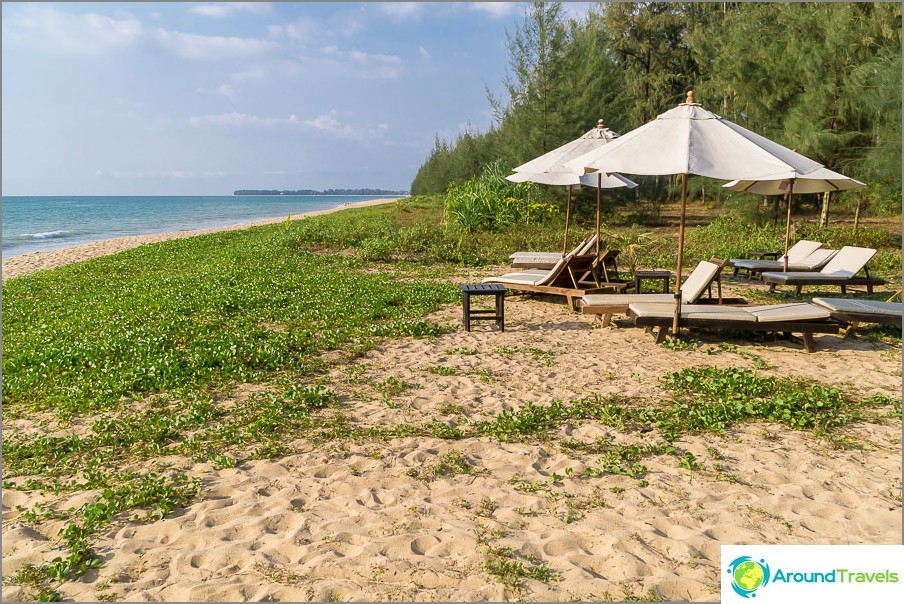 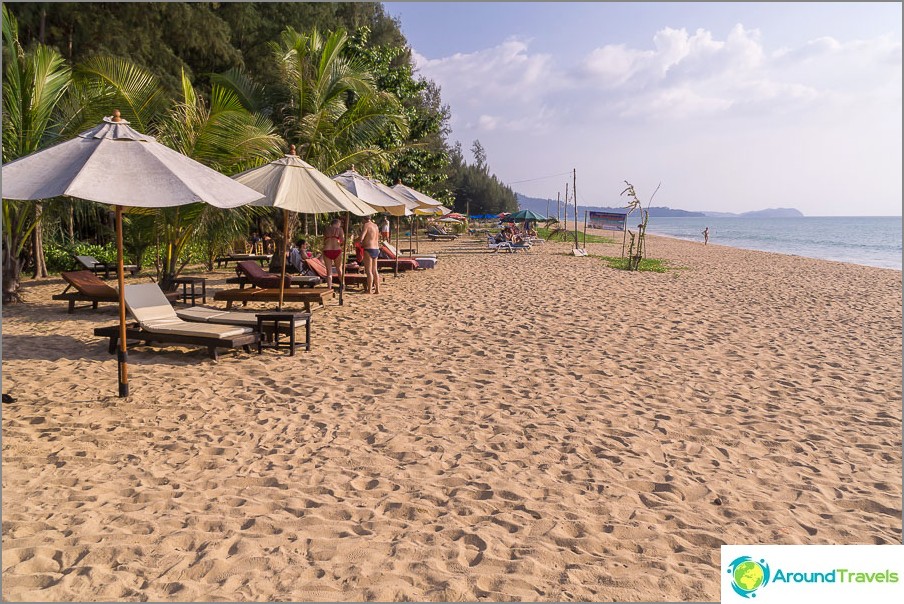 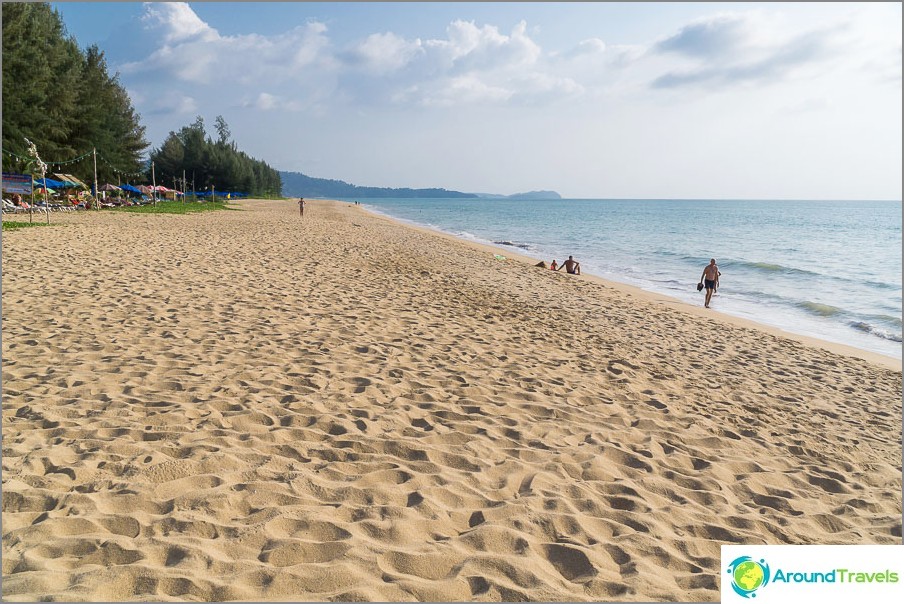 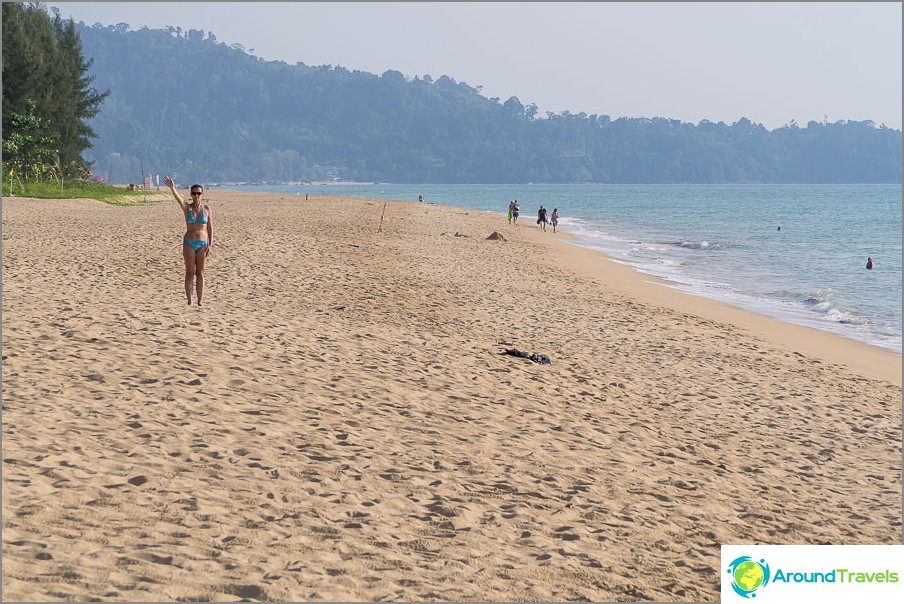 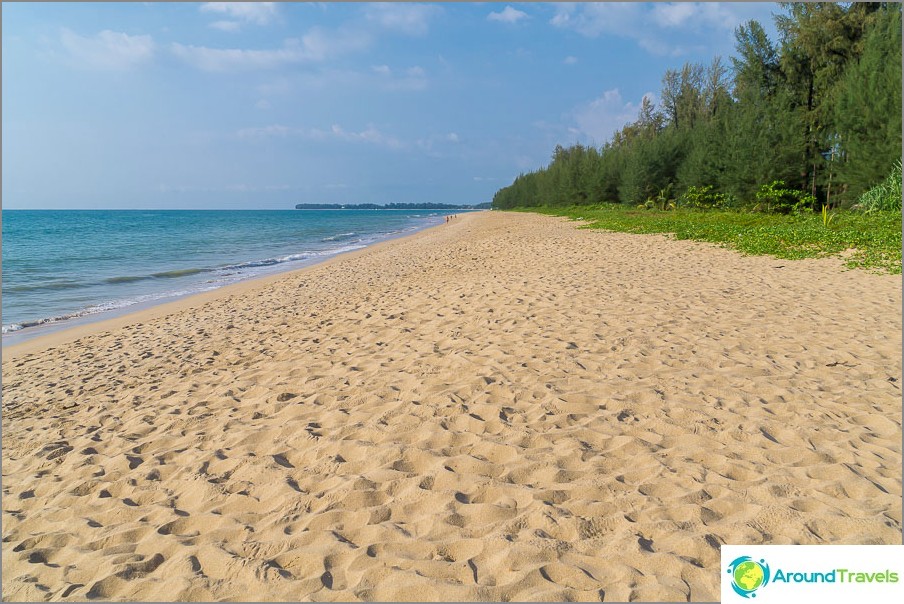 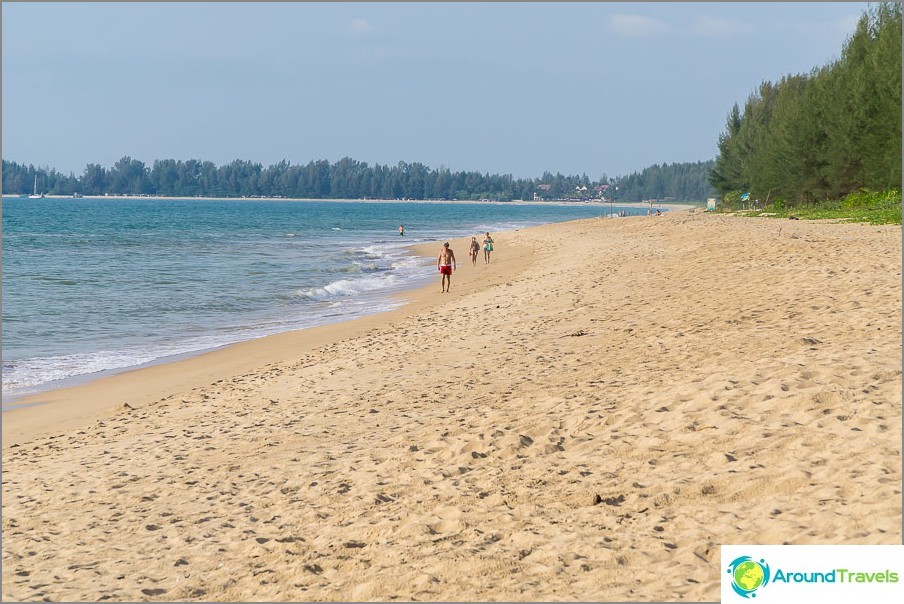 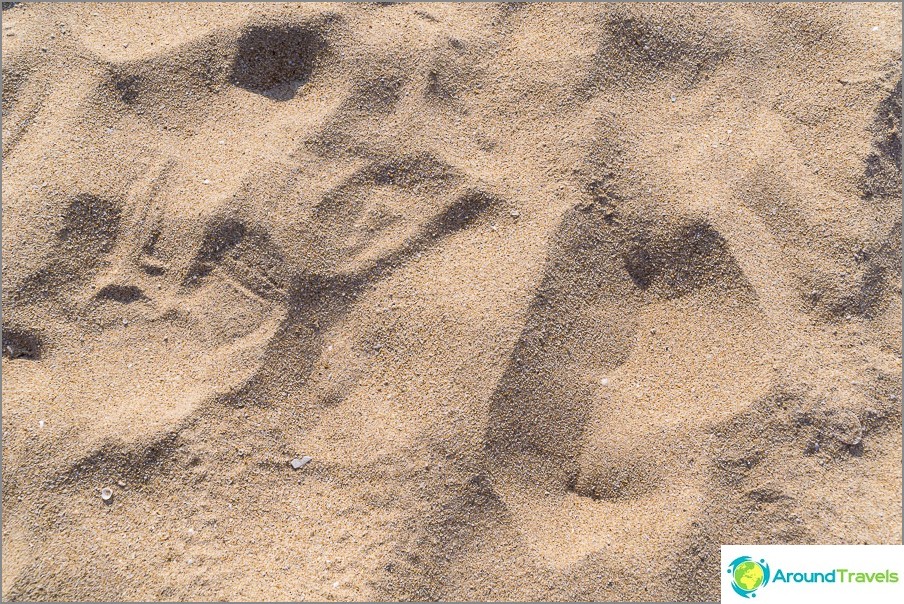 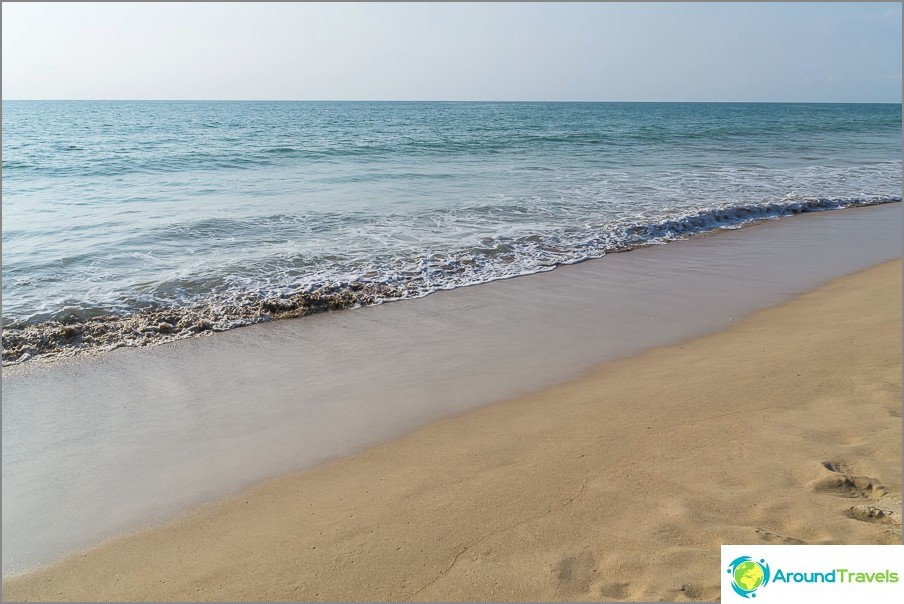 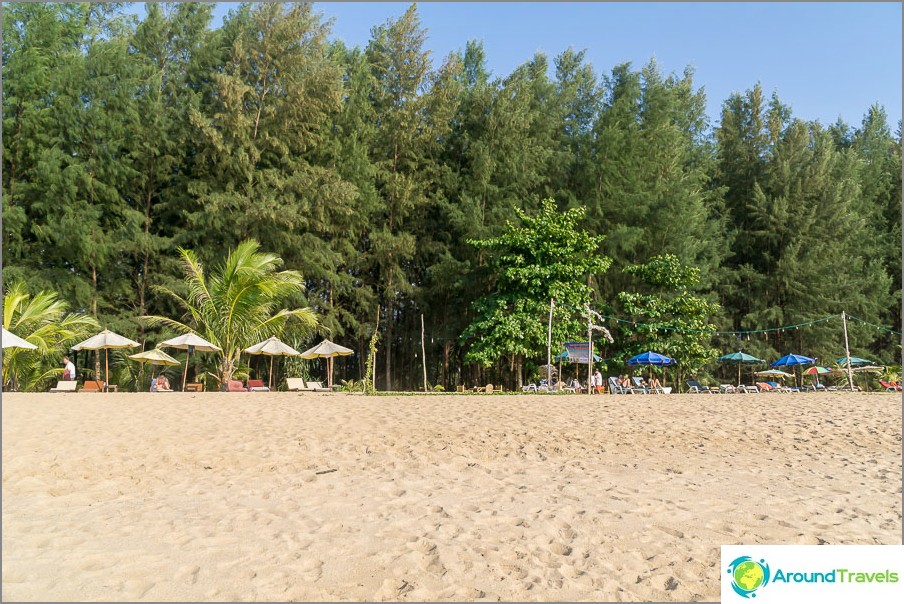 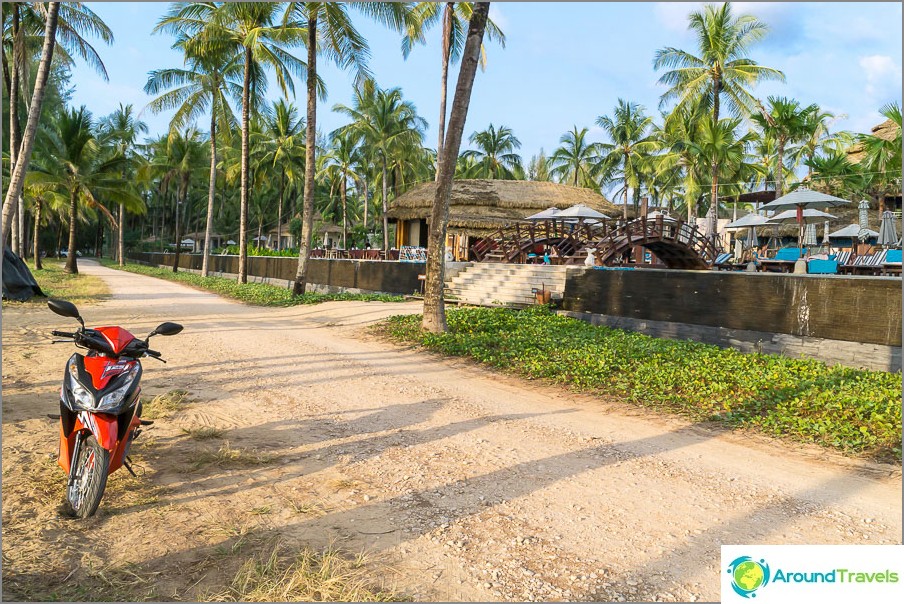 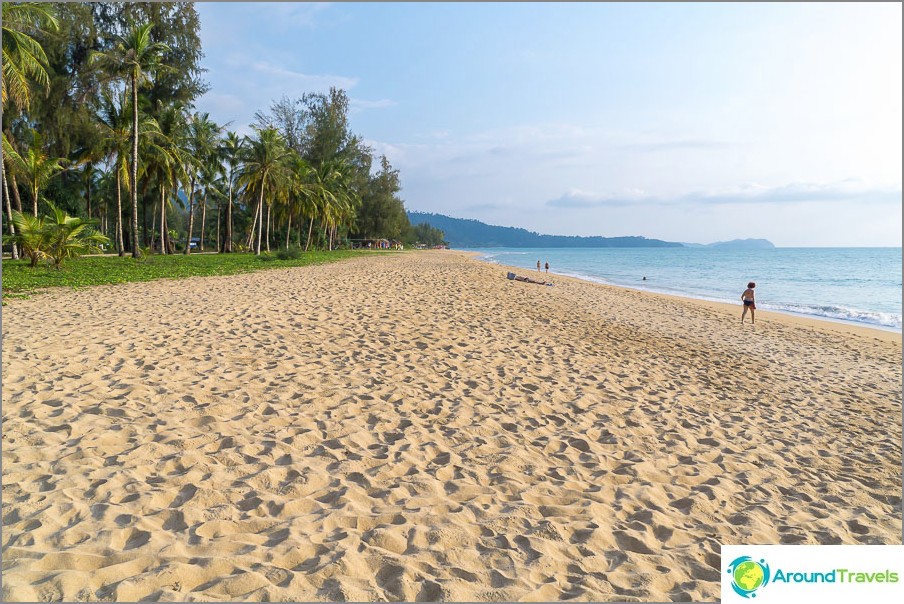 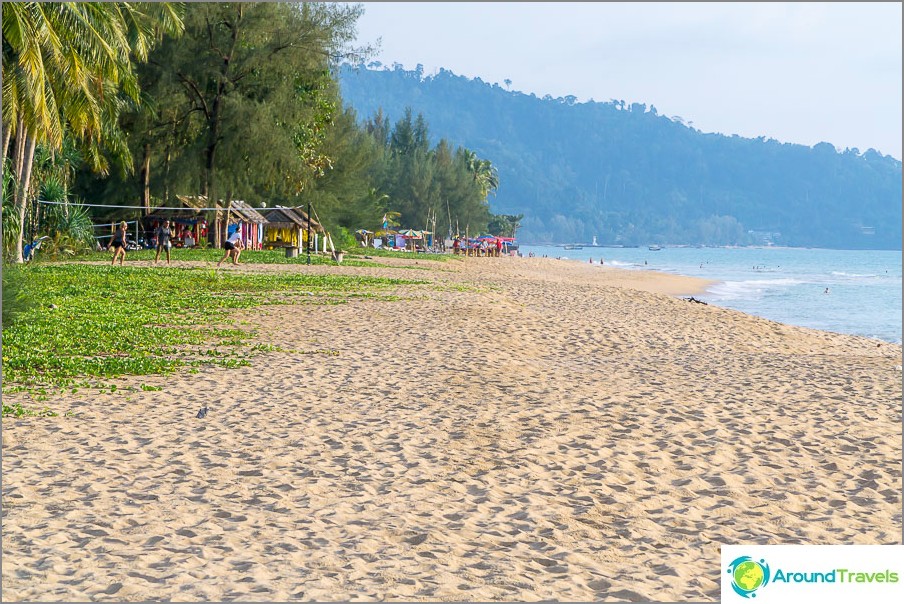 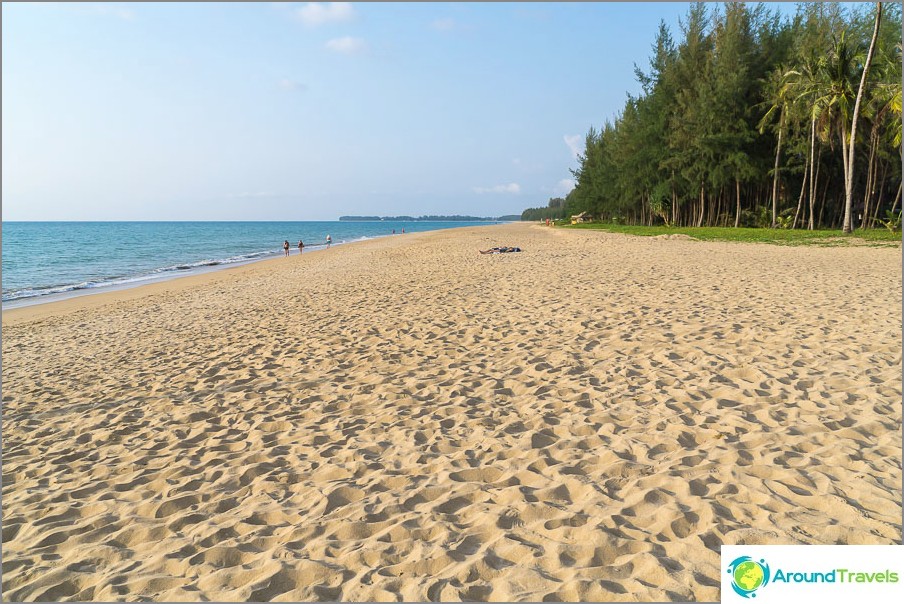 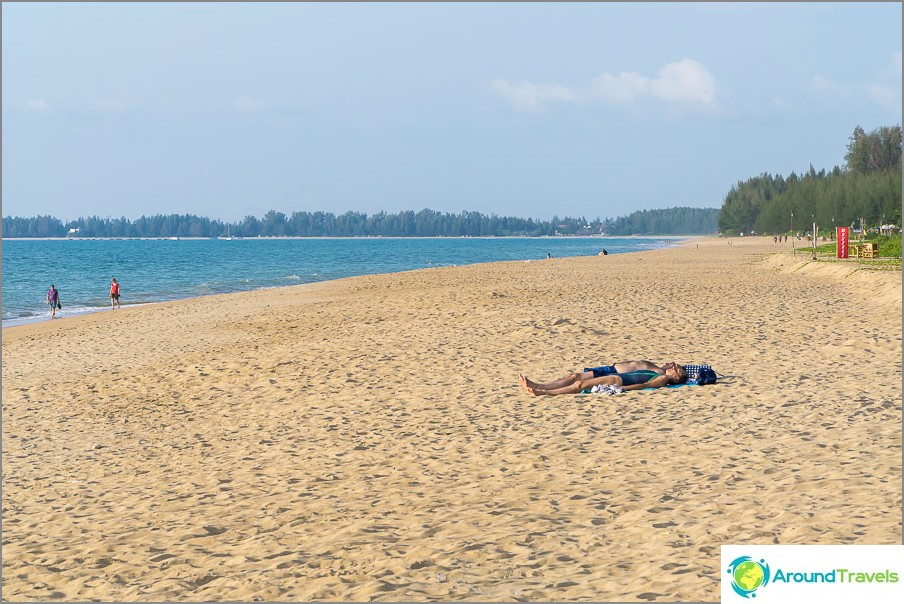 On the beach, I met only a couple of cafes near the resorts. On the way to the beach, I saw literally one travel agency and a couple of small Thai shops. The highway is also not crowded with civilization.

By and large, if you go here, then you will have to be content with the infrastructure that the resorts themselves offer, eat in the hotel cafe, do massage in the hotel itself, which may somewhat increase the price of your vacation, keep in mind. But the main dignity of this beach and its attraction is nature and silence, almost untouched by man..

There are only a few large hotels on the beach, while they are quite widely scattered along the coast. In the southern part of the beach, by the river, where it borders with Bang Niang beach, there are The Haven Khao Lak and the large hotel complex Khaolak Orchid Beach Resort, Khaolak Blue Lagoon Resort with accommodation in pretty white houses and a beautiful area planted with palm trees.

One of the most luxurious beach resorts - Andamania Beach Resort .

JW Marriott Khao Lak Resort and Spa is located much further to the north. The simpler Khaolak Relax Resort is not on the first line, but on the road on the way to the beach.

Several roads lead to the beach from the main road, which mainly lead to large beach resorts. The roads lead through fields and palm groves. Look at the map, everything will be clear there.

Khuk Khak Beach
A deserted beach, where all the infrastructure is represented by several hotels on the shore. Around fields and palms. The point is located approximately in the middle of the beach, where the photos were taken.
More about the beach. 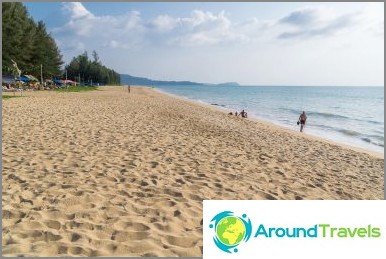 A deserted beach, where all the infrastructure is represented by several hotels on the shore. Around fields and palms. The point is located approximately in the middle of the beach, where the photos were taken..