Home › New articles › I choose upshifting! Although downshifting is nothing too :)

I choose upshifting! Although downshifting is nothing too :)

If «head-on» look at my previous philosophical posts about saving, then some have a feeling of some kind of limitation. This is not the case, though. And I never tire of repeating that, firstly, saving is not a limitation, and, secondly, it can be a consequence, not a cause..

It seems to me that only in Russia (maybe in other not very rich countries) saving is not cool, God forbid someone will find out about this, they will immediately do «fi» or even showered with slippers. But this is a topic for a separate article about show-off and philistinism. I remember me here on the blog reproached for saving water and electricity, although it's not about money at all in this case ...

In the same post, I decided to approach the question «savings» from a completely different side, and the conversation with my friend pushed me to this. I talked to him and realized that after all, I'm not a downshifter, but rather an upshifter, since my standard of living is increasing, not falling, despite the decrease in costs (or the lack of their growth).

I warn you right away, all these terms are rather arbitrary, now they mean everything, so I interpret them as I see fit 🙂

Downshifting is leaving a high-paying job or a sharp decline in living standards, that is, down. The most striking example is some top manager who switched from the world of glamor to a village life. That is, he had a life that was super comfortable by modern standards, but now he is content with little and his standard of living has decreased..

I read that there is now a serious trend when people who have earned good money leave for Asia or Latin America, buy their own housing there, and their money, with modest spending, will be enough for the rest of their lives. Well, this is in addition to another trend in this series - to quit everything and leave for Goa with almost no money, just not to work and do nothing until it completely squeezes.

Upshifting, in my own understanding, is a kind of reorganization of my life, in which the standard of living rises, that is, Up (up), and expenses remain the same or decrease.

A good example of upshifting for me is wintering in thailand, at which the standard of living can increase with the same financial costs as at home. And if the level is not raised, but left as it was, then you can even cut costs, and this, in turn, will give more time, since you will have to work less, which also leads to a certain increase in the standard of living.

Why am I not a downshifter

Since I had a life connected with Moscow and office work, I will compare with it. The fact is that I never aspired to a career and big money, I always wanted to just live and do something interesting. Exactly to engage, and not to mess around. Naturally, at that time, the main occupation was work, and for me it was a wild idea that work could be unloved, so I changed several professions, trying to find my own..

The financial issue also mattered, because they wanted a certain standard of living, although for most Muscovites it would be low. At that moment, I still did not find a completely suitable job for myself, because she was not quite to my liking, although in terms of money it was normal (the average salary of an engineer in my specialty is just ~ 60 thousand). That is, as you can see, downshifting (moving away from a high level and income) and does not smell.

My life did not anticipate any major changes in the absence of the desire to make a career. I could change my profession to a more commercial one, but I don't know how to sell and make money. And the future growth of salaries from an increase in engineering experience would be very insignificant, in Russia, engineers do not get very much, unless, of course, they do not sit on kickbacks.

And most importantly, an ordinary working day tied to the office would take away virtually all of your free time, and 3-4 hours in traffic jams would not be so sickly..

How the standard of living has increased

You will not believe it, but if it were not for my peculiar upshifting, I would hardly have decided to have a child. When working in an office, when there was simply complete uncertainty in life, searching for oneself and depression, what children can be. And this I am still silent about the housing issue, which would have arisen somewhere in 3-4 years after the birth of his son Yegor. Still, a small one-room apartment with windows on a busy road is not the best way out. And a mortgage with an engineering salary and huge interest is to drive yourself into slavery for 20 years.

But now, I can safely rent out my one-room apartment in Moscow and move to the Moscow region / Gelendzhik / Thailand in a 3-room apartment or house, because I don't have to go to the office. Up? Very much. And housing will be better, and the environment.

By the way, in my opinion, rented housing has much more advantages than my own, so I'm not going to buy a bigger apartment, I'd rather rent. Well, or, on the contrary, I will buy odnushki, but for subsequent delivery.

Spending time with your child

It is equally important to be able to spend time with your child. I remember that for the first 3 months after the birth of my son, I did not work at all and was constantly there. Who would give me 3 months of vacation? Anyway, when I work at home, my son sees me throughout the day, albeit in fits and starts. Although he can sometimes sit next to me for several hours, playing with the constructor.

In fact, more than once there was a need not to work for 1-2 months, when the son got to the hospital or when a large number of cases arose. I remember my office, figs you can take time off even for a day, to say nothing of months.

Upshifting gave me more time for myself and new opportunities. For me, it is primarily about travel. I still can't imagine how you can rarely get out somewhere, and even on pre-planned days (planning a year or six months) and with a clear return date.

For me, the best travels are spontaneous excursions without a return ticket. It is then that you can fully enjoy the trip, as it happens at the peak of desire and takes as long as necessary. Of course, now I travel much less often, but it is very convenient that there is an opportunity to leave at any time..

Easier to do things

In the little things, of course, this also manifests itself. For example, you can cook homemade food, and there is no need for fast food, you can sleep as much as you like, there is an opportunity to visit those places that work only during the day ...

I myself am surprised, but I stopped hating instances where I am almost a regular lately! It's simple: I don't need to take time off from work and rush headlong into some FIU or passport office, fearing not to be in time because of the queues. No, now I just take my time on any convenient day to go there, and even if there is a queue, then I have a laptop with me, and there is always something to do. 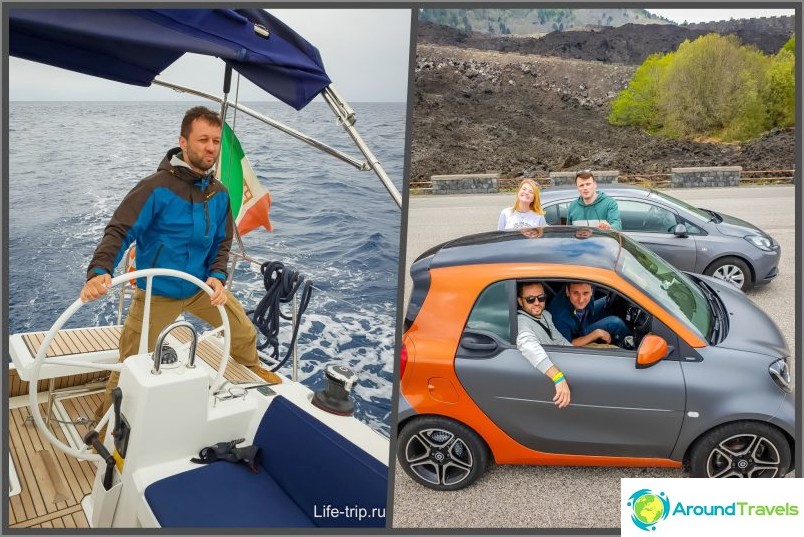 Upshifting turned out instead of downshifting

It turns out that, on the whole, my standard of living has improved, although my spending has remained about the same order as before. Honestly, I have no idea how now I would be able to work in a regular office job and manage the current life..

It would be necessary to earn very decent money in order to somehow cope. You would have to hire a housekeeper, a nanny for a permanent working day, a personal driver, etc. I am exaggerating, but this is not the level of an ordinary engineer. And in such a highly paid job (who else would take me to it?) I do not see anything good for myself personally, because it does not smell like a favorite thing there. In fact, apart from money, there are no pluses, which means that I would not have enough for a long time. At least, I'm not one of those people who just need to have a certain large amount in their account and only from this to be happy.

So for me, my favorite job + remote earnings + freedom of action = it's just some kind of mega upshifting. Despite the fact that income is slowly growing, there is already an opportunity to move to the same suburbs, rent a bigger apartment, and be with Egor as much as needed. That is, at least, I do not see a single deterioration in comparison with what it was before, but as a maximum, I see an increase in the level.

And if you take a family without children or some bachelor, and indeed a family with ordinary children, then «get up» your standard of living can be very good, much steeper than mine.

It’s even interesting, if we gave a person the opportunity to do only what they love instead of work, have enough time to meet with relatives and friends, as well as other things, would he purposefully start increasing his costs? And would he be ready to give up these opportunities just for the sake of increasing income to create supercomfort around him?

By myself, I can say (I don’t know for others, we’re all different) that I would really not want to change one for the other, because having lived a normal life like this at least once, I don’t want to return to the golden cage at all. Of course my «cell» and was not gold, but, as I said, the desire to make it such was never. Naturally, if we move away from all these theories, then the ideal option is to combine a lot of earnings and what you love, and not choose just one of these points..

But! If there is only a choice, then I am for my favorite work, and I am sure that with some approach and patience, it will bring enough in the near future. And I am also sure that everyone has their own level of comfort, when in fact nothing is needed beyond it, only to realize this real level of yours, you need to spin less like a squirrel in a wheel, stay more in today and look around more often.

By the way, an inspiring example for me is those rich people who, fed up with comfort, earn just for the sake of the process (they like to organize something new), and donate most of the money and help others. I have already written more than once that even from my own experience I have already felt that when you do something very interesting for most of your life, you need much less materially..

By and large, it doesn't matter what words to call various lifestyles, downshifting or upshifting, the main thing is that a person does not give up, continues to try and look for that very combination of earnings / work / hobbies / rest / spiritual growth and does not stop there.

P.S. Based on my understanding, all sorts of freelancers, emigrants, businessmen are exactly upshifters, not downshifters 🙂

ATMs in Thailand - instructions for withdrawing ...

How to apply for a Schengen visa ...