Lamai Beach, or Lamai, is one of the three most famous beaches in Koh Samui, along with Maenam and Chaweng. In fact, Lamai cannot be described in three words and a couple of pictures taken from the same place. Unlike Samui's three dozen beaches, Lamai is very different along all 5 kilometers. We can say that these are three beaches in one, which are conditionally divided into central, southern and northern Lamai.

The southern part of Lamai is about 600 m of a flat line of the beach, about 40 m wide near the boulders of the Bill Resort and tapering to the rocks of Hin Ta Hin Yai up to 15 m.The sand on this section of Lamai is light yellow, almost white, very loose and with an admixture of coarse yellow sand. The beach in this place of Koh Samui is located at the foot of the rocky slope of the mountain..

Along the entire beach, on the slope, there are hotels that do not carefully monitor the cleanliness of their sites. Dirt can be observed not only during strong excitement or early in the morning, when Lamai has not yet been cleaned, but at any time of the day.

Lamai is one of the most popular beaches on Koh Samui, making it one of the most crowded and noisy beaches on the island. Due to the steepness of the slopes, there are not as many hotels in southern Lamai as in central one, so the density of people here is slightly lower. But this does not apply to the 50-meter stretch of beach opposite the Bill Resort, where huge, round rocks stick out in the middle of the sand. Due to the distance between the rocks, the beach at this point narrows to 10 meters, taking on a steep, precipitous appearance. The coarse sand is lined with the hotel's sun loungers and this place in Lamai is quite crowded..

Entering the water in the southern section of Lamai is hampered by stones and coral thickets along the entire section, and there is a great depth under the rocks at the edges of the beach. Due to this depth, southern Lamai does not suffer from low tides. The sea is literally 2-3 meters away, without affecting the characteristics of the beach in this area. But with a slight wind in southern Lamai, there are good waves, which become dangerous when the wind is strong enough.

The width of the beach is from 15 to 40 meters of sand, which lies under the sun all over the southern part of Lamai without any protection. Some of the hotels have sun loungers and umbrellas in front of them, which can be borrowed for rent. Trees grow very rarely, at the very edge of the coast, where the sand ends and the grass begins. There is no source of natural shade at the water's edge in southern Lamai. 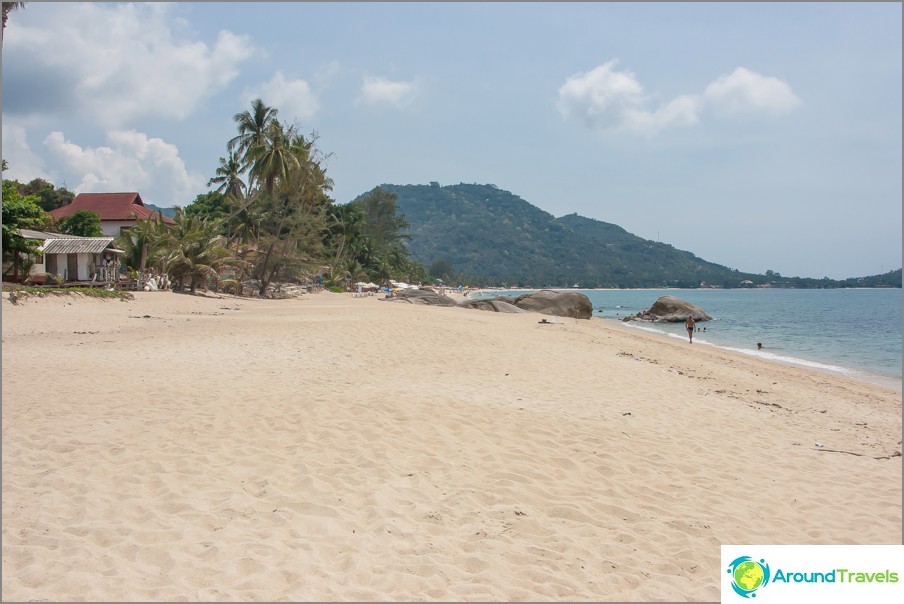 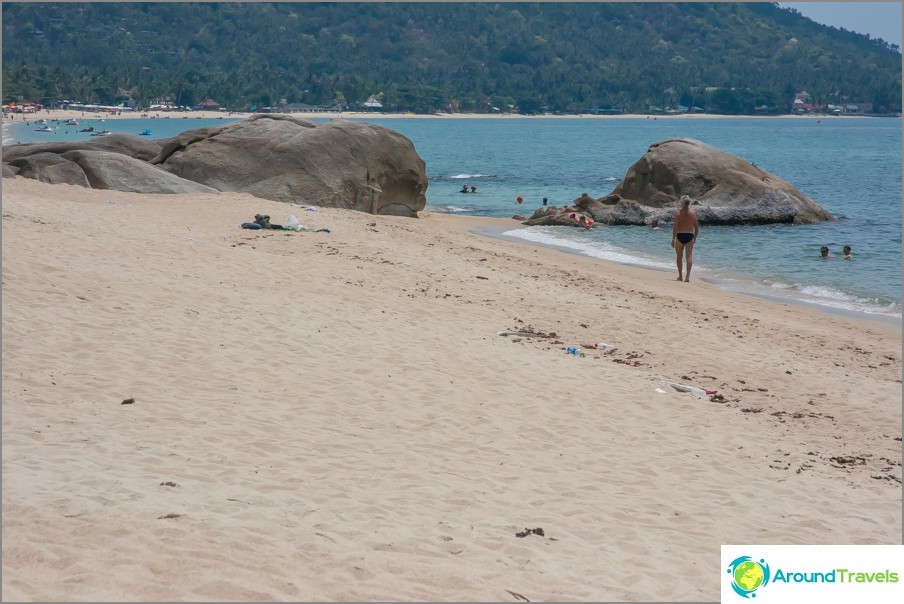 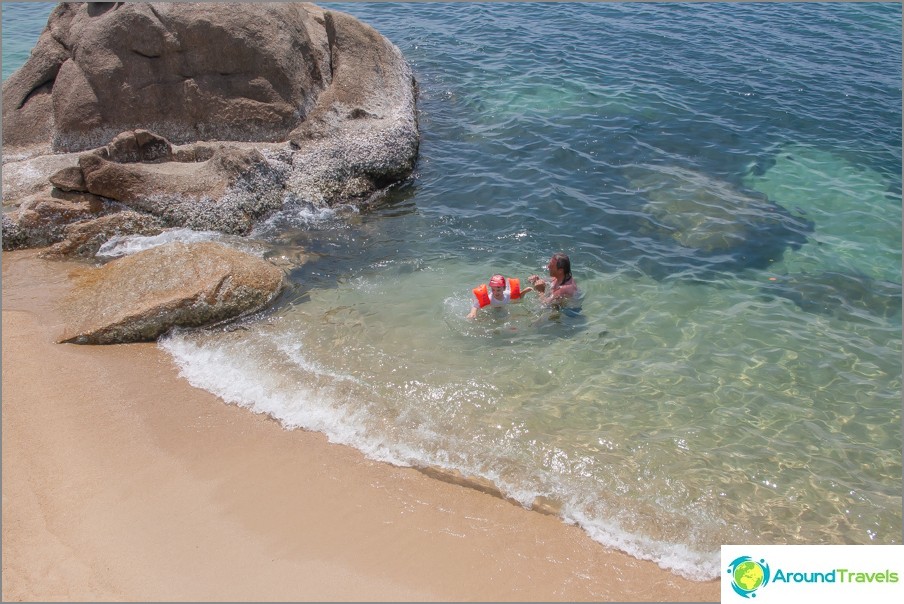 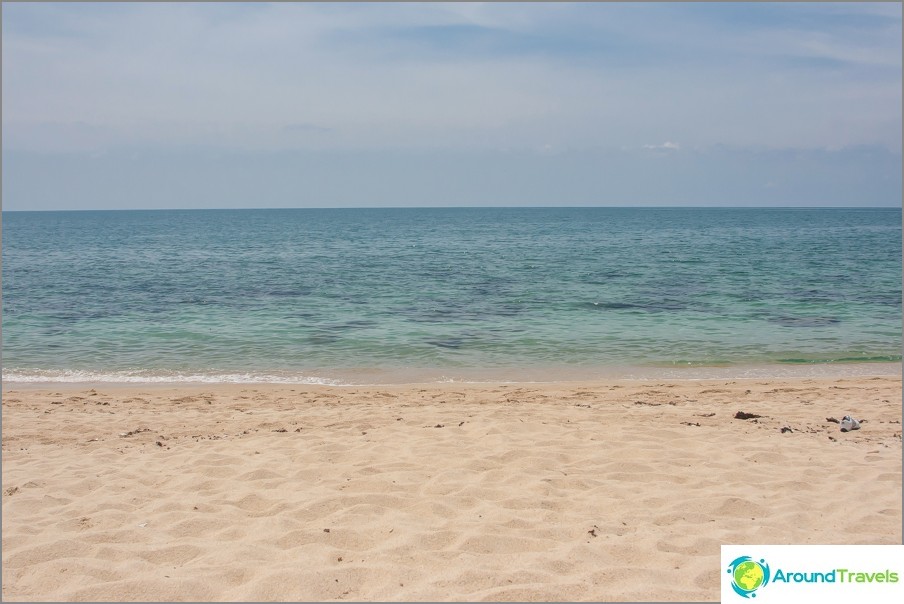 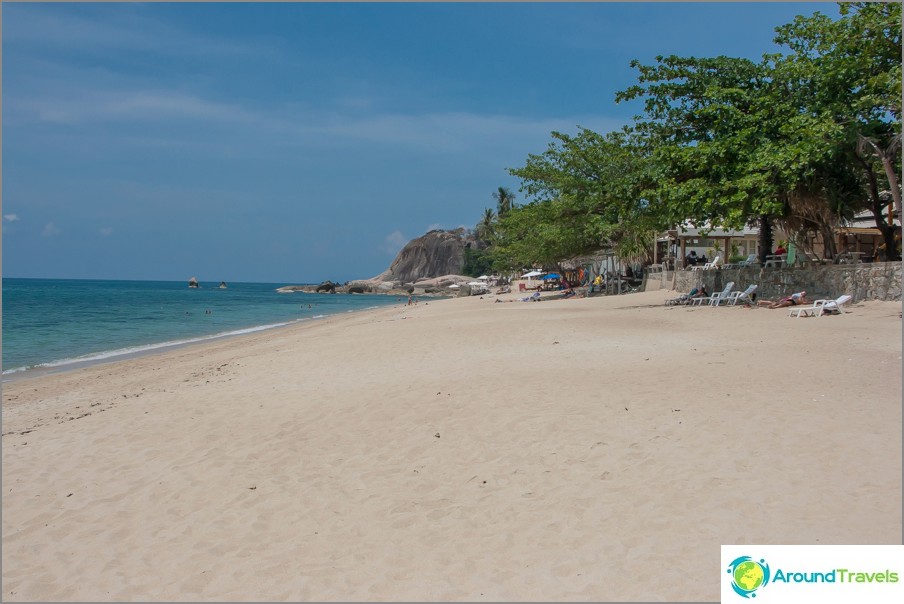 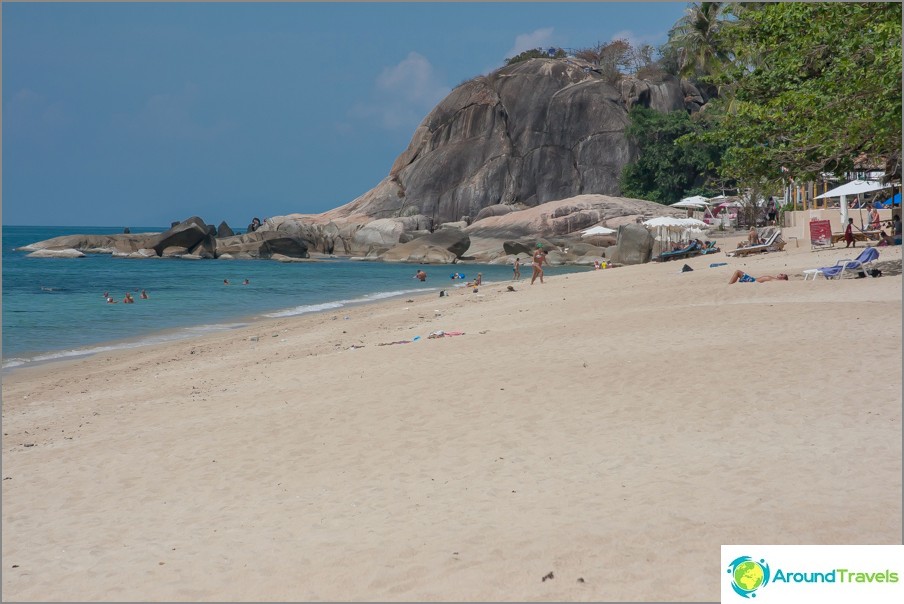 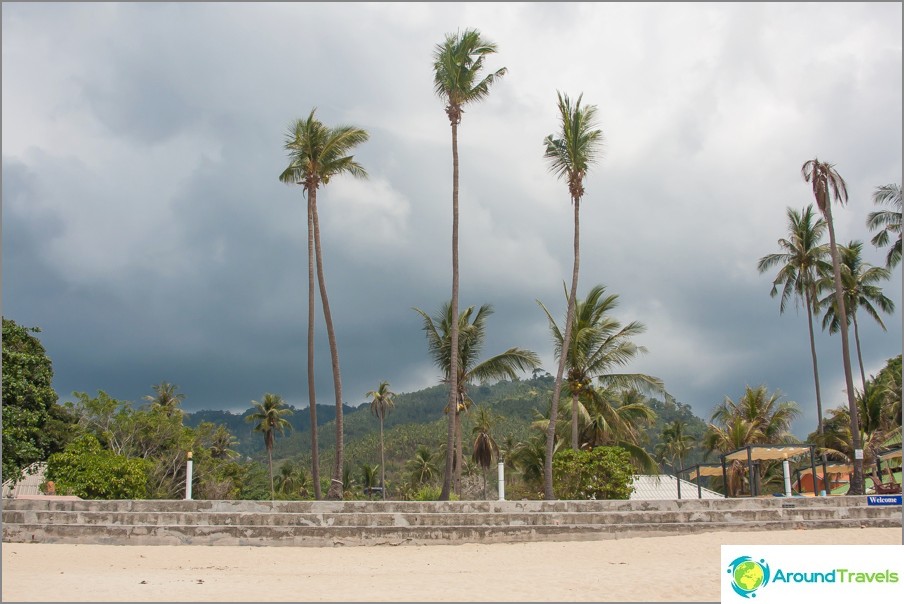 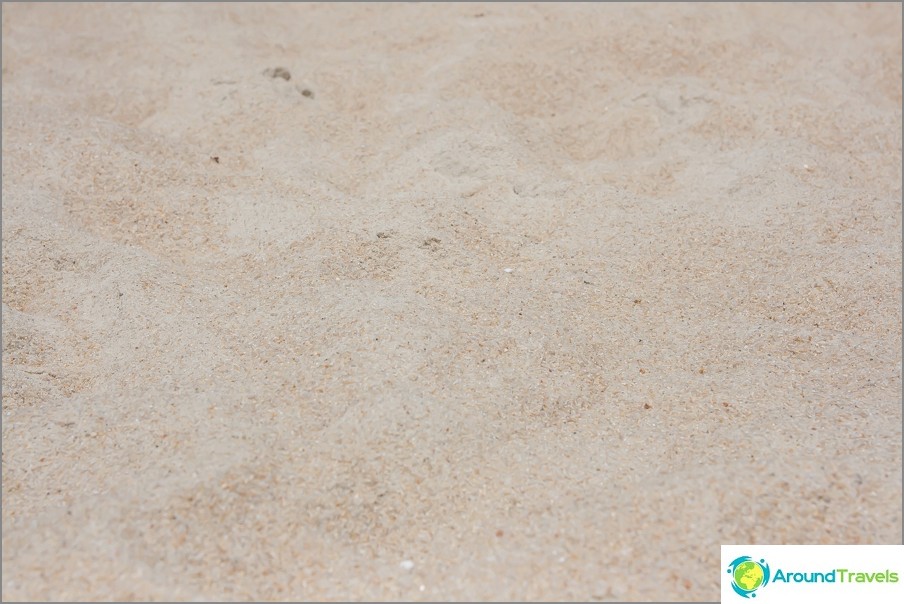 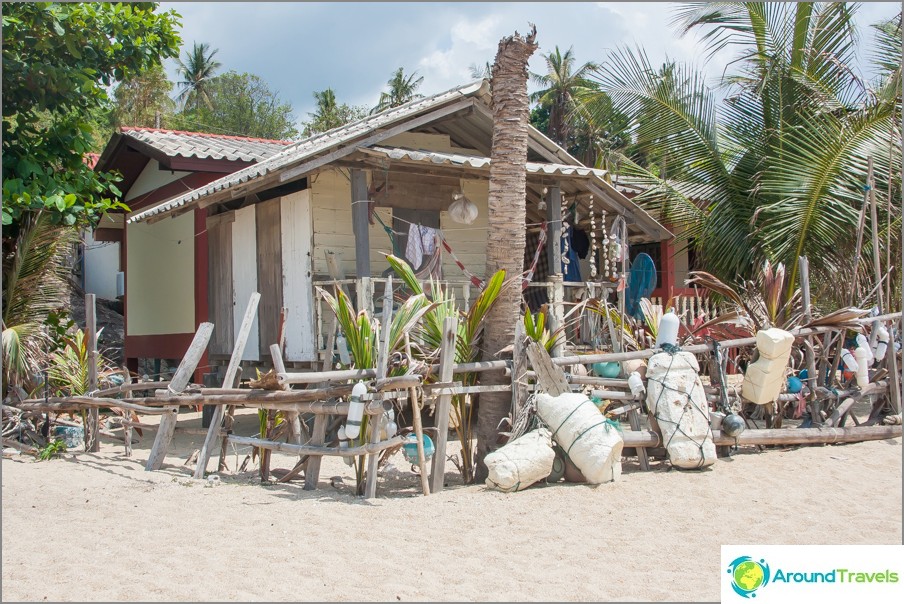 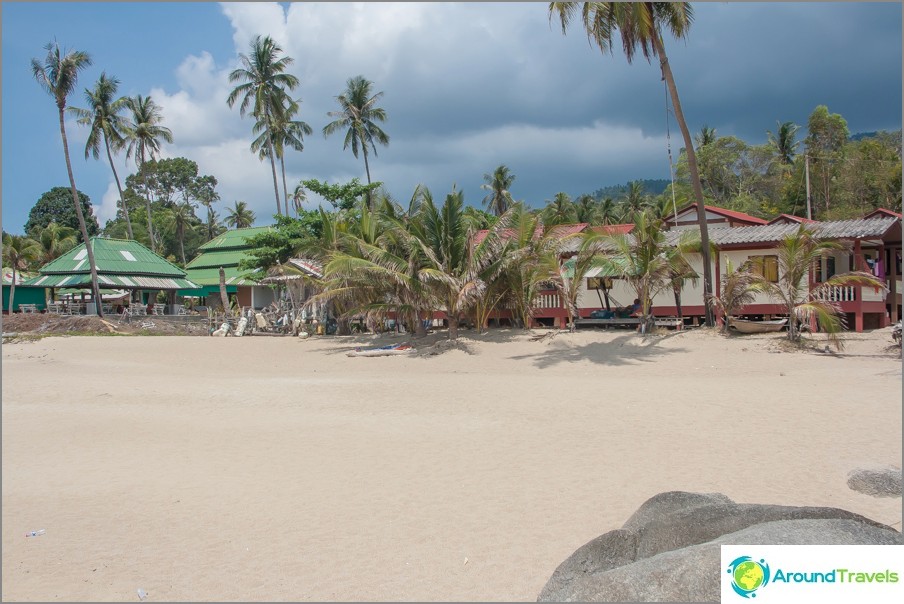 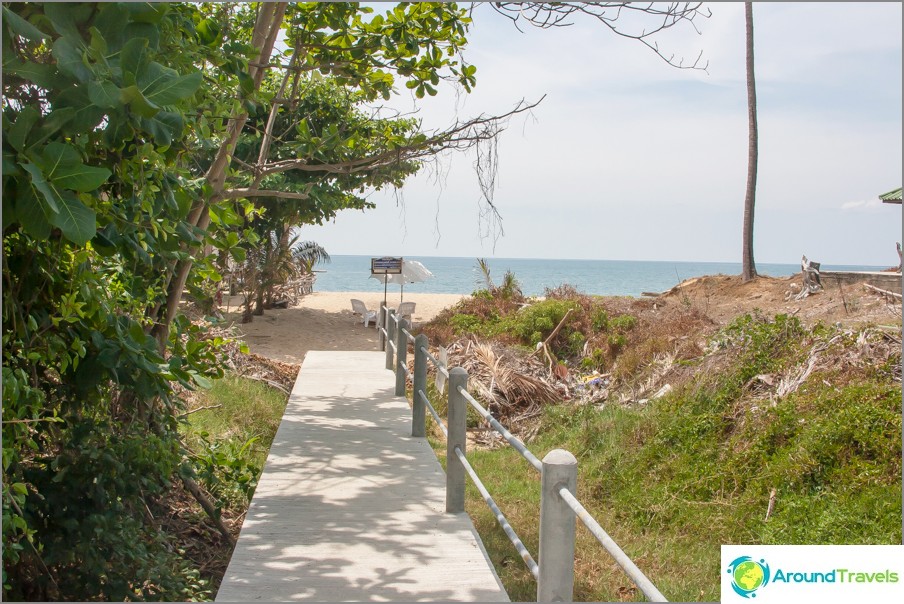 Mini-markets, Macro hypermarket, Orthodox church - this is the main infrastructure of the southern part of Lamai. For a large number of different establishments, you need to move to the central part of Lamai, which is like a small town.

The southern part of Lamai is located on the outskirts of a popular beach and you don't have to worry that at night your child will be disturbed by the screams of drunken farangs and girls of easy virtue. There is little entertainment on the beach itself. It is on southern Lamai that there is practically no rental of jets, kayaks and air mattresses. There is a raid of some abandonment, uninhabitedness, which contrasts sharply with the crowded and noisy central Lamai.

Some of the nearby attractions on Lamai include the following:

The 300-meter space between the sea and the ring road is occupied by hotels. Behind the roundabout there are mainly shops and rare houses. This is the most undeveloped area of ​​Lamai, so for housing you will have to go towards the center of the village. After Bill Resort, the slope of the mountain is declining. Closer to the rocks of Hin Ta Hin Yai, vacant lots begin to come across, and the resorts located in this place look extremely unpresentable. There are even simple fishing houses on the very seashore.

Nearest to the cliffs, Beluga Boutique Hotel is an excellent hotel with modern interiors and a high rating. Next to it are Sunrise Bungalows - cozy houses on the shore.

A couple more good hotels with bungalows on this beach: Thai Ayodhya Villas and Rummana Boutique Resort. If you want to book a hotel here in advance or look for accommodation on other beaches, I have selection of hotels on Koh Samui with a good rating and reviews.

Access to the beach is possible through the territory of any hotel, but there is a nuance - you have to walk along a steep mountain road to the beach. And then go back along it. It would be better and more convenient to get to a large parking lot 50 meters from the water, cross the bridge along the large ditch and get to the middle of South Lamai.