Mai Khao Beach is the longest and most extraordinary beach in Phuket. You can find it in the north of the island, next to the runway of the local airport. When the planes are landing, they are approaching from the sea, flying low over the beach, then this spectacle is simply breathtaking. Although it is very noisy.

The beach stretches for almost 11 km and is protected by the state as part of Phuket National Park. The beach is not a popular place among tourists, there are practically no tourists on the island., «baggers» you can hardly meet there. The place is popular with Thais who have picnics under the shade of trees creating a dense and cool darkness..

To be honest, it is called a beach simply because it is a strip of sand along the sea, but all the entertainment and tourist infrastructure starts much further south.

Entry into the water here is quite clean, without stones. Another question is that even with their presence, you would not be able to step on these stones - deep. The coast goes under the water quite steeply and after a couple of meters towards the sea, the water will cover you headlong, so it is better not to consider this beach for families with children.

There is a lot of shadow here from the trees that grow along the coast, the place is not a tourist place, there are few people, so all the shadow is yours. Therefore, on the beach you will not find the ubiquitous Thais, wrapped from head to toe in rags, who want to rent you a sunbed with an umbrella.. 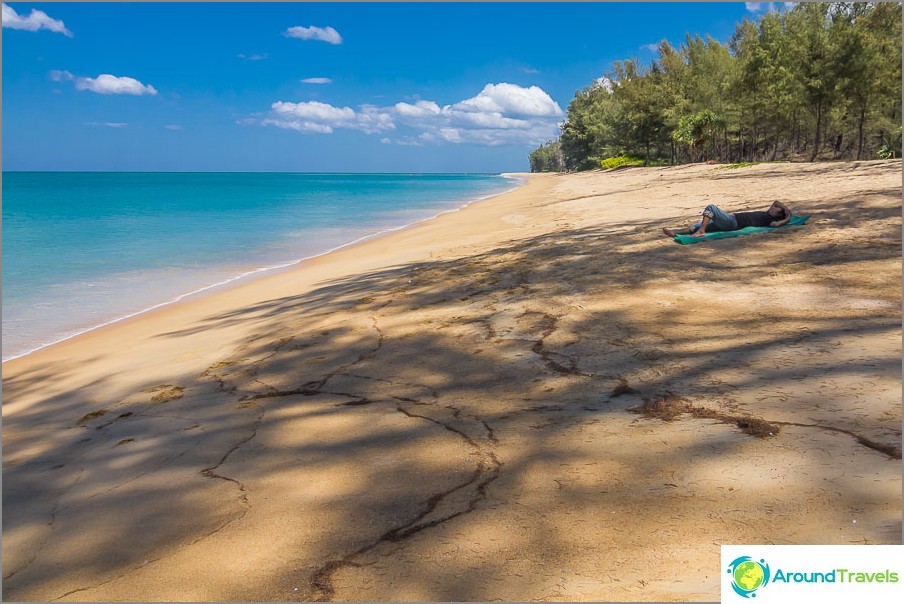 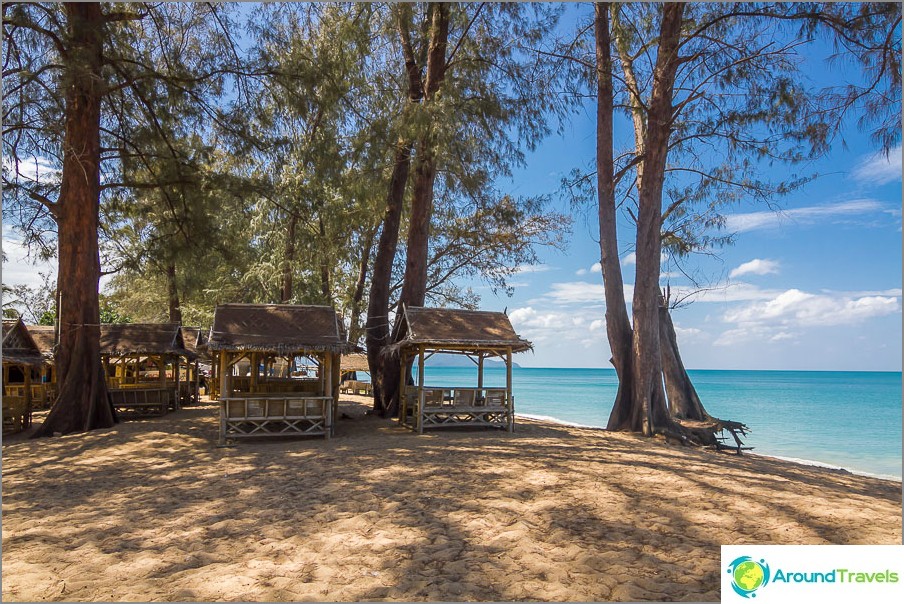 The only entertainment you will find is long walks along the beautiful beach and observation of airplanes. There are no discos and shops directly on the shore. Closer to the road, a full-fledged civilization with ATMs and food shops is already beginning. Mai Khao has the infrastructure of the reserve, that is, a lot of nature and little human presence..

Since Mai Khao is not a tourist beach, there are few hotels there, and they are mostly luxurious, expensive and comfortable, with their own beach corner. Still, you can find several relatively cheap bungalows here, not to mention accommodation in tents. Camping accessories can be found there..

North of the airport are the five-star Maikhao Dream Villa and behind it, further north - Renaissance Phuket .

Hotels nearby, Holiday Inn Phuket and Mai Khao Beach Bungalows are more democratic, but quite high quality. Against their background, located right there, nearby, Micky Monkey Beach Hotel looks budget and modest.

Public transport is sparse and there is virtually no connection between the airport and the beach. Most of the vehicles on the roads are taxis and motor vehicles, which can take you to the beach in just 20 minutes. Several roads lead to the beach, winding through local attractions such as «Turtle village», For example.

Through it, by the way, it is most convenient to get to the beach, at the same time to see turtles. After «villages» large and expensive hotels begin, and immediately after them the most silent beach of Phuket begins.