Apple Technology Museum in Prague - for the insider only

The Apple Museum is located in the heart of the old town, near the Old Town Square. I would not allocate a separate time for it and consider the museum a special point to visit ... Here it is necessary to clarify that I am not an Apple fan, although I have been using a Macbook for many years’ohm. In any case, you will stumble upon it when you walk around the Old Town. The museum will be of interest to fans of the company who are not indifferent to the history of the creation of Apple devices and the outstanding personality of Steve Jobs..

Ordinary people who do not wipe the ay-bull's eye with a special ay-rag with anxiety will not be very interested in them. Simply because there is nothing else in the museum - only Apple technology. The collection is large enough. I'm not an expert, but I read on the museum's website that everything that has ever been produced by this company from 1976 to 2012 is collected there..

For myself, I noted that the range of iPhones in the museum ends in 2013, and iPads - on the iPad Mini 2, although it may not be so important for a museum to have the latest samples - after all, these devices are still in stores.

When you enter the museum, your phone automatically picks up the local Wi-Fi and launches a text guide, in which Russian is also available. Moving from exhibit to exhibit, you can safely read information about it, there are about 57 points. The museum is small, in general, but I found very few people there.

The first computers Apple and Macintosh are visually very similar. I remember something like that in my childhood, when they tried to do something like that in the Russian Federation, it seems they were Spectrum. Everything is so small and ridiculous, although everything that was done at the dawn of personal computerization seems to be so now. Especially in comparison with today, when an ordinary smartphone is many times more powerful than the largest car of past years. 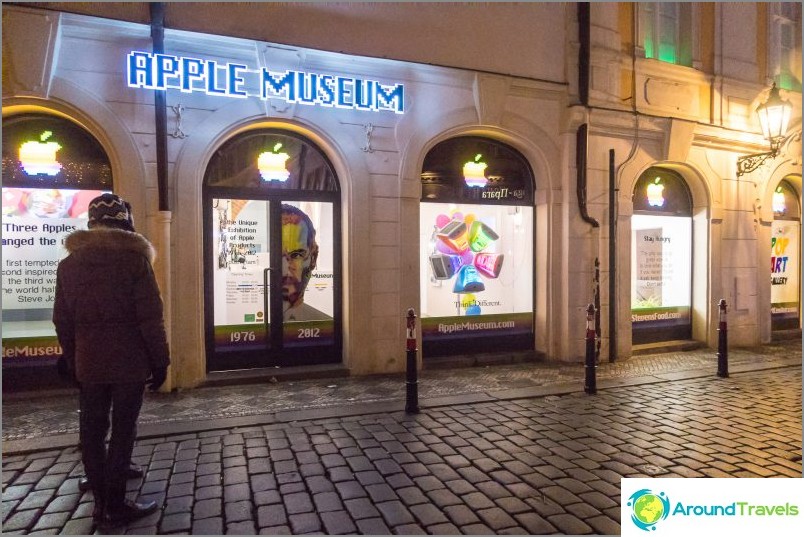 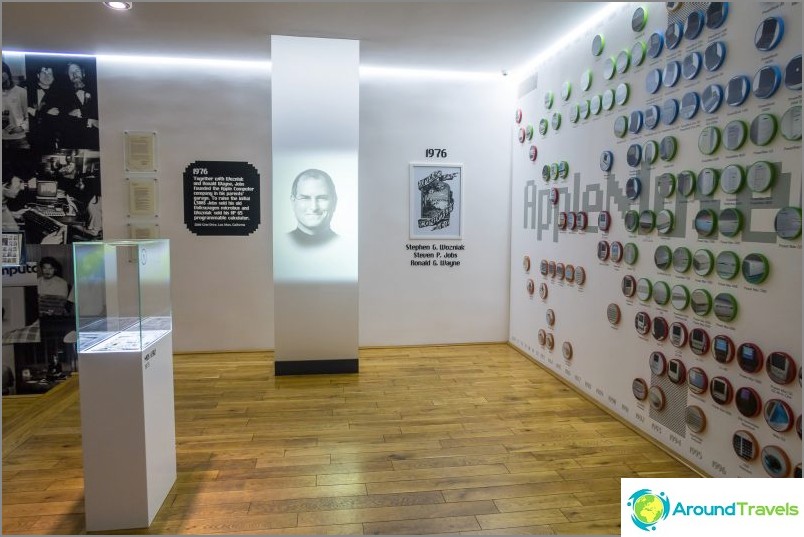 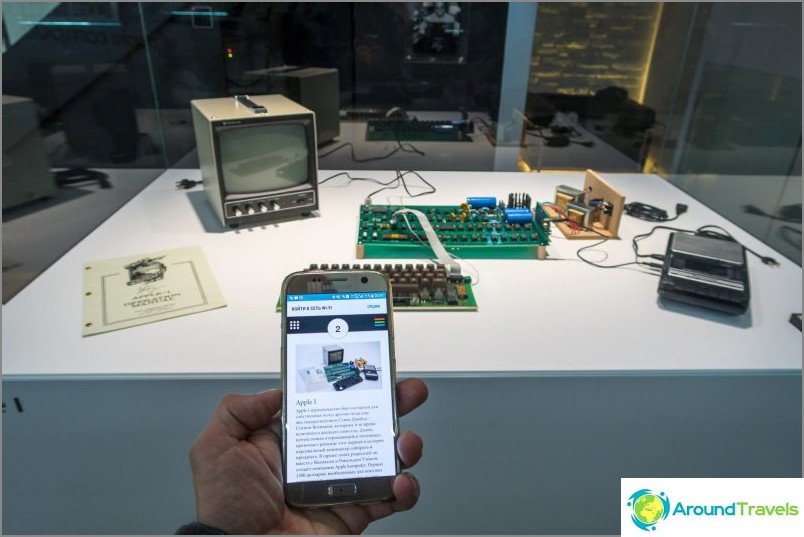 The guide on the phone starts itself 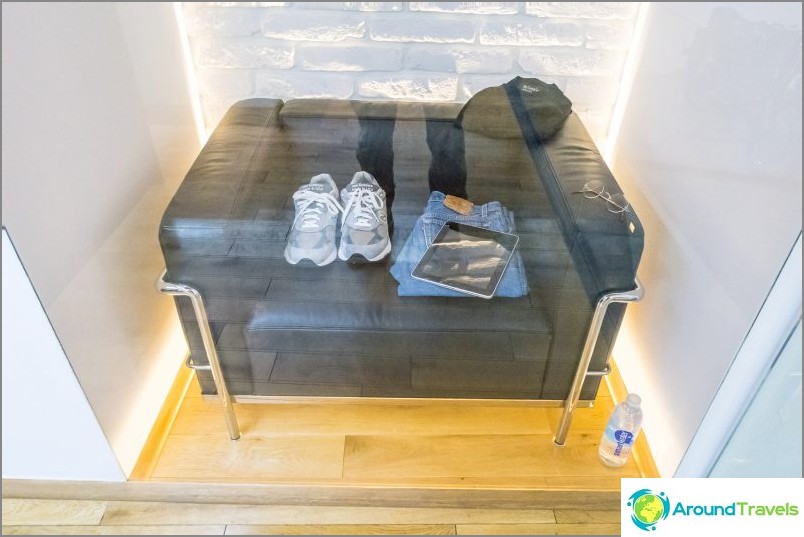 Steve Jobs' clothes and sneakers. Always walked in the same. 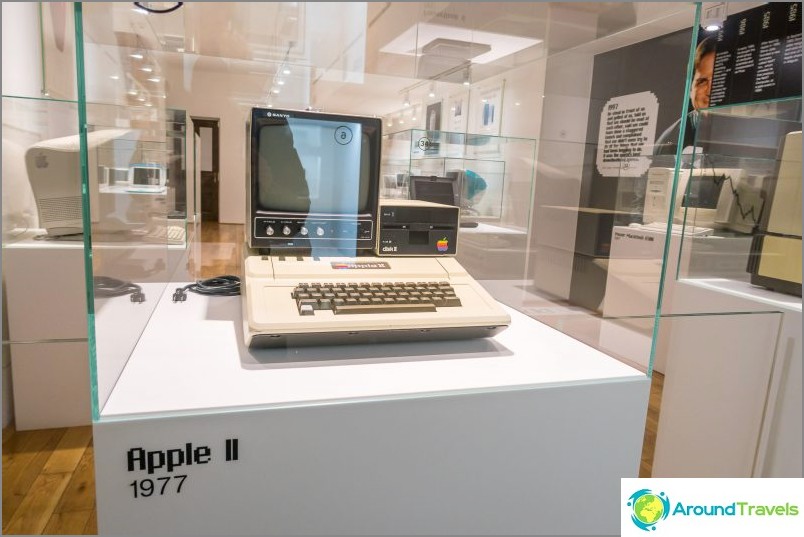 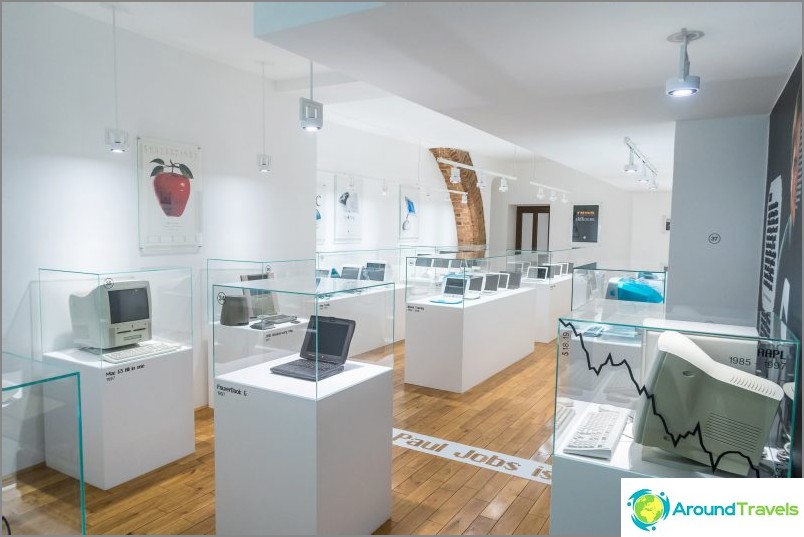 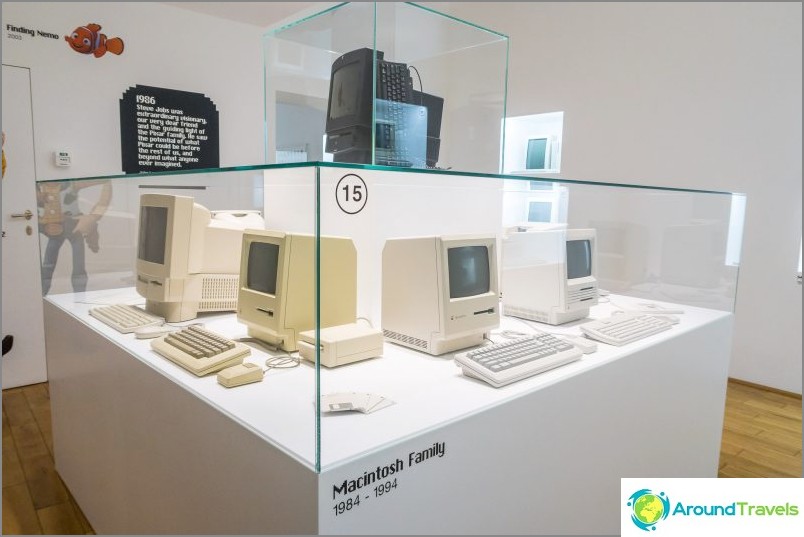 There is a separate stand where you can watch the evolution of the Apple Mouse, from the first to the most modern model (the same is with the keyboard). There is a small cinema room where the film is played in English, so I did not listen to what Jobs was broadcasting there..

There is a small cafe near the ticket office «Jobs Food» and to be honest, I didn’t look closely at the assortment, because Jobs was at one time both a vegan and a raw foodist, and I thought that they offered something from this area, and did not go.

The museum looks very modern, which is not surprising - after all, Apple positions itself as something innovative and modern. I liked that the pretty girls who work in the museum are wearing skirts with edging in classic Apple colors. The good old days when they still had the rainbow apple logo.

In general, everything is very clear, the stands easily trace the history of the development of the company, devices and computers. There is a separate room where a dozen iPads are built into the wall and you can sit and dig deeper with them.

The entrance is expensive, compared to similar mini-museums in the Old City, and there are many of them here (Wax Museum, Sex Machines Museum, etc.), but it is possible that this is due to the fact that the exhibits were expensive. I can't even imagine how much a rare apple technique costs on the market now.

Well, the second point: apple growers are (as is commonly believed), in principle, not poor people, so the price tag corresponds to the status that they assumed. 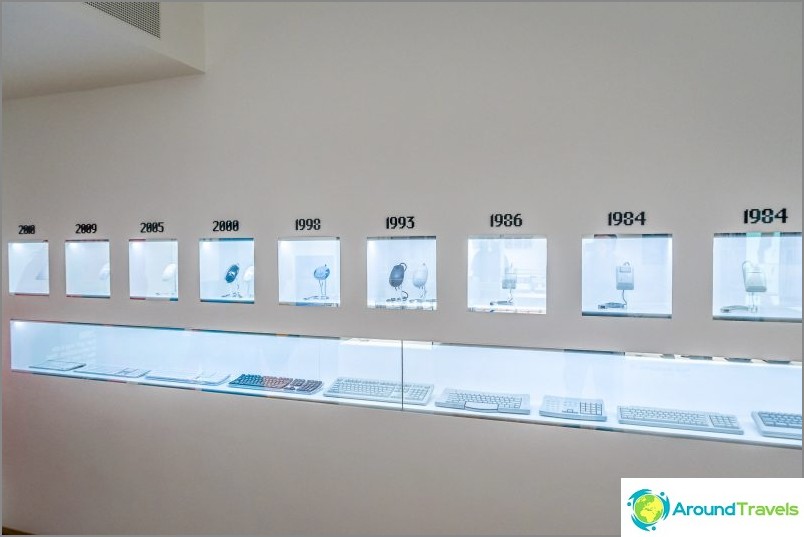 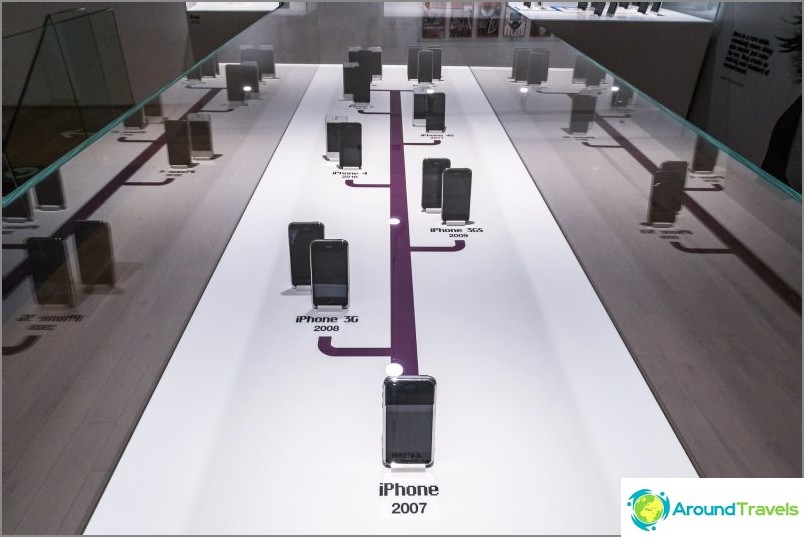 IPhone evolution since 2007, all line 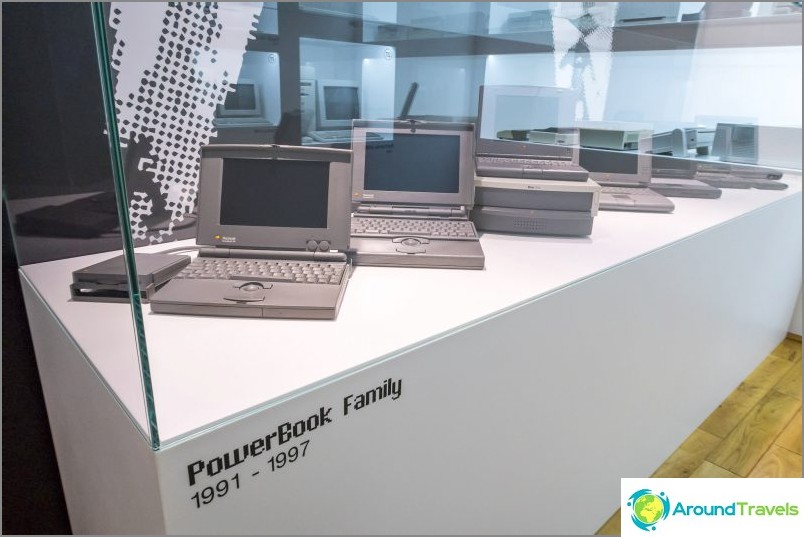 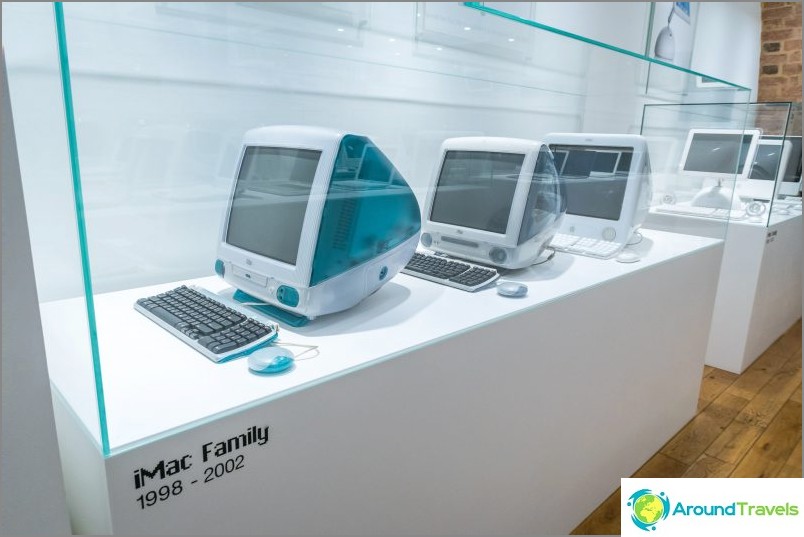 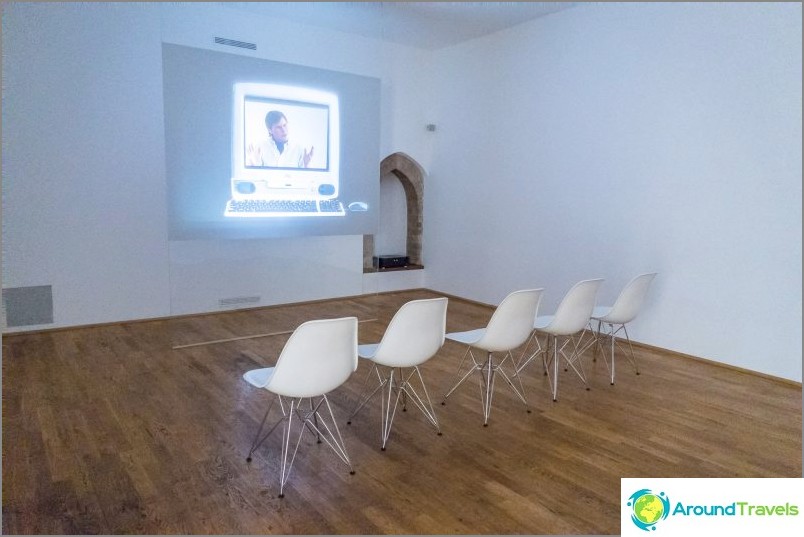 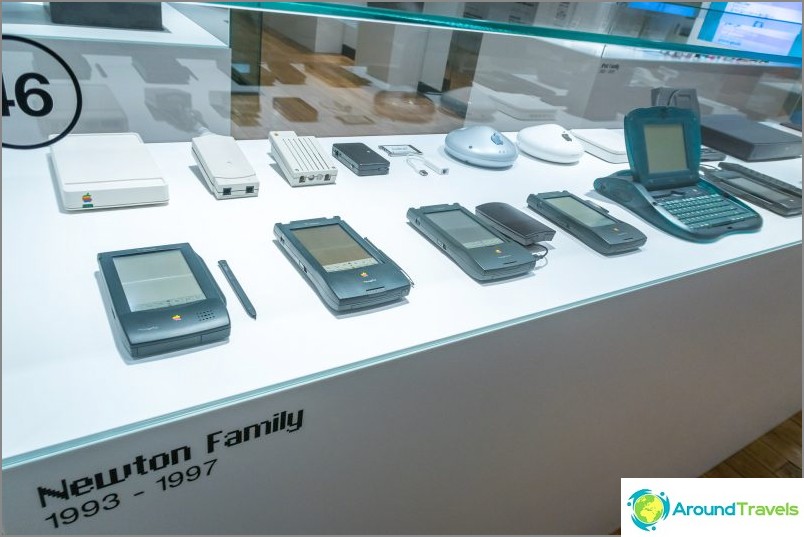 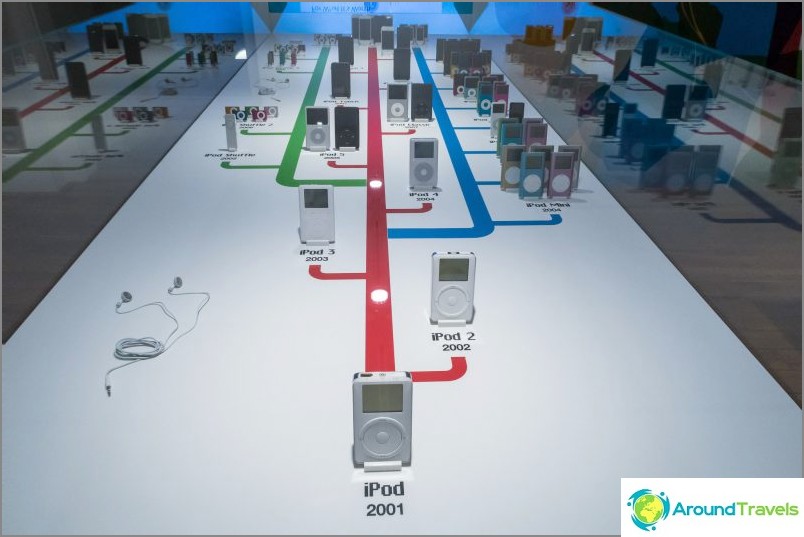 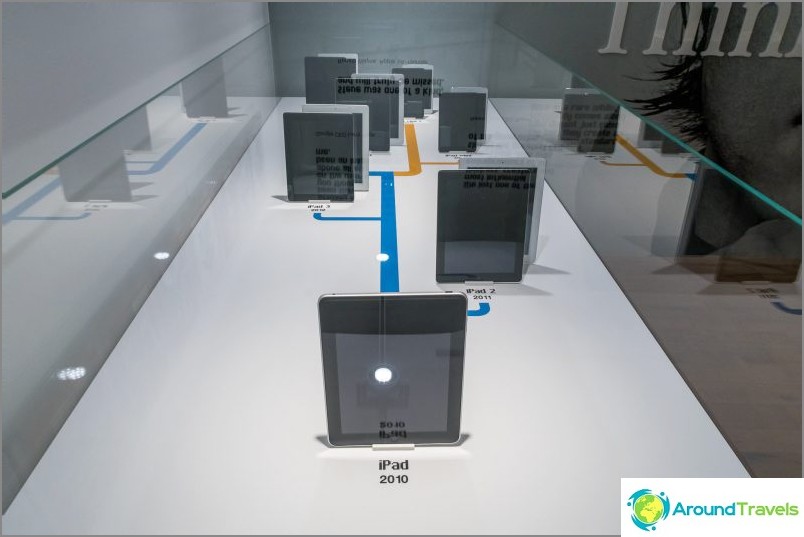 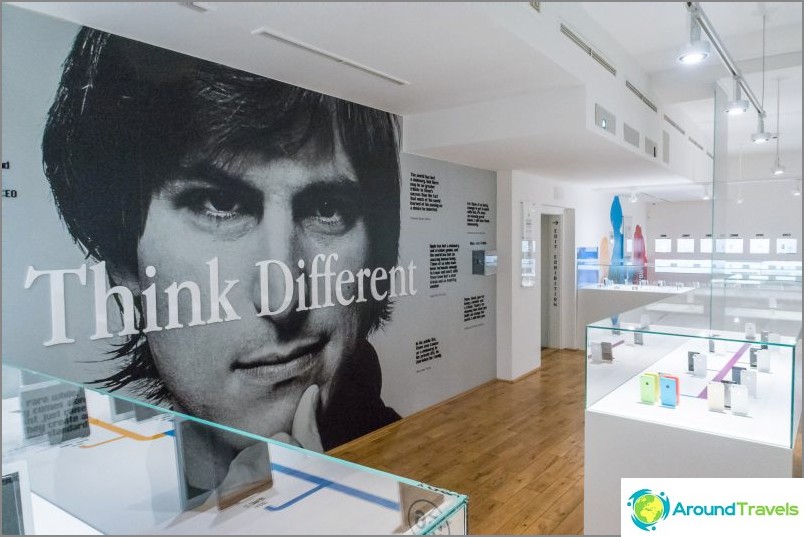 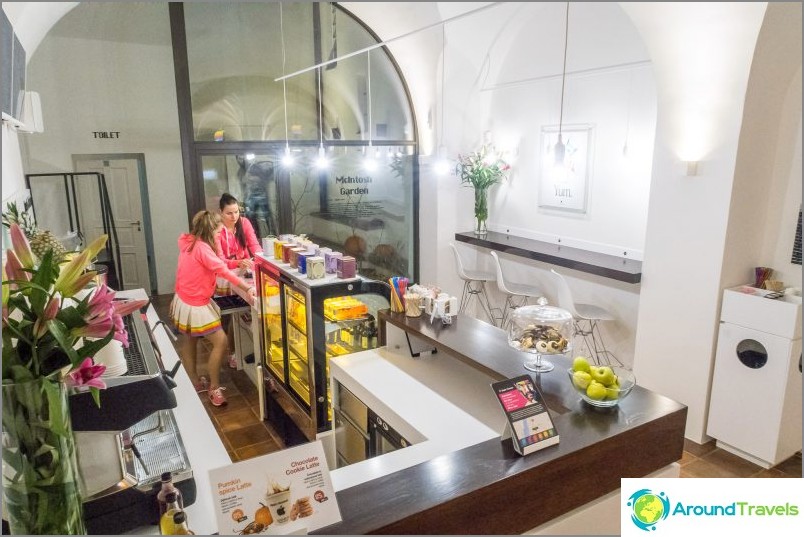 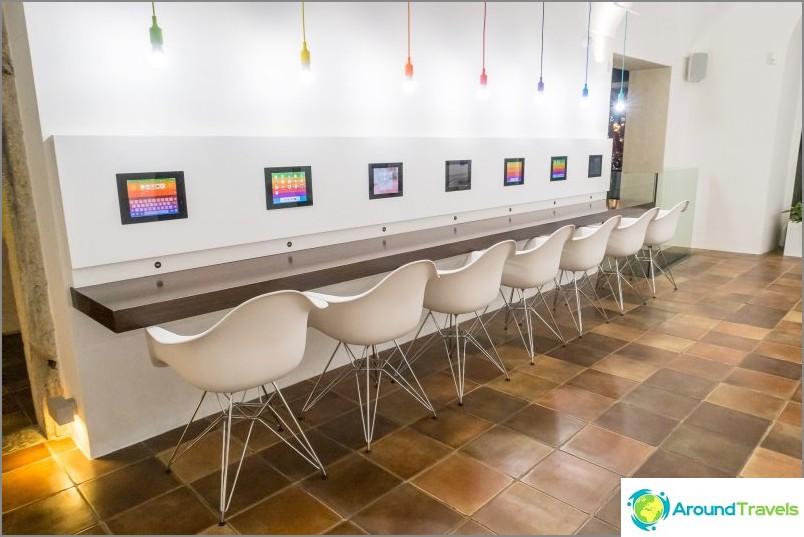 On the official website of the museum, there are no details about the date of creation, the names of the organizers or sponsors. So let it stay behind the scenes, if the organizers themselves so wished. But it says that there is nothing commercial that would connect the Prague Apple Museum with Apple.

This is a private collection, where the organizers tried to collect the most complete collection of Apple technology just in memory of one of the creators and the main ideological inspirer of Apple - Steve Jobs. And that the proceeds from the museum will go to charity.

Entrance fee is 300 CZK. Expensive (which is traditional for apple growers). The price can be lower if you book your ticket on Booking. Show the booking code to the cashier and the ticket price will be deducted from the card.

If you stop at each device and read the description of each sample, then you can get stuck for an hour. If you run your eyes and go further, it will take 10-15 minutes. 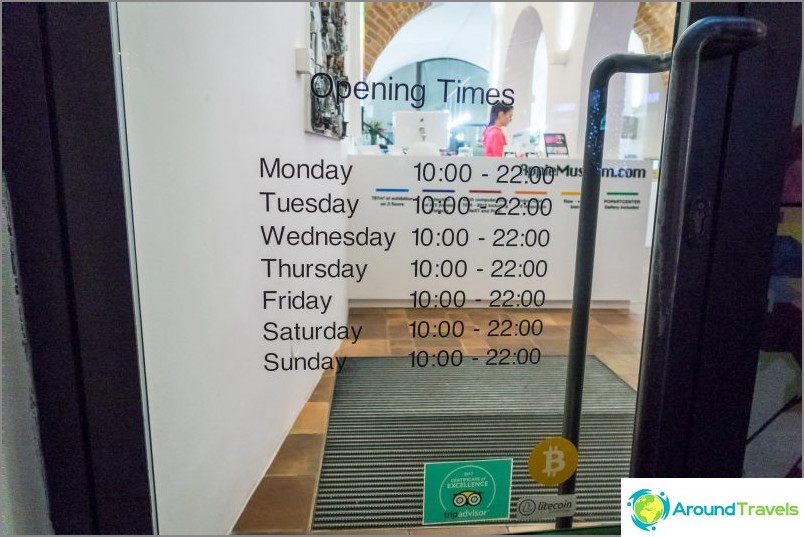 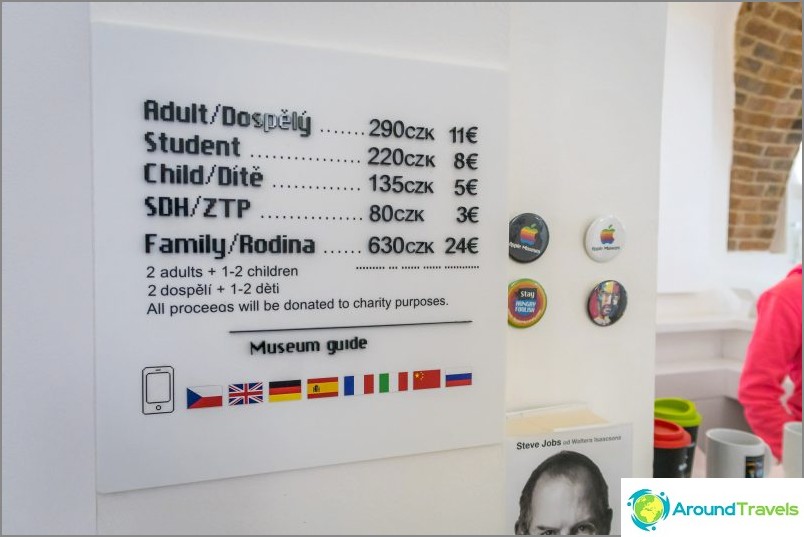 Apple Museum
Examination of the exhibits takes place without a guide - you just read the museum guide on your phone, connecting to the museum Wifi, it starts automatically. Yabloko breeders must visit.
More about the museum. 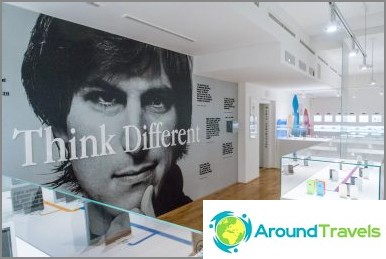 Examination of the exhibits takes place without a guide - you just read the museum guide on your phone, connecting to the museum Wifi, it starts automatically. Yabloko breeders must visit. More about the museum.