Old Town Square in Prague - a city within a city

Old Town Square is when you get to the Middle Ages on foot. The effect is enhanced if by this moment Czech musicians have already deployed their workplace on the square. They create a great mood by performing early music.

It's so good that you don't even want to move. Fans of the series of games about The Witcher will surely pass out from an excess of emotions right at the foot of the Tyn Church. Fortunately, there is also a café of Czech cuisine (read - beer) Cafe u Tyna. Old Town Square is one of the best events, if not in your life, then on this vacation - for sure.

There is an inexplicably festive atmosphere here. It covers you even in the early morning, if you decide to walk here without crowds of tourists. In the air, you catch the aromas of Czech sweets, delicacies and spices. And the Old Town Square smells excitingly of time..

Bygone eras, with incredible events and amazing people. Who knew how to build stunningly beautiful buildings, which later did not open supermarkets or banks, but simply lived in them. 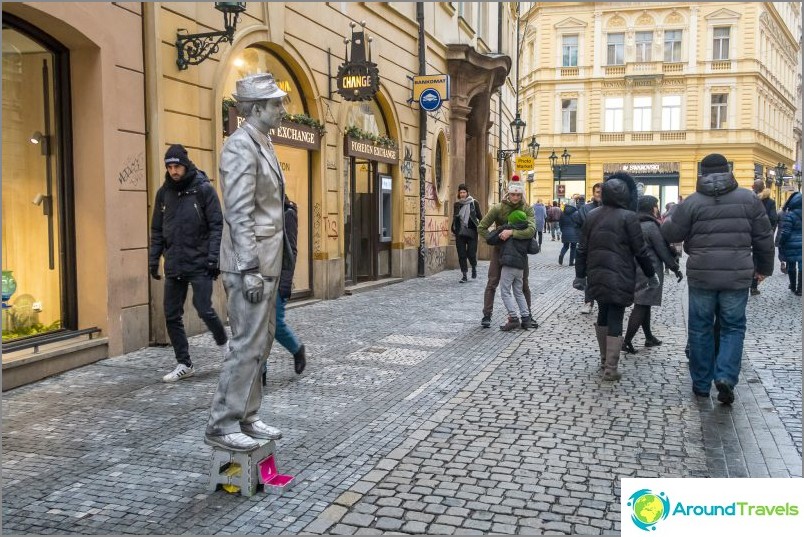 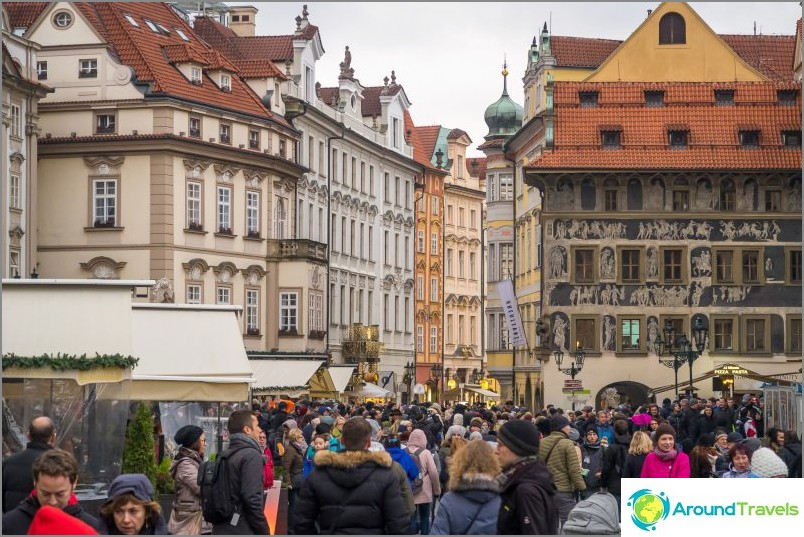 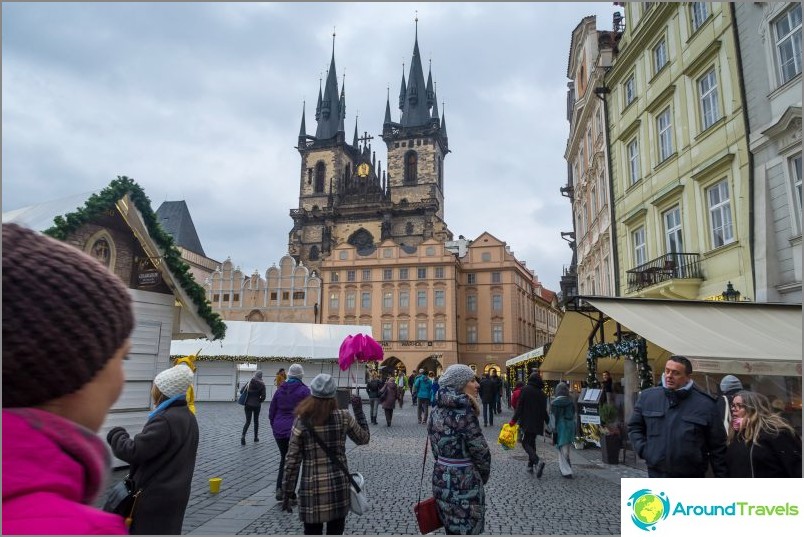 Several major sights of Prague are located around the square and in its center. In theory, you need to visit each separately and describe in a separate article, but. My visit to Prague «Winter 2018» was quite busy in terms of the number of tasks. Therefore, I walked around the square only from the outside, without going into the cafe, the observation deck and the museum..

There are always a lot of people in the square. There are many street performers, musicians, mimes, there are even local freaks. Tourists do not even walk in crowds, but flow in an endless stream. It is better not to come here at rush hour so as not to spoil your mood and shoes. Early morning, late evening - it is the best for walking around the square with the greatest comfort.

And - yes, in winter there are noticeably fewer people here.. 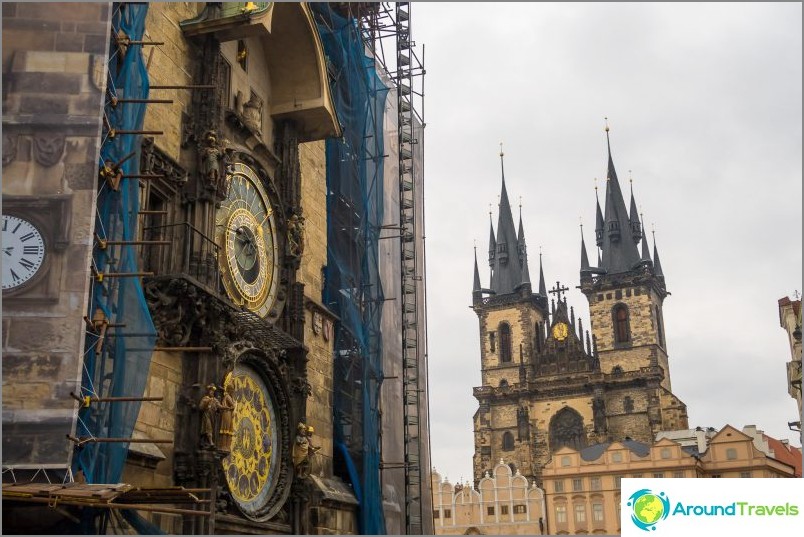 And the astronomical clock at the Old Town Hall 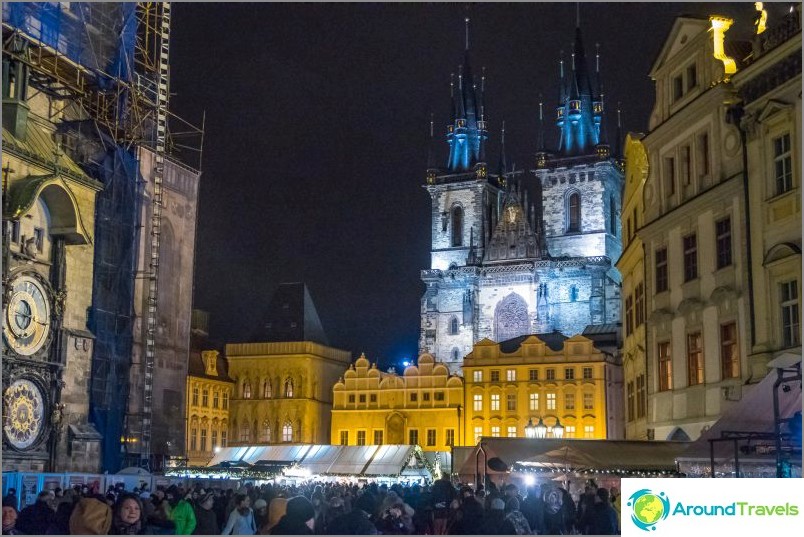 Stare Mesto was an independent city until the 18th century. Until the middle of the 14th century, its square served as the largest trade market. Which was then moved by order of the king outside the city. After such an eviction, the area began to be built up with rich houses, and the area gradually turned into the residence of the then elite.

In the 14th century, the town hall was built here. In 1410, an astronomical clock was installed on it, which was created even under the heliocentric system. Therefore, not everyone can understand how this beautiful astrolabe works..

The royal road leading to Prague Castle ran through the Old Town Square. Accordingly, royal processions were often seen here moving to their residence. On days free from escorts, various events were held here, from rallies to executions. Medieval Prague dwellers enjoyed themselves as best they could.

For example, in the 15th century after the execution of Jan Jelelivski, there were serious clashes between the poor and the authorities. Jan was the leader of the poor and an ardent Hussite who launched the Hussite Wars. And 12 years later, the last Hussite commander, Jan Rogach, was executed here. The history of the Old Town Square is rich in such episodes in every century..

From the last significant updates, the Old Town Square received a monument to Jan Hus, which was installed in the center of the square in 1915.

There is an excellent observation deck on the town hall.

The most beautiful time to visit in winter is Christmas week.

If you want to take pictures of the astronomical clock and figures on it from a vantage point, then it is better to take a place in 15-20 minutes.

Entrance to the square around the clock and free. 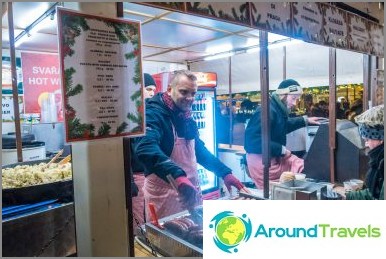 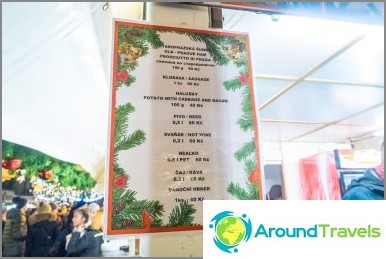 Old Town Square
One of the most beautiful squares in Europe and the center of the Old Town.
More about the area. 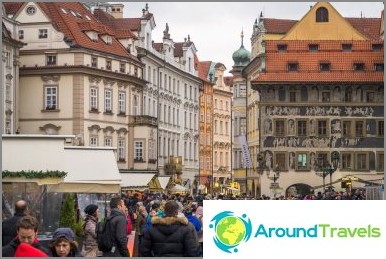 One of the most beautiful squares in Europe and the center of the Old Town. More about the area.