Powder Tower in Prague - my review in passing

The Powder Tower would actually be correctly called the Powder Gate. This is a beautiful building in the Gothic style, which has been a chronic long-term construction of Prague since the 15th century. She changed her purpose and appearance several times, until one day she turned into a landmark of a modern city. In my opinion, this is a place of power, both gloomy and beautiful, leaving two emotions..

The best time to visit this attraction is early in the morning, even before the opening. There are few cars, few people. The east-facing side is illuminated with soft morning light. It emphasizes the sophistication and sophistication of the building. I would say that this place is worth writing down to yourself in the main things to see in Prague.

In addition, the Powder Tower is also an observation deck with stunning views. And here it is already worth coming in the evening, at sunset. True, climbing the stairs is not an easy one. People who are overweight or have weak knees should not come here. The best part is that at sunset there are fewer people than during the day.. 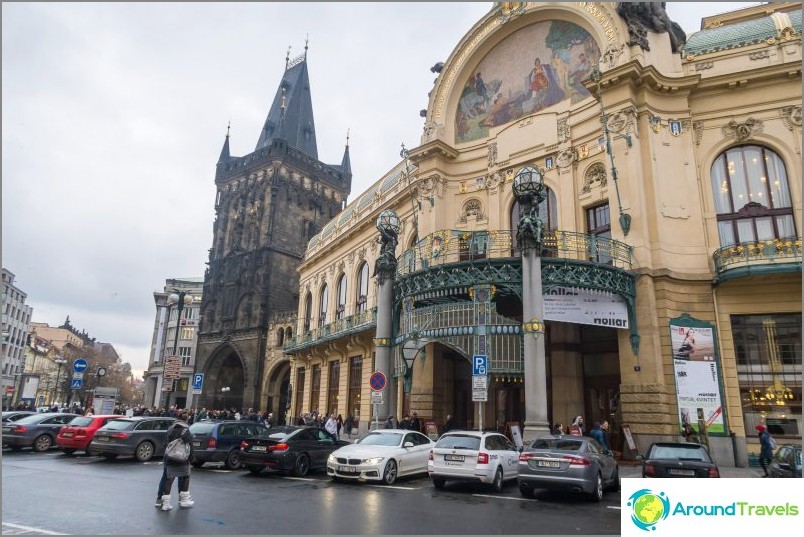 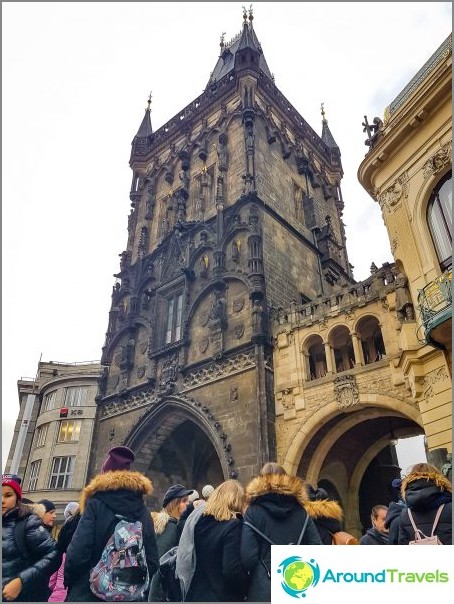 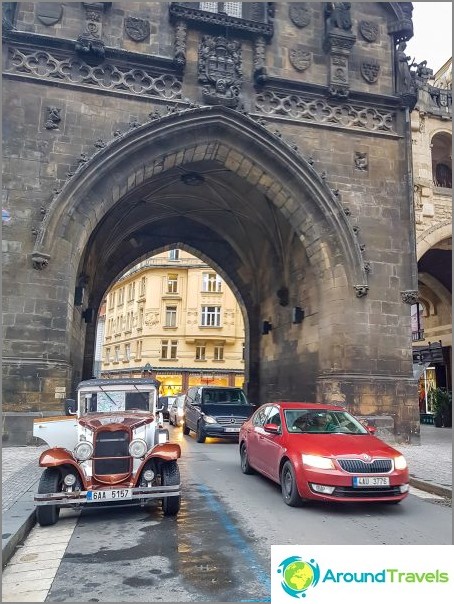 The gate was founded in 1475 and was supposed to become one of the 13 gates of the Old City - the royal palace. That is why the decoration of the tower is striking in richness and attention to detail. It is unlikely that the usual powder warehouse would be given so much skill.

According to online sources, construction was halted after the then king left the old palace. Much later, a roof was erected in the tower and given to the storage of gunpowder. Then passed centuries of wars and times of troubles, during which the decoration of the facade fell off (or specially dismantled) from the tower..

In 1878-1886, the tower already had a finished look with a pseudo-Gothic superstructure and underwent a serious restoration. After which it became exactly the Powder Tower that we see today.

The ascent to the top is short, but along a narrow steep staircase.

Powder Tower
Long-term construction, which at different times performed different functions, but in the end the tower was turned into a warehouse for gunpowder, after which it got its name.
More about the tower. 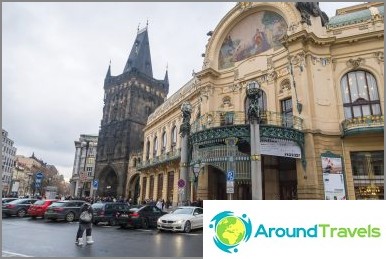 Long-term construction, which at different times performed different functions, but in the end the tower was turned into a warehouse for gunpowder, after which it got its name. More about the tower.