On the Bang Rak beach, or rather, on the island of Ko Fan, adjacent to the beach, since 1972 there has been the main attraction of Koh Samui. The statue of the Big Buddha, aka Big Buddha, by whose name the beach is sometimes mistakenly called «Bang Cancer».

The length of the beach from Cape Mai Kaen to Big Buddha is 3 kilometers, and the width does not exceed 15 meters in different parts of it. The sand along the entire length of the beach varies from golden shallow in the wild west of Bang Rak, to gray-white in the east.

I call it wild because this entire section of the beach is located along the ring road, literally two meters from the road. The strip of sand between the sea and the asphalt is fenced off with barbed wire and is only visited by residents of small guesthouses across the street.

Because of its low population, Bang Rak in the west is: stones, sand, rubbish and again rubbish. Tires come across on the shore. Only municipal services and volunteers from among tourists maintain cleanliness here. Not the cleanest state of the water and the coast and in the center of Bang Rak, where the piers and the fishing market are located.

The distance between the road and the water is sufficient here to accommodate small resorts and restaurants. It becomes relatively clean behind the piers, where several resorts are built along the coast, which keep order and smooth the sand on the beach.

The western part and the eastern part of Bang Rak are shallow, have a muddy bottom and stone surprises under the water, so you can swim here, but not for the amateur. In the middle of the beach, the sea is deep, the entrance to the water is good, sandy, but these advantages are spoiled by the presence of a large number of boats, boats and other sea vessels.

The ebb tide changes the beach in the east and west, and the center suffers less at ebb tide, which is what local vacationers use. The water throughout Bang Rak is unclear, especially during good waves and in April and May. In general, the beach does not suffer from frequent excitement, but with children it is better to go somewhere else..

Lots of sun loungers facing the sea in front of each of the hotels. Sun beds are rented for 50 baht, not in every place, but you won't have to look for a long time. The positive side of Bang Rak is the abundance of natural shade on the shore. Palm trees along the entire beach will allow you to spend time in comfort without having to carry a beach umbrella. 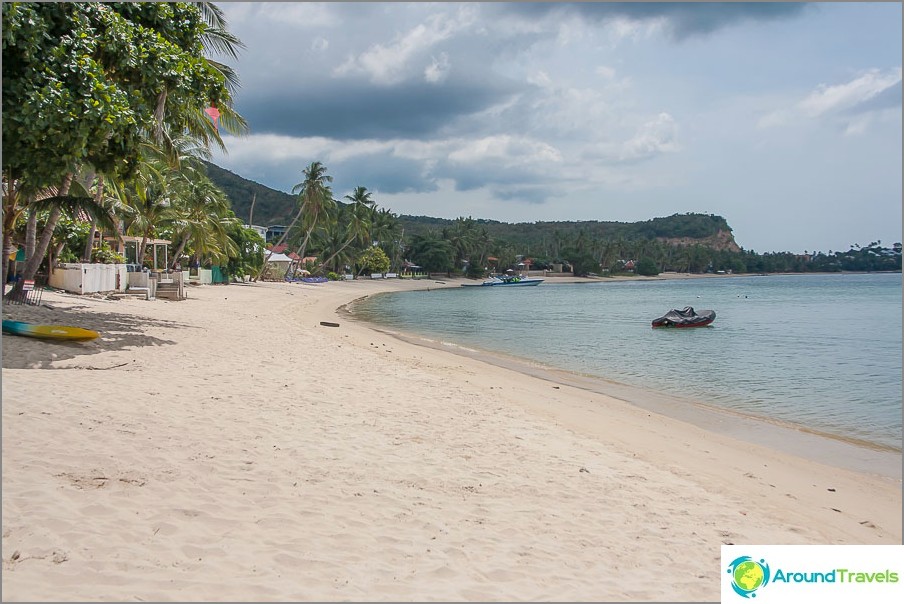 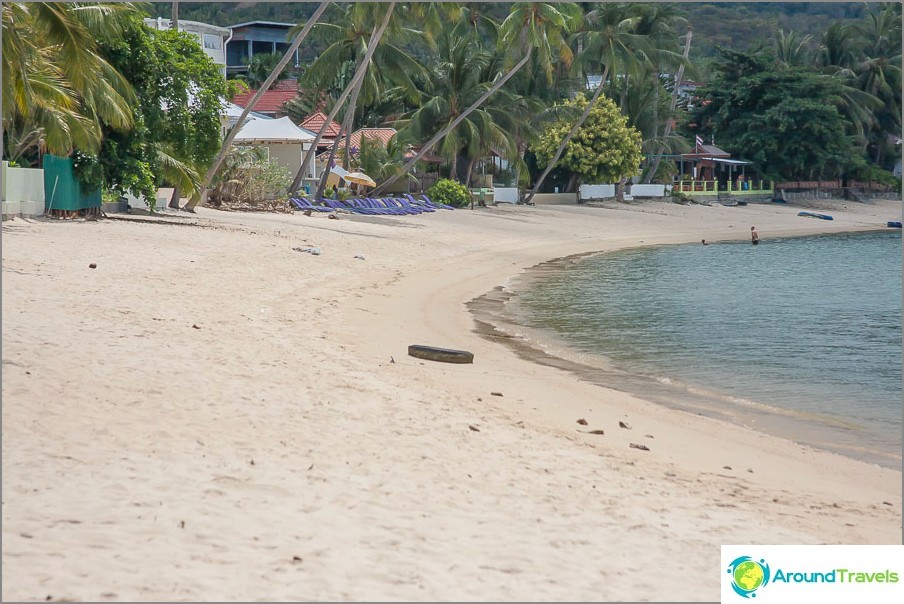 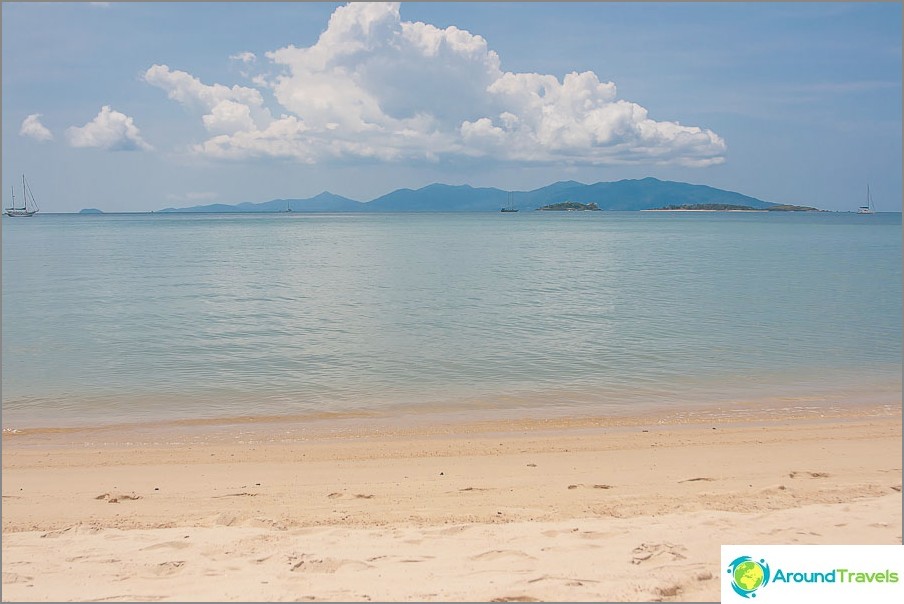 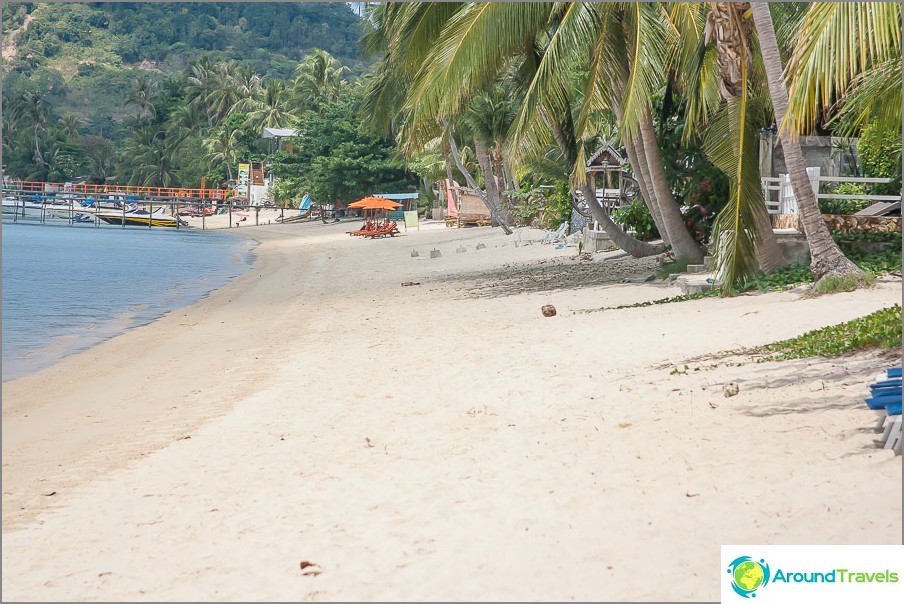 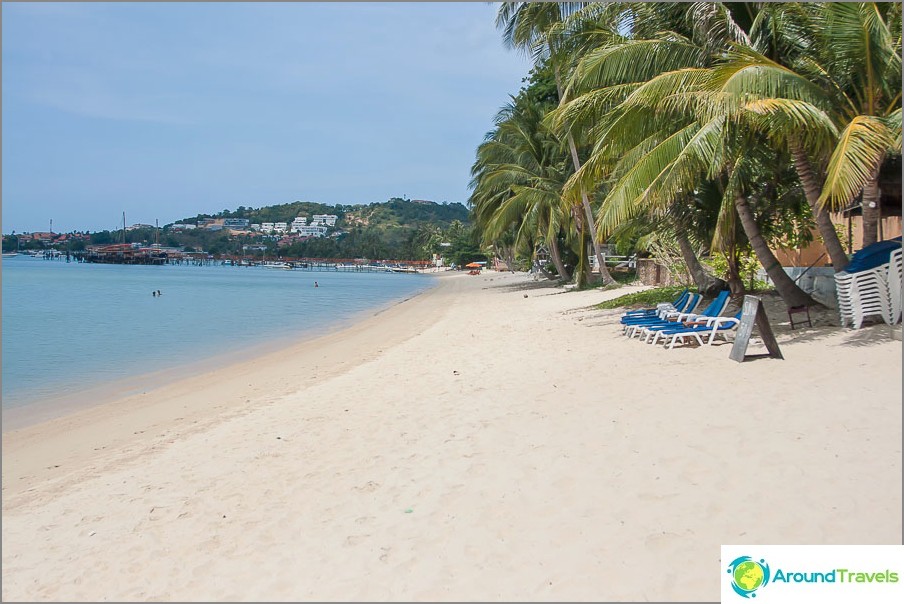 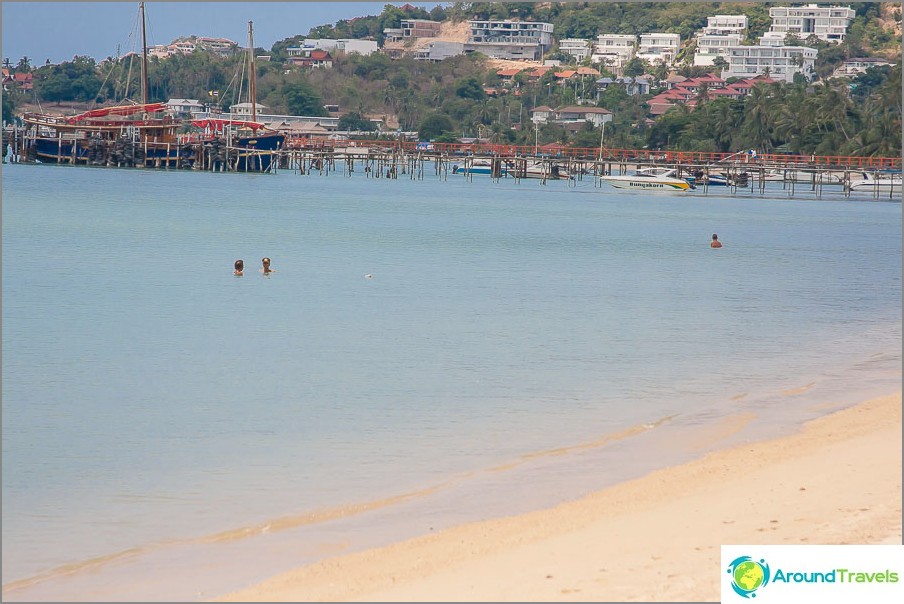 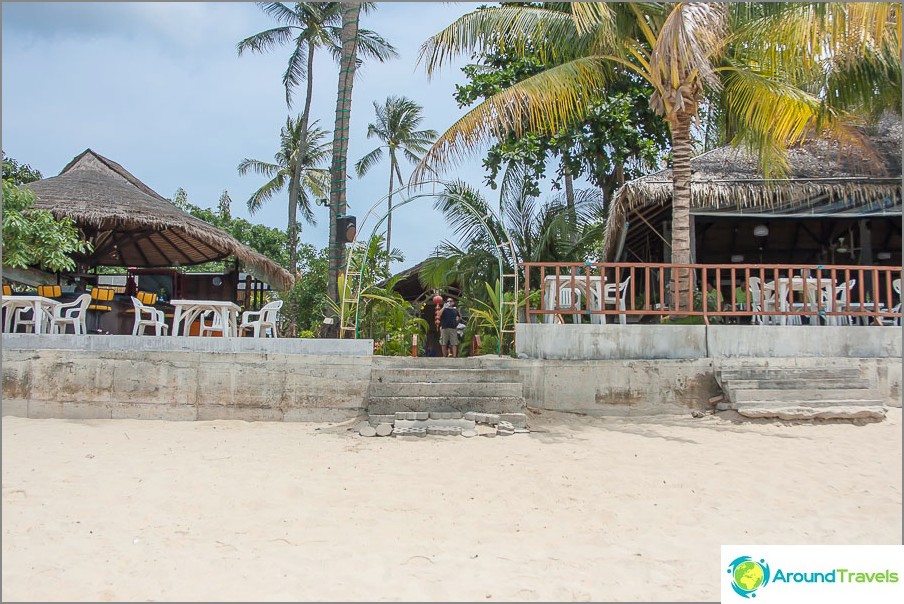 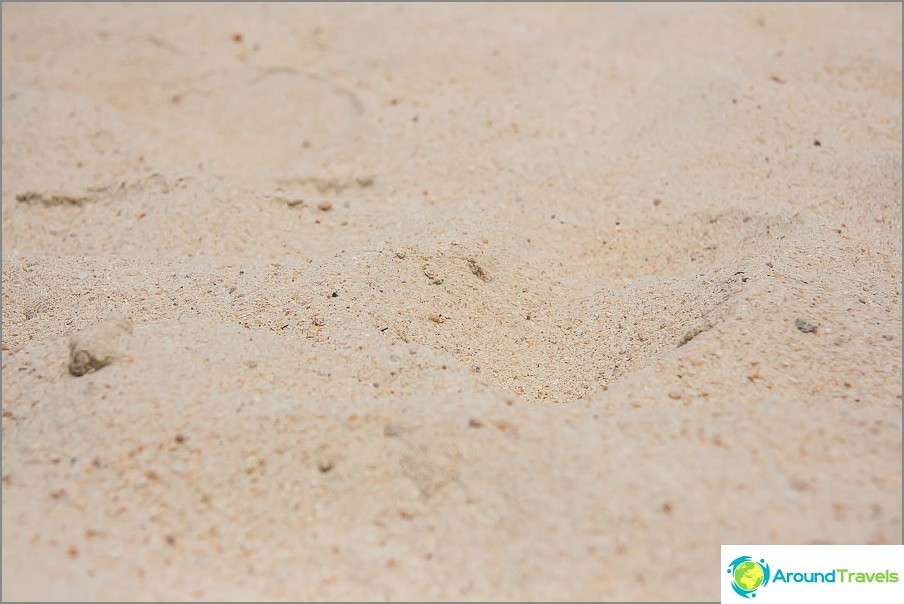 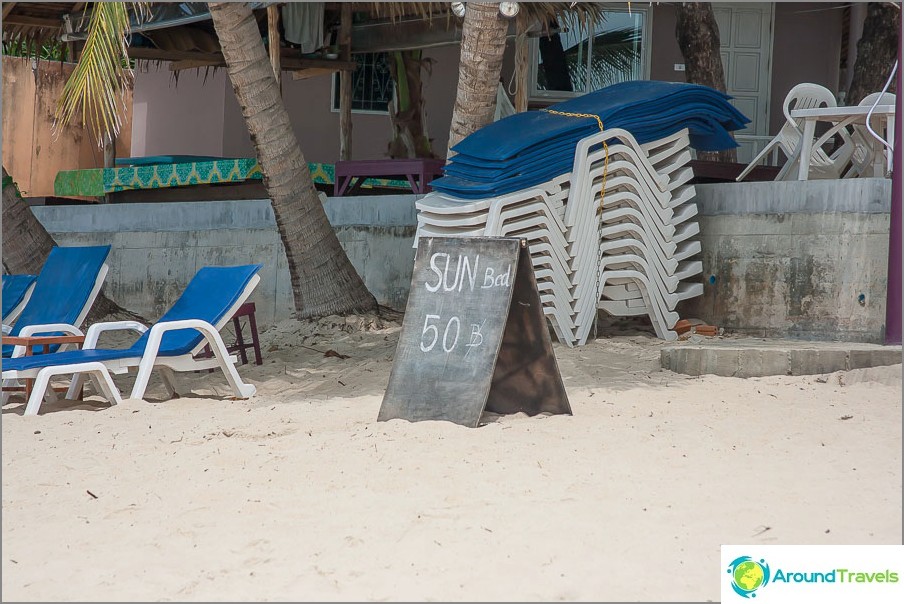 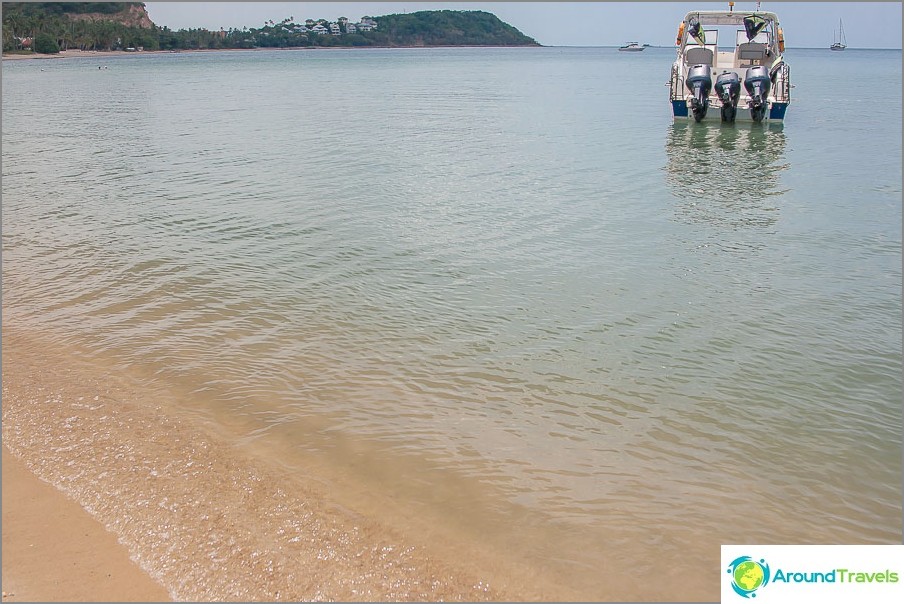 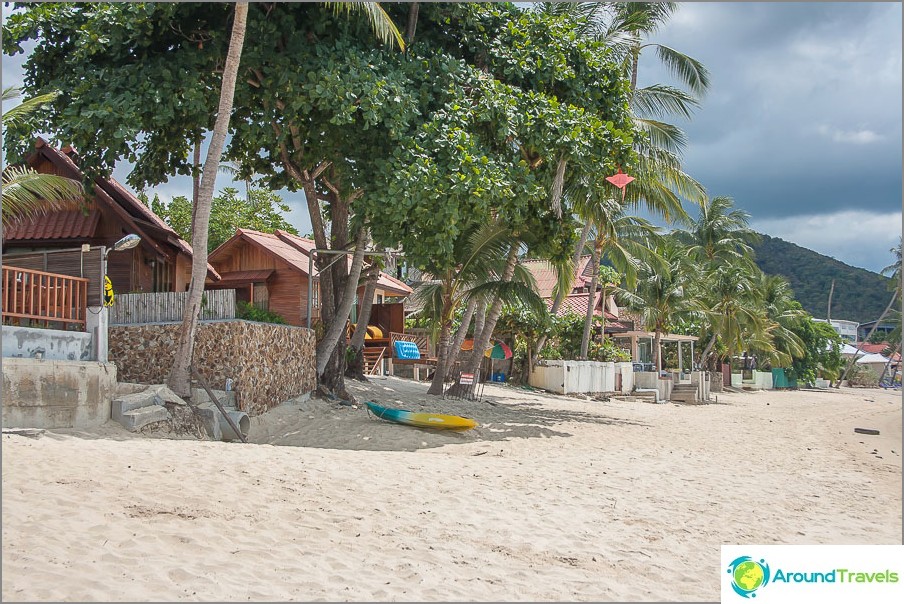 Dense development of the coastline, a large number of restaurants overlooking the sea, houses and hotels are typical for the central and eastern part of Bang Rak. The West can still be considered an outsider, but it is suitable for those who are not picky about living conditions and are ready to save money on it..

There are guesthouses along the road, behind which, in the interior of the island, construction work is underway at the stage of the destruction of the mountains. Closer to the center, in the center and in the east, the number of hotels and resorts is increasing. Behind the road, on the other side of the sea, is the rest of Bang Rak - one of the most populated areas of Koh Samui. All types of rental housing are presented here, from rooms to villas.

One of the best hotels on the beach - Samui Pier Resort next to the pier; excellent service, spacious rooms and a large swimming pool are offered by Punnpreeda Beach Resort; in the center of the beach there are luxurious villas with modern design - Saboey Resort .

Take the Ring Road until you reach the traffic lights at Fisherman Village. Bang Rak begins around a sharp bend on road 4171, and is indicated by a large, blue Ban Bangrak sign. After that, you can turn off to any place you like and go through its territory to the beach. 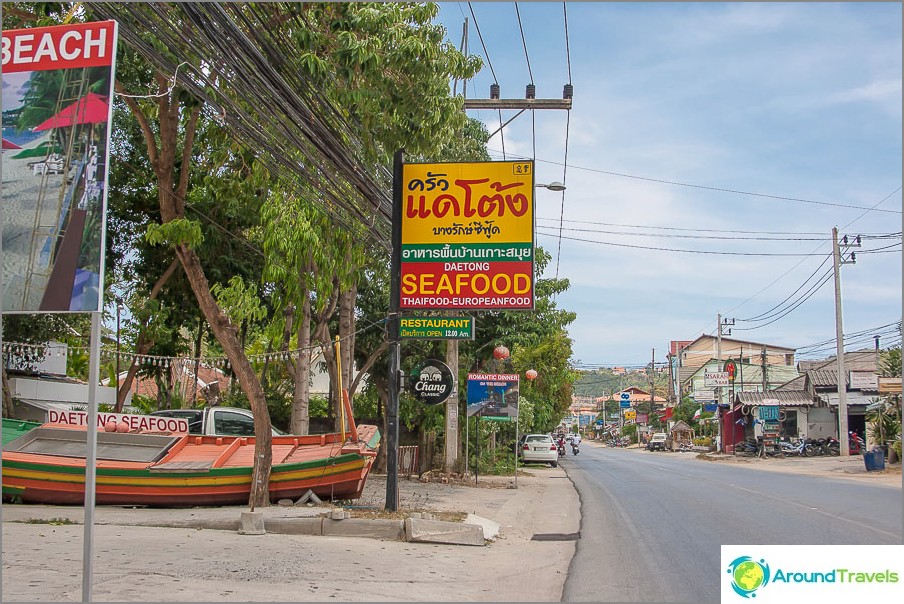 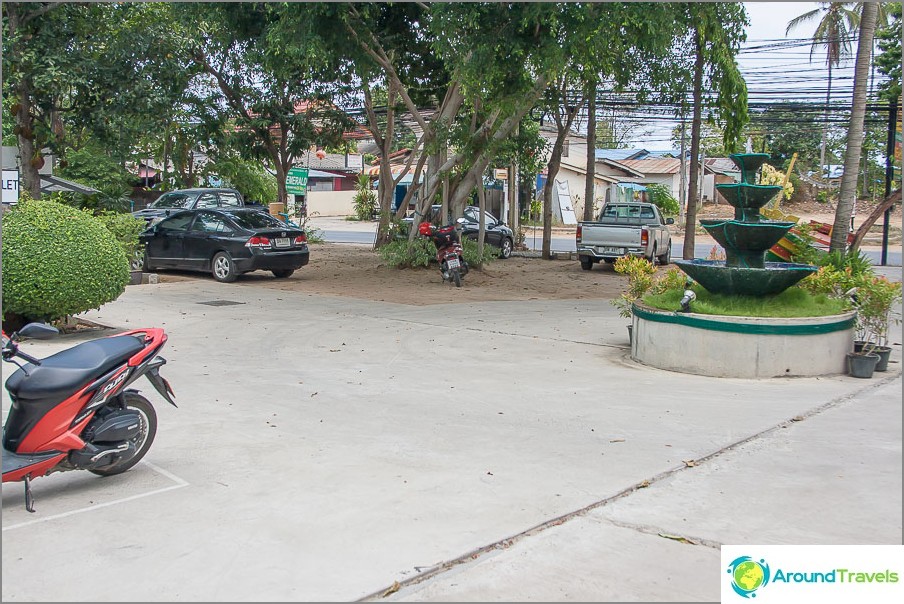 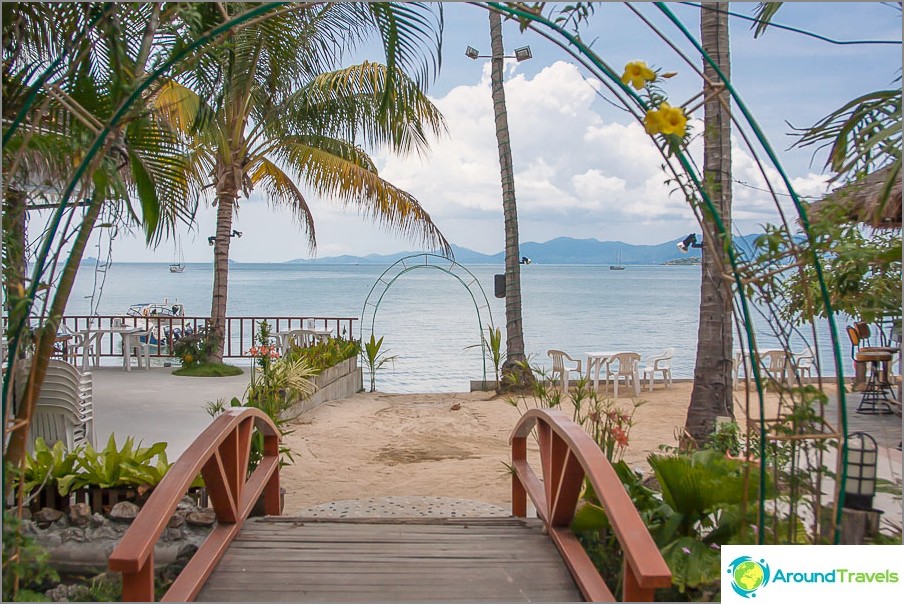 For shooting, I chose access to the sea through the territory of one good restaurant, it is indicated by a marker on the map