Cha Am is a small town, not very popular among our tourists, 25 km from Hua Hin. Its main advantage is a long, embossed beach with a fairly well-developed infrastructure in several places. A brisk highway runs right next to the sea and the beach. The coastline is separated from the road by a protective layer - a row of luxurious casuarins. Due to this, Cha Ama beach somewhat resembles the coastal area of ​​Pattaya and Bang Saena. Swimming here is problematic, but resting, taking a walk, having fun is quite.

City beach Cha Am (Sity beach Cha Am) looks like Hua Hin city beach, in details, it's great different from him. It is a long (tens of kilometers, as long as the eye can see) rather wide (20-30 m) strip of coarse yellow sand with stones and shells. The shells are broken, the stones come across sharp, so you can't walk barefoot.

Cha Ama Beach is not as monotonous as in neighboring (25 km) Hua Hin and more picturesque.
First, it stretches along the city's glorious Ruamjit Alley highway, densely strewn with service shops, shops and cafes..

Secondly, it is trimmed with a strip of evergreen spreading casuarins. (Fans of palm trees will be surprised: there are almost no palm trees on the beach.) Actually, under the casuarins, the town for vacationers is laid out: umbrellas, sun loungers, tables. There is enough free space in the shade where you can sit down (for free), but not lie down: untidy.

Thirdly, the beach in little Cha Ame is the centerpiece of entertainment. Therefore, here you can find all imaginable fun for rent: inflatable boats, bananas, boats, kites and even air sofas that plow the bay, clinging to small boats. You can ride a walking horse or send a bright airplane downwind with «remote» control - on a rope.

The most inexpensive and perhaps exotic service is car camera rental. They are heaped up with slides on the sand and serve as inflatable rings - mostly for children.

The beach is crowded in the evenings and on weekends. Thais are much more numerous than pale-faced. They come in pairs, companies, families, most often with babies. Due to this, the water's edge resembles a kindergarten on a walk. But there is enough space for everyone: the beach is spacious. It looks deserted on weekdays.

Judging by the relief of the beach strip, the ebb and flow are sharp and violent. The sea has been washing away the coast for a long time. The track, the grove and the beach infrastructure are located at a certain elevation and, to be sure, are still fortified - where with a pile of stones, where with sandbags.

The water is quite clear in calm and unclear, as in Hua Hin, when the wind and waves.
The bottom is sandy, gently sloping, almost without a slope, so 30-40 meters ahead - ankle-deep water for an adult. It's nice to wander, or bathe babies, or fly airplanes.

At low tide, the sea is carried away without looking back, and the beach looks like this: a huge wasteland with shallow (hot) lakes in which you can lie and dream.

You can probably swim on the Cha Ama beach only after sailing a hundred meters from the shore by boat or boat. In general, he «fermentative», but not «bathing».

Before the sweeping of Thai beaches in the summer of 2014, there was everything that was supposed to be here: sun loungers (40 baht / one), umbrellas and plastic tables. Now, it is likely that only the shadow from the spreading trees remains, which is also, in general, not bad.

With food - no problem, portable and stationary. You can grab a shish kebab, chopped fruits, grilled squid from food peddlers. You can eat more densely in cafes (Thai dishes), including on the highway nearby. At the central entrance to the city beach, where there are a number of makashnits, the assortment is especially colorful. 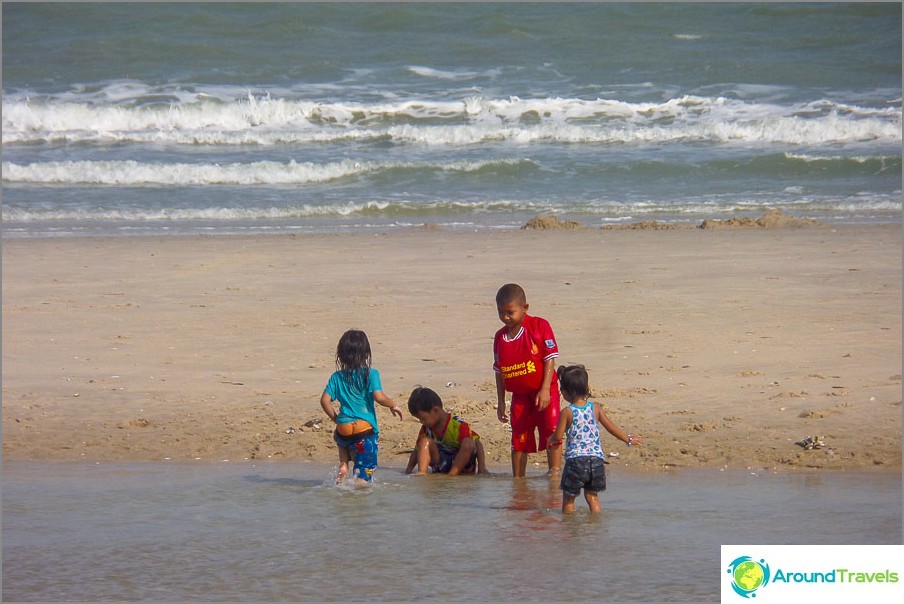 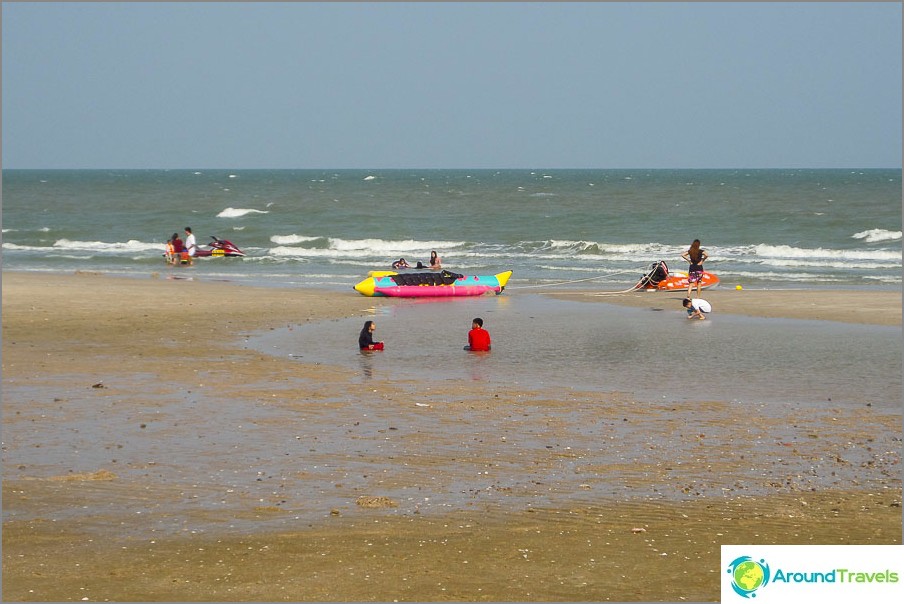 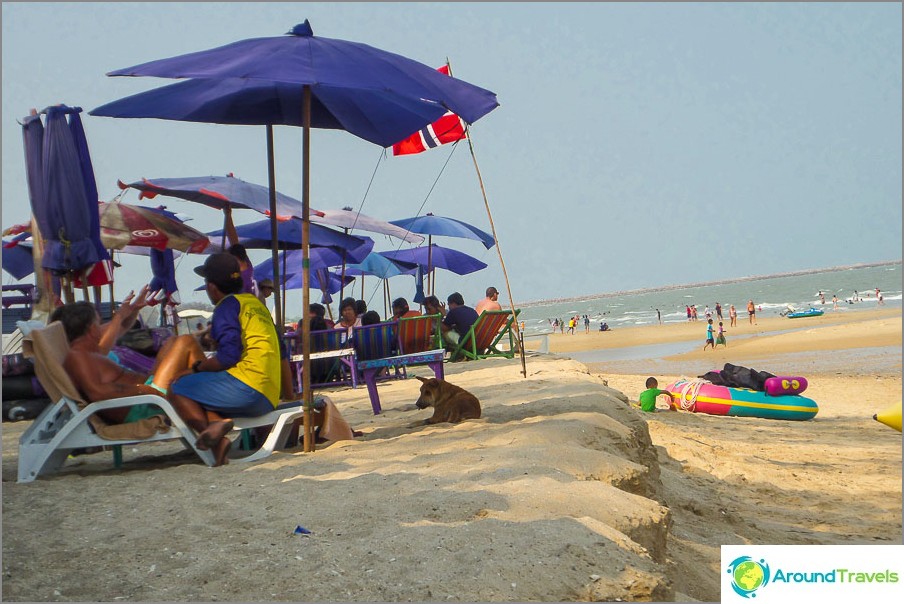 Ruamjit Alley, which stretches along the coast, has not only shops and cafes, but also bike rentals. The central exit to the beach is equipped with a ready-to-eat market and tents with beach souvenir items. Hanging places, like on the beaches of Koh Samui or Phangan, on the coast of Cha Am you will not find.

Raskolbasa, as on the coastal boulevard of Pattaya - even more so. The town itself is quite remote, provincial, there are few tourists compared to Hua Hin. For lovers of spicy-peppery life, both the beach and the city will seem boring; for tired people, families with children, introverts - a pleasant quiet haven.

There are no large supermarkets, but you can shop in the central market, which is open from 6 to 10 in the morning..

The coastal area of ​​Cha Ama on the other side of the Ruamjit Alley is densely built up. Dozens of hotels, from simple (400 baht / night) to fashionable (4 and even 5 stars). There are also plenty of townhouses and houses for rent.

In Cha Am, you need to get to the Ruamjit Beach Alley. Dozens of lanes are displayed on Alley. From it, the coastal zone is perfectly visible. Life on the beach is in full swing in two or three places. And between them - a desert strip of sand framed by dense greenery.

Cha Am beach on the map