The Central Embankment of Sochi is the most crowded place

The central embankment of the city of Sochi is a pedestrianized Primorskaya street, which starts near Marine Station and ends under the Winter Theater. Although it can be considered the other way around, if you went down to the sea near the Winter Palace and started your walk from that side of the embankment. It is possible that this option is even preferable, because near the Seaport you will hardly be able not to park, but even drive without difficulty, but there is a large free parking in front of the theater. The embankment stretches a little more than one kilometer and is a street of different widths, paved with tiles, on which a lot of souvenir shops and shops are concentrated. Overall, it is a classic resort destination for walking, shopping and light entertainment while on vacation..

Some of the establishments on the Central Embankment of Sochi are located under a cliff (there is a very sharp elevation difference), the other is located between the parapet and the sea, where the width of the coast allows. The entire walking part of the embankment is intended specifically for pedestrians, and cyclists and scooters are very uncomfortable here, although sometimes such desperate ones caught my eye. And this is at the beginning of the season, and with the onset of the summer period and the influx of guests along the embankment it will be difficult to move even on foot, and not just to ride a bike. Really - a very popular place, whatever one may say - near the sea, and people go to, first of all, to the sea.

As we walked along the embankment, I took photo notes, just so that you have an idea of ​​the street infrastructure and the price lists of local establishments. Here you can find pubs and cafes with restaurants, there are shops with clothes and beach pribluds, a fish spa, a children's amusement park, local fast foods and even a grocery store..

I will not argue that the Central Embankment in Sochi promises you the best promenade along the sea. Personally, I liked it better Historic Boulevard, which is laid along the upper tier of the embankment - there is a beautiful view from there, there are no shops and cafes, and much fewer tourists walk. 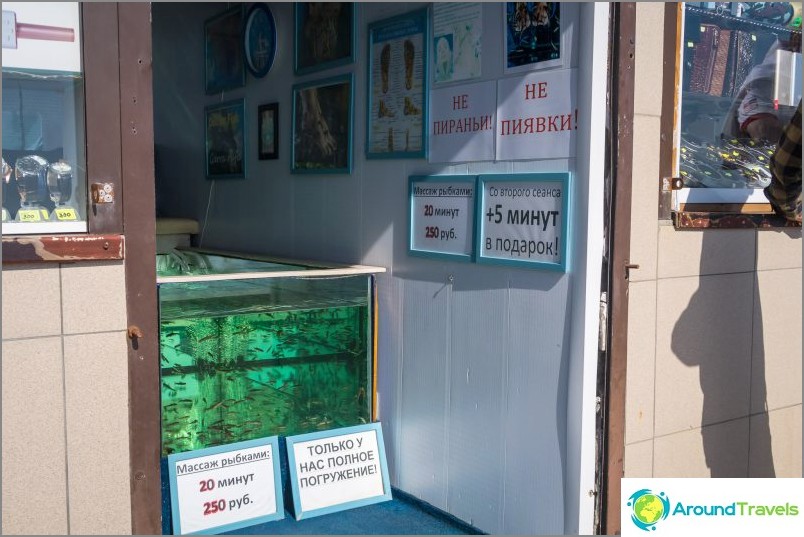 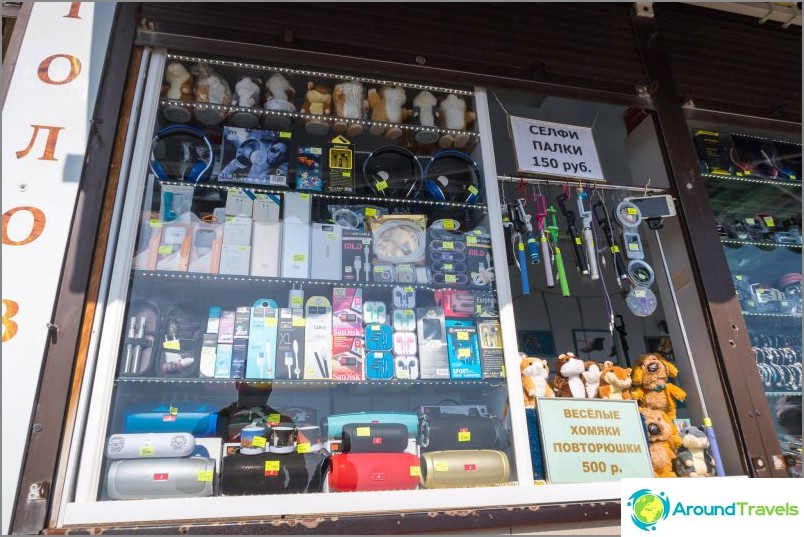 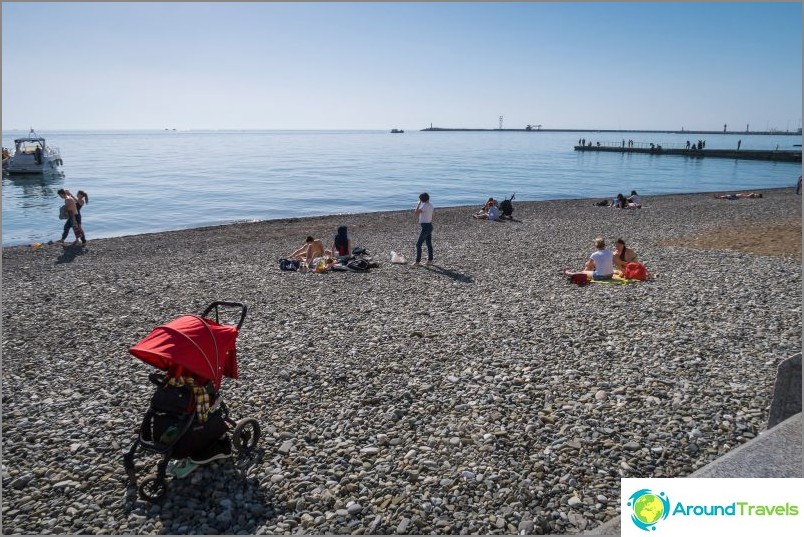 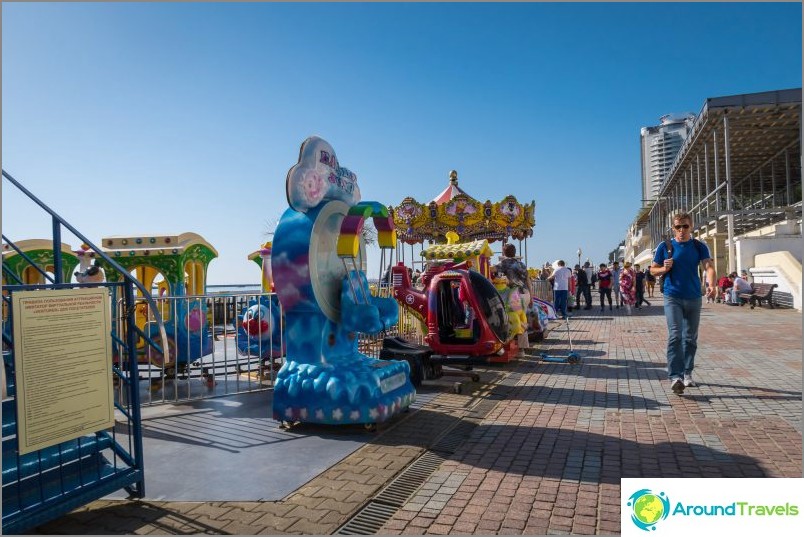 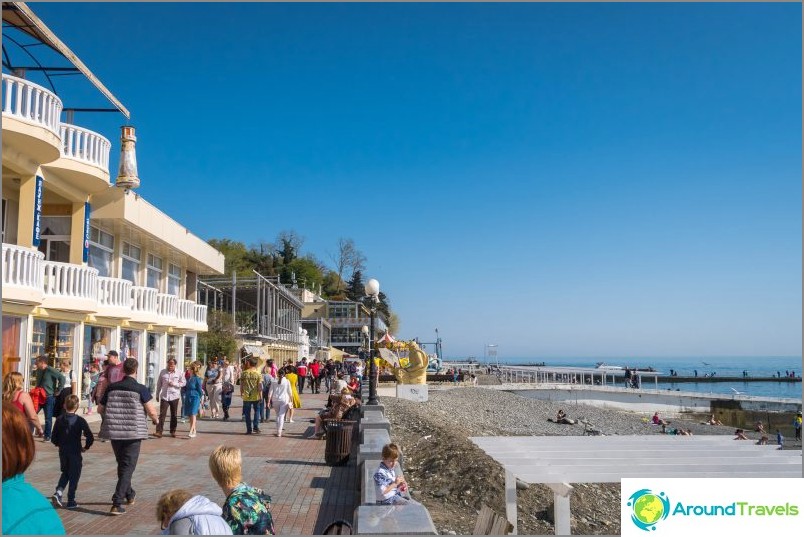 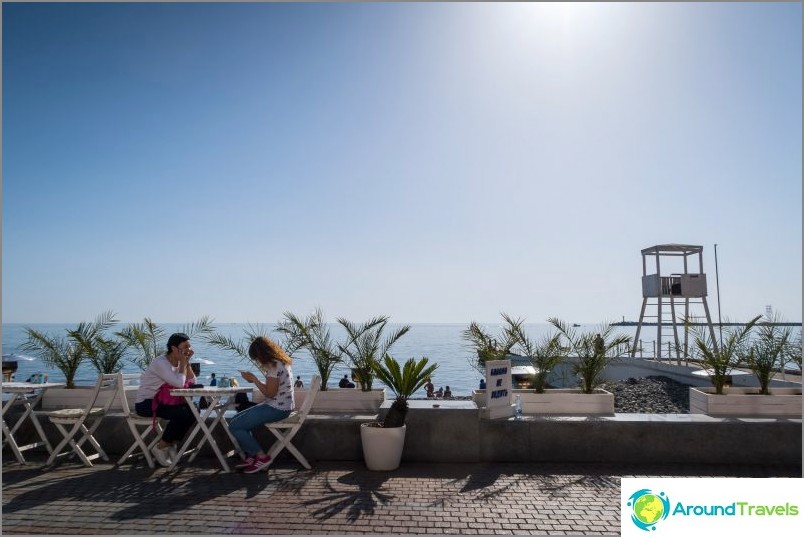 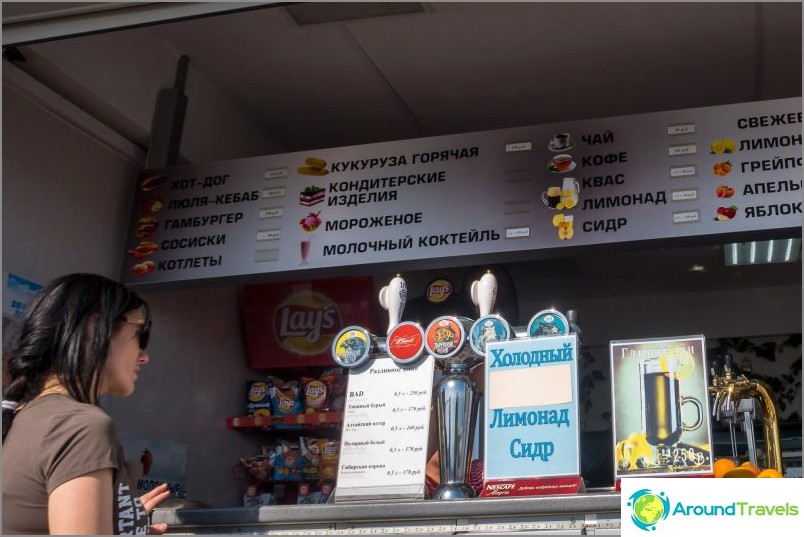 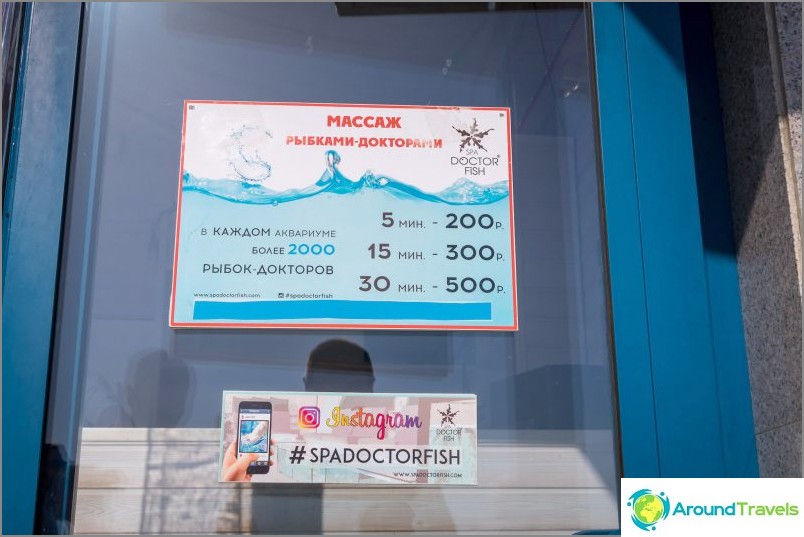 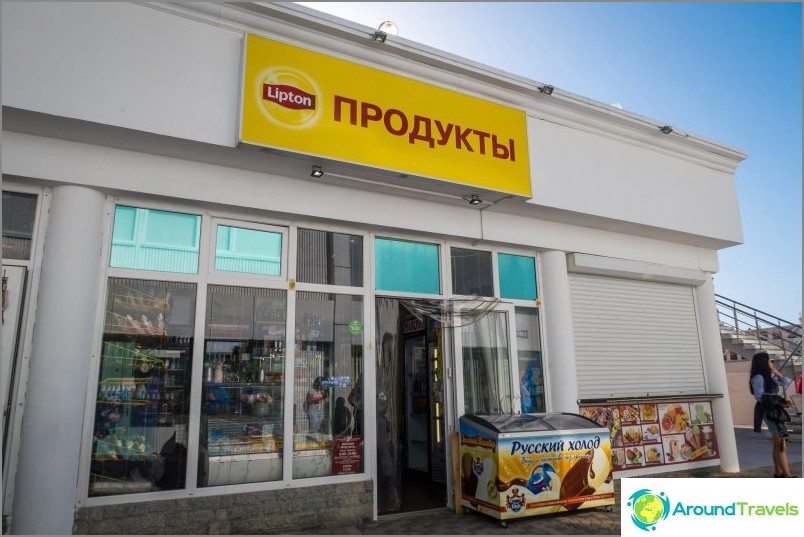 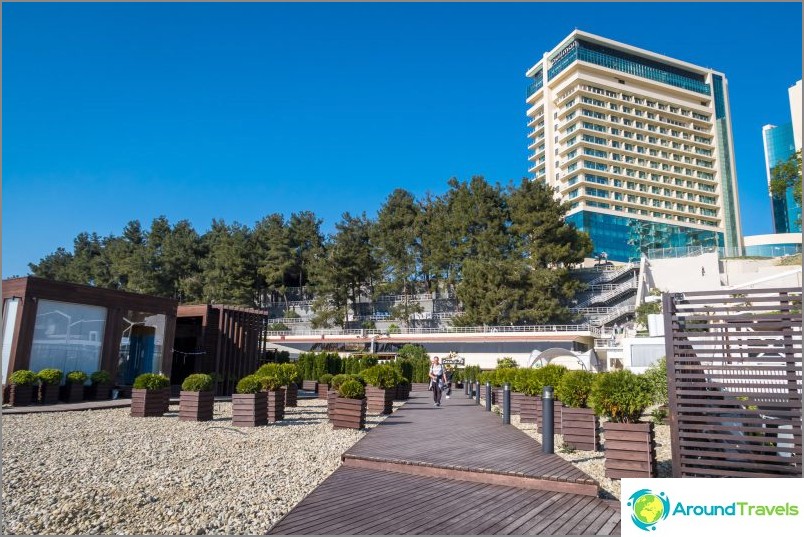 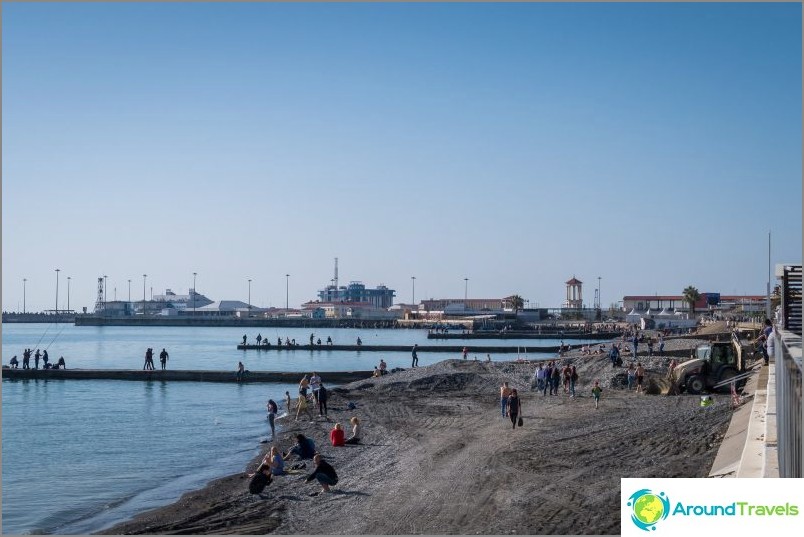 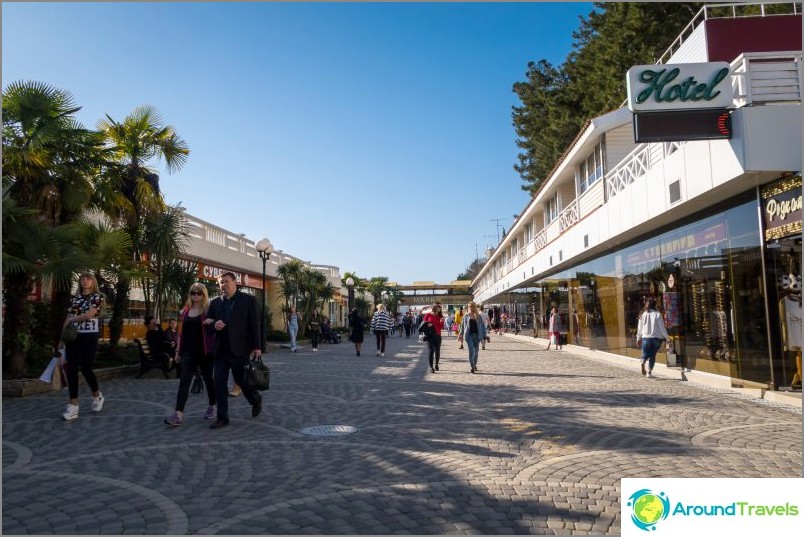 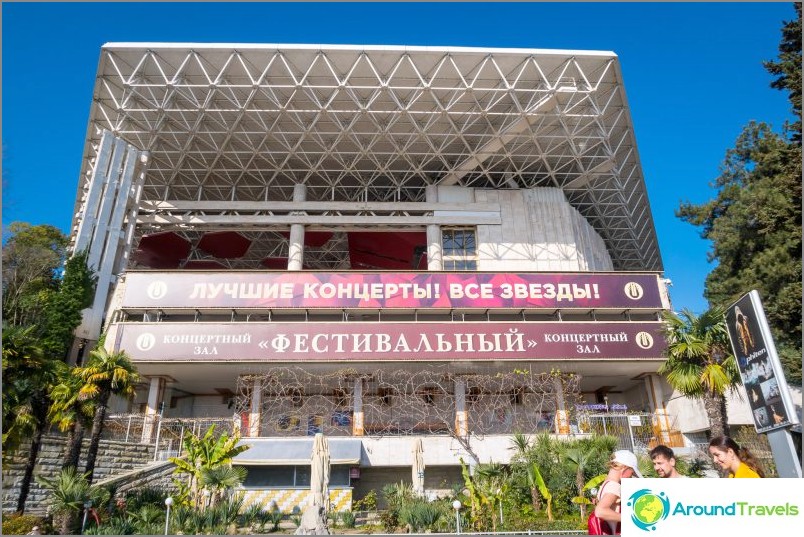 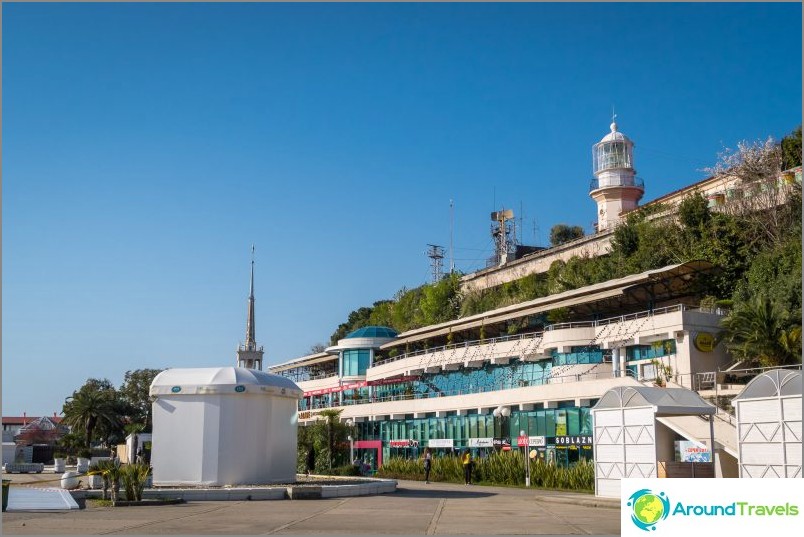 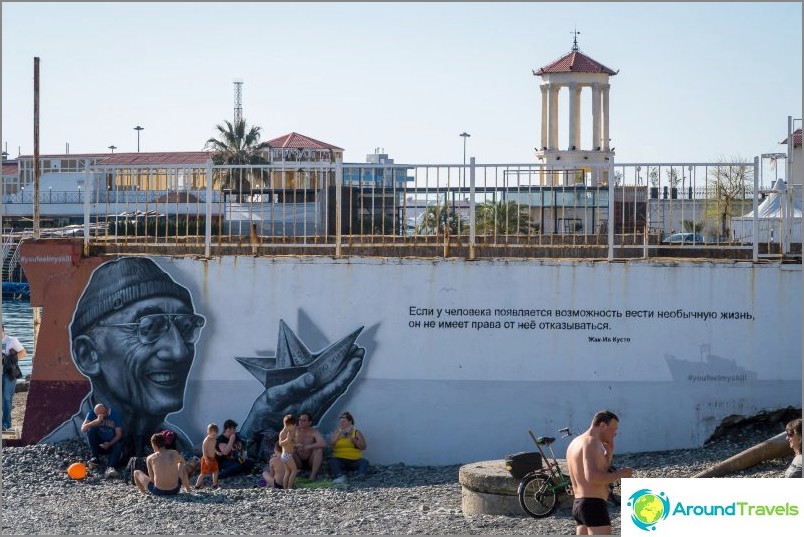 The entrance to the pedestrian street is free, free and round the clock.

It is not recommended to come by bike - there will simply not be room for a ride, there are a lot of people. The photos were taken before the start of the season (April), and in the summer there are many times more people here, sometimes there are no crowds at all.

The best parking nearby is the square in front of the Winter Theater, or drive along the road after the theater for another 300 meters to the paid parking after the turn. You can cheat and park on one of the inner streets (parking markers are marked on the map below), but you will have to walk about 10 minutes on foot to the embankment after that.

Central Embankment of Sochi on the map

Historical Boulevard in Sochi - a secret ...

How to get to Sochi from Moscow ...