Almost every capital city has its own unique symbol. Paris has the Eiffel Tower, London has Big Ben, and Moscow has the Kremlin. Singapore also wanted to create a landmark that will become a symbol of the city..

Merlion - the symbol of Singapore

Translated from english «mer» - short for mermaid - mermaid, lion - lion. There are several legends about the origin of the Singapore symbol in the form of Merlion (also found in the Merlion transcription).

The first legend tells of the first ruler of Singapore. It says that when the future king of Singapore, Sang Nila Utame, went on a journey by sea, he noticed one unusually white island. When he landed with his crew, he saw an unprecedented red beast with a black head. The beast was strong and fast. No one knew what kind of animal it was, but one old man said that the description of the animal resembles a lion. Sang Nila Utame decided to stay on the island and founded his own state, which now bears the name «Singapore».

Perhaps this is just a legend, or maybe not: scientists discovered white sand in the south of the island, it is likely that this place was described in the legend..

The second legend tells of a terrible storm in the ocean that could have killed the inhabitants of a small island. Suddenly a huge monster with the head of a lion and the body of a fish rose from the abyss of the waves, throwing sparks. It began to fight the elements and won. The storm died down and the inhabitants were saved. After that, the monster just as suddenly disappeared.

Both options are interesting, but doubtful, and therefore, we will not know the true story about the origin of the symbol..

In 1972, a sculpture of the Merlion was installed near the Singapore River of the same name, opposite the Fullerton Hotel. Merlion is a creature in the body of a fish and with the head of a lion, depicted with an open mouth, from which water splashes out. The sculpture weighs 70 tons and is almost 9 meters high. The lion is a symbol of strength and power, and the body of the fish is the connection between the sea element and land. 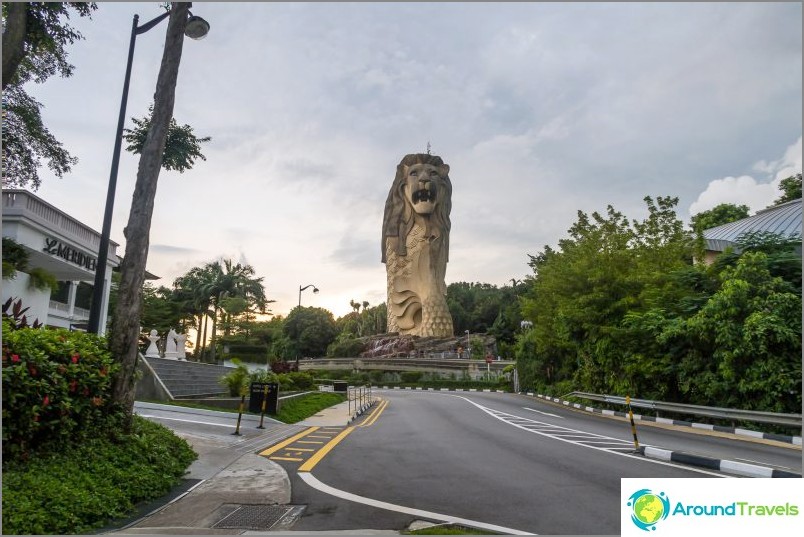 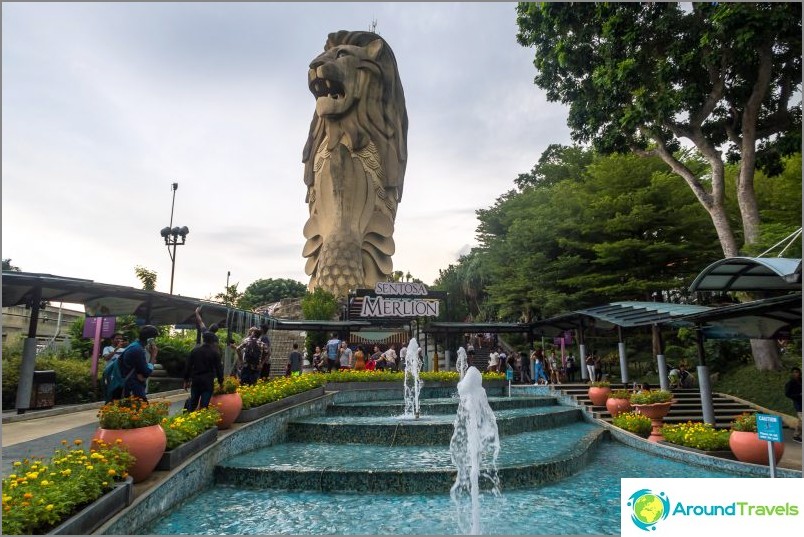 Lion - a symbol of Singapore and an observation deck 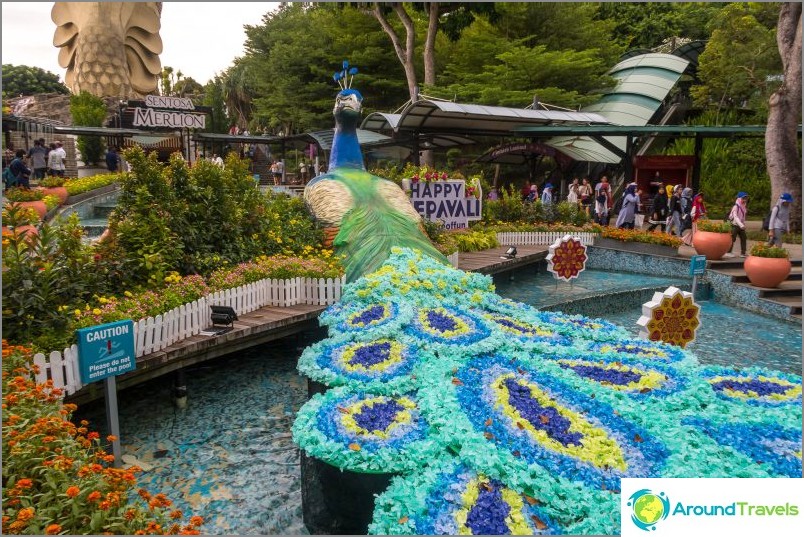 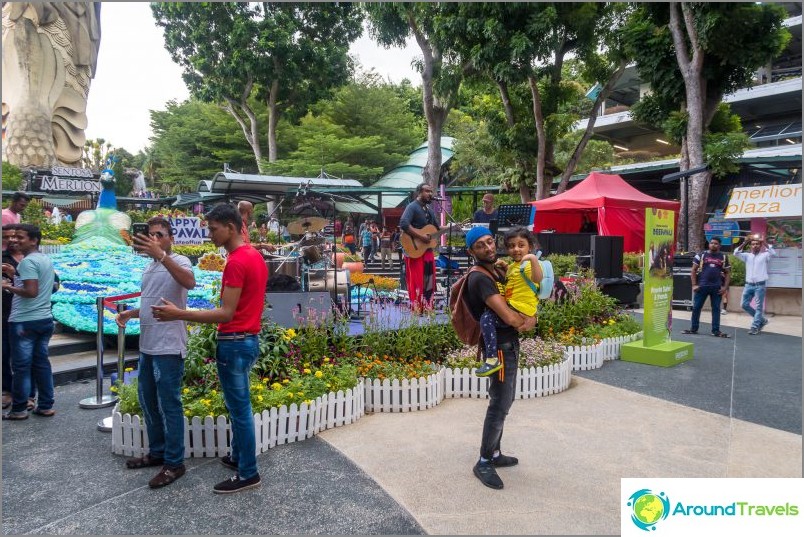 In total, there are 5 statues of Merlion in Singapore, of which two are most famous: the first, on the embankment, and the second on Sentosa Island. A huge 37 meter high Merlion rises on the island. The statue houses several viewing platforms on the 9th and 12th floors, as well as a cinema, a souvenir shop and a museum with an installation of the underwater world..

Once inside the statue, you find yourself in a cave decorated like an underwater world. If you walk down the corridor, you will find yourself in a small cinema where you can watch a short cartoon in English. The film is just about one of the legends of the emergence of the symbol of Singapore.

There is a small copy of it inside the statue in gold color, making a wish, you can get a coin with the image of Merlion. Then you can climb to the observation deck, which is located in the mouth of a lion at a height of the 9th floor. And after that - to the very top: on the head of a lion to a height of 12 floors. Take the elevator back down.

If you are visiting Singapore, then I think this attraction is worth seeing. Still a symbol of the country. 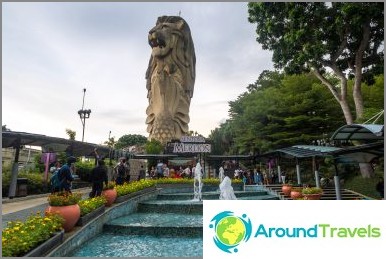