Kosa Tuzla - the fight for a place in the sun

The Tuzla Spit is on Taman Peninsula and goes to sea towards Ukraine. We spent literally half a day there, as an overnight stay was not part of our plans. But the place is perfect for wild camping with a tent. You can go there by car at any time. The beginning of the Tuzla spit is free to visit (about 2 km), but to get to the other half of the spit (equipped Kerch beach), you will have to pay a couple of hundred rubles from the car. The pedestrian passage was clear at least in the month of September.

It is strange that if the payment goes specifically for the Kerch beach (toilets, showers, changing rooms), then why is it only 500 meters long, and the remaining one and a half kilometers are no different from the free part of the spit. But in fairness, it is worth saying that on the paid territory outside the Kerch beach there is already a whole dry closet, which is very important, because you can only walk in the sea when needed..

We reached the very edge of the spit, which is several kilometers of a narrow strip of land. Landscapes, of course, will remain in the memory for a long time. Different colors near the water on the right and left sides, sandy shores and the sea breeze raising waves. And from afar, this miracle looks generally impressive. In some ways it is similar to Dolzhanskaya scythe, however, all braids are most likely similar. 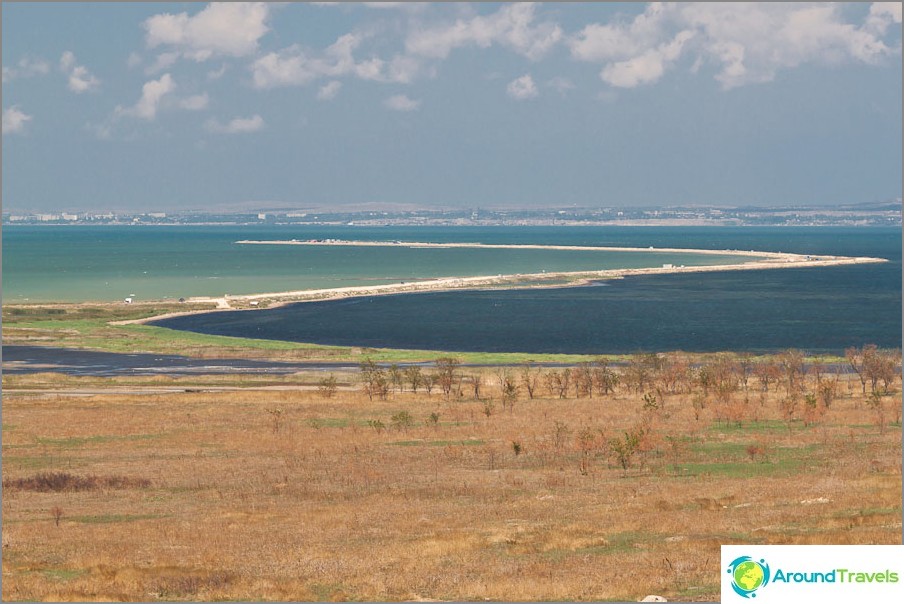 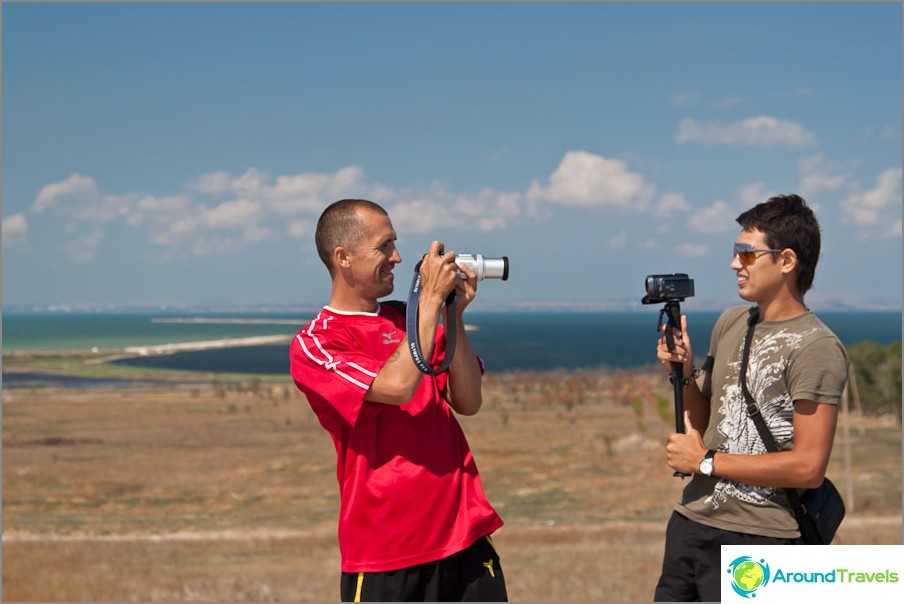 Taking pictures of each other 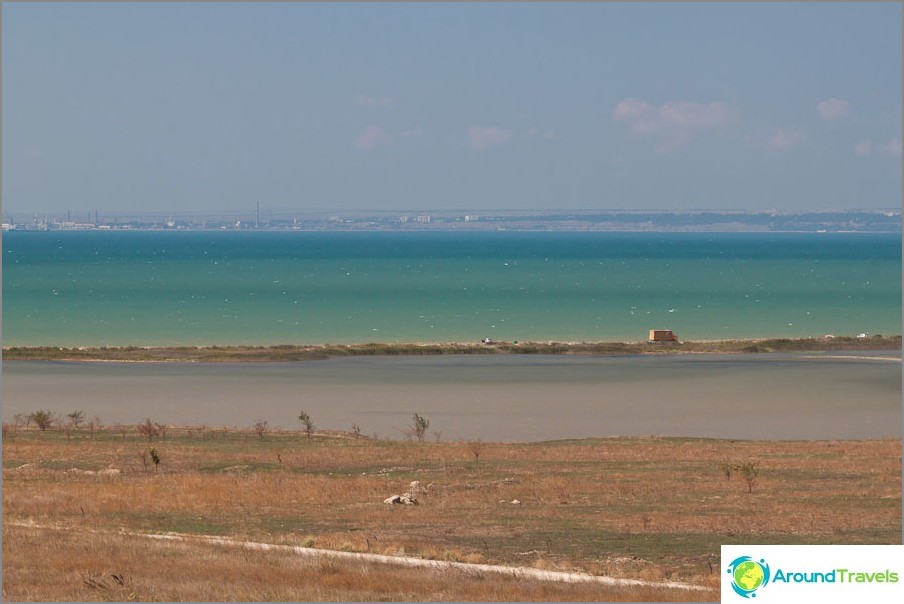 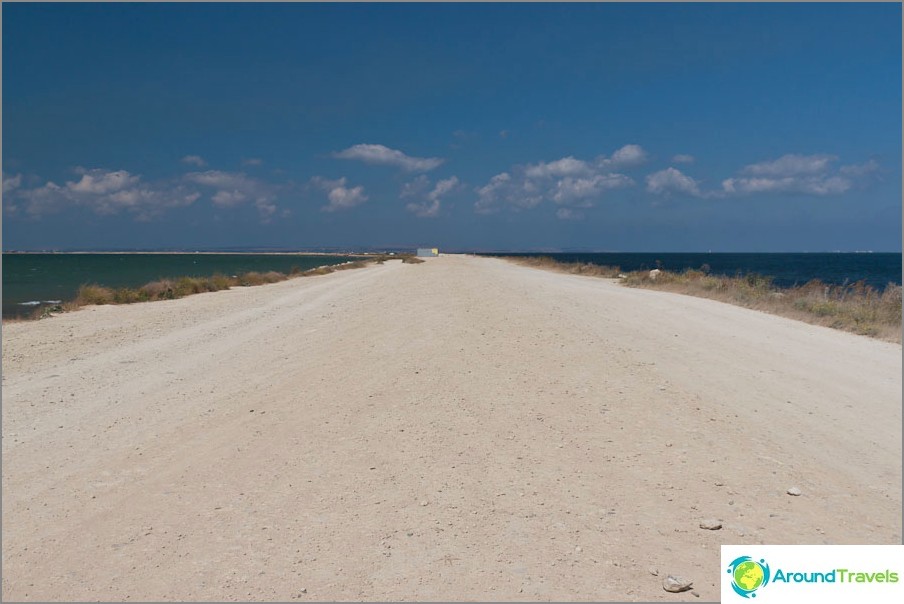 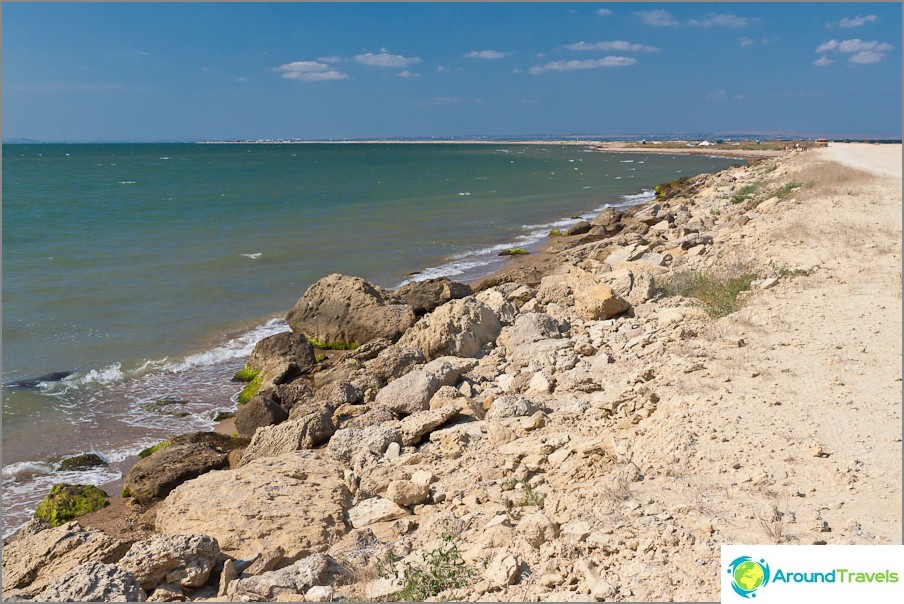 Stones on the shore 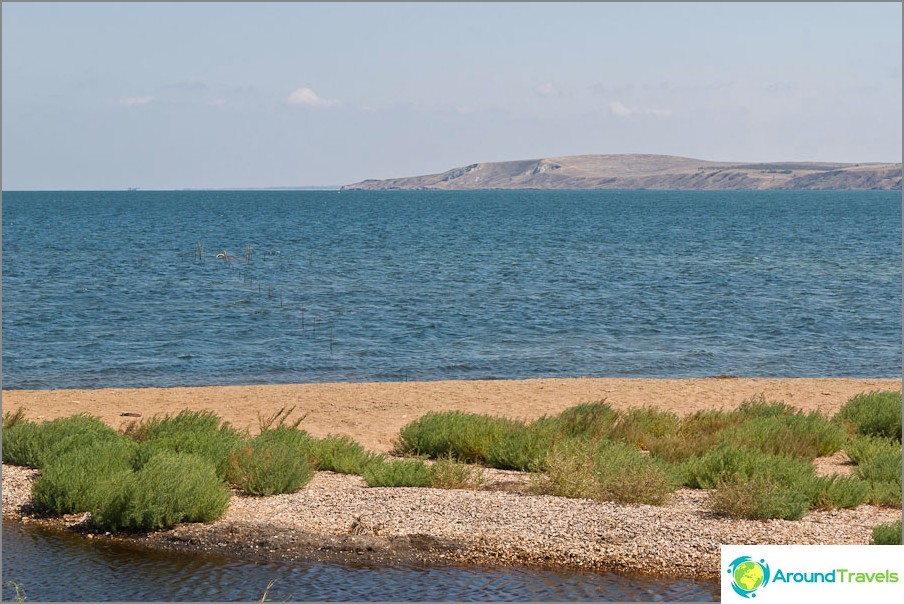 The dark blue sea of ​​the Taman Bay 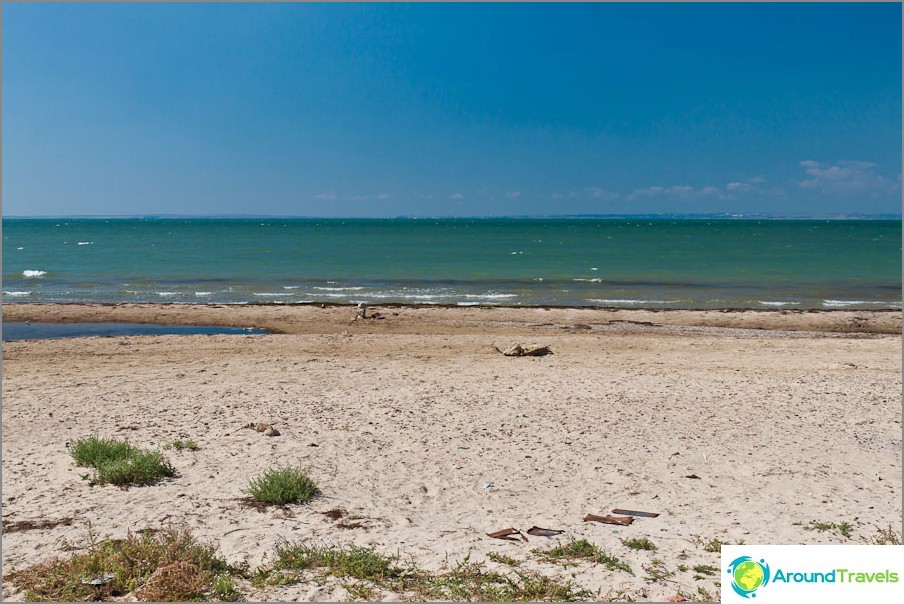 Sandy shore of the spit 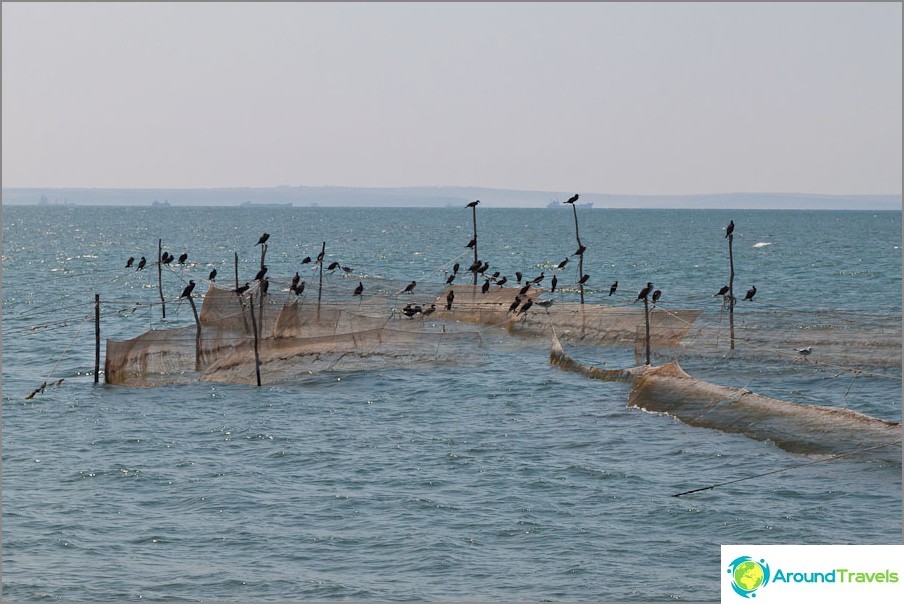 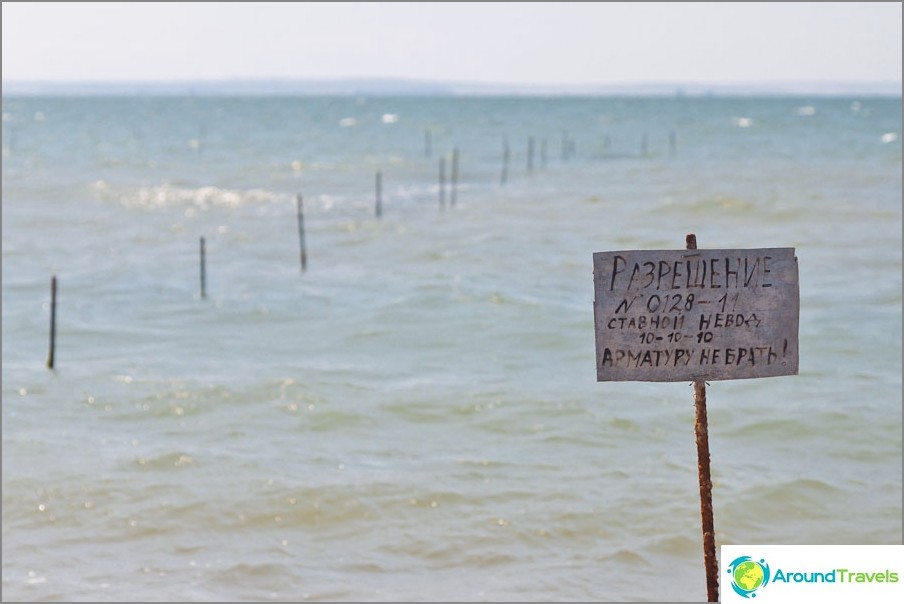 Do not take fittings! 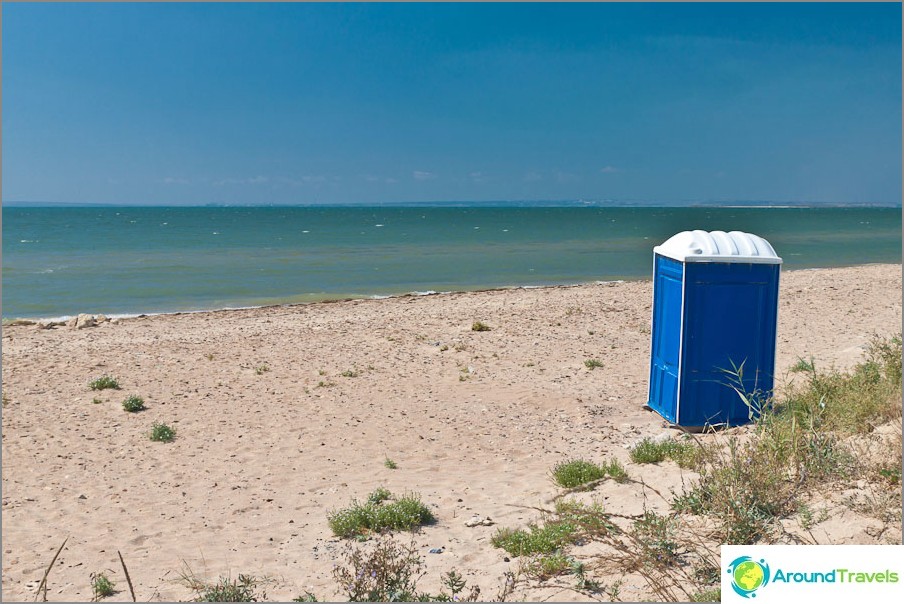 Dry closet on the Tuzla spit 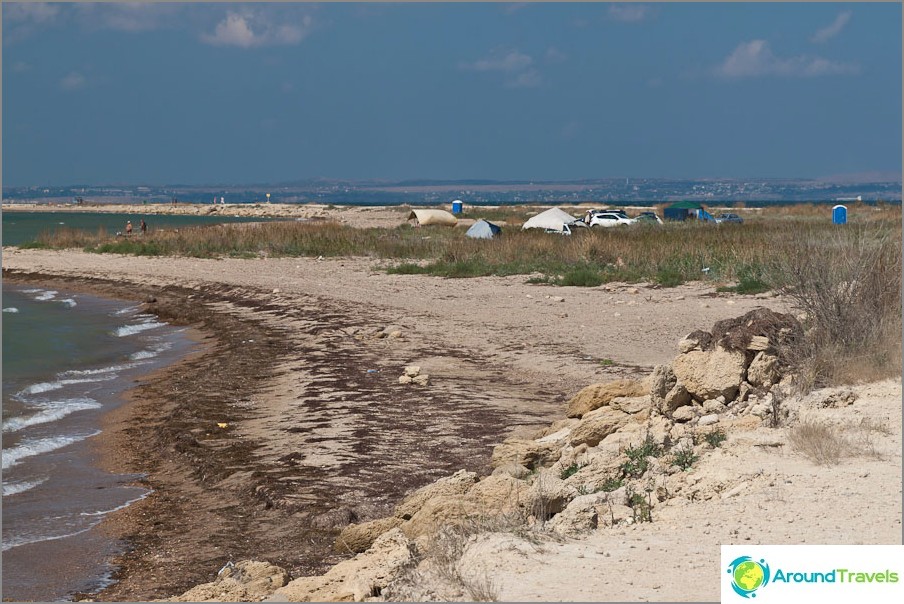 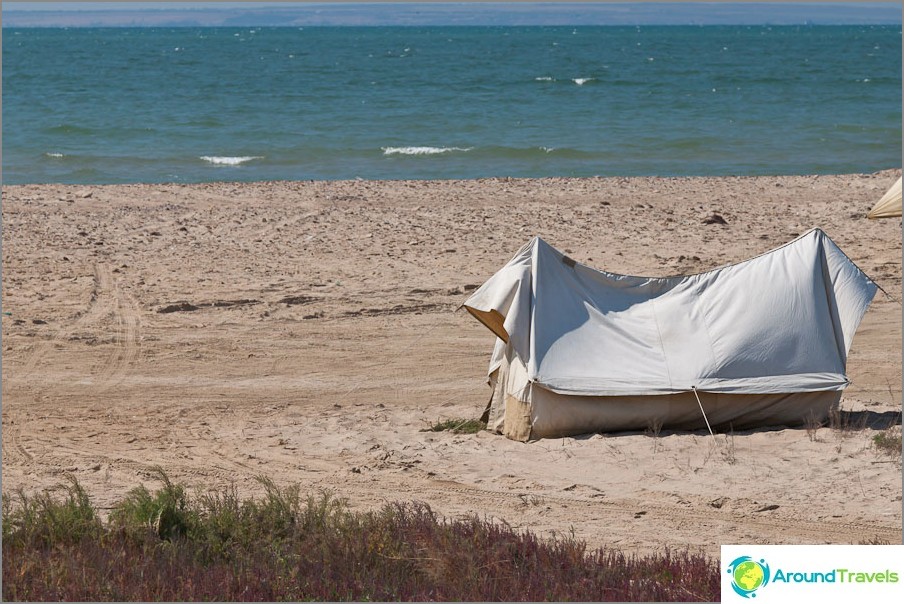 Tents on the shore 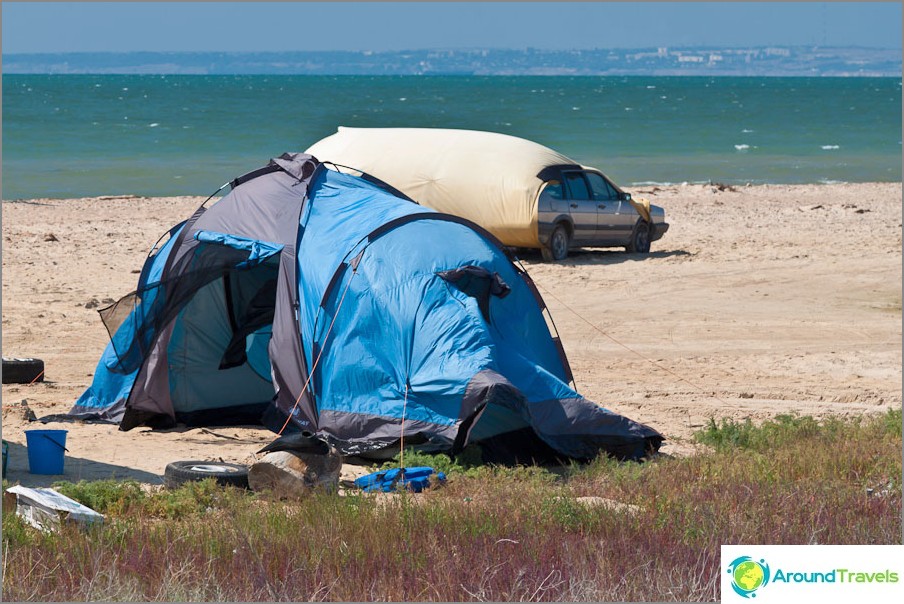 Now the wind will carry away 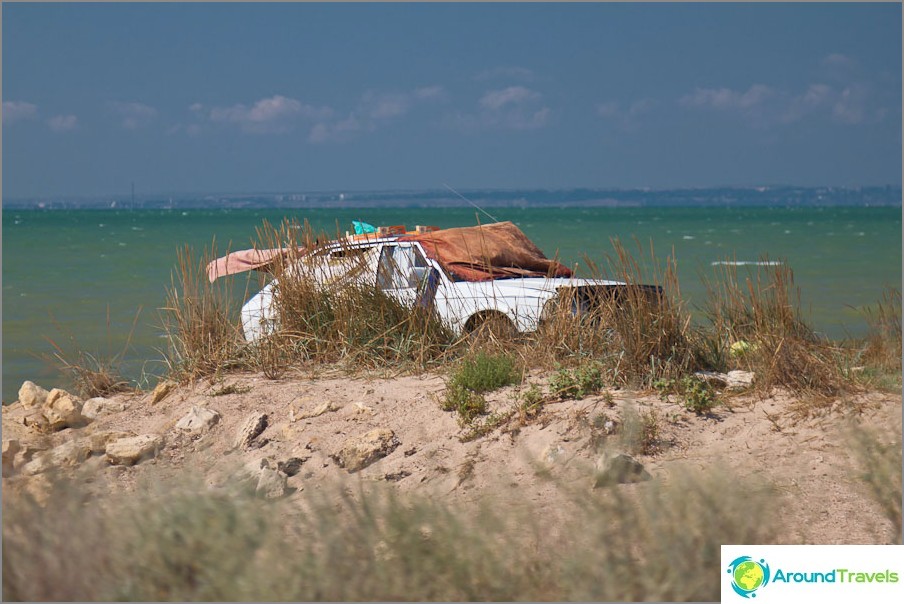 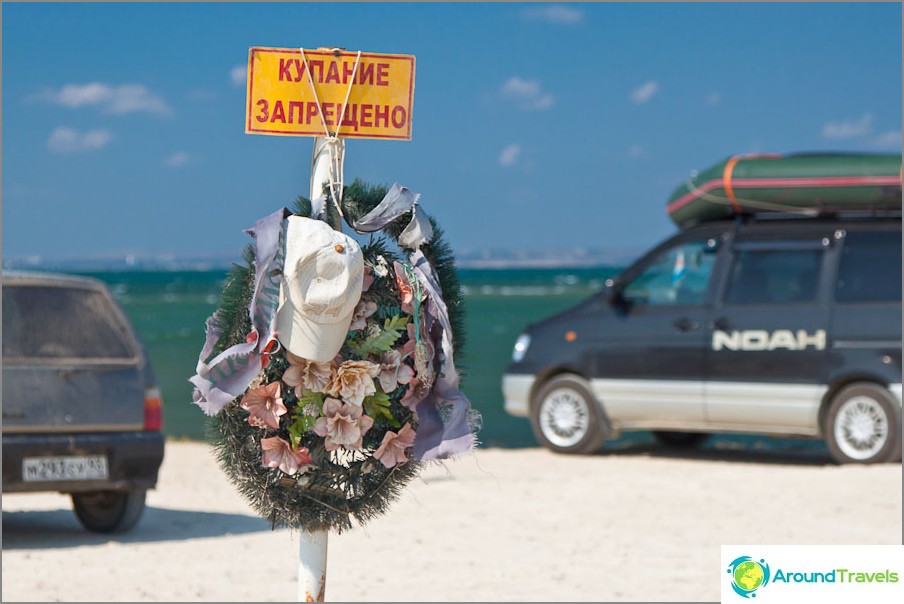 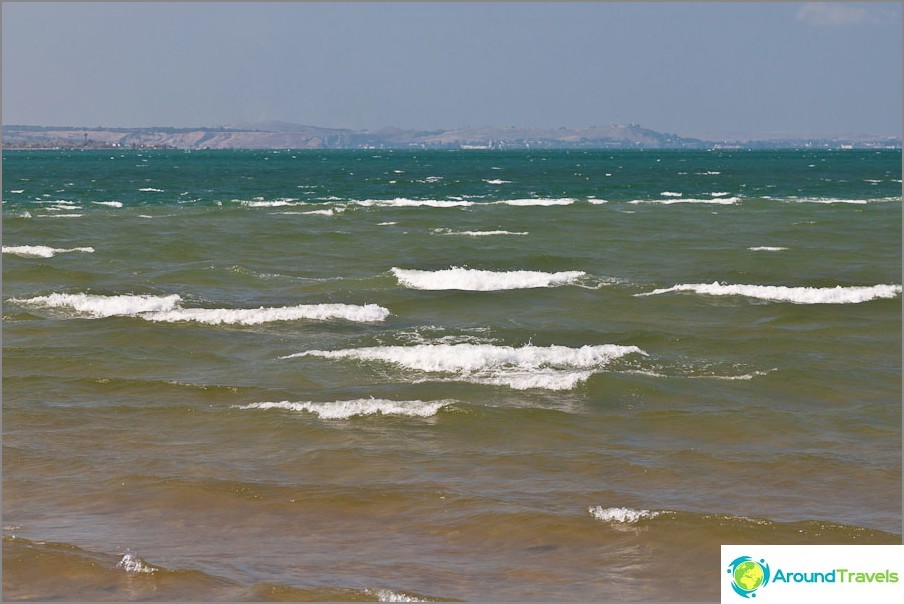 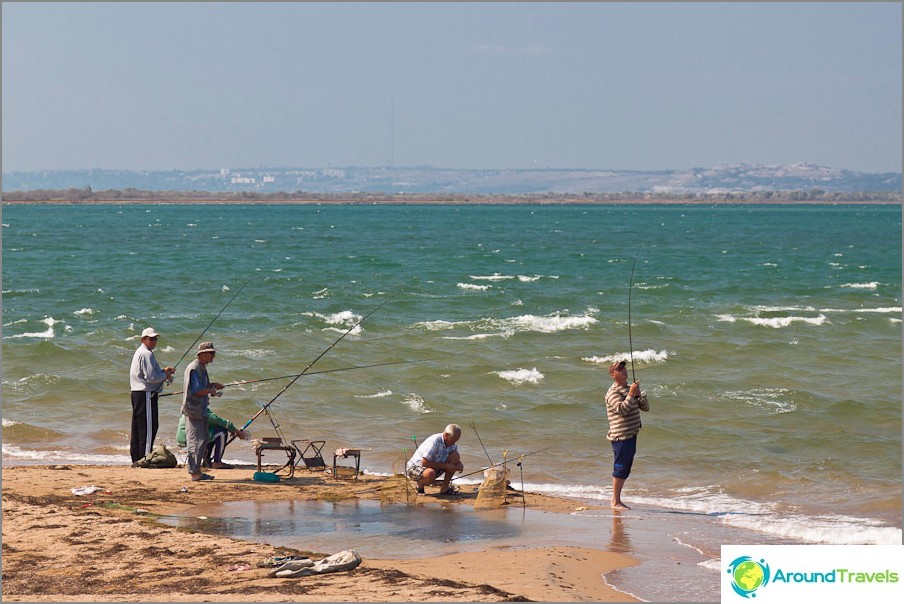 The most popular fishing spot at the tip of the spit 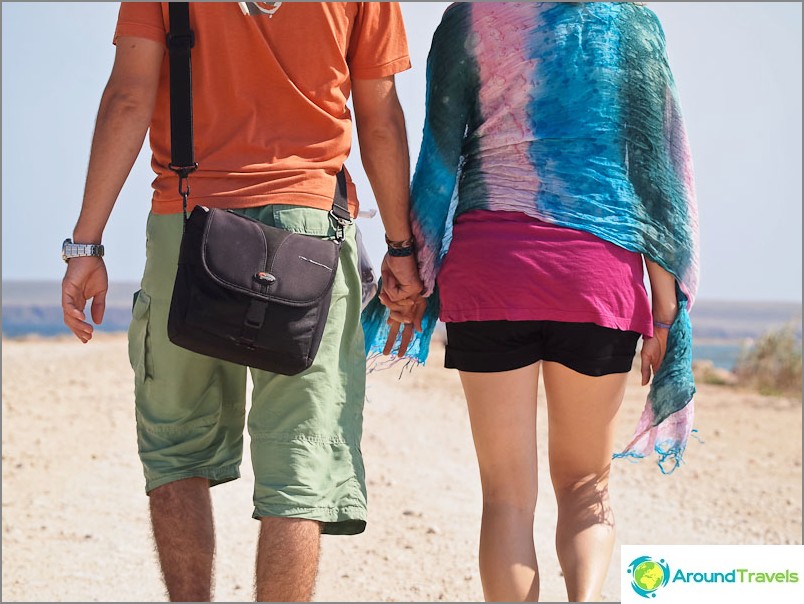 Walking along the Tuzla spit

The history of the Tuzla Spit is quite interesting, because it is a bulk one and used to be an island. More precisely, even 100 years ago, it was just oblique, but for the sake of convenience, local fishermen in 1925 dug a small canal at its base to shorten their path. After the storm, the passage turned into a wide strait, and the spit became Tuzla Island and existed in this form until 2003, when a second attempt was made to restore the spit. The first attempt in the 40s of the last century failed. So, during the year, trucks were carrying soil day and night, and now we can contemplate the Tuzla scythe in the form in which it is. Its length is now about 4 kilometers, and its width is gradually increasing, due to the sand and shells deposited by the sea. Now this place has become the hallmark of the Taman Peninsula..

Initially, the Tuzla spit was about 11 kilometers long. Where have the rest gone now? Part remained not dumped, and the other part, as it was an island, and remained it. Therefore, now there are already two geographical formations - the Tuzla Spit and the Tuzla Island. Moreover, the latter belongs, oddly enough, to Ukraine, after ballots for elections to the local council were not brought there. The local residents of the island petitioned for the re-subordination of their village from the Temryuk district to the Kerch district. Therefore, after the collapse of the USSR, Tuzla Island turned into a foreign country. Territorial strife continues to this day, since the one who owns the island owns the Kerch Strait, and there already the Sea of ​​Azov ...

The easiest way is to go to the Tuzla spit through the town of Taman, it is quite difficult to get lost on the road..

Cape Tuzla
On the one hand, the Sea of ​​Azov, on the other, the Black Sea. handsomely.
More details

On the one hand, the Sea of ​​Azov, on the other, the Black Sea. Nice.Read More