Wai Nam Beach is a secluded cove with a hundred-meter strip of sand in the wilds of the southeastern part of Phangan. You can't really walk around with a description of the beach, because there really is nothing here, except for sand, rocks, the sea and a small resort with a very simple type of bungalow.

The beach is located at the foot of a large hill and both edges abut against steep rocks that do not allow access to the beach along the coast from neighboring beaches Haad Tian and Haad Yuan.

Several buildings are hidden in a green patch of jungle near the bay, and Vainam itself is a ten-meter strip of coarse sand with a lot of stones. Yellow, very friable, with a mass of impurities in the form of seashells and coral fragments ground up by the sea.

There are usually very few people on the beach, but on party days, Guise bar and Eden bar, there will be more people here. And they can be strange.

The bottom goes under the water quite briskly, which makes the sea on Had Wai Nam very comfortable for those who like to hang vertically in the water not far from the coast. The depth begins already ten meters from the surf, and the water is surprisingly clear due to the fact that the sand is coarse and instantly sits on the bottom without creating a yellowish turbidity.

There is a shadow, but there are no sun beds. There are several huge trees with wide crowns on a tiny hundred meters of the beach, so there is no shortage of shade on Wai Nam. Until noon, you have to cook well (east side), and from 12 noon, the shade begins to creep onto the beach. People usually bring their own accessories for a beach holiday, and as a rule, everyone comes light.. 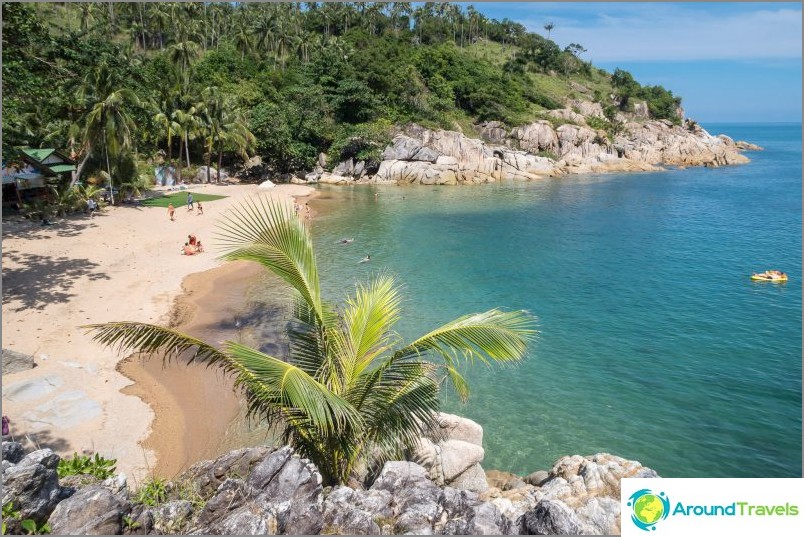 View of Wai Nam from above 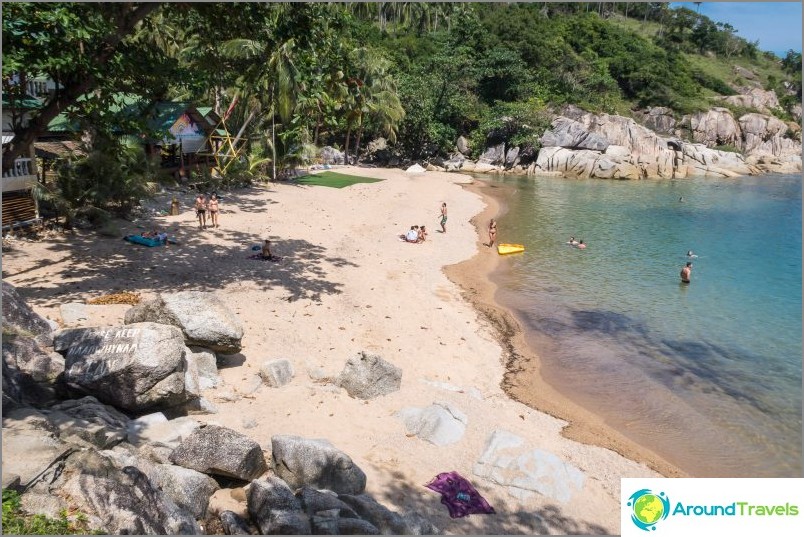 Top view in magnification. A small. 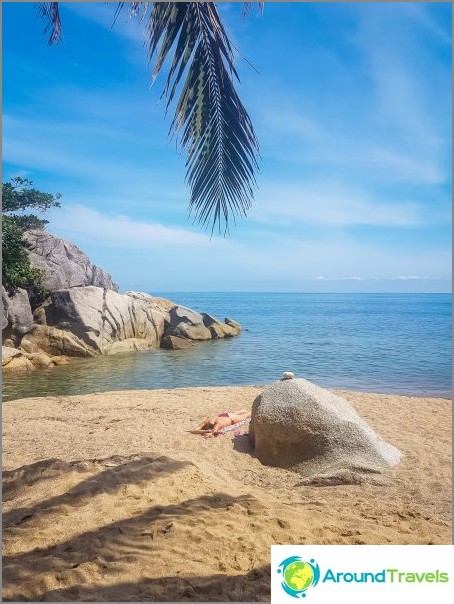 Sea view from the left side of the beach 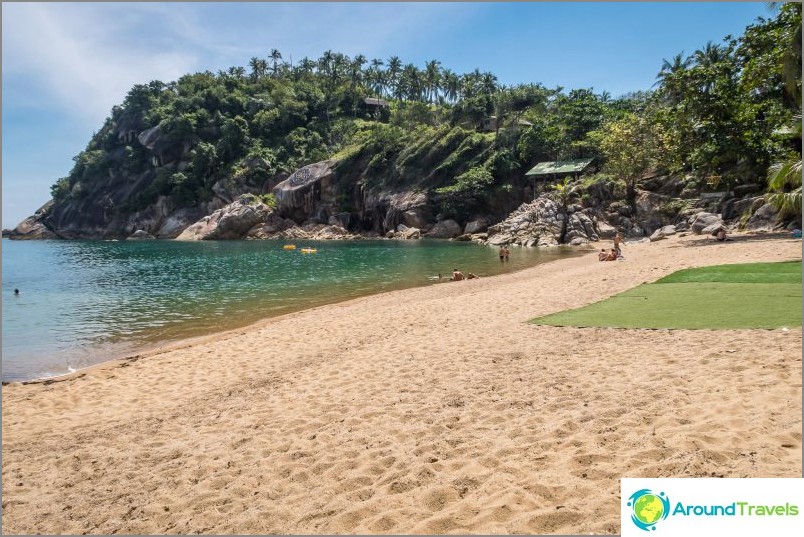 View of the beach from the left 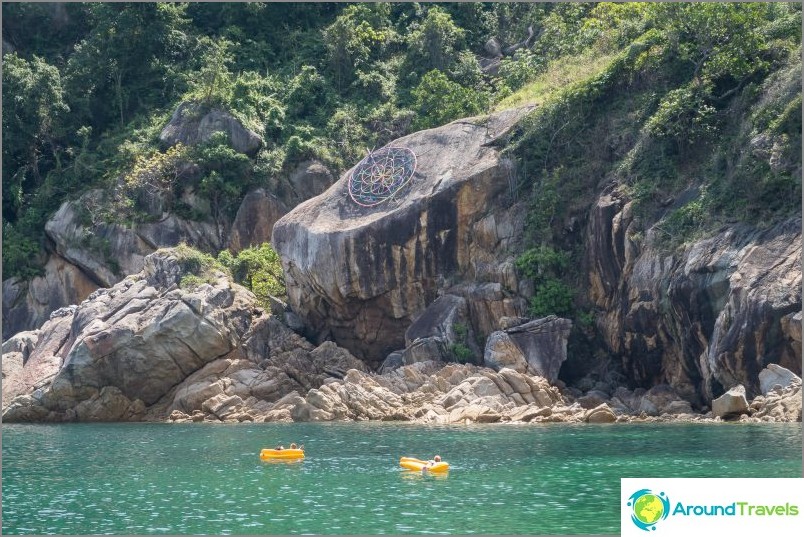 In the approach, it can be seen that the right edge also rests against impassable rocks 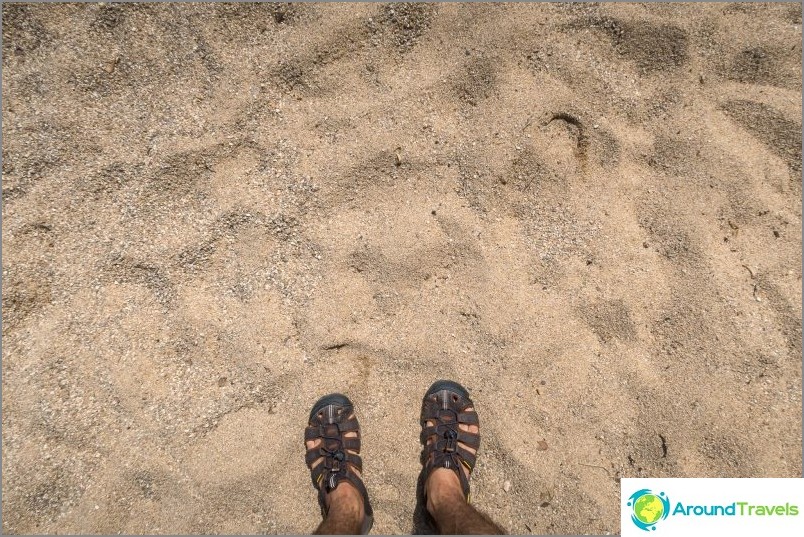 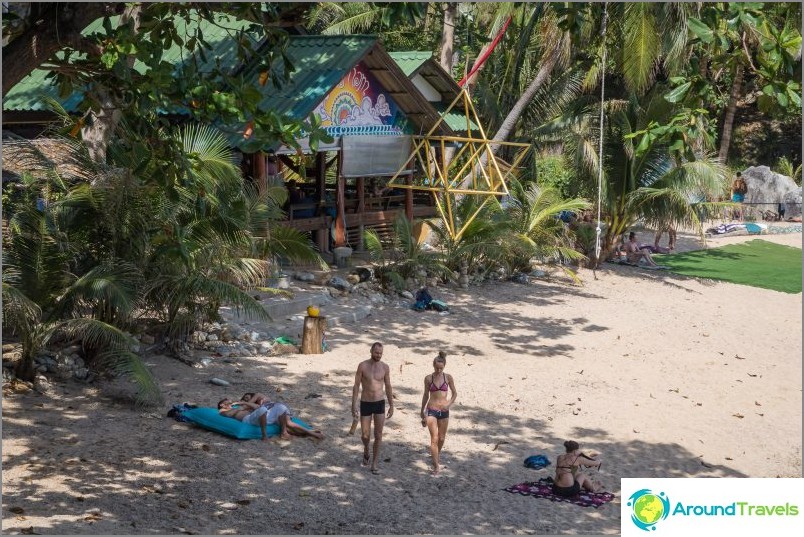 The shadow on the beach is okay 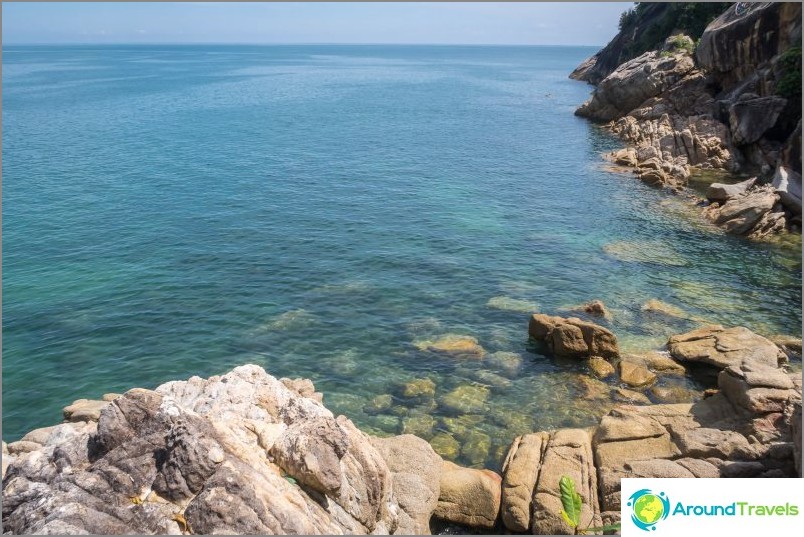 The water is amazingly clear 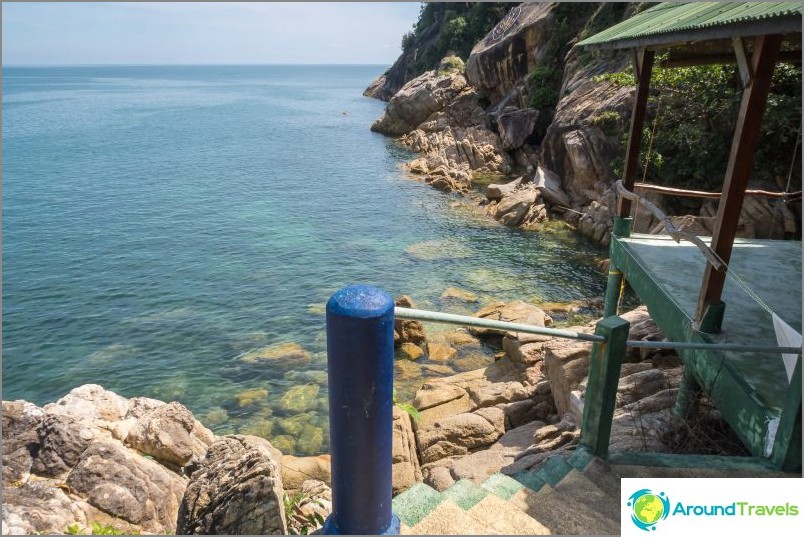 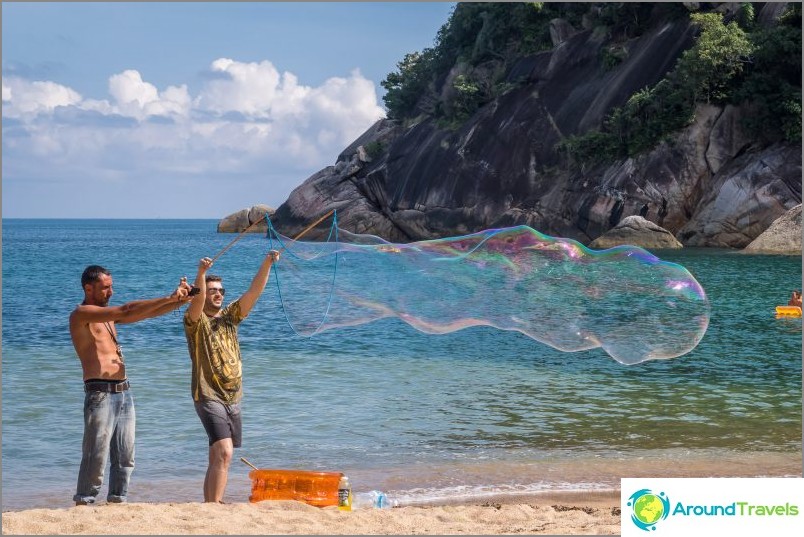 The beach was chosen by strange people, by the way

The infrastructure on Wai Nam is one bar and several bungalows scattered in the depths of the greenery. There are no shops, walking streets or markets here and there never were. All sights are located far away, given the isolation of the beach and the total underdevelopment of land routes.

Of the sights - Gais Bar on the neighboring Haad Tien beach, which can be reached on foot in a few minutes. But more often it happens the other way around, people come to a party at the Gayz bar and the next day, in the morning or in the afternoon, some of them flow to Wai Nam, where you can swim and continue the evening party (autopath).

The houses belong to a resort, the name of which I do not remember and outwardly look a little more than simple. Wooden single-layer walls, windows with shutters, brick outbuildings of a bathroom and a septic tank, facing directly into the bay. In the interior of the island there are already houses a little larger and more serious, but this “a little” hardly noticeable.

There are only two options: ride a scooter through the jungle and add yourself a medal for nerves of steel, or afford the waste and hire a boatman, as most tourists in Phangan do. I will not tell you the overland route, because this is a matter for people with experience, and with the roads there, this will not be a trip for weaklings.

It will be much easier and healthier to pay 300 baht for a boatman, swim unscathed and hang out along the shore with a camera in full hands. 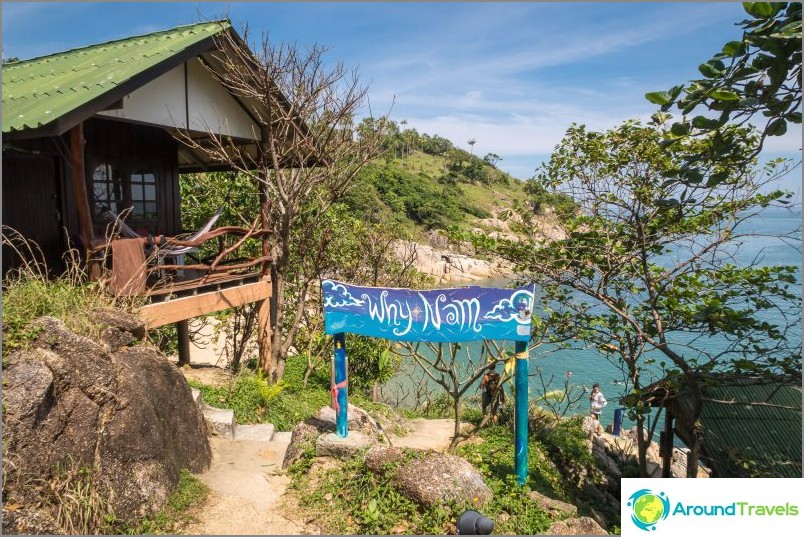