Wenceslas Square is named after Prince Wenceslas, who was killed by his own brother in the tenth century, because of his religious beliefs, and for the throne, too. Subsequently, Wenceslas was canonized and revered by both Catholics and Orthodox Christians. By the way, the famous cathedral in Prague Castle also bears the name of Wenceslas.

Wenceslas Square consists of two highways separated by a pedestrian zone in the middle. Therefore, an inexperienced person will never think that he is walking across the square. This boulevard starts at the permanently renovated National Museum and ends at Na Prikope street. In total, it turns out about 750 meters.

Wenceslas Square is a concentration of shops, restaurants, boutiques and pubs, which are located in the foundations of old buildings dating back to the 19th and 20th centuries. Opposite the National Museum there is an equestrian monument to St. Wenceslas. During the day it is good here in sunny weather, and in the evening - at any time of the year, thanks to the cozy and well-thought-out lighting.. 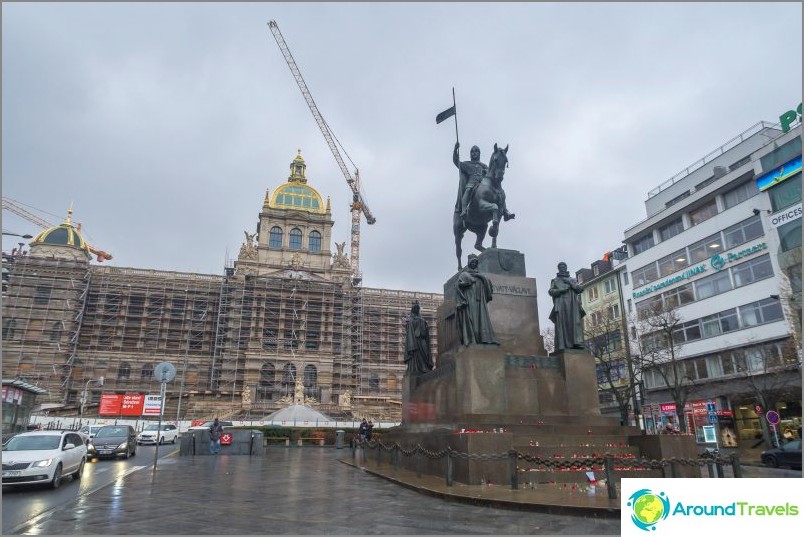 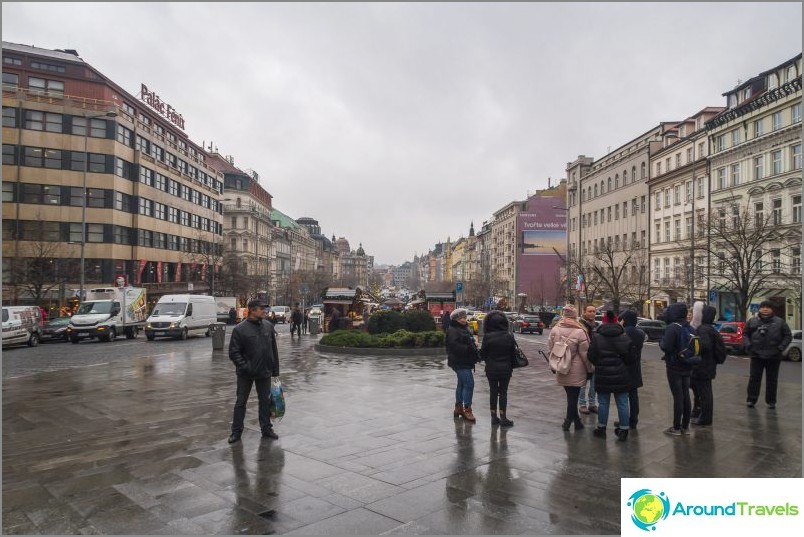 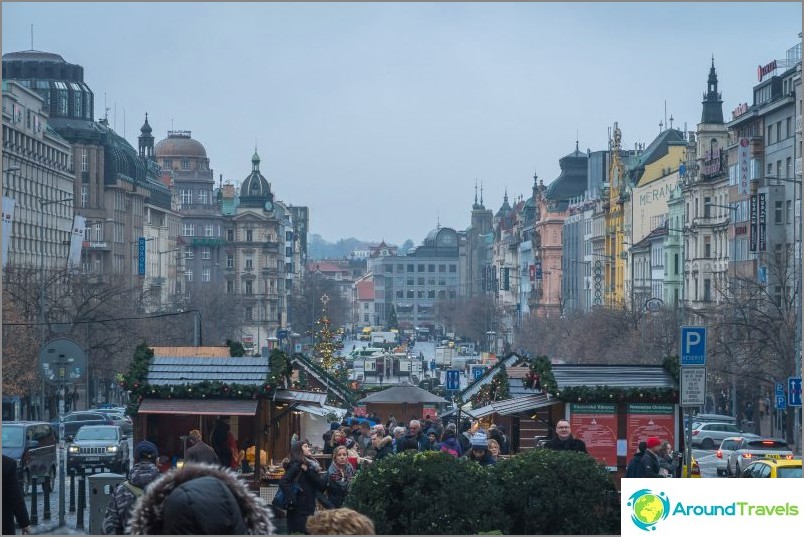 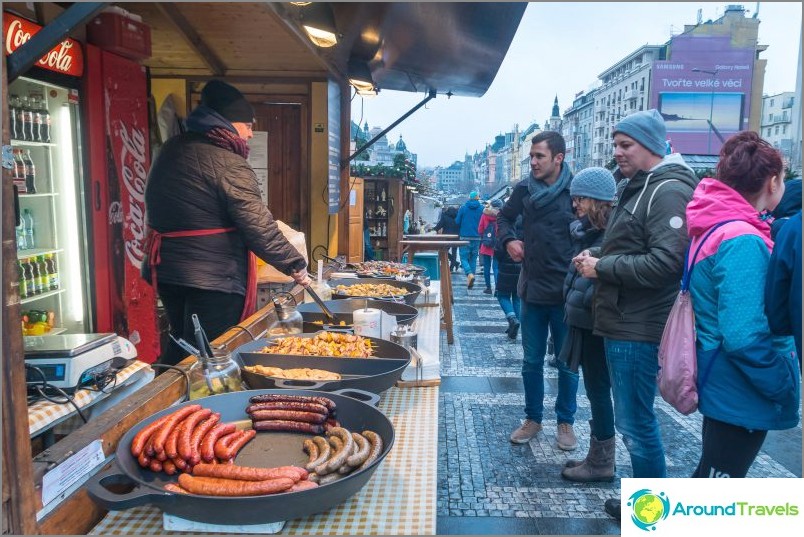 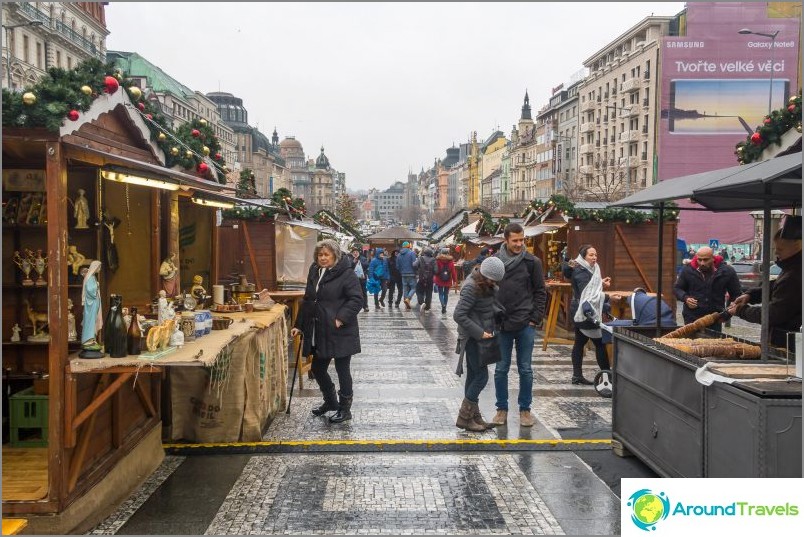 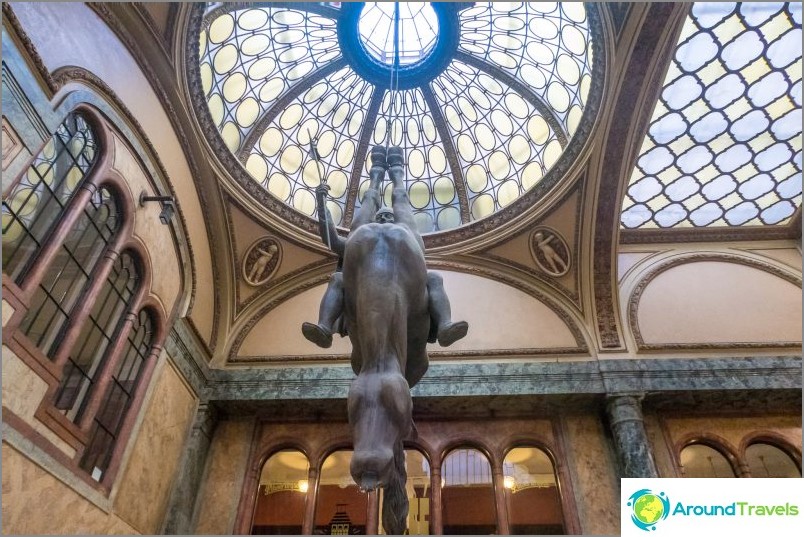 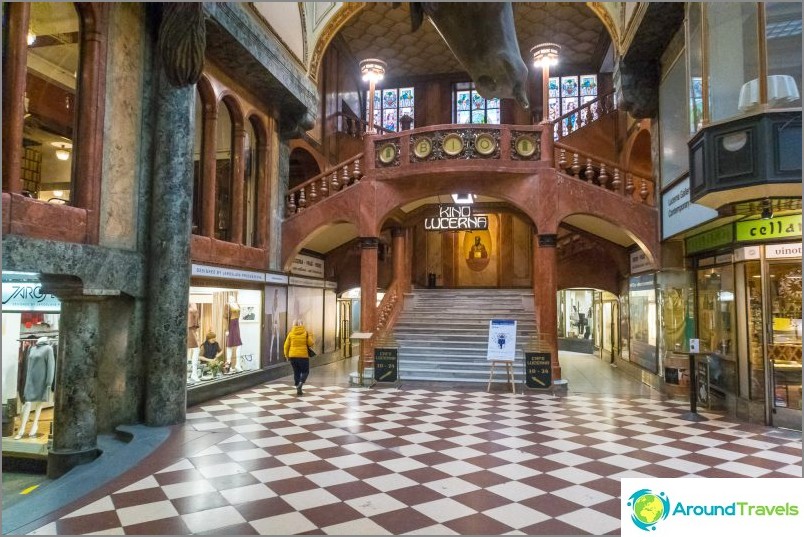 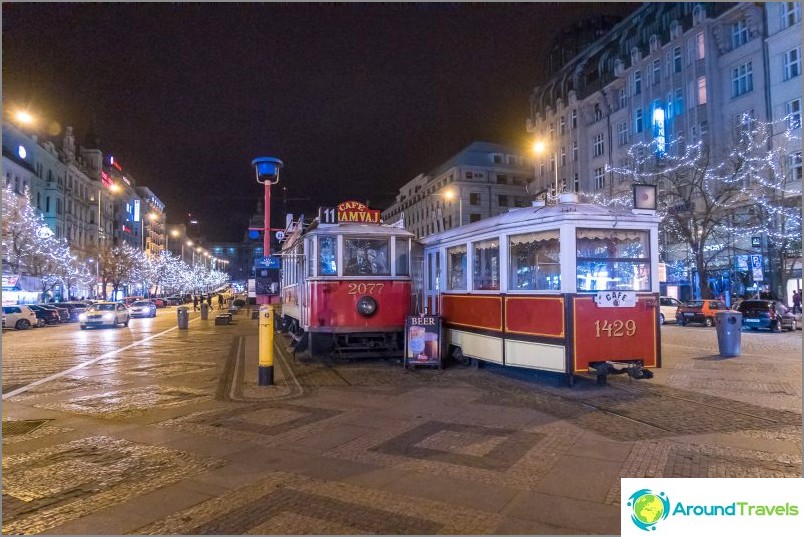 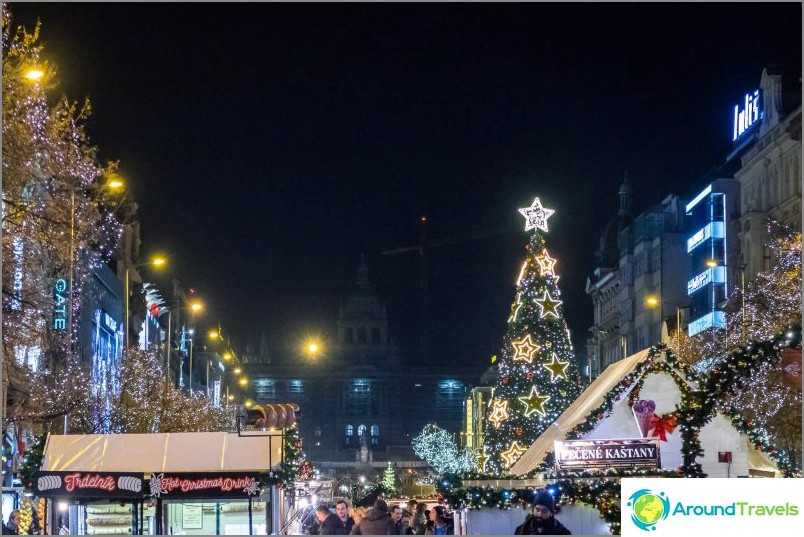 Wenceslas Square began its history in 1348, as the Equestrian Market, created by decree of Charles IV. Until 1877, horses were actually sold here and everything that could be bought or sold. In addition to the stalls on the square, there were dwelling houses of artisans, shops and workshops. In the Middle Ages, executions were carried out here.

In 1680, an equestrian statue of St. Wenceslas appeared on the square, which, two hundred years later, will be transferred to Vysehrad, and instead of it, the already known, new version of Wenceslas on horseback will be installed. Closer to the 20th century, not only the facades of buildings begin to change on the square, but also the political life of Prague and the Czech Republic as a whole.. 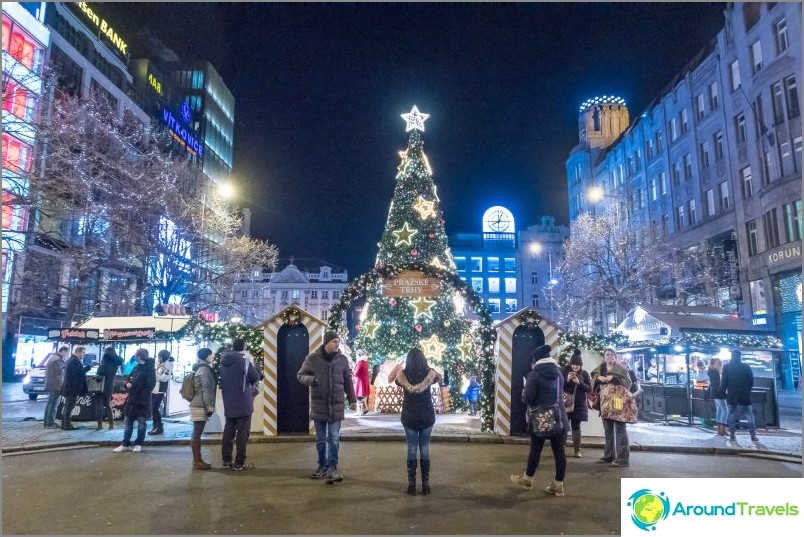 During the German occupation, after the episode with the assassination of Heydrich, Wenceslas Square became the site of a mass oath of allegiance to the Reich, although this did little to help the 1,300 people who were executed in revenge for the assassination attempt. And here, on the square, there was a solemn announcement of the end of the Second World War..

In 1948, the February coup took place, and the communists came to power, and Wenceslas Square became the venue for their rallies. In 1968, Soviet tanks, sent to suppress popular unrest during «Prague Spring». A year later, in protest against the introduction of Soviet troops, a Czech student committed an act of self-immolation.

Admission is free, free, rather difficult with parking during peak hours.

In the evening, there is an influx of marginals, which somewhat spoils the impression of the attraction, but in the cold season there are much fewer homeless people.

The best view of Wenceslas Square - from the steps of the National Museum.

Wenceslas Square
The square where political rallies and processions are held, in the past - the Horse Market. Several significant events in the life of modern Czech Republic are associated with this square..
More about the area. 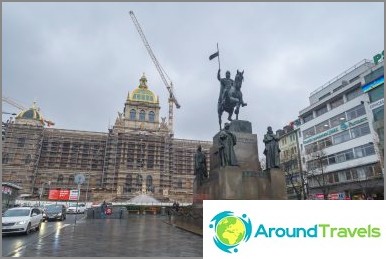 The square where political rallies and processions are held, in the past - the Horse Market. Several significant events in the life of modern Czech Republic are associated with this square. More about the area.