Holidays in Cyprus in June 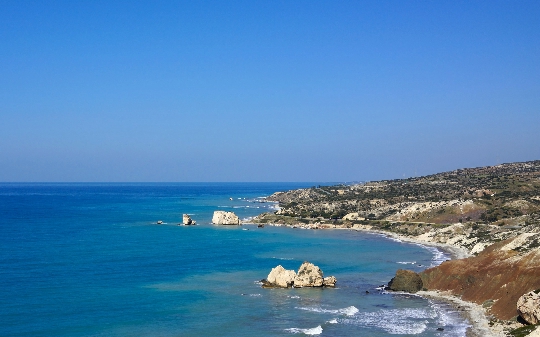 Cyprus has long and firmly held a leading position among other European countries involved in the organization of beach tourism. There are a lot of attractive points - the infrastructure, favorable for recreation, the mild Mediterranean climate, clean beaches, rewarded with blue flags. Holidays in Cyprus in June may not give any special thrills, but it will allow you to relax well and forget about the tense rhythm and constant stress.

The Cyprus summer, which began in May, is actively gaining momentum and degrees on the thermometer, which shows + 30C ° on land, + 26C ° in the water, which allows tourists to relax quite comfortably.

During the day, it is advisable to use sunscreen, and take a break from sunbathing closer to noon. But the evening and night will delight you with the warmth, which is used by tourists, making long walks under the starry Cypriot sky..

At the end of June, all of Cyprus is preparing for a large and pathetic event, the name of which - Kataklysmos - is frightening enough for a Slavic ear. This is just a Water Festival, nothing destructive will happen in the life of vacationers..

But you can see with what a scale the locals know how to relax and celebrate. Crowds of spectators gather to watch a unique show - a traditional regatta. The program of the holiday also includes other events: a fair, a parade of ships, festivals of folk art.

Cypriots, knowing about the great love of Russians for vacation on the island, hold the Russian-Cypriot Festival in June as a token of gratitude. The resort city of Limassol receives guests and participants, so tourists who come here will have to remember the words of their favorite songs, the main movements of Russian folk dances and learn the locals.

The second landmark event taking place in June in Limassol is the theater festival in honor of Shakespeare. It is held for more than one day and not on the same site, and even in the open air, which adds to the spectacle of the performances. To participate in such a grand event is an honor for any theater in the world..

Since Cyprus is located at the crossroads of sea routes, many tourists take the opportunity to combine their holidays on the island with study trips to neighboring countries. The ferry service allows you to reach the Greek islands of Crete and Rhodes, the Egyptian city of Port Said or the Israeli Haifa.

How to relax in Cyprus (part 1)

Photos of holidays in Cyprus