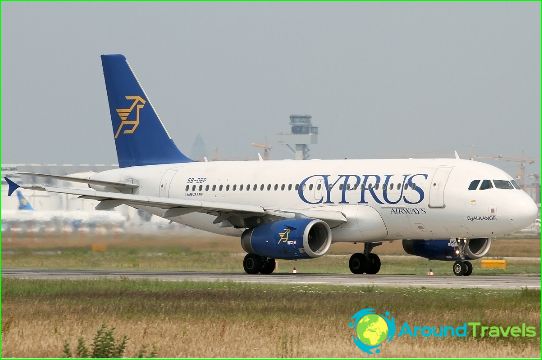 Today, public transport in Cyprus is at a fairly developed level, and thanks to regular bus routes, it allows travelers to easily get to places of interest..

In the country, you can use the services of the following buses:

Taxis are quite popular in Cyprus: you can get around by intercity (they leave every half hour, accommodate up to 7 people, and it is advisable to book seats in advance by calling the local taxi office), urban (you can order them by phone or catch on the street) and rural (boarding and disembarkation is carried out in the villages at special parking lots) taxi.

Since excursions on the island are quite expensive, and buses do not go to all places of interest, it is more profitable to rent a car to explore Cyprus. To do this, you must own an international driving license and be at least 25 years old..

It should be noted that in Cyprus there is left-hand traffic, and rented cars (prices start from 35 euros) are assigned red numbers.

Sometimes concessions are made for tourists, but large fines can be imposed for gross violation of the rules (talking on a mobile phone - 150 euros, driving with an unfastened seat belt - 90 euros).

By renting a bike, you can not only get to know Cypriot cities, but also take a trip to the Troodos Mountains along special cycling routes. Such routes are laid, for example, in Ayia Napa to Cape Greco, as well as along the waterfront of Limassol. It is worth noting that if you rent a bike at one station, you can return it to another..

There is no domestic flight and railway transport in Cyprus, so it is advisable to give preference to road transport to move..