Hamburg suburbs - photo, what to see 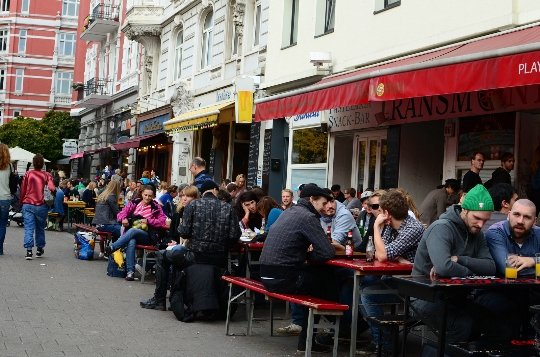 One of the largest cities not only in Germany, but also in the European Union, Hamburg traces its history back to the 5th century AD. Its growth was associated with the development of sea routes and the city was the main water gateway to Germany. The center and suburbs of Hamburg are always full of tourists who want to touch the fascinating past of the "Free and Hanseatic City".

From the heroes of the old days

Northern Germany is famous for its magnificent castles built during the Middle Ages:

Lubeck is not officially listed as a Hamburg suburb, but its proximity to Germany's second largest metropolis gives the traveler the opportunity to take a day trip there and get to know the interesting past of one of the four free Hanseatic cities.
The historic center of Lübeck is under the auspices of UNESCO, and its main architectural sights are undoubtedly very interesting and significant.
The miniature fortress of the 15th century, called the Holstein Gate, is a famous symbol of Lubeck. Today it houses a historical museum, the exposition of which tells in detail about the glorious past of the Hansa trade union, which had business relations with Veliky Novgorod..