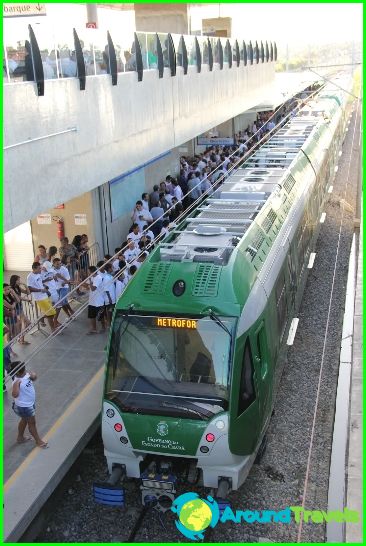 The design of the subway in the Italian city of Brescia took more than twenty years. After the approval of the project and the holding of a popular referendum in January 2004, construction work began. They were repeatedly frozen for various reasons, and only in 2013 the first stage of the Brescia metro was solemnly put into operation..
The only branch so far is marked in blue on the diagrams. It starts in the northern part of the city at the Prealpino station. The route then continues south, turns there at right angles to the southeast and ends at the station of Sant'Efimia. The total length of the Brescia metro line is 13.7 kilometers, 17 stations offer their services to passengers.
Each train serving the Brescia metro can accommodate up to 300 people at a time. The maximum speed of its movement on the route is 80 km / h. The trains are under automatic control. The development project of the Brescia metro contains the construction of two more branches.

Payment for travel in the Brescia metro is carried out using rechargeable smart cards. To save money, it is worth buying a travel card for a day or a week, which will cost less than one-time trips..