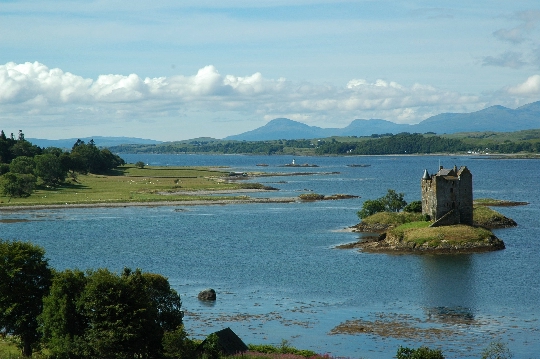 Large rivers of the country flow from west to east, but the small and unsuitable for navigation rivers of Great Britain are directed to the south. Why? It is not clear, but it is worth taking this into account when drawing up a travel itinerary..

The total length of the Thames is 334 kilometers. The source is the Cotswold Upland. The Thames passes through London, and then rushes to the waters of the North Sea. The Thames almost never freezes. The only exceptions are very cold winters, which are rare in England..

In its lower reaches, the Thames is influenced by the North Sea, which is reflected in the rise in water levels during high tides. They reach the city of Teddington. To protect the territories adjacent to the banks of the river, dams were erected. In cities, high embankments took over this role..

The Thames bed is navigable practically along its entire length. Barges can go up to the town of Lechleil. Ocean ships can reach Tilbury without any problems. The waters of the Thames host the famous Henley Regatta every year.

River in North West England. Its length is only 63 kilometers, and then it flows into the waters of the Mersey. Irwell played a rather striking role in the development of Manchester in the 17th-18th centuries, since its shores were used as trade routes connecting Manchester with other cities..
The river underwent dramatic changes during the construction of the Manchester Canal.

Unfortunately, the river turned out to be rather heavily polluted. Irwell's restoration began in the middle of the last century. And today it is ready to receive traveling tourists, and is also used for sports and amateur rowing, and, of course, excellent fishing..

Liddell Water is a river in southern Scotland and northern England. For the most part, it runs along the border separating these areas of Great Britain. The source of the river is the confluence of the three streams of the Caddrawn, Warmskleth and Peel Creek. A little further downstream, Dawston Creek also begins to feed it..

The river bed runs through the English county of Cumbria. The source is the Black Fell Wetland (Molsteng County). The length of the river is 145 kilometers. The river has several names at once: in the beginning it is Red Gil Back; hereinafter - Hal Gil Back; then - Ace Gil Back. And only after that the river becomes Eden.

The main direction of the current is to the north. When traveling, you should definitely stop and see «Long Meg and Her Daughters» - «Long Mary with her daughters». This is an ancient structure, which are huge stones arranged in a regular circle. The confluence of the Eden and Kaldu rivers is also noteworthy. It is here that a defensive fortification is located, dating from the arrival of the Romans in the lands of Britain..