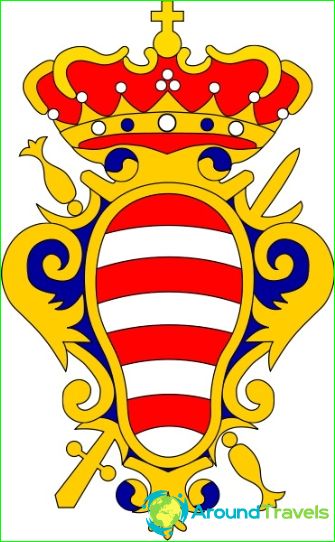 Croatian Dubrovnik, located on the Adriatic coast, is a major seaport and one of the most popular resorts in the Mediterranean..

Until recently, it was believed that the history of Dubrovnik began with a small settlement of Ragusa on a small rocky island separated from the mainland only by a rather narrow channel, which in the first half of the 7th century became a refuge for refugees from the destroyed, as a result of the invasion of Avars and Slavs, neighboring Epidaurus (modern Cavtat). The latest archaeological excavations suggest that a settlement existed on the island since ancient times..

After some time, almost opposite the island, at the foot of Mount Srdzhi, the Croatian settlement Dubrovnik arose, which probably got its name from the densely growing oak groves here. Dubrovnik grew rapidly and in the 9th century the two settlements actually became one. The canal separating Ragusa and Dubrovnik was completely drained around the 11th-12th centuries, and in its place was Stradun Street - the main street of the Old Town and one of the most favorite walking places for both locals and guests of Dubrovnik. And although both names of the city have been in wide use over the centuries, in historical documents it is still predominantly found «Ragusa». Name «Dubrovnik» the city officially received only in 1918.

For a long time, Dubrovnik was under the protectorate of Byzantium, while still having relative autonomy, allowing it to independently make a number of decisions and regulate internal political and economic processes. In general, the Byzantine rule favorably affected the development of the city as a major trade center. During this period, shipbuilding also actively developed in Dubrovnik..

In 1205, the city came under the control of Venice, which tried to concentrate all power in its hands as much as possible. The Venetian rule lasted just over 150 years. In 1358, the Zadar Peace Treaty (also known as the Zara Treaty) was signed, according to which Dubrovnik, along with the other coastal lands of Dalmatia, known by the time as the Commune of Ragusa, came under the control of the Hungarian-Croatian crown. Soon the commune turned into a republic, in the status of which it existed until 1808.

Being only under the nominal control of the first Hungarian-Croatian crown, and from 1458 the Ottoman Empire, observing neutrality and showing miracles of diplomacy, the Republic of Ragusa, with its administrative center in Dubrovnik, became actually an independent maritime power, the peak of which flourished in the 15-16 centuries.

In the 17th century, the economy of the Republic of Ragusa was already experiencing a rather significant recession, which was greatly facilitated by the crisis in Mediterranean shipping. In 1667, Dubrovnik experienced a severe earthquake, which thoroughly destroyed the city and claimed thousands of lives. The city was soon restored, but he could no longer recover and regain its former influence..

During the Second World War, the city was occupied first by Italian and then by German troops. In 1945, it became part of the Socialist Federal Republic of Yugoslavia as part of the Croatian People's Republic.

In 1991, Croatia declared its independence, which resulted in a powerful military conflict. For almost seven months Dubrovnik was besieged by the troops of the Yugoslav People's Army and was repeatedly bombed, causing colossal damage to the city, including its historical center. Unfortunately, there were human casualties. After the end of hostilities, a long process of rebuilding the city began. Large-scale construction and restoration work was completed only in 2005.